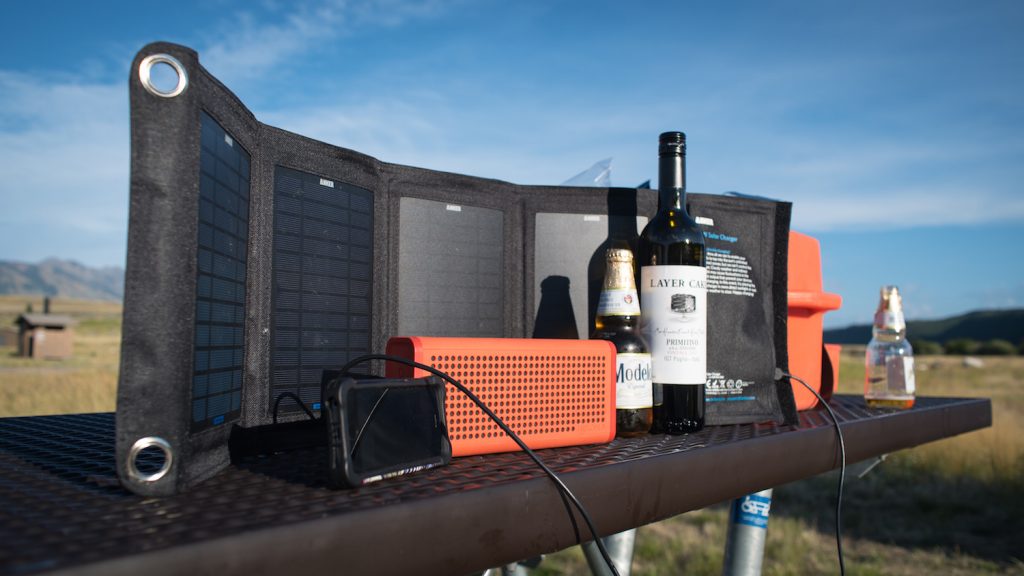 Whether it’s a casual float/fish day with the family, the front of a flats skiff, or around the campfire in Steelhead camp, more and more folks are taking their music/media into the outdoors. It’s so easy now. You’re iPhone can hold thousands of tunes, and the myriad of Bluetooth speakers available offer great sound at an affordable price.

Before the carpet bombing begins, let me say that I am not promoting the blasting of loud music while fly fishing on the Missouri – or any other – River. You gotta have some respect, and keep the volume at a level that fills the gunnels of your boat, but no more. I often hit the “stop” button when I’m approaching a group of anglers. If it’s a bunch of college girls in bikinis, I turn it up.

But it’s not just for the boat. It’s always nice to play some mellow tunes at lunch, or in camp during the evenings. A quality speaker can even drown out the never ending ramblings of the “experts” that seem to show up no matter where I camped.

Headhunters pal and World Angler Jon Yousko (see the most recent Drake issue) turned me on to the Nixon Blaster ($125 at Nixon). This is by far the best on-water speaker I have used.

The rubber exterior can handle some serious bumps and bruises. You can literally throw it around, and it’s “weather-proof” as well. I would call it almost water-proof. JY and I have bombed around some heavy chop in the keys for days with the Blaster cranked as saltwater spray continually soaked it. Kept going. (full disclosure: I think JY finally smoked his first Blaster after long term continual use in the saltwater)

The rubber coating also makes it “stick” wherever you set it. That can be on the gear bags, the cooler or the console of a skiff. It doesn’t slide around. The Nixon Blaster also has excellent battery life, and I’ve yet to have mine run down in a single day.

Another huge advantage over some other BT speakers is that the nixon has volume, play/pause and skip buttons on the speaker. This means you can keep your iPhone protected somewhere safe, and still have reasonable control over what you hear.

But the most important thing when choosing a speaker is the sound, and the Nixon has excellent, deep sound that meets that of a high end Bose BT Speaker that I have at home. Good bass also means you can keep the volume down a bit.

One of my favorite places to take some tunes is on a multi-day float trip. Tunes in the boat are great. But tunes in camp are a must have for some. Myself included.

The key here is charging the device. If you leave your iPhone on “Airplane” mode, it should last a couple of days. But the speaker is going to croak. Enter some lightweight solar panels.

Ultralight solar panels have been around for several years, but the technology and options have really improved in the last 2. I use the Anker 14W Dual -Port solar charger (Amazon). It costs $50, has a pocket big enough for a couple of USB cables and the corner grommets allow me to lash it the the top of the gear in the back of the raft.

On a 5 day Steelhead trip last fall, we played tunes while we charged both devices during the day, and played them all night in camp. Of course you will need sun, and there is no guarantee of that on a late-fall Steelhead trip in a steep walled canyon. 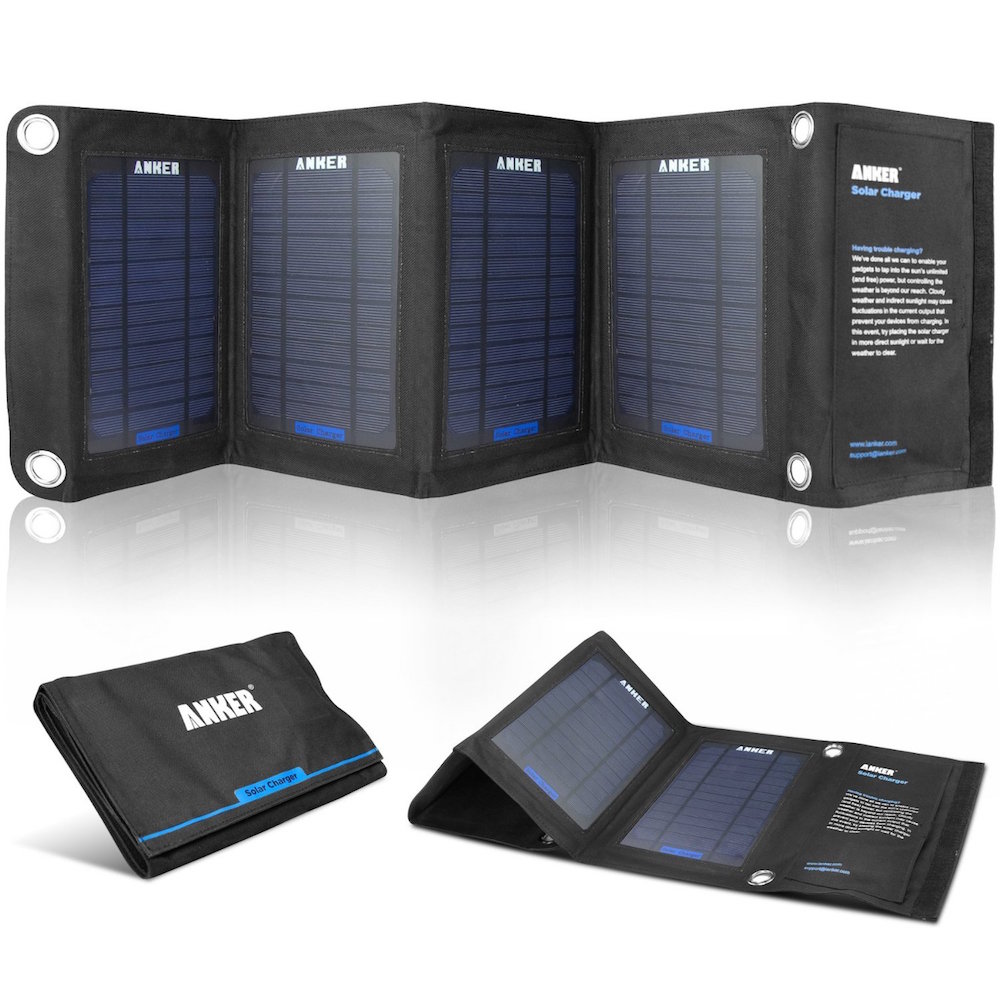 So that’s how we setup our Boat/Camp Tunes. Pretty simple, and amazingly affordable. Technology advances, and so do we.

I don’t roll this every day, but when the time is right (spring streamer fishing, Florida Keys, Steelhead Camp) I do. If I’m with anglers I don’t know or in a more intense situation, I don’t. As long as we keep the volume at a moderate level, everyone should be happy.

And while I love some AC/DC in Camp, I’m more likely to listen to some Wrinkle Neck Mules on the river… 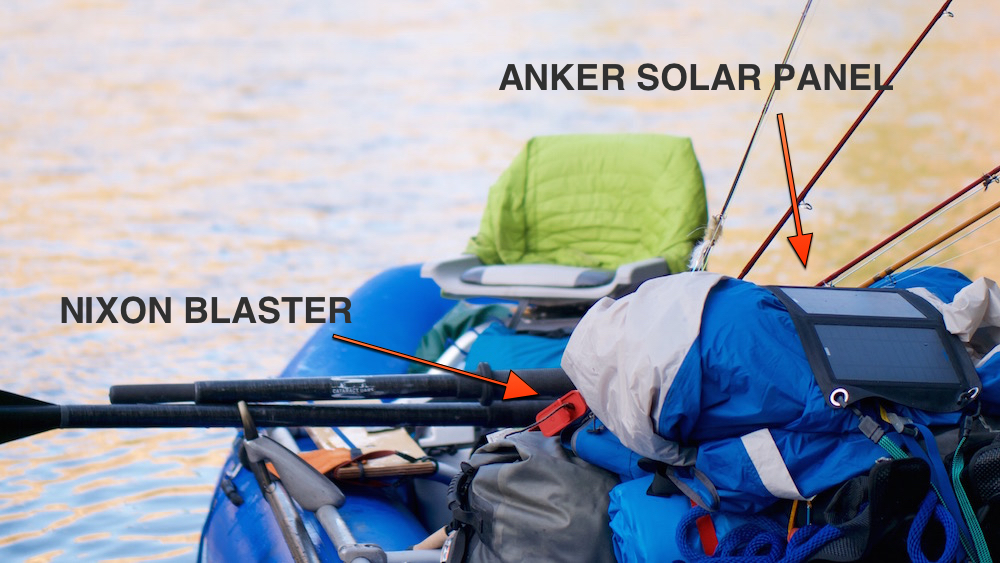