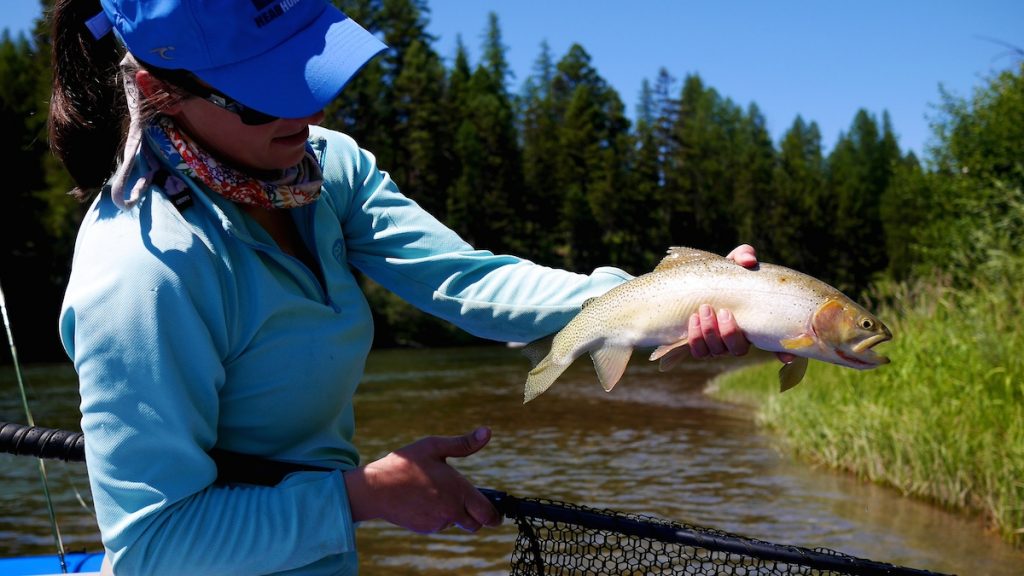 Sara and I hit the Blackfoot the other day, along with my 9 year old daughter Adair. Rumors that some Spruce Moths were hatching had us up early and on the water, despite the fact that we’ve been working very long hours and fishing hard early and late here on the Missouri River.

The drive to the Blackfoot is just over an hour for us. Not bad, but the “early-on” culture at Headhunters required that I roust a 9 year old out of bed at 5am and hit the road. No easy task, as I had to ready the raft, gather the proper tackle, get gas and lunch… Thankfully, I didn’t have to roust the 29 year old out of bed. She was waiting for us with coffee at the Stray Bullet Cafe’ in Ovando.

Fishing the Blackfoot is an entirely different experience from our home waters on the Missouri River. Scenery, shade and crystal clear waters trump big fish and technical presentations. And there’s Cutthroat. Both Sara and I learned to fly fish chasing Westslope Cutty’s in Idaho (my spoiled daughter learned to flyfish on the Mo’). We both love them, and they represent the wildness of the Northern Rockies.

The fishing experience isn’t necessarily “trophy”, but the river experience is. There’s a very mountainous and remote feeling to much of the Blackfoot, at least when compared to most famous Montana trout streams. Cutthroat are the main quarry, but you’ll also encounter Brown, Rainbow and Bull Trout.

At one point, Sara spotted two big Cutts rising delicately in some flat water near the bank. By “big”, I mean these were 14, maybe 16 inch fish. Sara was pretty excited – I could tell she wanted to fish for them –  but let Adair work them with a dry.

Adair is used to the quick takes of the Missouri, and she pulled the fly away from both fish before they got there. You know how slow those Cutts rise. She managed to get several more looks from the fish, but they wouldn’t be fooled again.

It was a pretty intense session, reminiscent of working some big rising fish on the Missouri. As we moved on, Sara continued to work the water hard, hitting every bucket, seam and riffle. She picked up several nice Cutts before we pulled over on some risers. 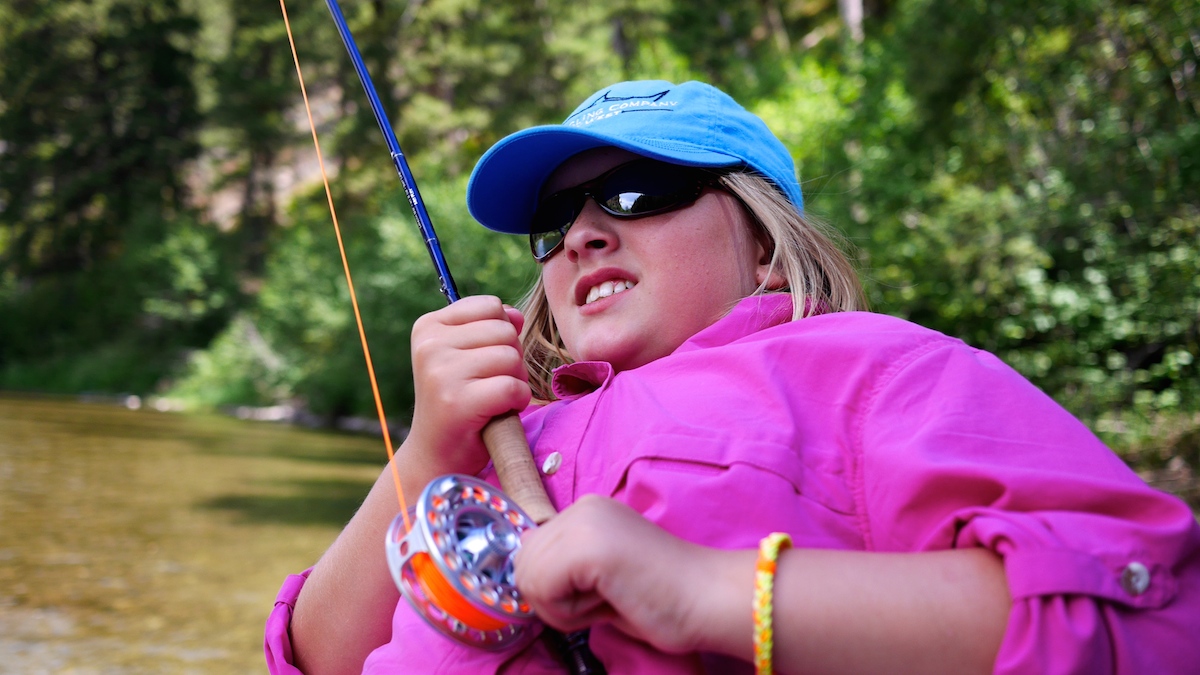 Adair leans into a native 17 inch Cutthroat Trout she caught on a Spruce Moth pattern.

Adair got another chance and nailed a very nice fish in the 17 inch range. These Blackfoot Cutts are very healthy right now. Heavy and strong, it’s a chore to pull them out of the slots that run through the bedrock bottom.

The fishing and hatch began to taper off late in the afternoon, though we still caught some smaller fish and Sara nailed a nice Brown on an Ant pattern. The fishing slowed, but the scenery and speedy riffles made the float out enjoyable.

While big western fisheries like the Missouri, Henry’s Fork, Platte and Bighorn garner so much attention, pure freestones like the Blackfoot are often given second class status. They shouldn’t. While Sara and I have had much better fishing recently – in terms of numbers and size – back on the Mo’, we both enjoyed a day off on the Blackfoot even more.

There’s something to be said for not having a specific game plan for each fish. Just floating down the river, flicking a dry out over the water. Kind of like it’s supposed to be. 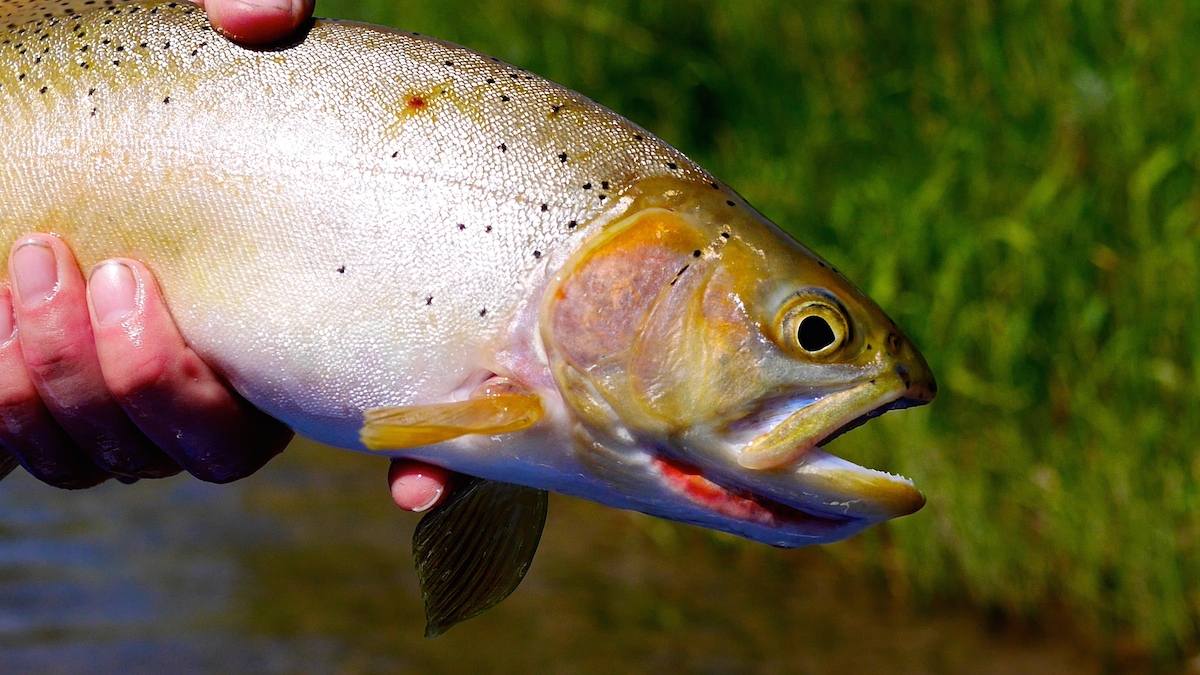