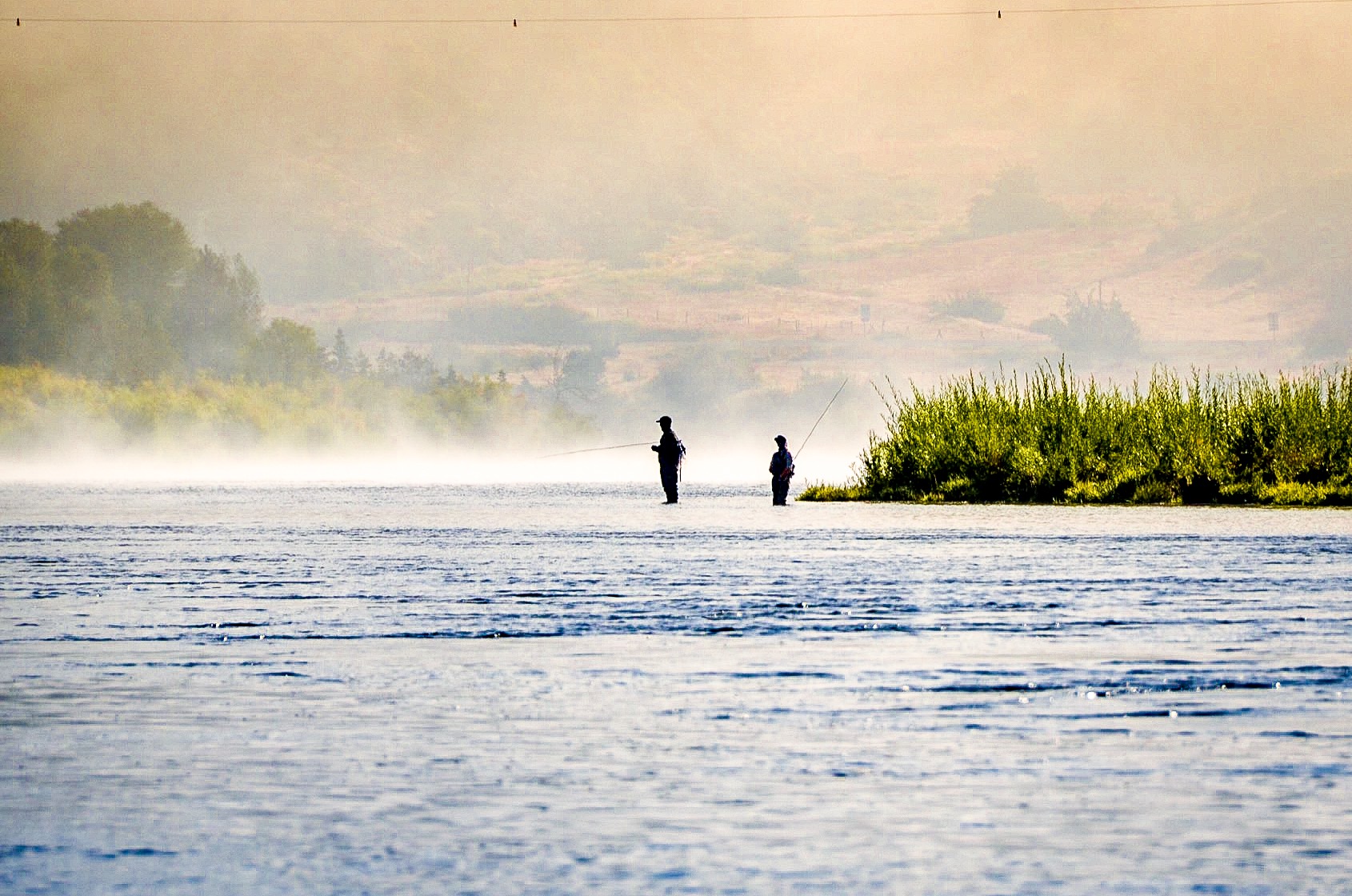 As we head into a couple of weeks that are promising consistent weather, I expect the Trico Spinner fall to improve and become a bit more reliable. The weatherman says daytime high’s for the next two weeks will be in the high 60’s and 70’s. Perfect for morning spinner fall activity.

2020You’ll also find a few Callibaetis out there. Hatches are typically localized, which is normal for this slow water bug. I often keep my eyes peeled around slough mouths for a few big speckled wings. If I see them I may try it for a hundred yards to see if the fish are on them.

Nymphing has been excellent on the upper river, using the typical late summer small, flashy mayfly and Caddis patterns. Weight flies in both gold and purple up front, and your little guy behind. And do not ignore two Missouri River staples this time of year. The black Zebra Midge and the Tailwater Sow Bug. While commonly fished below the dam this time of year, they can be very effective well down river.

Weeds are fair, especially if you’ve been fishing the Mo’ for years. They will be at their worst when strong winds shift direction and push them off the banks. But you can always find clean water to fish.

Streamer fishing, both from the boat and the two-handed variety is pretty good. Go early if you want to hit a few big ones on a Minnow. The longer you’re on the water before the sun hits the surface, the more fish will end up in your net. We like flashy Minnow patterns this time of year. If you’ve spent any time on the Missouri this summer, you’ve seen the abundant fry along the banks. I’m pretty certain the trout have as well. Don’t forget to include plenty of leeches and softies. We love the Sparrow and Carey Special for the duration of our Autumn session.

If you’re swinging a spey rod, you’ll also want to have some soft hackles that imitate Caddis and small mayflies (think Pseudos). Other food sources to consider swinging include Damselfly and Dragonfly nymphs, Leeches and larger scuds.

While water are at their warmest, they cooler than average for this time of year. While afternoon fishing shouldn’t have a severe impact on the fish, you should still fight fish quickly, keep them in the water while removing the hook, and try to release them in weed free water that is moving. That calm, shallow water near the bank can be 5-10 degrees warmer than moving water a few yards further out. And trout don’t like that

The entire river is fishing, and should remain that way for the rest of the year. While the Canyon and below seem to have fewer fish than historic levels, there are still enough if your willing to be flexible.