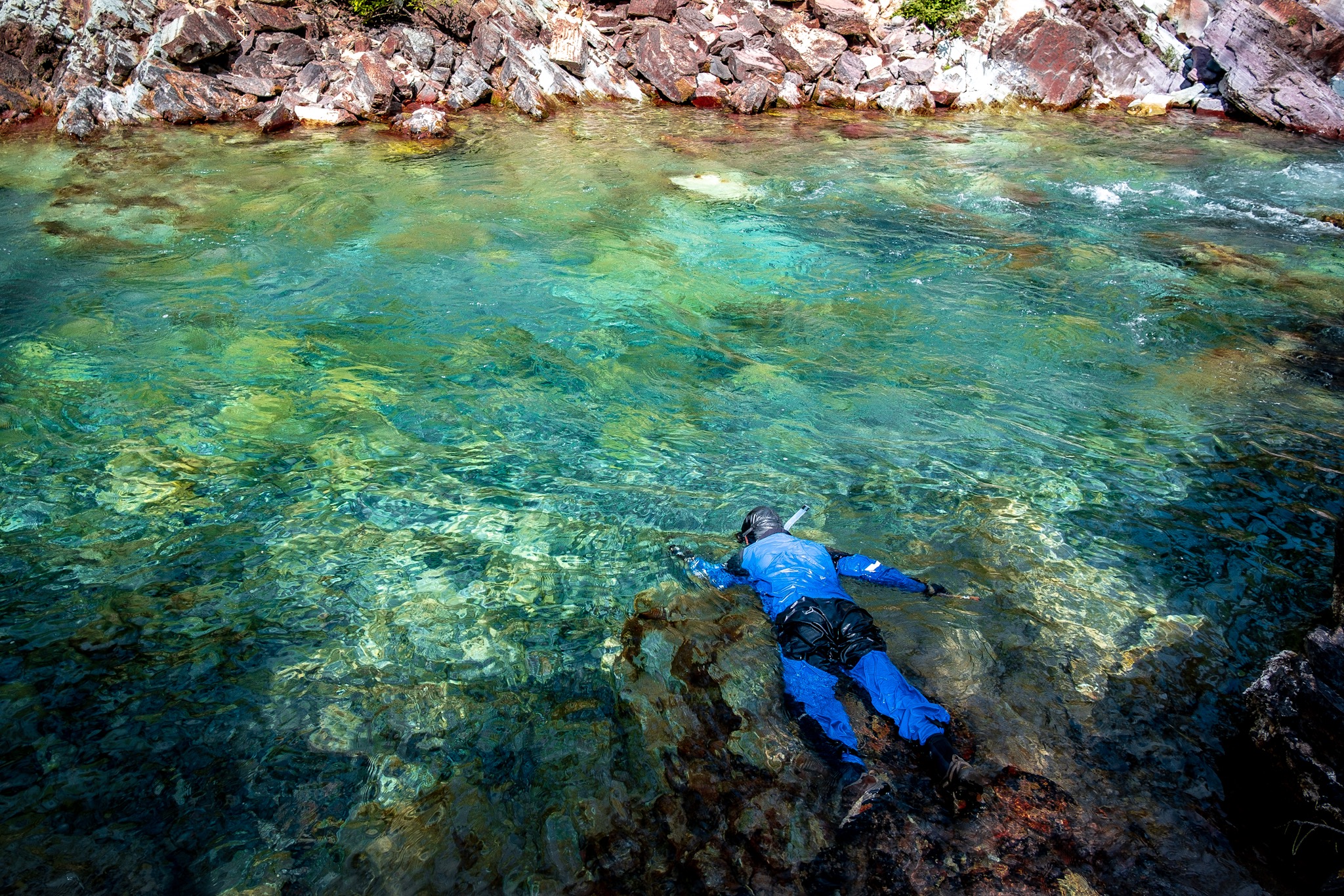 I spent a day with my friend Pat Clayton helping him shoot some underwater trout images. By helping, I mean sitting on the bank and watching him slip into the icy mountain water to take photos. Occasionally I take a few above water pictures and catch a few fish.

Most people know Pat by his business/social media name Fish Eye Guy Photography. He specializes in underwater images of Trout and Salmon, and is one of a small group of photographers who put out the extraordinary effort required to capture art quality images of these subjects in their natural environment. Watching the time and patience Pat puts into easing into the water, doing a little recon to see who’s in the hole, then creeping closer and closer to the fish to get the perfect shot is really amazing. It’s a tedious process that rarely produces the images Pat is looking for.

It’s also physically intense. Pat’s pack is loaded with full frame camera gear and multiple lenses, a drysuit (and the many layers of insulation he wears under it) batteries, flashes, tripods and usually some fly fishing gear as well. Oh, and I forgot the huge and heavy underwater camera housing. Also throw in the usual hiking/backpacking gear and clothing… you get the idea. It’s a heavy pack.

Above: a picture I took of Pat hard at work in his drysuit, searching an icy mountain stream for native trout. Below: a picture Pat took of a beautiful Cutthroat Trout I had released about an hour before. One of the few times I was able to tell Pat what was in a pool before Pat told me. 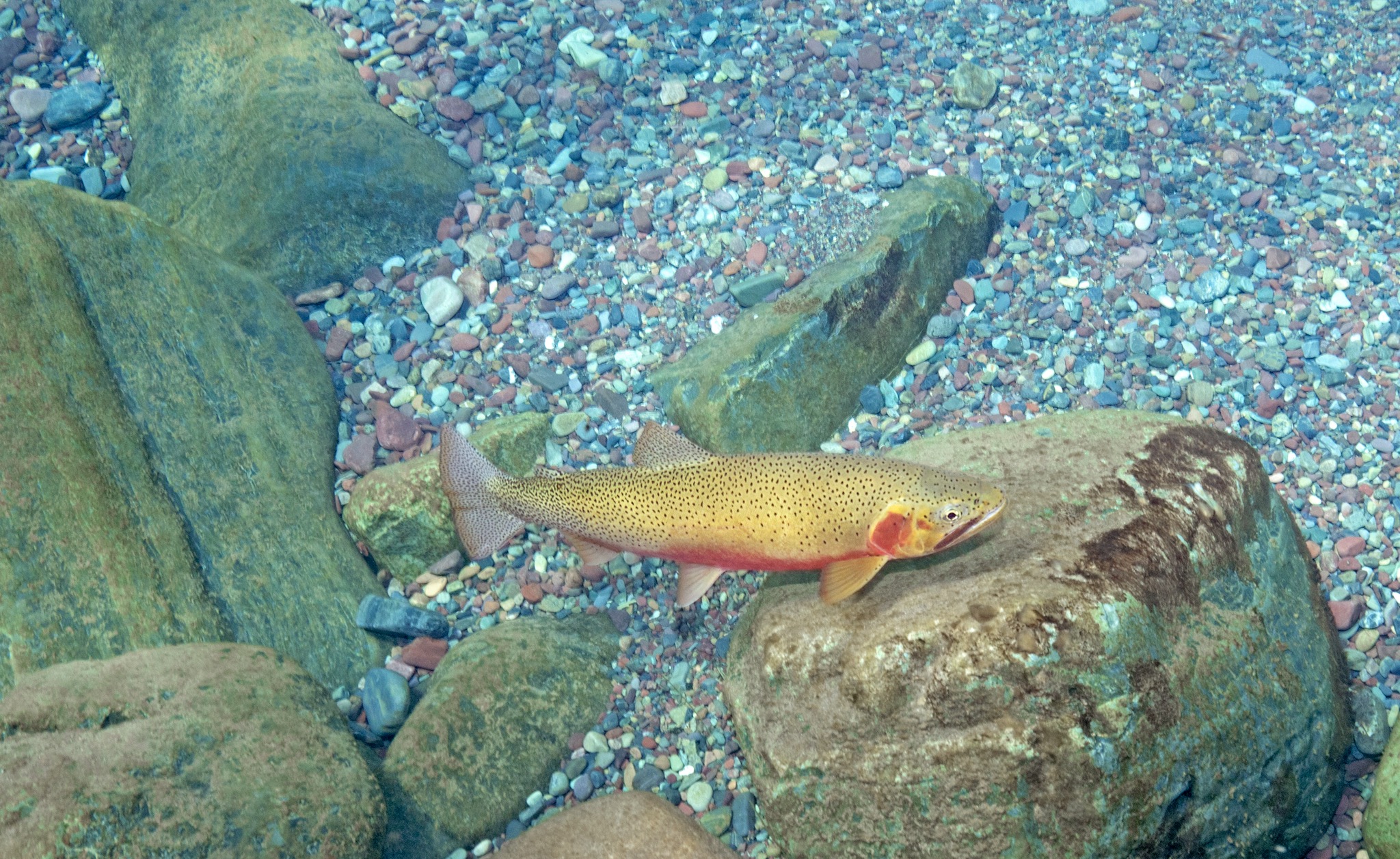 So interesting to fish a stream with Pat. You can cover a pool thoroughly, maybe catch a few, then Pat can tell you whats actually in there. At my stage of the game, I’m as interested in watching how Pat approaches his work and the river, as I am in catching a few more trout.

If you want to check Pats artwork, go to his website or his Facebook page. Cool stuff, including short video clips on FB. An even better way is to visit his gallery on the main drag (Broadway Street) in Philipsburg, MT. If you’re lucky you can drag a few stories out of him about how he captures these images. If you’re in Philipsburg, I highly recommend it, and you’ll see some great wildlife and mountain shots as well.