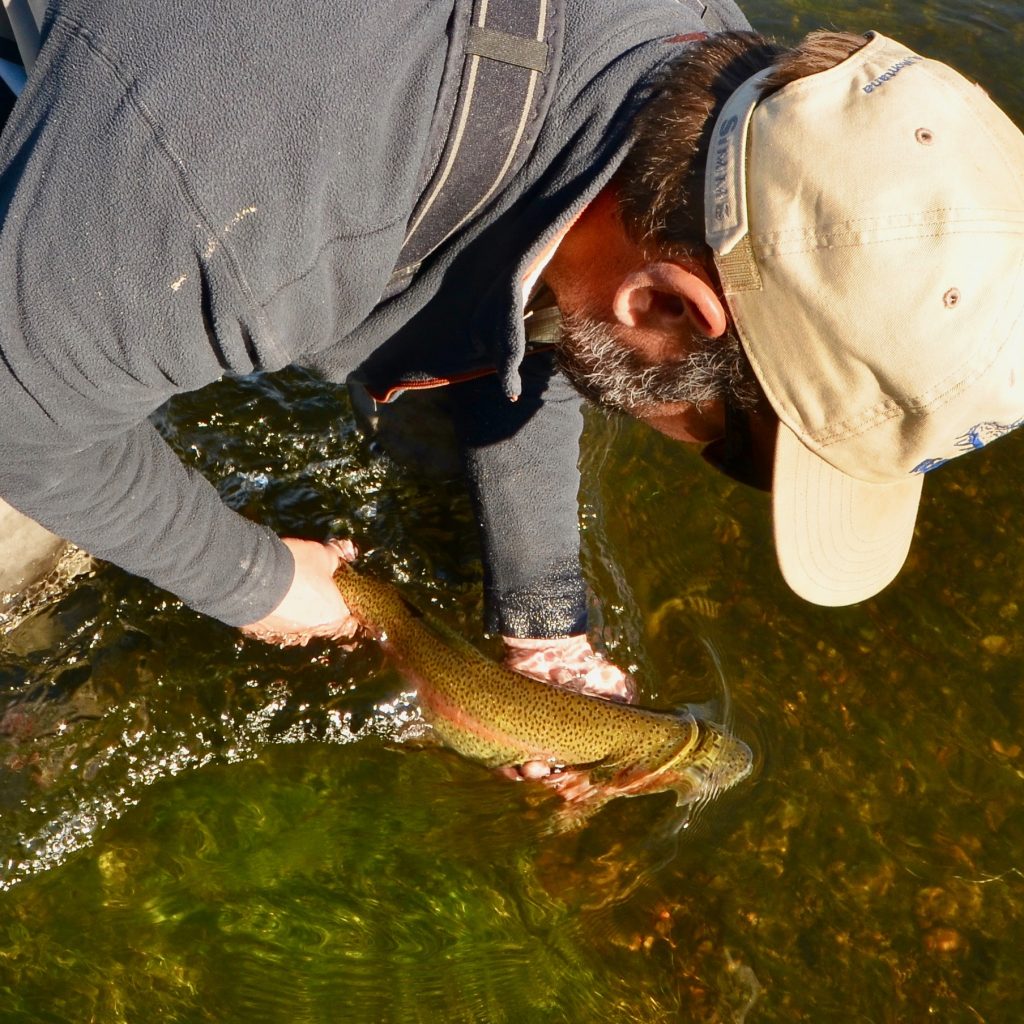 Late October and the fishing is fair. Moments of brilliance, but not the fishing we love with the overcast skies, BWO’s littering the surface, and not another angler in sight.

We do have light pressure this week. It’s pretty nice. Guide trips out daily still here at Headhunters of Craig. We do have some good traction on our Spey Especial as Whitney and John along with a couple other HH Guides are out there swinging flies on Trout Spey Rods! Get in on this fantastic $400 Spey Only Special through the month, all of November, all the way to New Years!

Nymphers are getting it done with Czech’s and Zebra’s. Small BWO patterns in the afternoon. Deeper in the am and shallower in the pm. It is a simple as that. Find the deep weed shelf lines for that morning show. Then focus on the seemliness for your afternoon game. Sows too. Stock up for the winter months as PINK will be in fashion within the next month.

Streamer anglers are doing well. Depending on the day along with the fly. The fly seems to change but one thing is certain, not too many anglers in your way. Light pressure as I mentioned above. If you like wide open river space, you have another month ahead of us to visit the Mo. Headhunters open daily, as you know, for your shuttle, guide trip, or lodging needs. 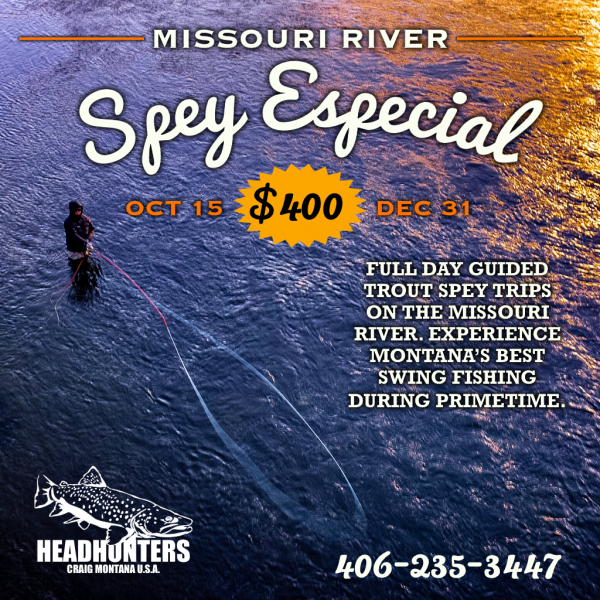 Those who cannot get away from the dry fly are enjoying better afternoons than mornings. We have been doing well enough for the morning session if we have a Zebra tied off of the shank about two feet. That is the money maker.

When you get to the sweet spot of the day you should be leaning towards the BWO Cripple. Small or not. Still some caddis here and there. Big ones and small 16’s. The latter we call the September Caddis. The former the October Caddis. Top flies or trailing tan 16’s can get some action near the banks blind fishing or not.

Some good fish rising in slack ass water. Not totally stopped but barely moving. Make sure you do not foul it up early in the casting session. They are wary, aware, and not awfully friendly.

Looks like the weather is turning in a few days. We love overcast skies. The flows are near 4000 cfs. The water temps falling a couple degrees/week and currently coming in at 51F. Good stuff. That means active trout. Another great period ahead with water temps above 40F. Get out here and enjoy the river with Headhunters. On duty daily 730-7.