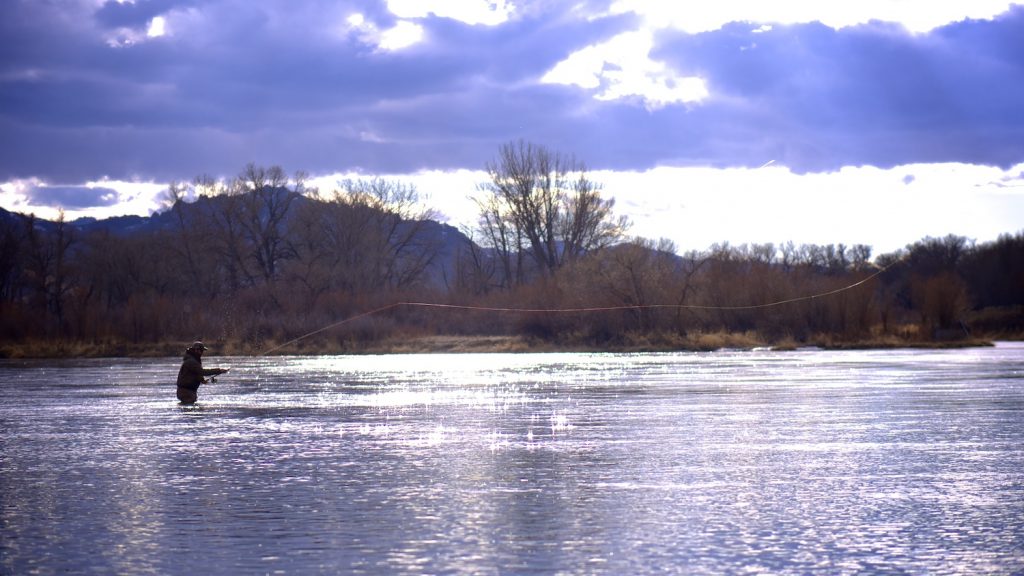 Ninch and I decided to try a little lower river action the other day, what with the unseasonably warm and balmy, shirtsleeve weather. The ice that locked up the lower river for a month is long gone. The wind was almost non-existent, and Pelican is the closest ramp to both of our houses. Our plan was to swing streamers all day on two-handers, which is always our plan this time of year.

Here’s my favorite shot of the day. The big wide open of the lower river. 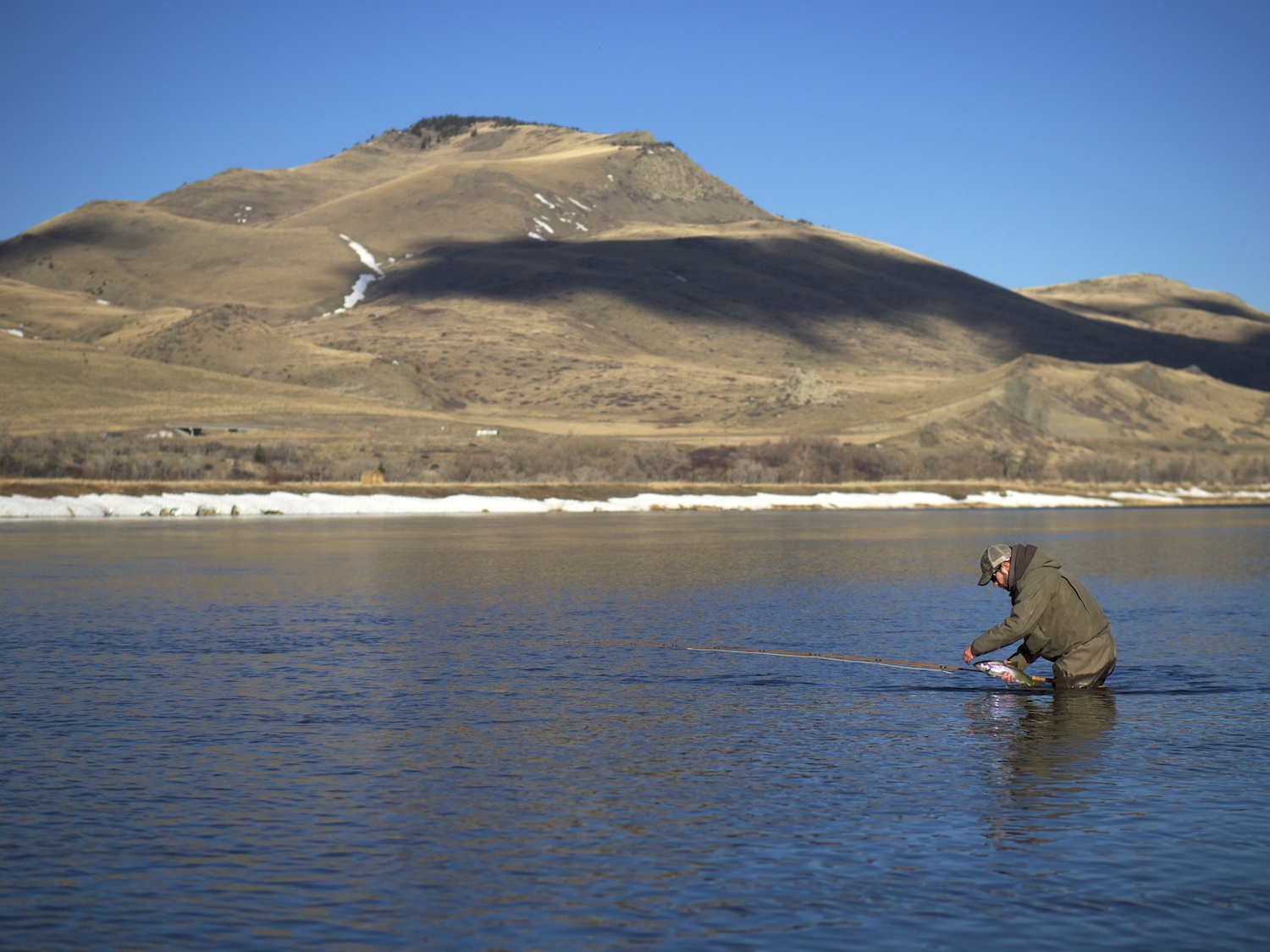 The morning proved a little slower than we expected. While the air temps were plenty warm, the water may have still be on the cold side. We were also fishing some pretty quick water for this time of year. A few were nabbed regardless.

As they day progressed we really began to dial in the perfect depth and speed. Silty inside bends were very productive, as they hold the most midge pupa and nice easy currents for the trout to hang in. It usually takes us a little longer to figure it out when fishing “new” winter water. By “new” I mean that we know it well but not well in January. Sure, we know where they are from the Dam to Mid-Canon this time of year, but it’s more enjoyable to hit some new stuff and figure it out. Unless we get our hats handed to us…

Which did not happen this time. In fact, it was some of the best winter angling I’ve experienced on the lower river. In a couple of runs I watched Ben lean into fish 2 or 3 casts in a row. You never get them all when you’re swinging, but we got a good number of them, including some nice Browns.

Ninch spent the entire day swinging his Echo Glass two-hander, which is really turning out to be the perfect winter stick for the Missouri River. Ninch used the new RIO Scandi Versitip with floating, intermediate and type 5 tips. He caught most of his fish on the intermediate.

I fished my Sage METHOD 12’6″ #6, which has become my favorite Mo’ rod (and my favorite Steelhead rod). I stuck with the floater all day with a long leader and weighted fly. I probably should’ve switched to the intermediate – and more in some runs – but am just too lazy to stop fishing and change heads. A problem I’ve had for a long time.

Our best flies were the winter standards. Flashy baitfish. Ninch was throwing some kind of Kreelex variation of his own, and I was tossing the Mozuri Minnow. I am well aware that everyone wants to throw giant, fat-head, tandem (or more) Galloup-esque patterns. They have there place and time, but we find that over the course of a winter, the smaller Clouser style baitfish patterns far out-produce the bigger pushers. And when we have a big day, it’s always on the minnows. I tell people this all the time in the shop, but they don’t listen…

We were a little bummed when we started and realized it was going to be a good midge hatch. We had no single handers in the boat. We probably didn’t have any dries. Then a big ant fall came and we were really bummed. While I can’t say that I saw a whole lot of feeders, I did see a few. And we weren’t really fishing those kinds of spots. I suspect that there were some great dry fly opportunities around. Today may have been the day. Staying out until dark would have been the smart play if we were looking for heads. As it was, we were pretty much fished out around 3pm.

In the winter you can expect mostly Rainbow, and we had that. Cookie-cutter Missouri River fish mostly in that 16-17 inch range, but a few bigger. We were also rewarded with a half-dozen nice Browns. Very healthy and powerful. Jumpin’ all over the place. This makes me happy.

Here’s a few shots of a beautiful post Chinook winter day on the Missouri River. 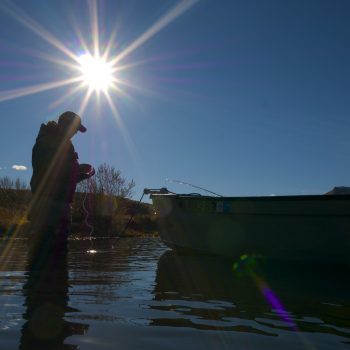 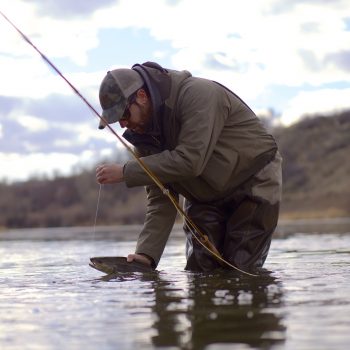 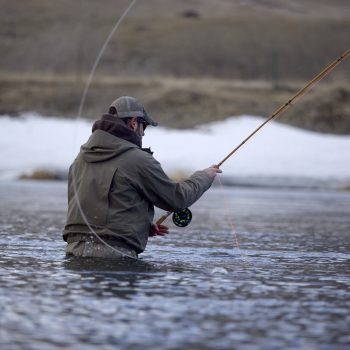 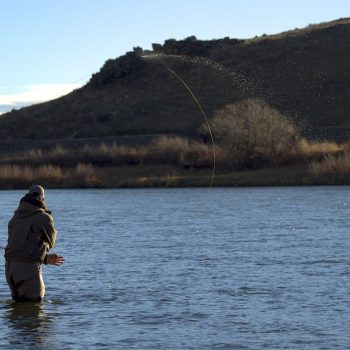 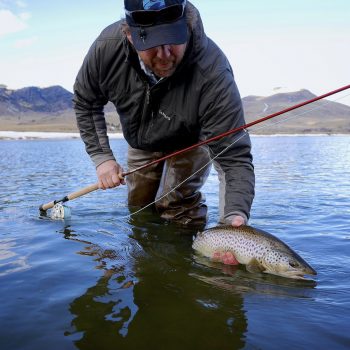 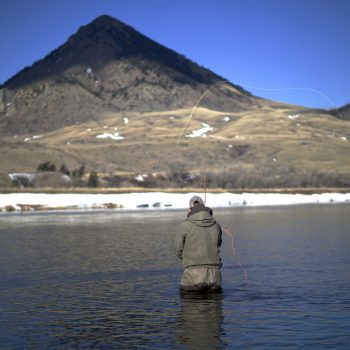 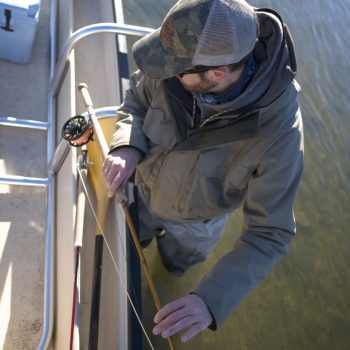 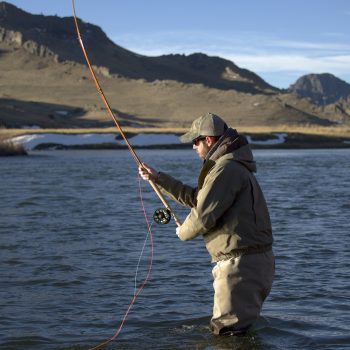 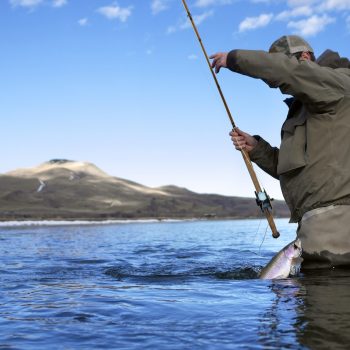 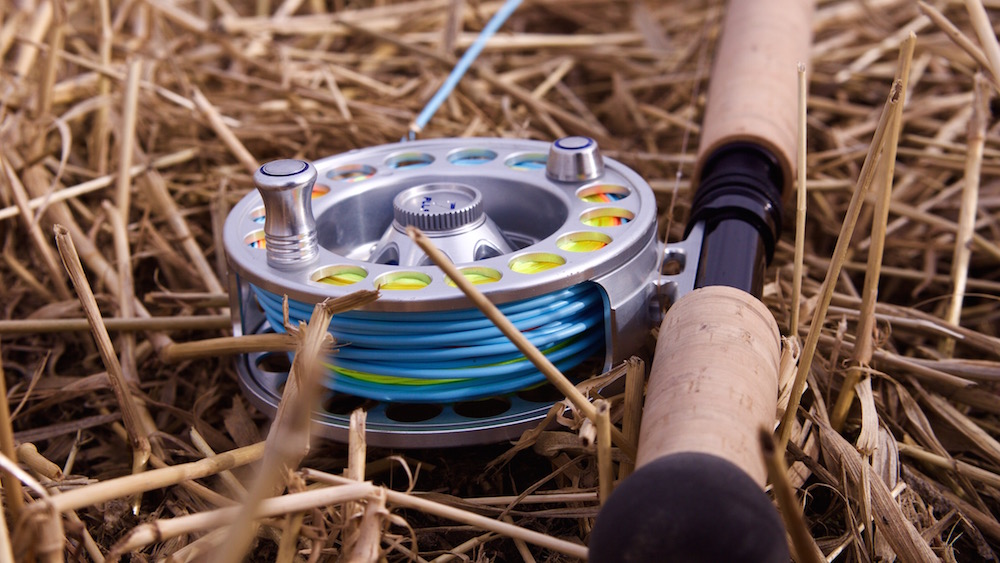 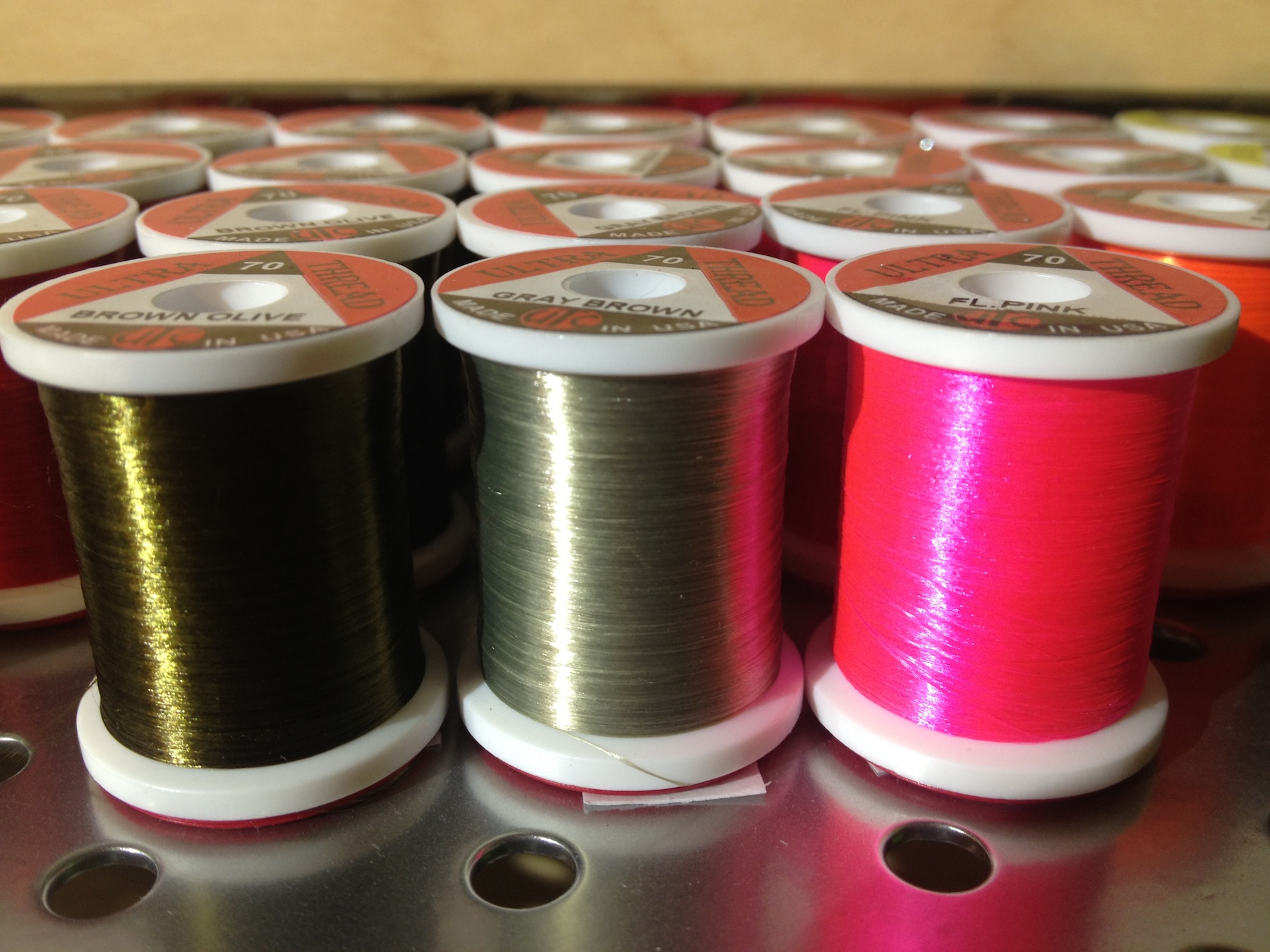 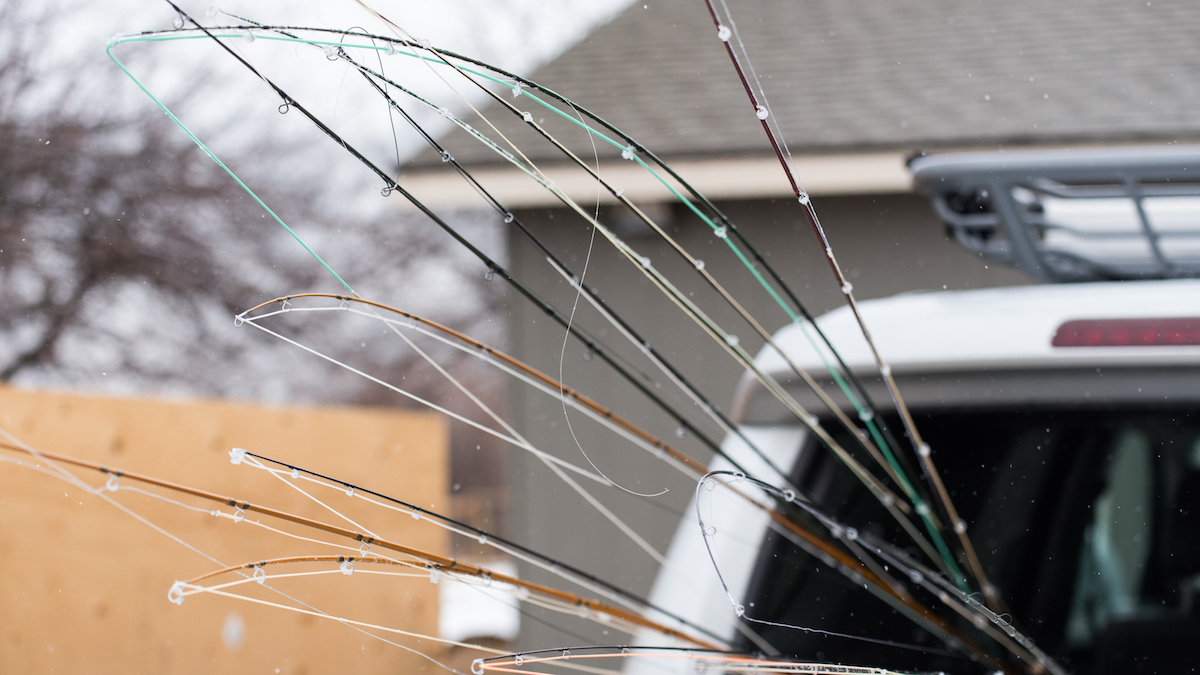