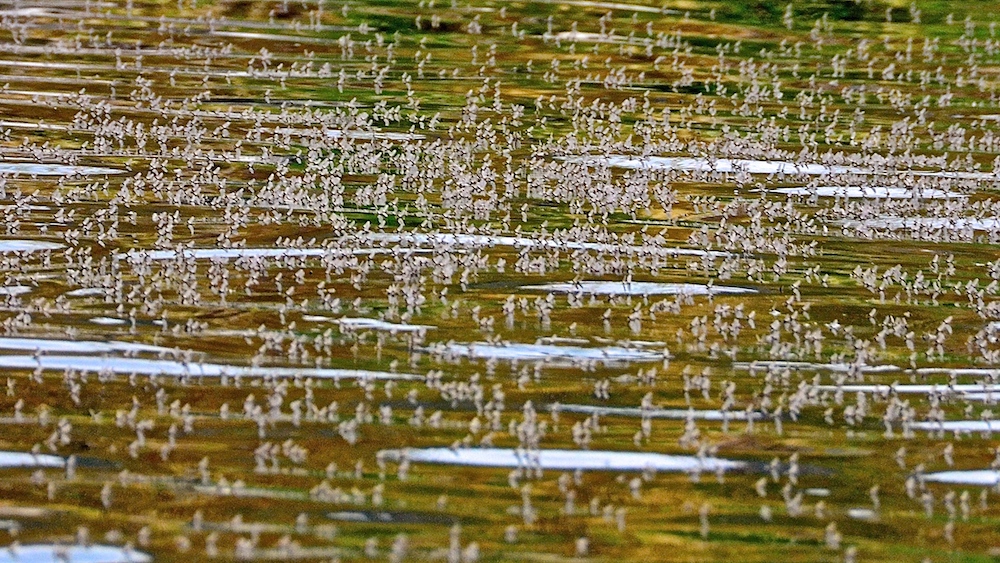 We have entered the dog days, The boys of summer are still roaming the streets of Craig.  85 and sunny, day in and day out turns into a slew of groundhog days filled with dry flies, sunburnt noses and the next installment of grossly exagrated fishing stories to bring home to your friends.

Well summer isn’t over quite yet, and as good as that A/C sounds… big browns sound better. Time to switch it up, are you still fishing that pmd spinner or spent caddis that I sold you back in June? it’s that time of the year to ditch the 16’s and keep to going big or sticking small.

I know we are all a little cooked from this summer so I will it simple, here are 10 patterns, and some tactics for late summer, that you weren’t fishing in June.

Fish your spinner sunken in the film, that mat of Tricos you see on the river is often several inches deep. That big fish will take the fly he doesn’t have to work for, 9 times out of 10.

Sometimes the fish key onto male or female tricos witch sport a white abdomen to the males jet black abdomen.

This is not the upper Madison or the Jefferson, those hopper eats won’t increase with your proximity to the bank. Fish the flats and open riffles for your best results.

Wile this is not much of a tip…Have you just gotten refused by 6 fish in a row, can’t “match the hatch” Throw an ant at their face, you may be surprised.

Never herd of her…

But if you really get the urge to remove weeds form the river Via Fly, if it looks like a Mayfly Nymph you will probably pull up a trout too. Long (3’-5’) and light (4x), no split, one heavy fly one with no weight, fish the fast water (rip rap banks and shallow riffles. Zirdles and Cray’s too.

Thanks Peter. Love the insight. Peter has mostly been Carp fishing the last couple weeks. But he has made some time for the tech dry fly game as well. the fish are kinda hard out there. But the good news is the lack of anglers mid week as we move into the latter portion of August. Come on out, enjoy the peace. Shop open daily 630am.