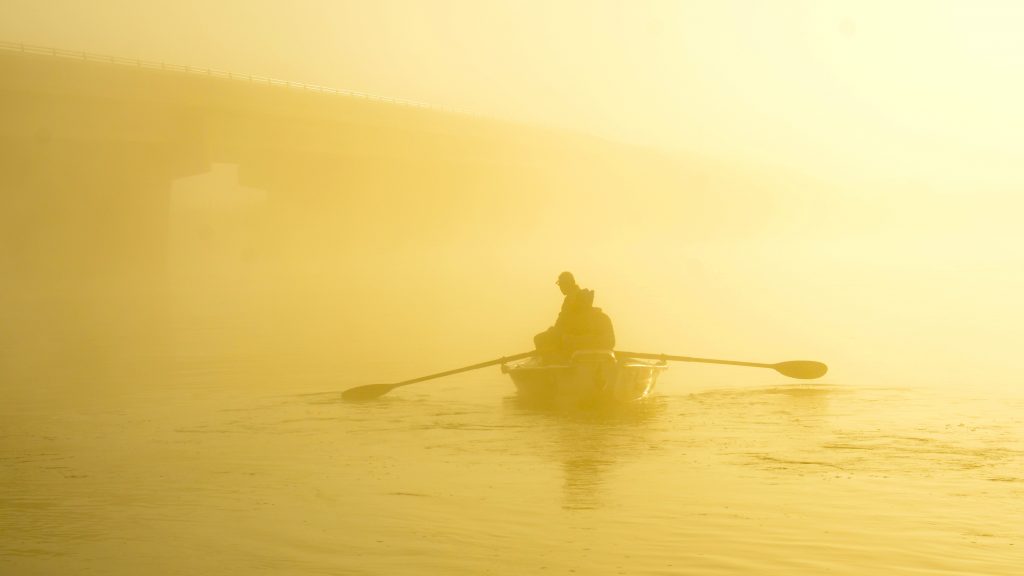 Lots of folks in with questions about the Pale Morning Dun. Our answer? Yes, that can be a tough one out there. And then sometimes, easy. But mostly in the middle of those two answers.

The first thing I will mention is that if you cast repeatedly over the fish with the fly/pattern draggin’ over the heads of rising trout…you will have a tougher time.

The most common way to foul things up is to immediately cast into the fish and drag the fly over the heads of rising trout, on the first cast. Prepping is the key here. Not racing into the crowd and letting the enemy know that you are around and you are fishing a poorly tied cripple pattern.

It’s not the poorly tied cripple pattern that I am most concerned about, but the approach. The approach is everything. Approach quietly and softly. And, confidently.

That age old guessing approach where you toss the fly out there and it is close, and then you strip line off of the reel while trying to get the fly to the trout, and then drag it right over the  lips of that big brown…then expect him to eat it on the 13th cast that happens to be perfect?

That just does not work my fishy friends.

Perfect patterns do not make up for shitty unplanned poorly executed drifts.

But you are welcome to try. And many of you will. But that is the fastest way to NOT CATCH THEM. Yelp, the quickest way to changing your fly and blaming the pattern. Dragging flies, that are mostly dead or dying, is not a great efficient way to catch those finicky Missouri River trout. Not great ever. 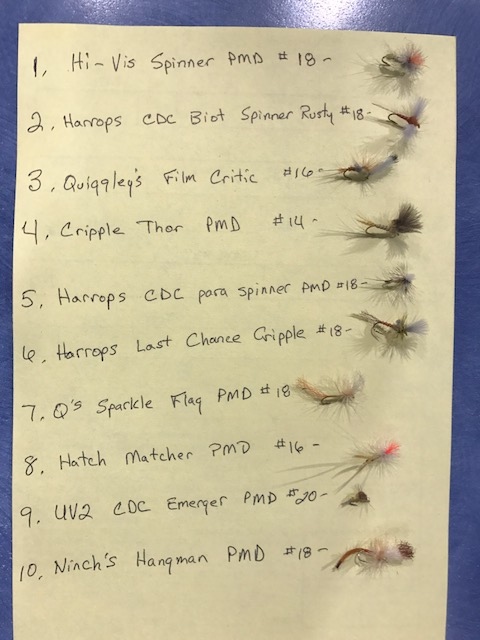 So make some sort of plan before you make that first cast into those rabidly chowing trouts. I like to make a few casts on the outside of the trout and gauge the current first. Then I also have enough time to stretch out the correct length of line so as to not get caught with too little line out. Then I just inch the fly over to the feeding fish.

A measured approach always beats that “get it in there right now and spook those fish right away” technique. You know that one already. Don’t display that often. Your first time on PMD fish? Then of course, do it. But get it out of your system early in the day and go after the gold.

Reach casts are 99 of 100 casts to rising trout. Or some sort of slack line drift. Drift is everything.

I am a believer in drift over placement. Lots of anglers prefer it the other way around. Perfect drifts catch fish. Perfect placement can help. But the drift is king. Fish are not often caught on bad drifts. Just get it out there and near the trout and make perfect drifts. I know that is difficult. But it is achievable. Yes, certainly.

Some are listed above or beside this column. Spjnners, cripples, and emerges. But really cripples and spinners. Buzzballs are my personal favorite. But found a few fish yesterday that did not want it. But they did want the cripple. Cripples and spinners are tow patterns that you cannot go on the water without having in your possession.

Emergers? Yes, if you like that kind of thing. The fish do get into this anomaly rising behavior where we cannot catch them If you find yourself in rising, but they aren’t, un-catchable fish where they are slashing around featuring their dorsal and tail fins, making you just crazy mad, that look like they are rising, but in reality are not and they are eating just below the surface and they are driving your crazy, mad…move on.

It’s your day and you can spend it however you want. Try an emerger, a soft hackle, or some home brew that will get it done. An unweighted pheasant tail can get it done. A transitional dun, or a trapped dun…yes, sometimes, maybe, just once. So emerges are cool. Something with a dun colored collar, a yellowish/orange thorax, and a pheasant tail abdomen with a slender tail. That is what those finicky trout are eating. We know what it looks like. But the behavior is impossible to emulate. The bug is doing something we cannot figure out.

There you have the PMD Connundrum. You’ve seen it. Fished it. Witnessed it. Been frustrated by it. So, if you find yourself in that situation again, keep on moving fella.

Cripples? Yes. A post that you can see made of CDC or Poly or Hair. One you can see is crucial. Different colored posts are important in different lights if you like to see the fly.

The abdomen is hanging in the water and about half of PMD’s are crippled and do not make it to our atmosphere, to adulthood. So cripples are always in fashion.

Spinners? Yes. Try the Trusty Rusty for all time successes. A female spinner too is important with that pale green body color. Gotta have both. Ploy, CDC, or hair winged patterns are all good. I like to toss a big one in there. I believe that they look at the profile first and gobble it up. That’s how I feel. Others anglers, other opinions.

Spinner falls come out of nowhere. Fish key on the spinner. Try the Buzzball. Junk flies do work. Also d not be afraid to toss that caddis pattern you like into PMD rising trout. Variety, the right spice man.

Fish PMD’s in all conditions

PMD’s like bad weather as they cannot pop through the surface tension well. So bad weather accompanied by wind is OK. Good time and the surface chop allows you to get close and capitalize. And June has some of this weather. Crappy. Like today. Raining hard.

Hot weather too. PMD fish like it all. High and bright. The fish will rise hard in that high and bright sunny day when it is hot! They dig it.

Long leader like 12′ to 14′. The new leader designs from RIO, Umpqua, Scientific Anglers, and TroutHunter are all great. Built to turn over at long distances with long tippets tied to them. I like a 12′ 4X leader coupled with a long 4′-5′ 5X tippet. The leader turns over, then the tippet piles on the water and allows the fly to drift freely into that big orange mouth.

Some fellers like to straighten the entire length out. Fellers who like to catch trout want some slack line on the water. Choose the latter technique.

So there you have it. The primer for your PMD June and July. More questions? Sure. Stop in the shop and ask away or ask right here in the comment section. We are transparent and love to educate. 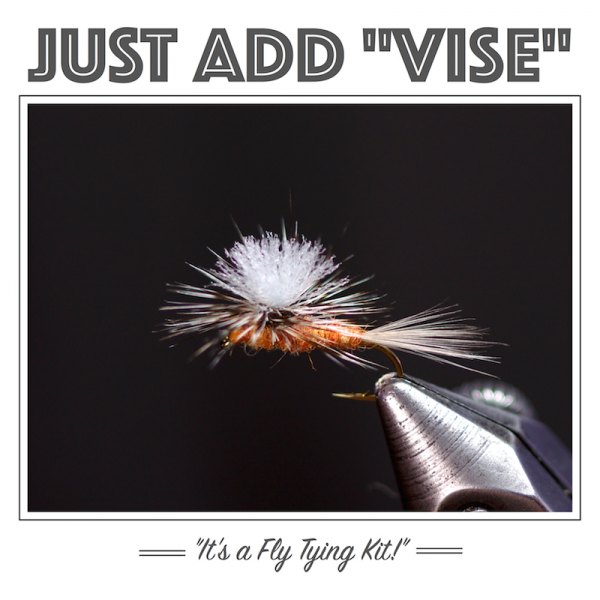 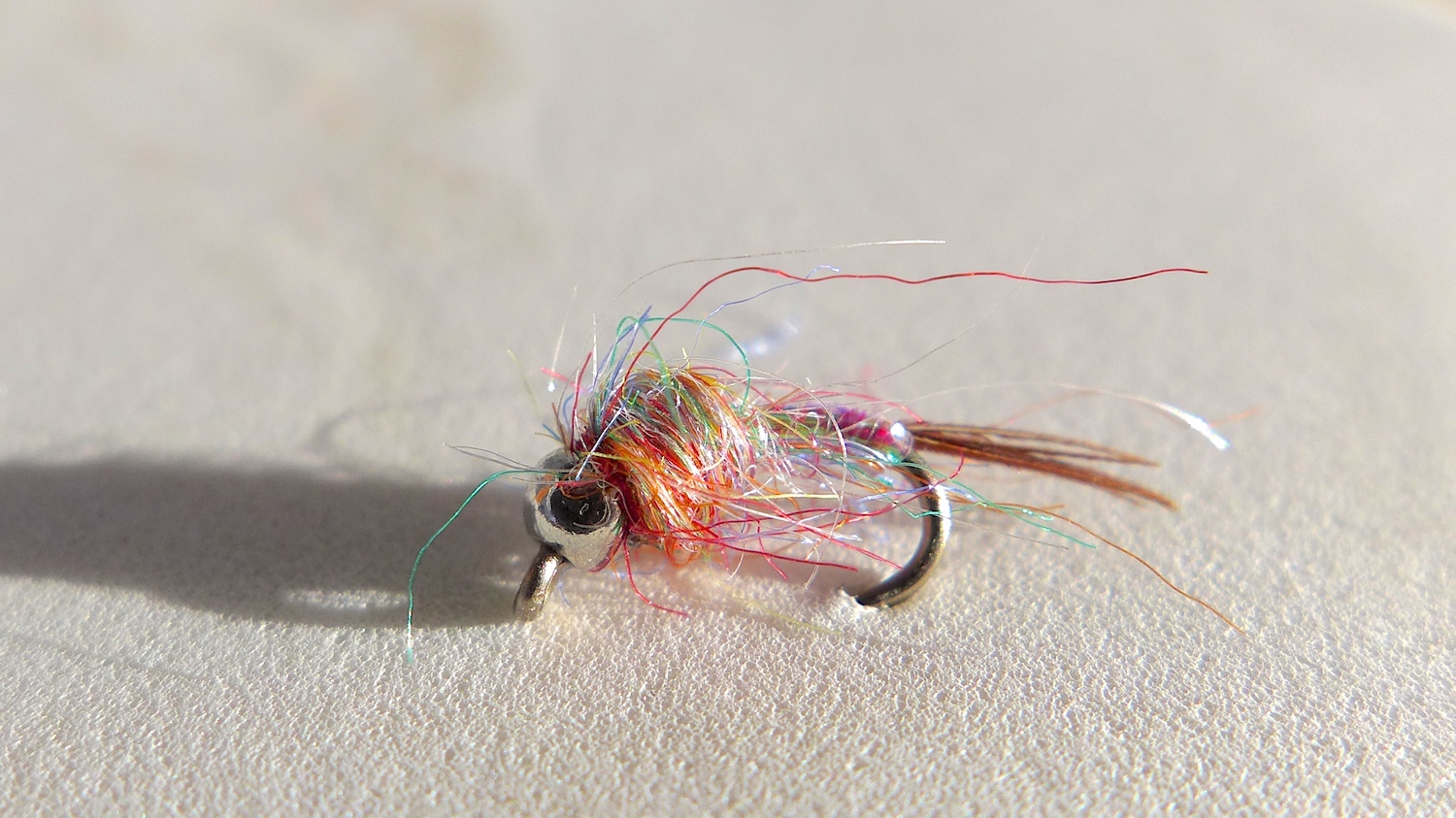 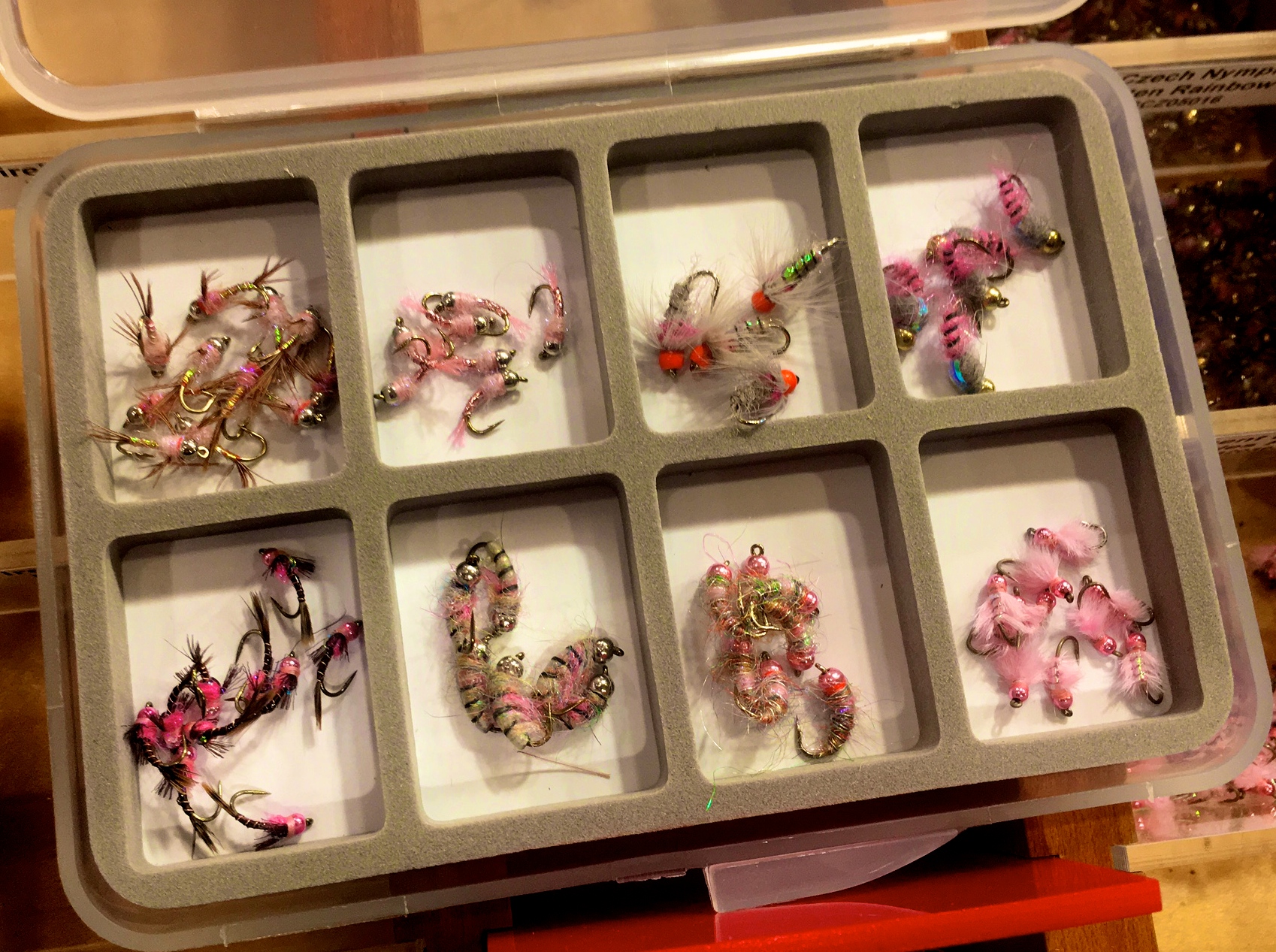 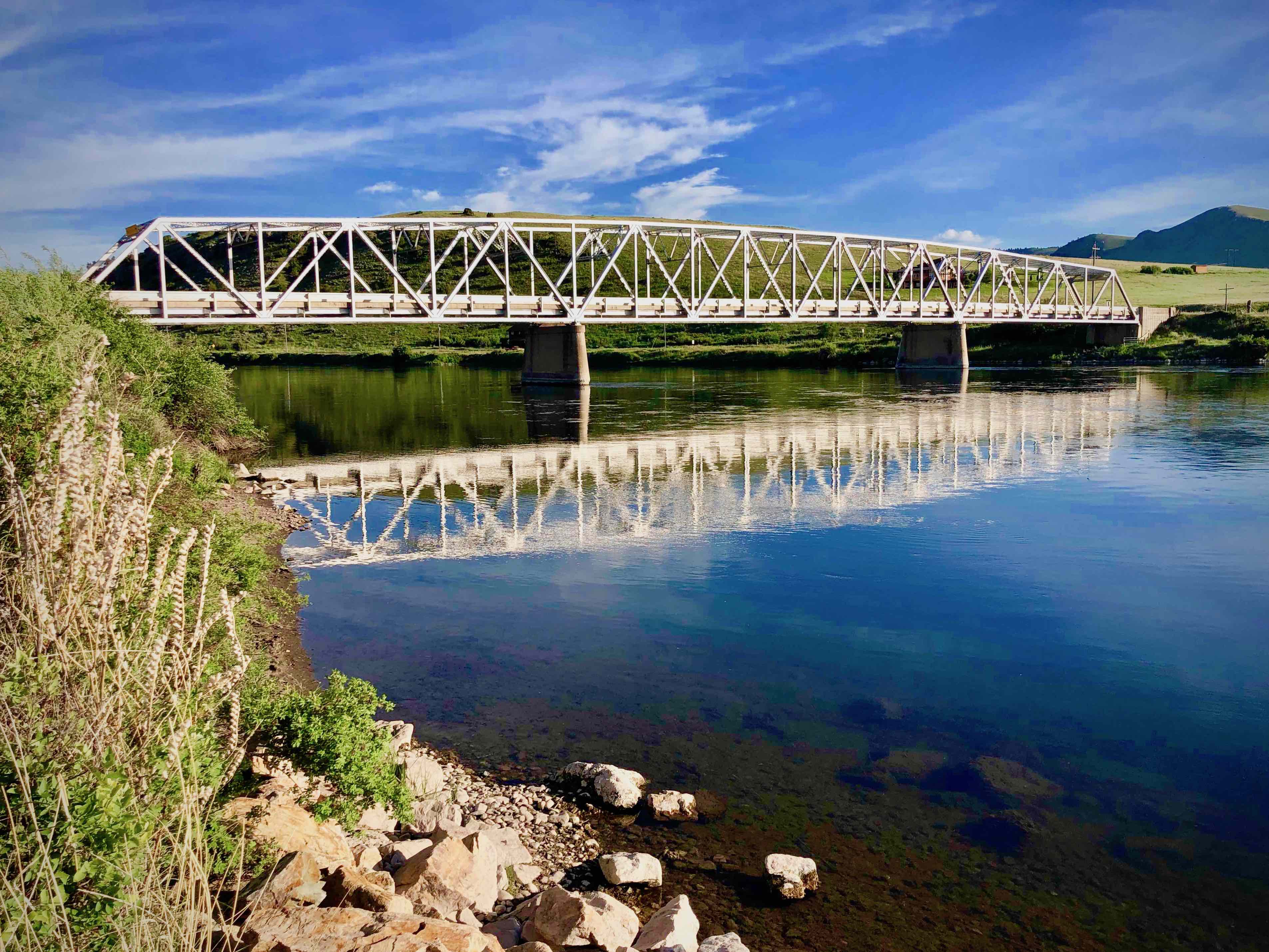