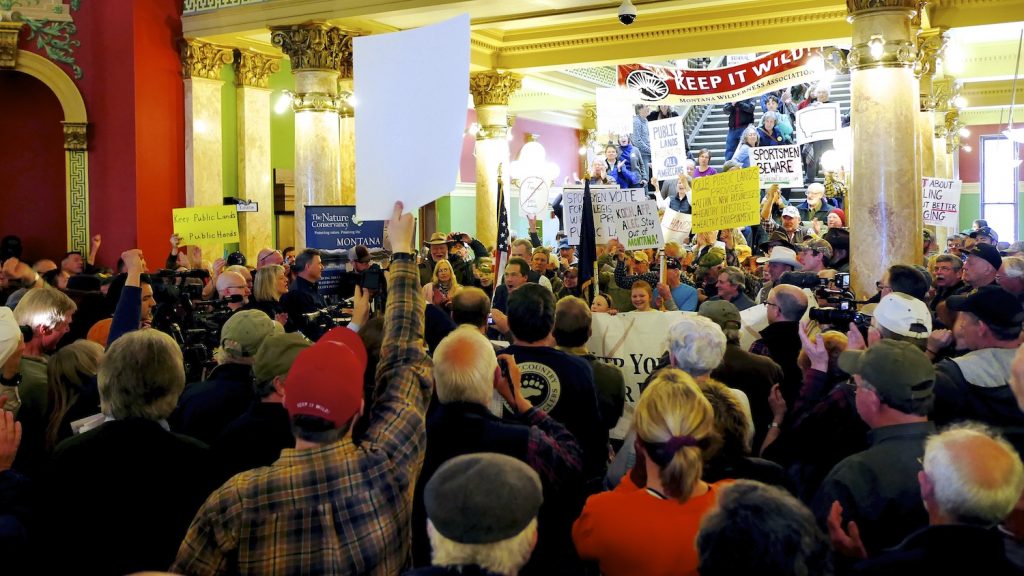 Some of the local fly fishing community attended the Public Lands Rally in Helena yesterday, along with hundreds of other hunters, backpackers, hikers, kayakers, snowmobilers, etc. We were there voicing our support for keeping Montana’s public lands Federally managed. The crowd overwhelmingly was in favor of not transferring management of Federal lands to the State, including Governor Steve Bullock who laid it down at a high decibel level (above & below).

While there were a few tea-party types quietly holding signs in the background promoting transferring our public lands to the state (surprise), they were very quiet during the rally. You would have to call the rally 99.99% against the transfer of Federal lands to the state.

Westerners are aware that Utah is HQ for the “transfer public lands to the state” movement, and the Beehive state got mentioned more than once during the rally. “Go home!”, was the message to political groups and operatives from Utah.

And while our homegrown speakers stood up for Montana’s values and access to public lands, they also promoted the notion that our National Public lands are owned by all Americans, and should stay that way! 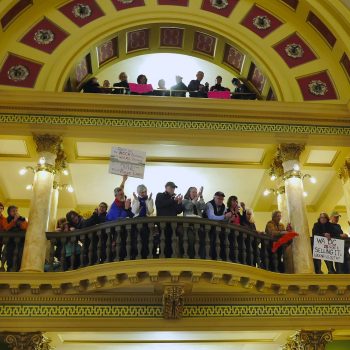 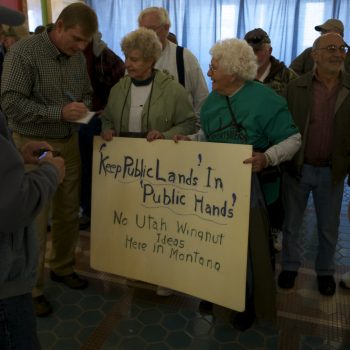 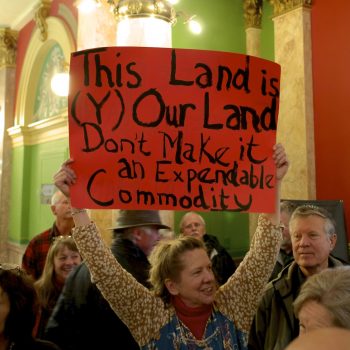 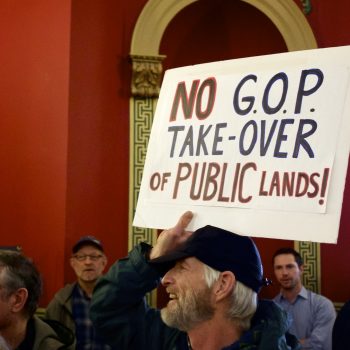 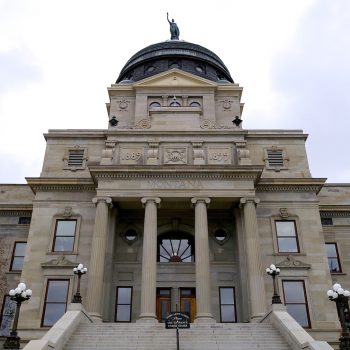 Do your own research on this issue so you can be informed. Although no one was selling me on an idea – I formed my opinion on this matter many years ago – it’s always wonderful to see free speech and the democratic process at work. And on Presidents Day, no less.

But these guys probably don’t agree. In fact I never saw their faces or heard form them. The speakers implied that they weren’t even from Montana… 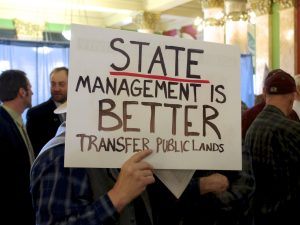 I’m sure there were other groups present, and I apologize for not mentioning them. Do so in the comments of you were there!