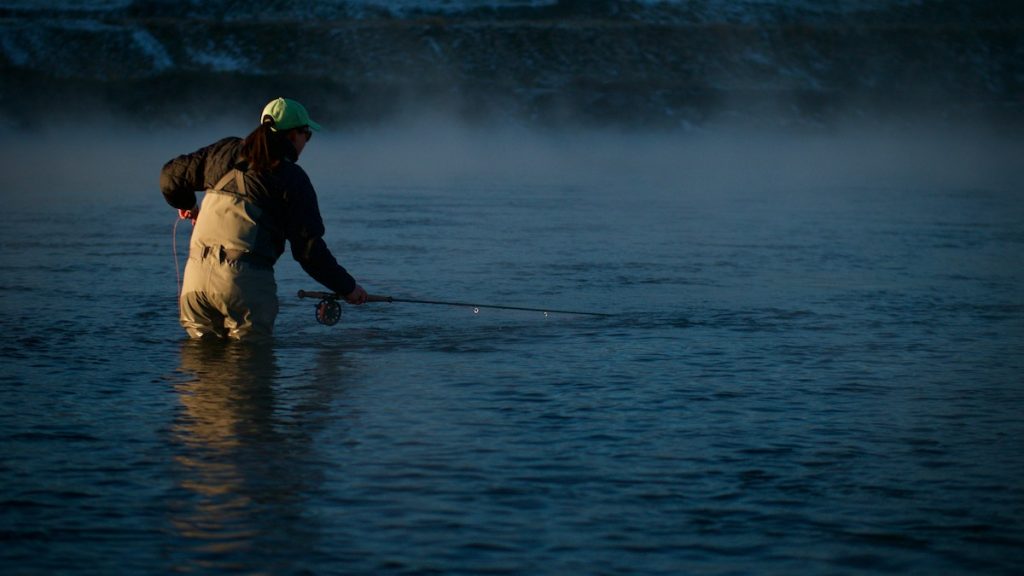 Above: Sara Roholt attempts to free the ice from her guides while swinging the Missouri River at -10.

Extreme cold has settled in to the Northern Rockies for longer than it usually does. Really cold, and with it lots of snow to keep your feet nice and chilly while walking out to the river. Not many folks have been venturing out to the river lately. A few, and oddly, a few floaters as well. In this weather I’m on me feet so I can quickly get back in the cab of the car and crank up the heat.

We always see pretty good traffic during the holidays. It’s a great time to fish with few crowds but some good camaraderie around the shop in the afternoon. December is one of the better and most consistent months on the river. Both nymphers and swingers will get plenty of action before the river temperature gauge bottoms out in late January. We typically don’t see great midge hatches this time of year, but you should be able to find a few risers up around the dam in the late afternoons.

Unfortunately, the forecast doesn’t look great for the next week. I don’t think we’re going to see anywhere near comfortable until the middle of next week, and even then it’s not going to get above freezing, at least on the current long-term forecasts.

If you do decide to go, here’s a few things we like to do that will help make a Polar Vortex day tolerable:

If you do get out there enjoy the river and the outdoors. Stop by for coffee and to rig up indoors. If you do choose to float, be careful on the boat ramps, regardless of how badass your rig is. Each winter we pull several rigs off the ramps. 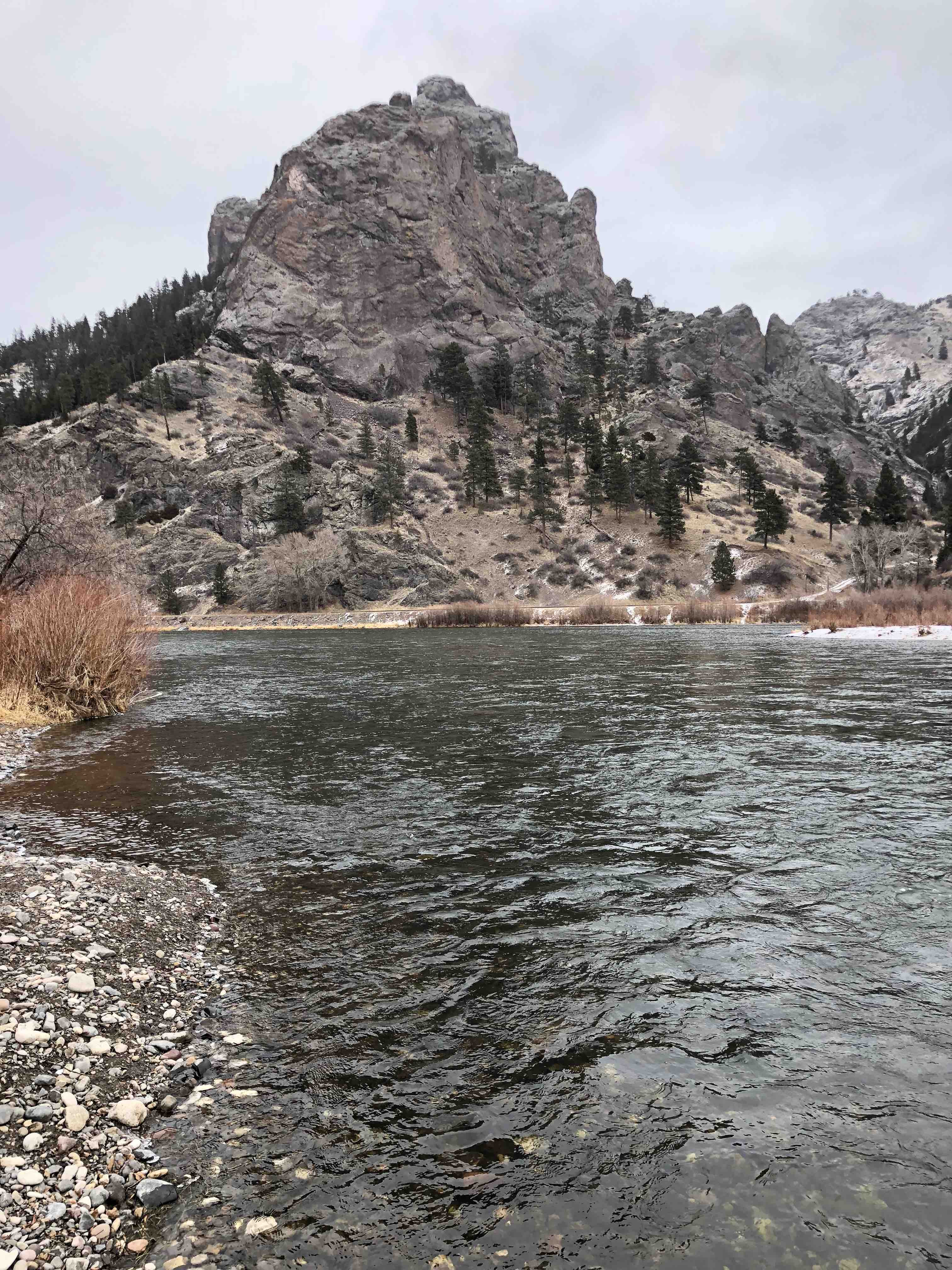 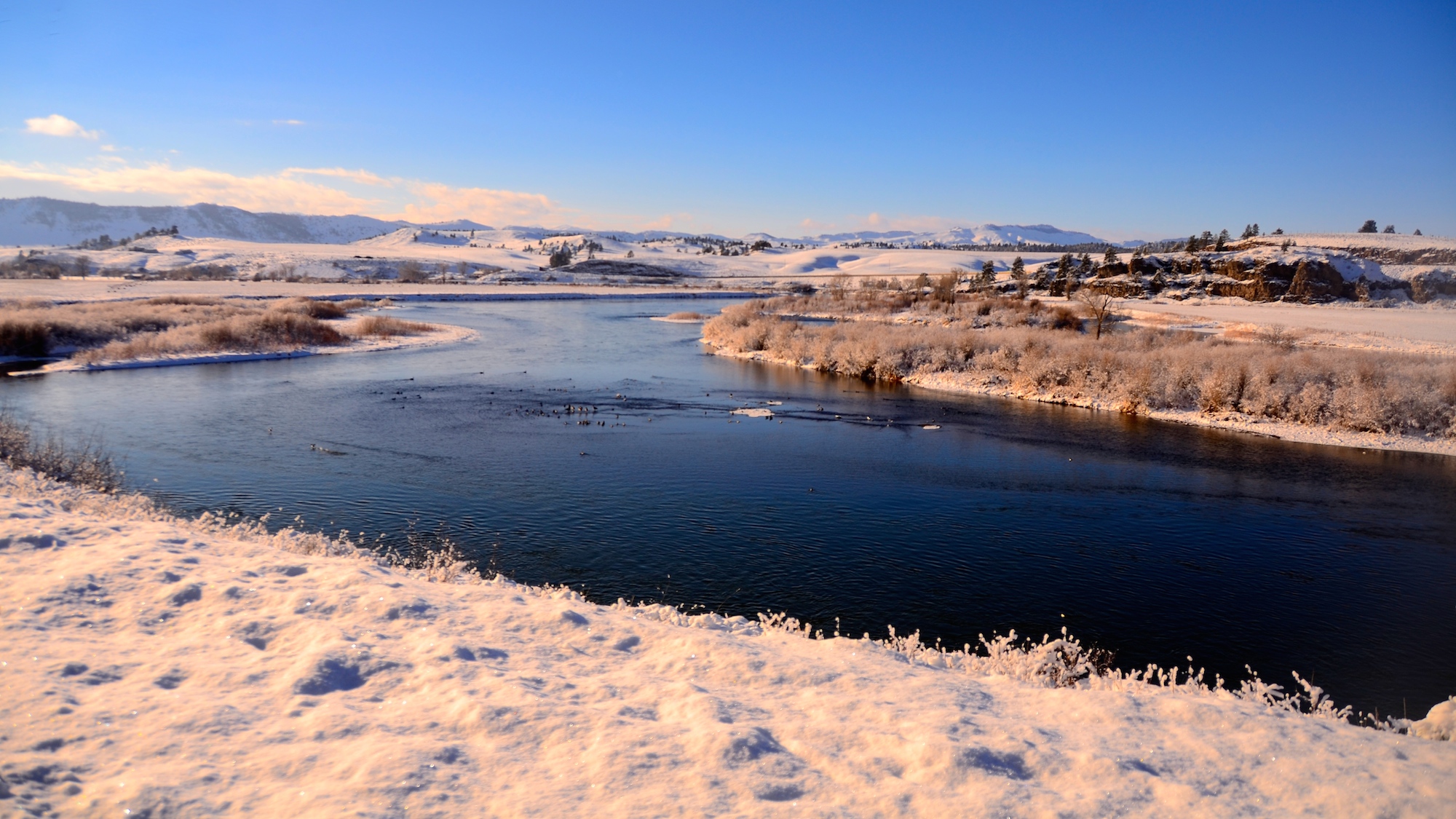