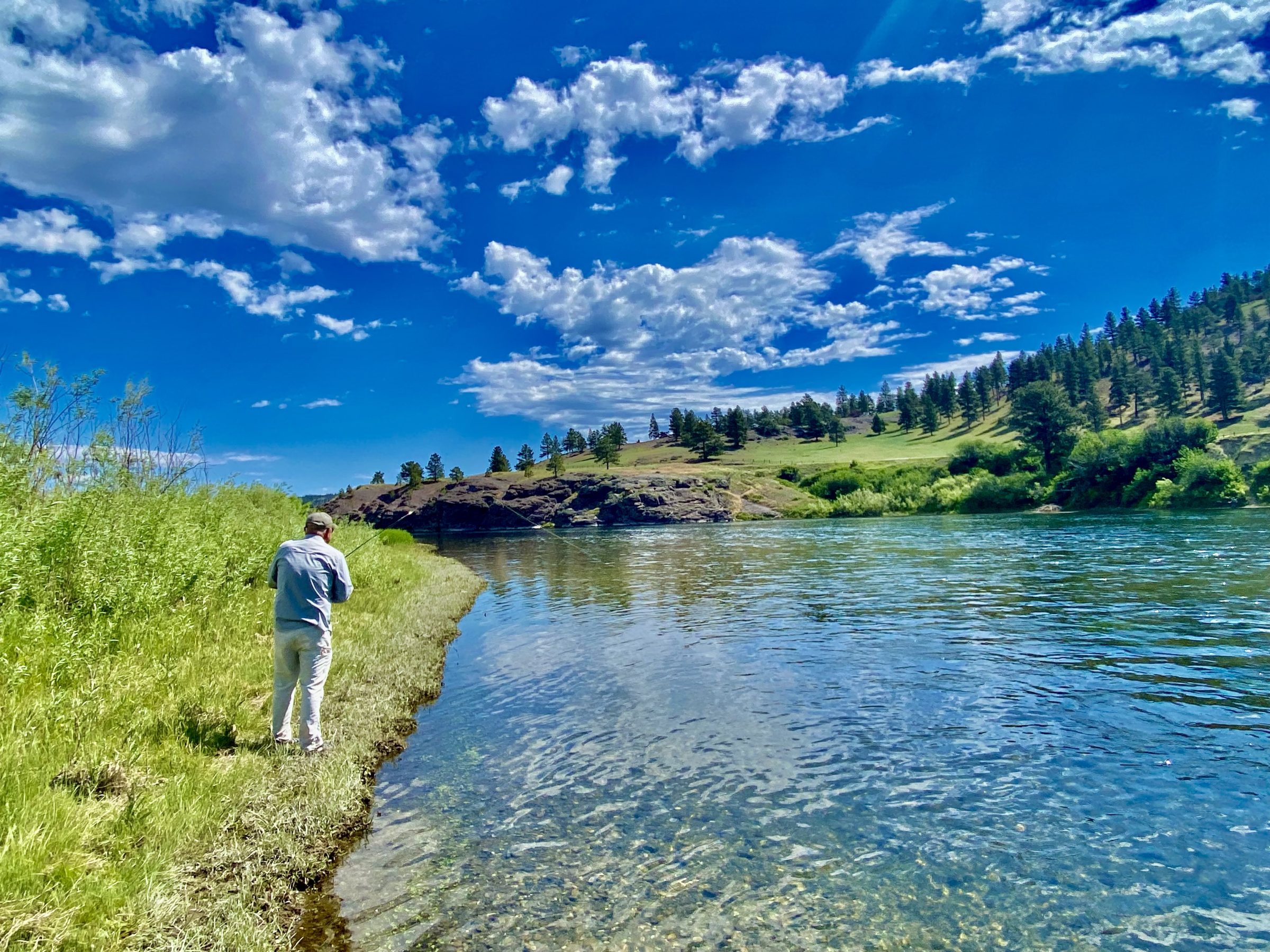 Squeeky’s Thought of the Day

Squeeky’s Thought of the Day

The weather has not been conducive for trout fishing in central Montana for the past 5 weeks. The last day I guided was November 5th. It blew as hard as it has, while I’ve been guiding, in may years. A Top 5 windiest day on the river of my life.

Once I was guiding a saltwater captain and his much older brother in the canyon reach late October early November, early 2000’s. Just finished hooking a couple on a CDC BWO Cripple, which one? This back when I still tied 90% of the flies fished in my boat. Was still doing some commercial tying, minimal, and remember the goal for winter tying for the guide season was 4000 flies. And CDC was part of the hype at that point in time, and cripples, well, cripples never fall out of style. Quigley may be dead, but his spirit has tainted fly fishing til the end of time! Loong LIVE Quigley.

Wandered again…Just finished hooking a couple on a CDC Cripple and rowed around the Mountain Palace corner headed to add’l dry fly haunts when the wind came up a bit. There first sign that the wind was strong was the whistling, whining, howling, guttural resonation through the towering canyon walls in that reach. Bottom line was that I could not control the boat. Was borrowing a glass drifter for the day as my Greg Tatman’s trailer was at the shop. The wind had me handcuffed as I could not control the boat. The first time this had happened to me, not the last unfortunately. The upstream gale blew me downstream, then shoved us to the left careening rapidly towards the bank, and finally upstream towards the set of rocks river left below the 90 at Man Palace.

Boat oriented sideways/wrongways, perpendicular to the river flow, so hard that I thought we would split the boat in half. The curdling crunching rock against ‘glass in conjunction with the air blasts were deafening in the moment.

But no damage. None. A scrape through the gel coat exposing some glass fibers in this dated Clackacraft was all that happened. Crazy. The emotional scars ran much deeper for the guests.

During the lateral wind gusts after the driving downstream accelerations I yelled at older brother who was 6’8″ and an easy 280 to sit down. I didn’t even say please. I was surprised he was still standing. He was not as frightened as myself or his 30+ year seasoned old salty Everglades City saltwater captain accidental younger sibling. He was not the angler in the family. His father, and his brother were the two smitten by fish filled waters. He sat at a desk his entire life.

We were headed to Pelican Point. I made, post incident, the safety based decision to pull out at Prewitt Creek and hitch a ride to pick up the my vehicle. I struggled mightily in the remaining mile to the ramp, beached the boat accompanied by a long anchor rope wrapped around a sturdy tree. Before I walked to the the Fly Shop non-angling brother asks me what I like to drink. I said ohh,” Well, Crown Royal is my daily”. Phil Camera graciously shuttled me  to Pelican and I returned to my beached craft and the huddled up brothers back at the ramp.

Older brother stepped forward and presented me a handle of Crown Royal and said “That was the nicest thing a fishing guide has ever done for me. Getting me off that godforsaken river!”

Clearly he was spooked by the episode of the previous hour. So was I. Not having control of the boat is a frightening event. Not a fan. Nope.

I was thankful too. Not all that entertaining rowing, or fishing in that kind of gale. The Crown eased some of the shoulder fatigue and mental depletion. The second glass erased it.

So, not all that fishable out there here locally this past month. But we will be posting the Headhunter Fly Line vid and sale page next week and was thinking about those who shoot their fly line, on every cast. Many do. Too many. Shooting your line is good I guess when you are streamer fishing or maybe grasshopper fishing in the middle of the river with no parameters. But the rest of the time, shooting the fly line does not ever, not ever, is never an advantage. Ever.

Shooting fly line is guessing. Guessing every cast. And if that is how you like to play it, then stop reading and go the Webstore and buy a rod and a fly line and some flies please. Why would an angler guess every cast. Why would the angler choose not to learn anything from ehe previous cast, or casts, or day(s), weeks, months, years of casting just guessing every cast? Every time?

Clearly the angler who shoots line every cast, and those who choose to execute known outcomes, have very different goals in the fishing game.

Don’t give me the bullshit that someone told you to do that. That you read in a reputable source to shoot line, every cast. Because you are lying to me, and truly to yourself, man. I don’t care if you don’t want to catch many. That is how you roll. I get it. Guessing outcomes every time. Using a dart board on the wall analogy it would play out like this… Dart in hand, twirling around in wild blindfolded circles, and then throwing the colorfully pointed projectile at the center of the target. Yep, solid attack plan. So good, that if it does not work the first 1269 times, try again. But, please, don’t change the approach.

I see what you are doing there. Not trying to catch them.

I’ve seen it before. Most anglers do this. Shoot line every cast.

The image above is Ed. Ed does not shoot line. Ed catches a lot of trout on a dry fly. Does Ed fish more than you do? Yes. Does Ed practice casting  at home to prepare himself for better results when he is on the water? Yes. I believe the difference between anglers is; some want to have a higher success rate, and act accordingly. The other set is happy with a lower catch rate, success rate, hook up ratio, etc.

When the angler shoots line, the fly goes to a different spot every time. If you are a line shooter, you also pick up a different amount/length of fly line every cast as well. A debilitating side effect of this prolific casting cancer.

One of the beautiful traits of fly casting is that most of the time, you are repeating what you did the cast before. An opportunity to improve on the previous cast, or casts. Man, what an opportunity it is to utilize all the information, the VISUAL FEEDBACK, from the previous cast! Alas, most disregard what happened 2.7 seconds previously, directly in front of their peepers, and just guess the cast out there again.

Think about it for minute if you fall into this category. Just think about why, why you would do that? Certainly in dry fly fishing, fish rising in a specific spot, shooting line very cast is the last possible choice you should make. Known outcomes with the cast are better, every time. Every time that is a better choice. Not shooting line. You have to stop the fly line at some point.

Nymphing? Yes, in this case as well casting a specific amount of line is the most preferable. Yes, true. Guessing every cast is a hard path to follow if you are fishing. Do you aim at the deer when trying to shoot it? Or, do you just guess every shot waving the gun in many different angles, and most of the time not even pointing the gun at the animal.

Streamer fishing? A lot of the time streamer anglers are casting to a specific spot, distance, location. Most of the time. If you are tossing the fly into the center of the river then have at ‘er.

Catapulting a big hopper into a large riffle? Shoot it baby. Expertly dropping the hopper behind a stick 3″ from the overgrown shaded bank aka sharpshooter? And then immediately having tactile reference to the fly line so you can execute the twitch? Nothing about that advanced manuever screams shooting line.

So, that is my rant for today, for the week, for this month, for the year. Not my last rant, just a theme this year(s). This may be Scumliners #1 angler beef. It took me several years to believe as deeply as he does about this deadly casting disease. Once you get it, it is difficult to cure. You actually gotta try. It is not something like losing weight that if you think you will, you will. Nope. It is much more difficult that that. You actually gotta try.

Pure honesty today onto HH Blog. We are always honest. Not an attack on those who choose to play like this. Purely a wake up call. The new year is nearing and maybe you want to try a varied approach this year. Change it up a little. Why not? It may work. I think we/you have already proven that the guessing approach does not always work.

I am not writing this article for me. Well, maybe a bit for Squeeky mental cleansing, but truly for those who choose to make the change this coming trout season.

Will I catch fish today? Well, I guess?

Trust me, I’m a fishing guide. 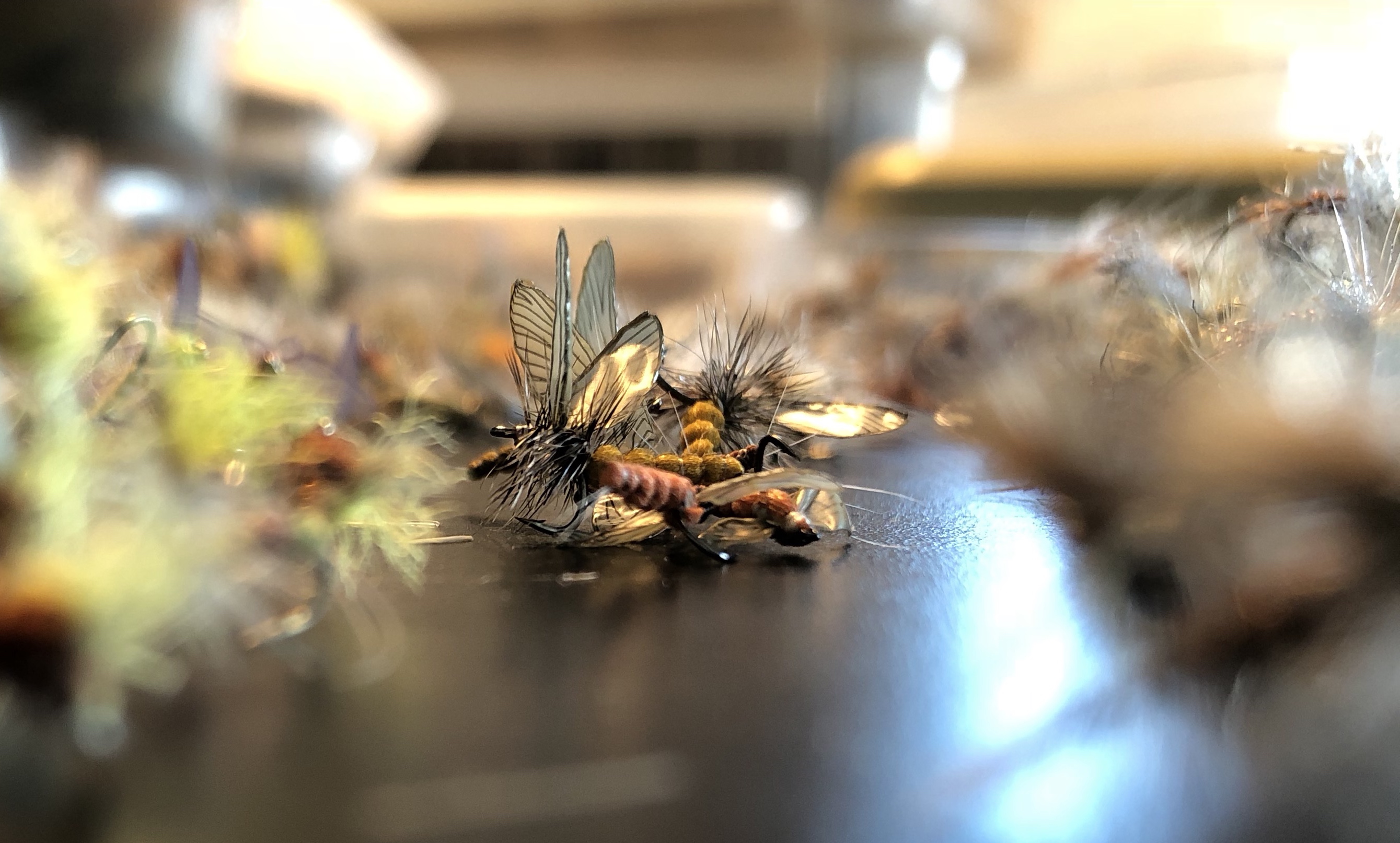 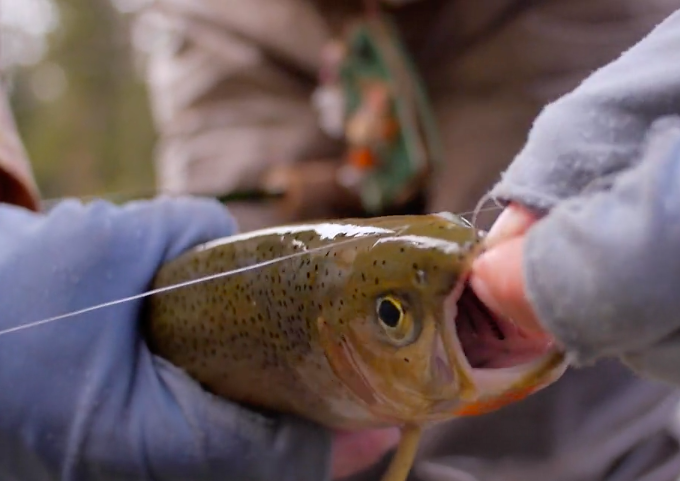 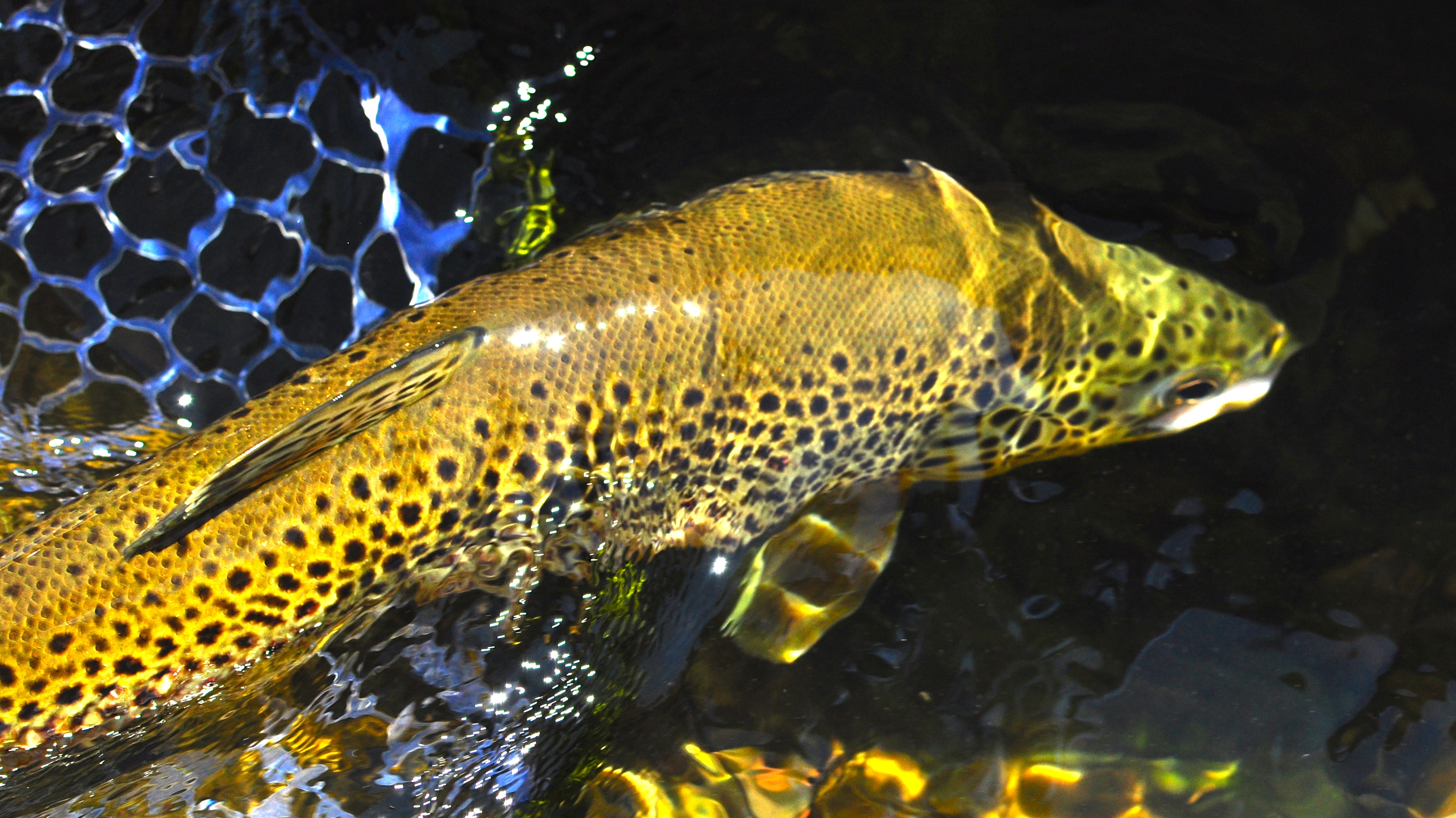