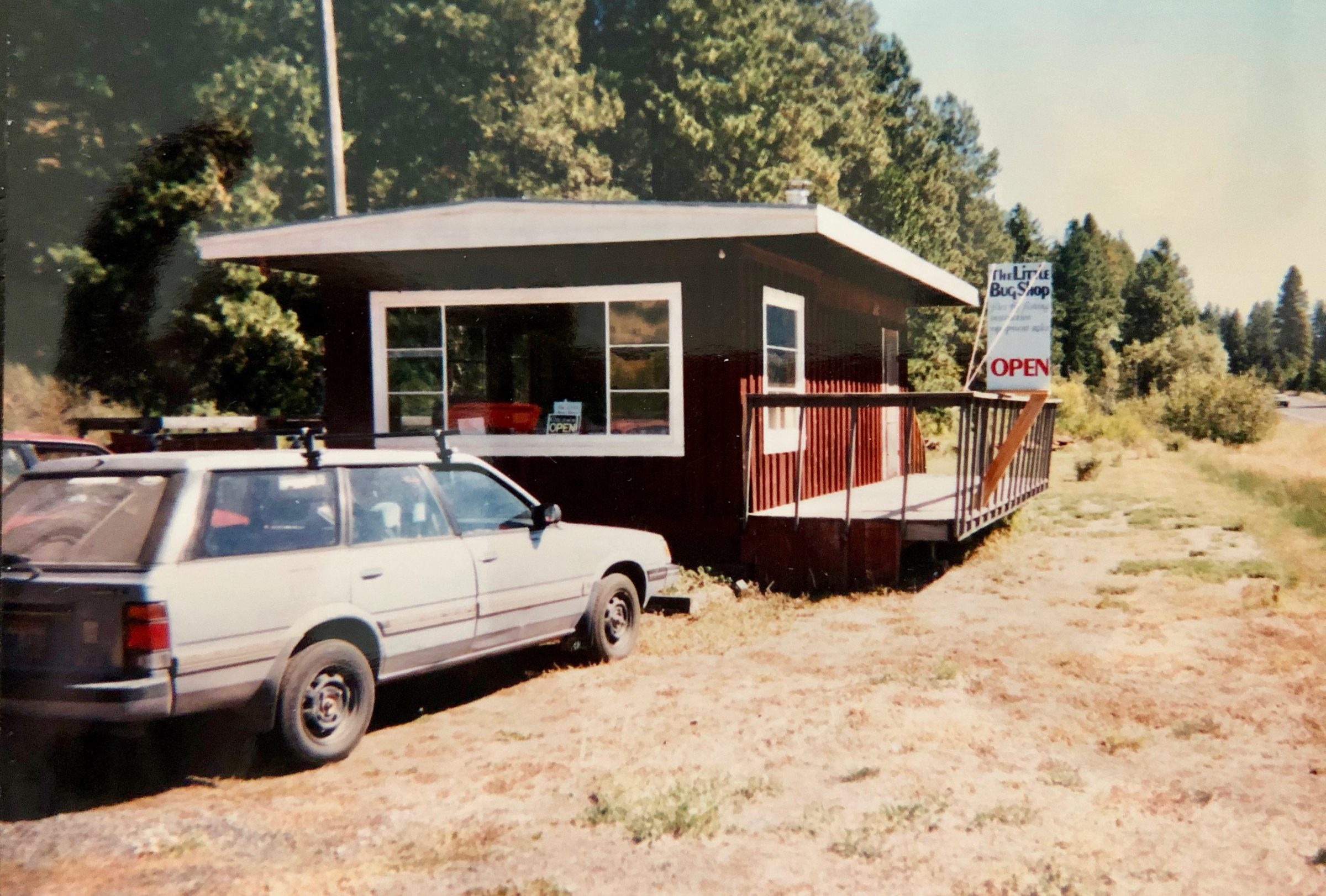 This was my first fly shop gig. My first fly fishing mentor Pat Ward opened this little shop, even a bit smaller than HH, in Gold Creek on the Naches River. The Naches is a tributary of the Yakima located on Hiway 410 Eastside of Washington State. Mt Rainier.

They year was 1994. I had been fishing for a couple summers. My first trip to the Mighty Mo was in May of 1992. So I already had some worldly fishing travel! Hah!

I tied a few patterns commercially for Pat at the LBS. I remember tying size 12-16 Prince Nymphs. Weighted and un-weighted. The weighted ones with red thread on the head to differentiate the two. This was all previous to the beadhead revolution.

Check out that Subaru in the foreground. Sweet huh. Still go the studs on it based on the color of those wheels. That was when I was teaching skiing full time at White Pass Ski Area. Studs needed for sure. I was living at the summit of HWY 12, White Pass, in those days so the commute to the shop was about 45 minutes. Down the Tieton River drainage over to the Naches. Both tribs of the Yakima.

Fished them both a ton. Mostly the Tieton though. The Naches was a bit out of my comfort zone. But do remember a couple of great summer days catching them really on a grasshopper. A Daves Hopper.

I really did not pull a shift at the Little Bug Shop, but I did sit in there and spin up flies for sale. GRHE in a couple flavors. A few PT’s. Several caddis dry fly patterns. Including he Elk Hair Caddis. A different time for sure in fly fishing.

Lots of stories and memories form that early period in my personal fly fishing life. Fun stuff for sure. Way less to worry about.