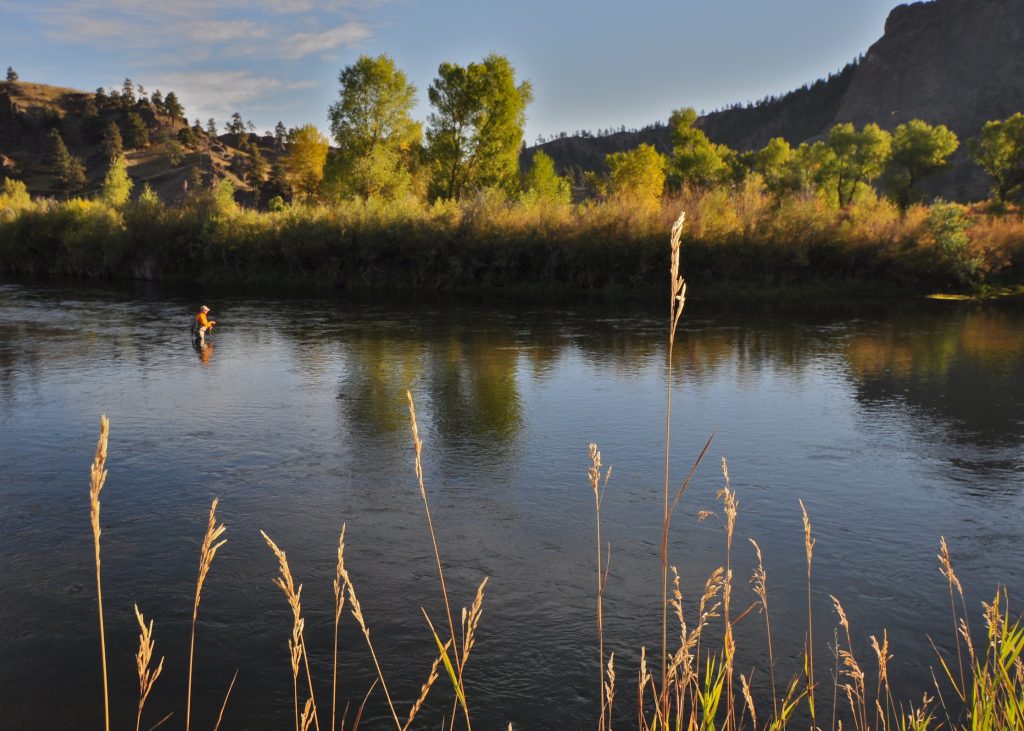 Meeting tonight at Montana Wild in Helena at 6:30 pm. Your voice determines the future of our Cold Water fishery. This is the pan for the 3 reservoirs above Holter Dam and the river sections below the dams. Canyon Ferry, Toston, and Hauser are what is in question here. What the trout anglers fears is that this will roll down hill, making walleye a species that will be allowed to grow and populate the lower river sections…like the ones we fish for trout.

And as you may know, walleye love to eat trout.

To link to the Management Plan Draft click here

FWP has already written the new Management Plan but the Walleye fellers got upset. FWP is now having a second round of meetings. The last of the meetings is tonight in Helena at 630 at Montana Wild.

If you can’t make it will you please fill out this short survey. www.surveymonkey.com/r/BQKPGNZ

FWP is in the process of updating the Upper Missouri River Fisheries Management Plan. This is a big deal. The changes made to the plan will impact our home waters for years to come. If we want the upper Missouri to be managed as a coldwater fishery, we need to make sure FWP knows this. Advocates for warmwater species are making their voices heard, and we must make our voices heard as well.

If you haven’t already, please take the time to voice your opinion by taking FWP’s survey. The survey will take approximately 10 minutes to complete and can be accessed here https://www.surveymonkey.com/r/BQKPGNZ

An article from the Great Falls Tribune Karl Puckett reads below…

Current fisheries management on the Upper Missouri River including Canyon Ferry, Hauser and Holter reservoirs, one of the most-fished stretches of river in Montana, drew some criticism at a meeting in Great Falls Monday, but a fisheries biologist defended it.

Montana Fish, Wildlife and Parks conducted the first of three scheduled meetings to gather input on preferences in fisheries management as it looks to update the Upper Missouri River Reservoir Fisheries Management Plan, which sunsets in 2019.

That stretch of the Missouri is located between Toston Dam south of Townsend and Holter Dam near Wolf Creek, and its walleye, yellow perch and rainbow trout fisheries are highly popular.

“This place is heavily sought after by anglers,” said Adam Strainer, an FWP Helena-area fish biologist.

Strainer said 301,081 angler days were recorded in the Upper Missouri River in 2017, which is 10 percent to 12 percent of all of the angling pressure in Montana.

The management plan includes two major stretches of the river in addition to the three reservoirs.

Two more meetings were scheduled on the management plan, one Tuesday, Dec. 18, in Bozeman, and a third Wednesday, Dec. 19, in Helena.

FWP initially took an updated fisheries plan for the highly used stretch of the Missouri to the Fish and Wildlife Commission a few months ago but commissioners sent it back to the drawing board with direction to get more public comment, Ryce said in Great Falls.

That direction for more “scoping” came after Montana Walleyes Unlimited showed up in force at the commission meeting with complaints about the proposed plan.

“They need to be more responsive,” said Dale Gilbert, a Great Falls angler who said he’s “addicted to walleye fishing.”

Gilbert was on a citizen’s advisory committee that provided input on the current plan approved in 2009.

A key component of that plan, Gilbert said, is it is supposed to be “adaptive,” giving FWP flexibility to respond to population changes with changes in harvest regulations, said Gilbert.

He doesn’t think FWP is being responsive enough to changes in fish populations.

Gilbert noted that he and two other anglers had fished for perch on Holter Lake earlier Monday and caught only 4.

Yes, there may be many walleye in Canyon Ferry, Gilbert added, but they are small, and anglers are not happy about it.

“In our opinion, the plan has worked really well,” said Strainer, the FWP fish biologist, adding the agency has followed the adaptive management strategy to change fish limits when needed.

He noted there have been five changes in Walleye regulations on Canyon Ferry since 2010.

He also cited yellow perch as an example.

At Holter Lake in 2013, yellow perch numbers spiked to more than 60 fish per net in fish netting surveys, which was 10 times greater abundance compared to past sampling.

Over the past five years, because those perch are growing and getting older, fish abundance is back down to pre-boom surveys, including seven fish per net in 2018.

A rainbow trout and five perch caught by Alex Krier and Elizabeth Reed while ice fishing on Holter Lake. Although smaller than lake trout, good-size perch are drawing anglers to the lake. (Photo: TRIBUNE PHOTO/RION SANDERS)

Perch populations were at historic lows on Canyon Ferry, with fewer than one fish per net, prior to 2009, and, through conservative regulation, have since rebounded and climbed to the target goal, he said.

In 2017, netting surveys showed 11.6 walleyes per net, and 6.7 in 2018, on Canyon Ferry. But many of those fish are on the smaller size, making management controversial, Strainer said. Liberal harvest was implemented to reduce the numbers, he said.

“If we can get the abundance levels in check there’s a chance we could get size distribution across all size classes,” Strainer said.

Ryce emphasized that FWP won’t be going forward with the original draft plan it came up with because of the commission’s directive to get more public comment. As a result, at this point, FWP has no draft plan it is presenting.

“We want everyone’s input on what you want for these fisheries,” Ryce said.

It resulted in a 50 percent reduction in fishing stocking in the three reservoirs.

Leathe said he understood cuts had to be made.

“Isn’t there a smarter way to do that than pick on your best fisheries in the state?” Leathe said.

Leathe noted that Canyon Ferry, Holter and Hauser are among the top five fished lakes in Montana. “Frankly, I’m scratching my head,” Leathe said of the cuts.

“I did not want to close a hatchery or lay people off,” Ryce said of one of the factors guiding the decision-making.

The trout populations in the three Missouri reservoirs can recover if funding is restored, she added.

Cuts were not made at warm-water Fort Peck and Miles City hatcheries because those facilities have larger costs for pumping and heating related to “egg takes,” said Ryce, which made cuts there “all or nothing.”

“With rainbow trout, it’s easier to adjust expenses based on production levels than it is at Fort Peck or Miles City,” she said.

Leathe said he’s concerned that the large drop in rainbow trout numbers that’s occurred in the reservoirs due to the stocking reduction will become permanent if the funding is not restored.

Ryce said she received direction to make cuts that caused pain so the public would take notice and speak up about them.

Later, she explained she was referring to the difference between making cuts that are tangible versus shaving a percentage off of everybody’s operations.

“This way it’s easier for us to describe what the impacts are and define them,” Ryce said.

A request to restore the funding lost in the budget cut is included in the governor’s budget, Ryce said.

The cut was caused by a decline in federal revenue the state receives through the Dingell-Johnson Act. That revenue is raised from a fee attached to the sale of fishing tackle and equipment and distributed to states for fishing programs.

About 60 percent of the Fisheries Division funding comes from the federal funding, with the other 40 percent coming form the sale of fishing licenses.

“We’re asking for the authority for the license dollars,” said Ryce, adding the department is seeking a 50-50 split between federal and license funding.

FWP didn’t think the plan needed a major rewrite, and open houses on the proposal were was sparsely attended until the commission meeting, Roberts said.

Word obviously didn’t get back to user groups and the public process failed, he said.

Now FWP has a survey out to get more feedback from the public as it develops a new fisheries management plan, Ryce said.

In seven days, 1,000 surveys have been completed online. The surveys may be completed until Dec. 28.

FWP hopes to have a new draft plan ready for the commission in February or April, Ryce said.

Roberts challenged those in attendance to think of the plan not only from their perspective as anglers but to view it from “a more holistic perspective — the sort of 30,000-foot view.”

“We don’t just listen to the most vocal group out there,” he said. 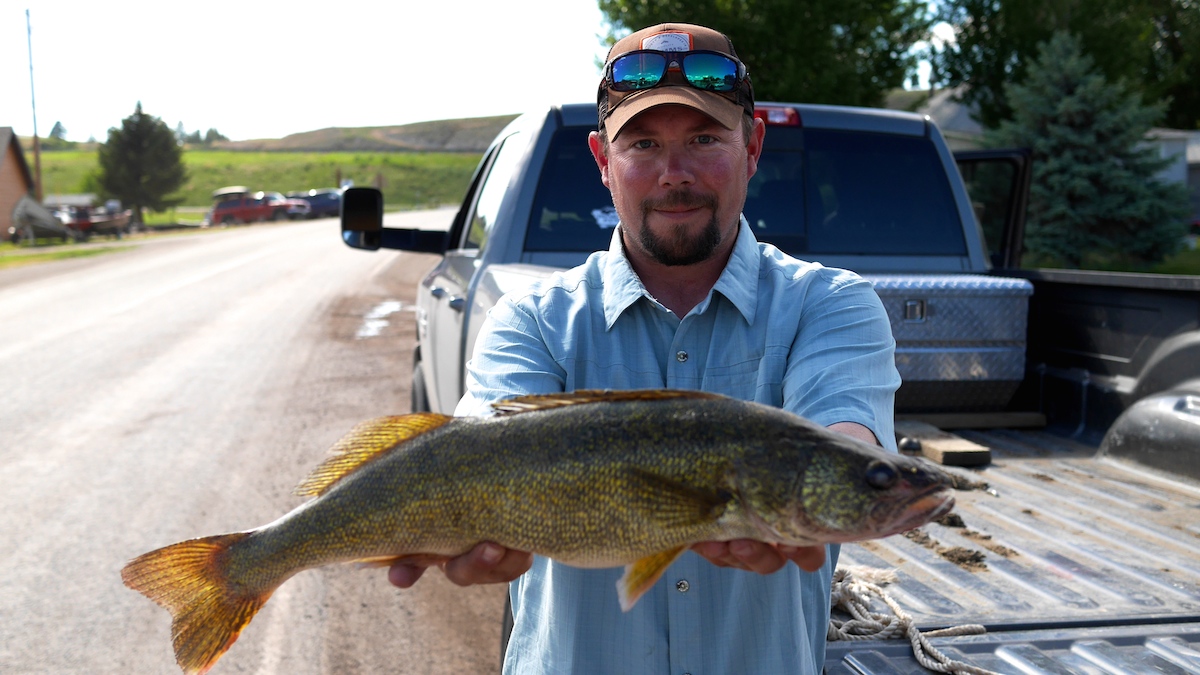 Save a Trout, Kill a Walleye 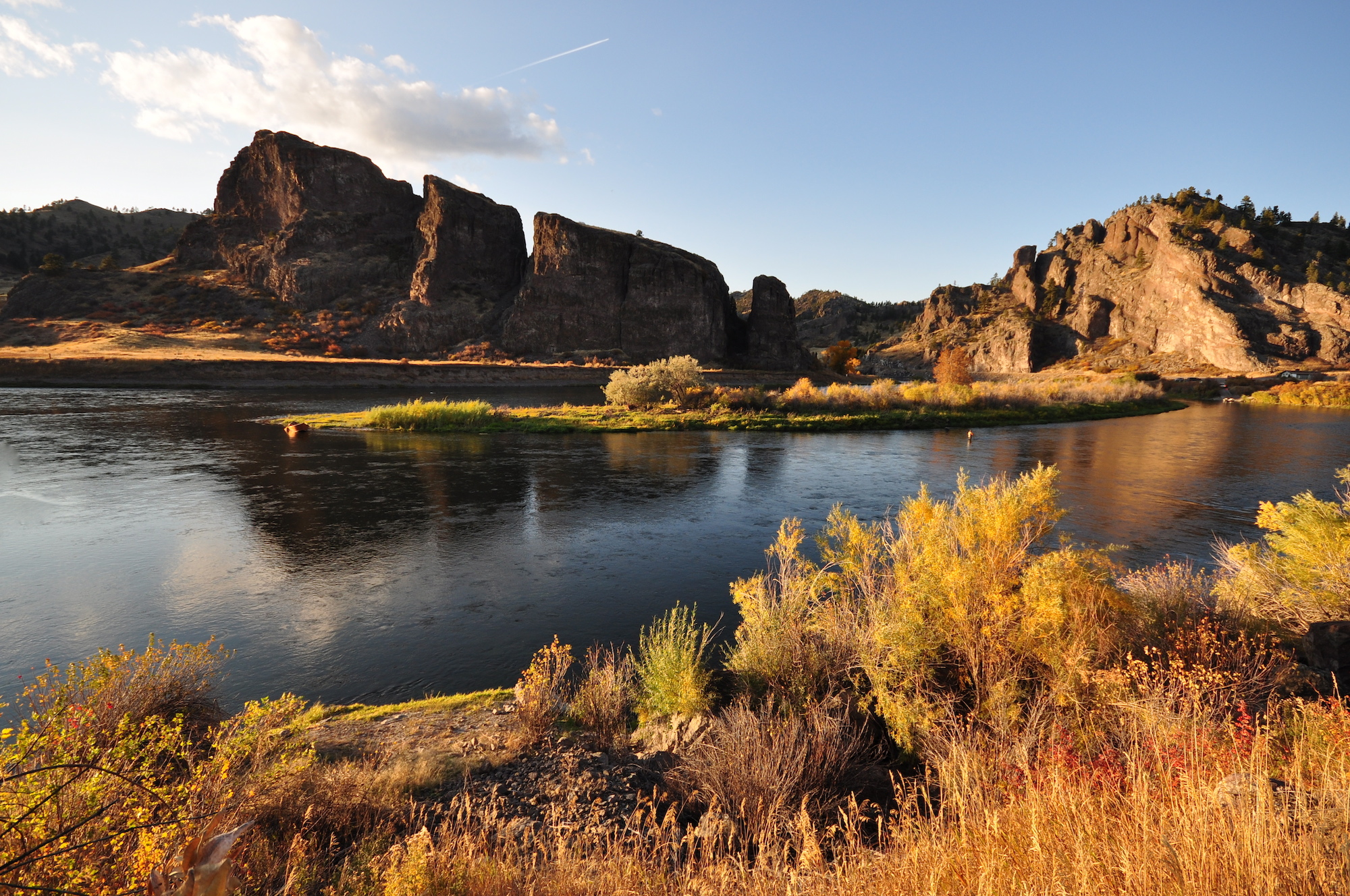 State of the Missouri River. Tonight in Helena! 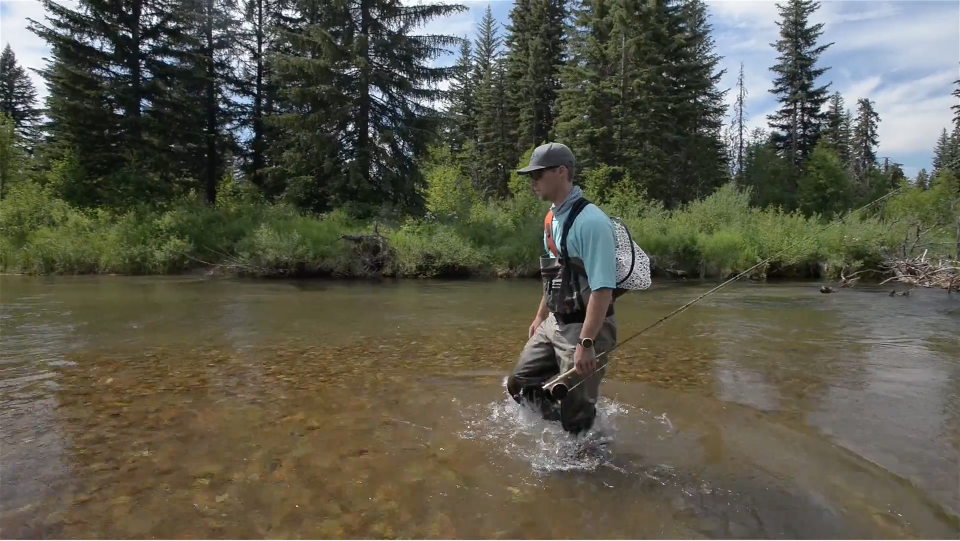 Get Out of the Boat – Summer Haze