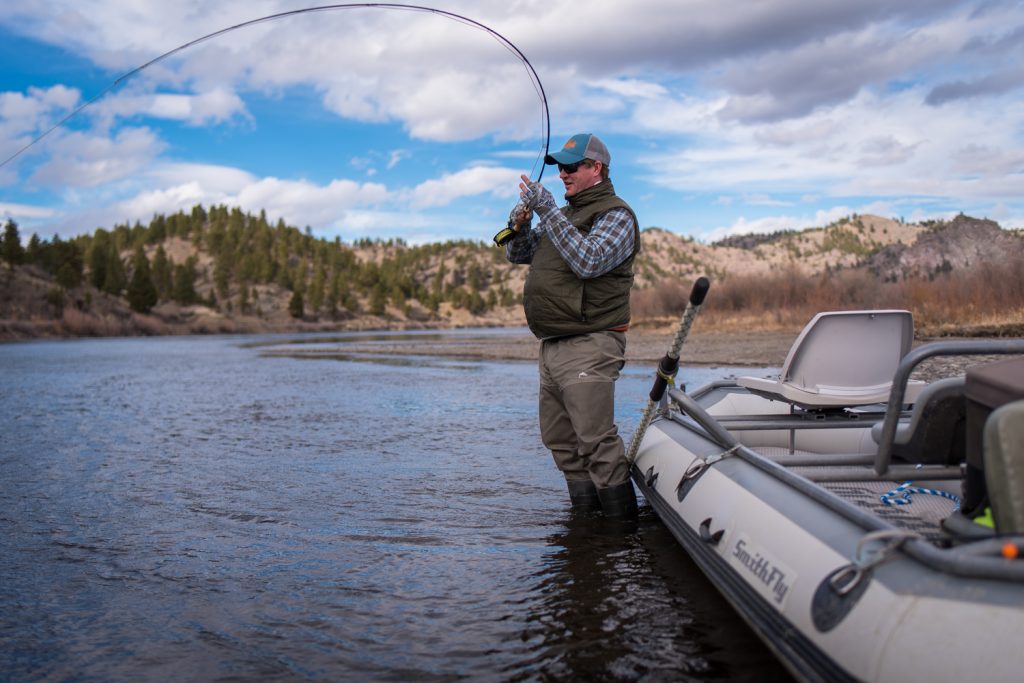 There’s going to be some folks out on the water this weekend. With temps near 70’s, and minor flooding shutting down a few streams around the state, we expect to see plenty of folks on the Missouri. We’ve had plenty roll through the shop this week. Fishing reports are all over the place, but yesterday we heard more bad ones than good. Here’s a couple pieces of advice that we hope brings you some success this weekend.

Downsize those flies! Most Missouri River anglers throw a big “bomb” fly on the lead of their nymph rig during the spring. Usually it works. But not always. If you’re rolling through known spots and not getting any response, consider going to two small flies. Both small mayflies and midge patterns will work, and we wouldn’t hesitate to try a #18 sow bug. It may not be as fun as that big BH Pink/Gray scud, but you’ll actually be eating the primary food source for trout in March. Midges.

You will need to add some shot to your leader to achieve the right depth instead of relying on a heavy tungsten bead lead fly. I commonly switch to a weighted nymph rig with two contrasting midge beadheads (1 black, 1 cream or red) in the winter/spring, especially if; a) I’ve found a few fish in a spot and want to catch more, or b) am in water I know should produce but isn’t, or c) it’s cloudy and the midges are hatching. And I can’t stress this enough: If you are in a good spot that you know holds fish this time of year… do not leave until you hook at least a few!

Get Out of the Boat

Sometimes it pays to slow down. Even on a slow moving river like the Missouri, you are covering water much quicker from a boat than you would while wading. If you’ve hit a few of your favorite boat spots and still have a Zero on the scoreboard, stop the boat at the next one and spend a few minutes wade fishing. Mark and I did this the other day in a handful of spots and were rewarded in each of them (photo above). Sometime those fish need to see that fly a few times before they eat it. And i’m always amazed at how they will eat that big “bomb” fly if they see it go past their nose a dozen times.

We hope everyone enjoys the warm weather this weekend. We will be open and ready at 8am, and likely at the shop until dark Saturday evening. Swing on in and get the lowdown. The middle river is fishing well, so don’t feel the need to head to Holter. Humans are not heard animals. Izaaks won’t be open for another week, but you can grab a Tombstone at Joe’s, meander up to the Oasis in Wolf Creek, head down to Cascade, or throw the Hibachi in the ring and cook some food at the campground. If you plan on camping Saturday night, I’d probably grab a spot before you fish. I bet the Craig FAS is full tomorrow evening. 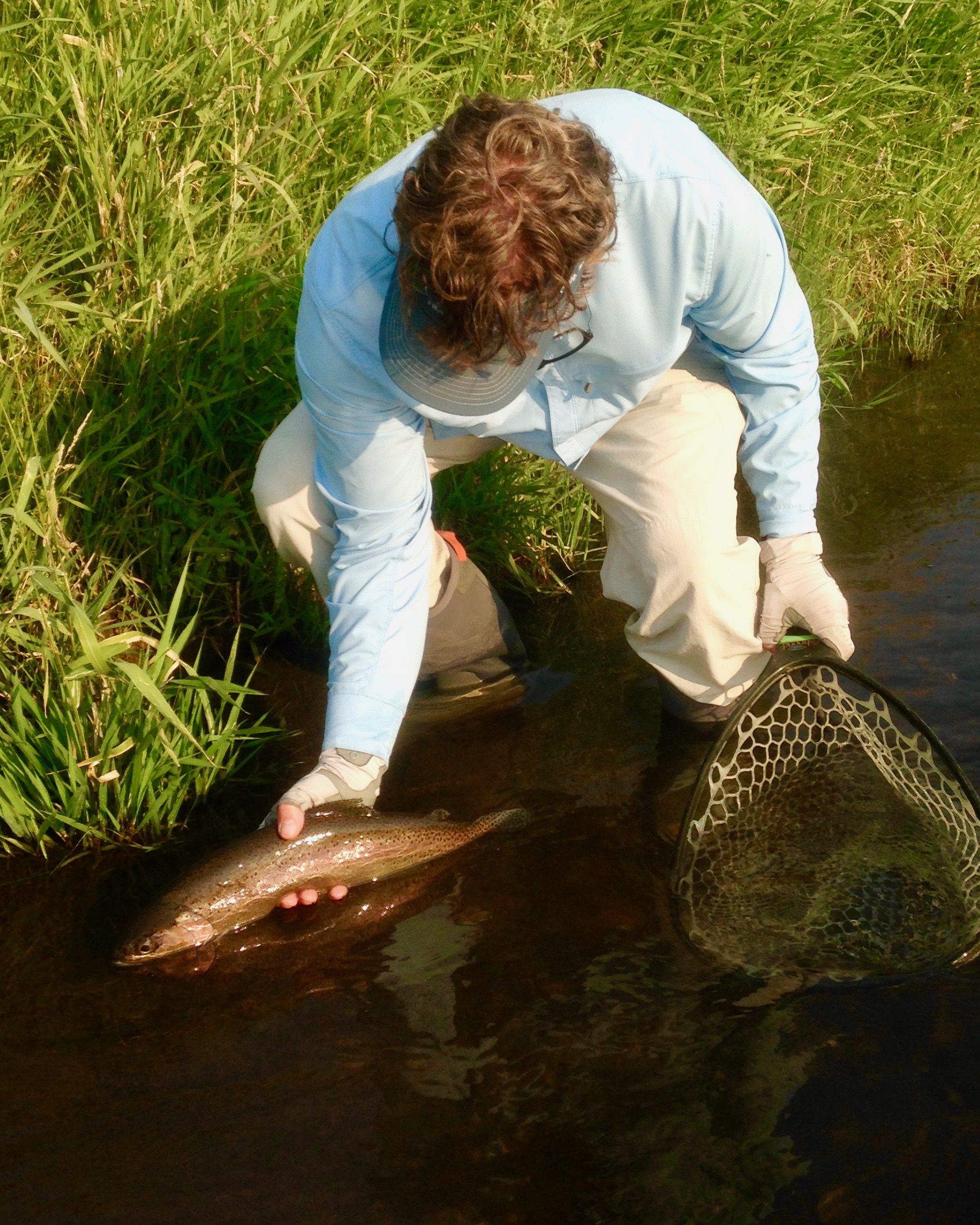 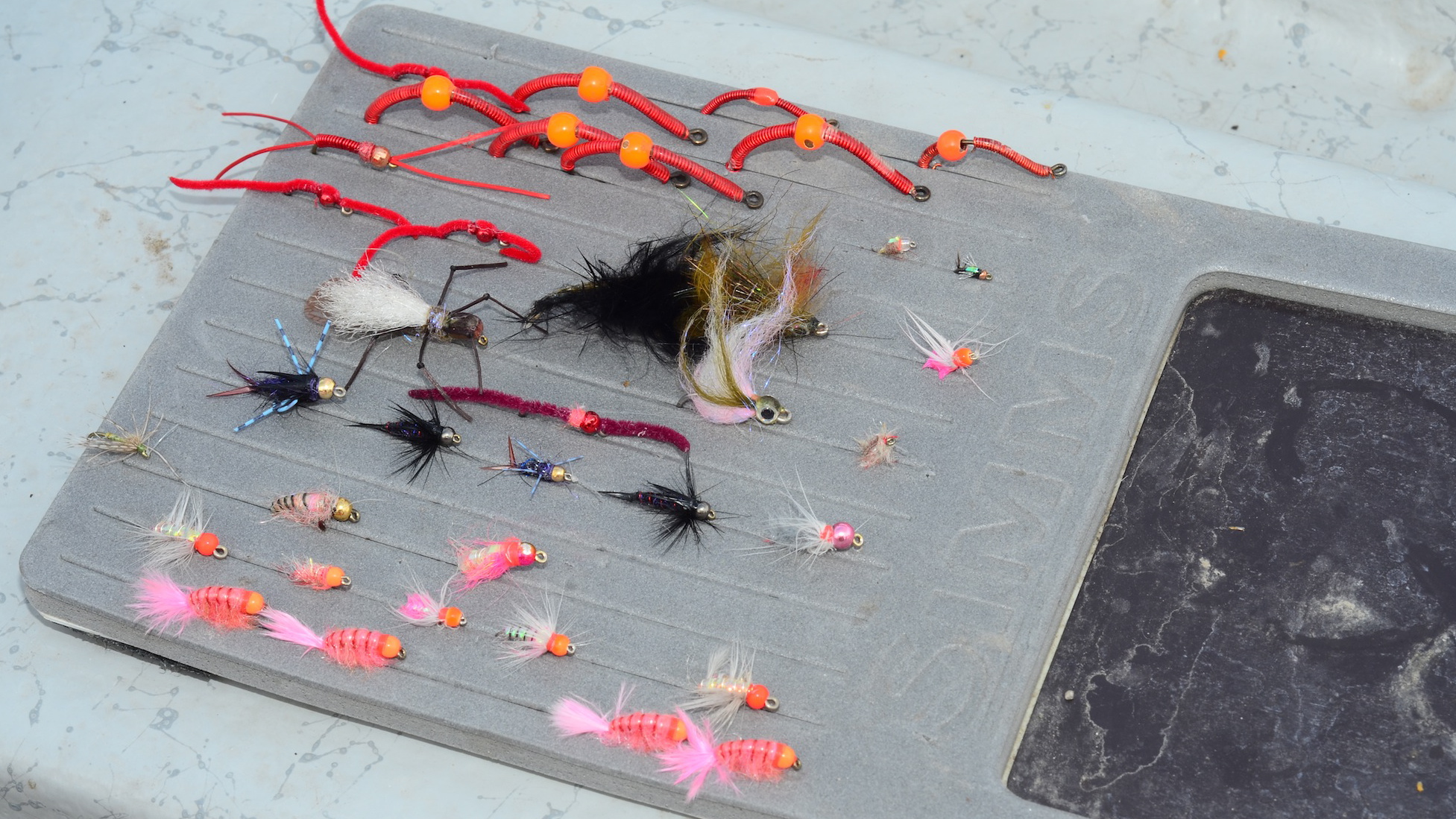