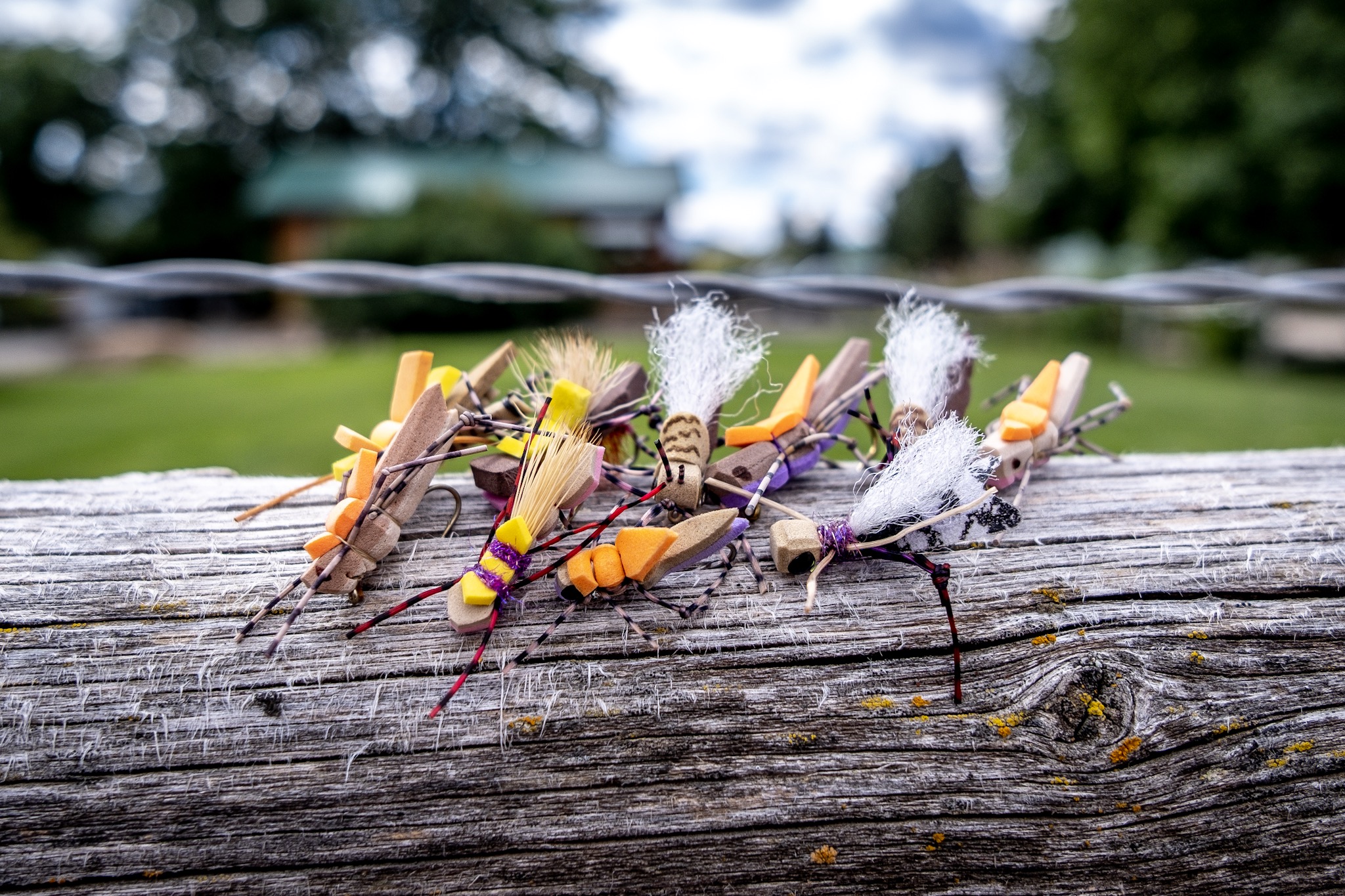 Were in the midst of a good hopper season in Montana. From the Yellowstone to the Madison to the Bitteroot, it seems like everyone is talking Hoppers. Same on the Mo’. The hoppers were late – like all the other hatches – but they’re thick now, and hopper fishing is about as good as you can expect. Reliable.

I asked out shop staff what the best selling hopper patterns are, and I got a shrug. “It’s all over the place”, said Sara. All staff present concurred. So I asked them to collect what the group thought were the 10 best right now.

I won’t bother naming them, as it doesn’t seem to matter that much. But I do see a few common denominators like pink and purple. Medium in size. Eyes.

Seems like the entire season has been like this. Ask 6 different anglers what they’re getting them on and you’ll get 6 different answers. Not unusual during hopper season, but it seems like there is typically a certain pattern or two that are constant producers. This year there are either lots or none  depends on who you ask. Me? I like the Whitlock Hopper.

Q: Does anyone use a Joe’s Hopper anymore?

So if you’re headed out to search for big trout with hoppers, it likely pays more to fish the right water instead of worrying about the right fly. 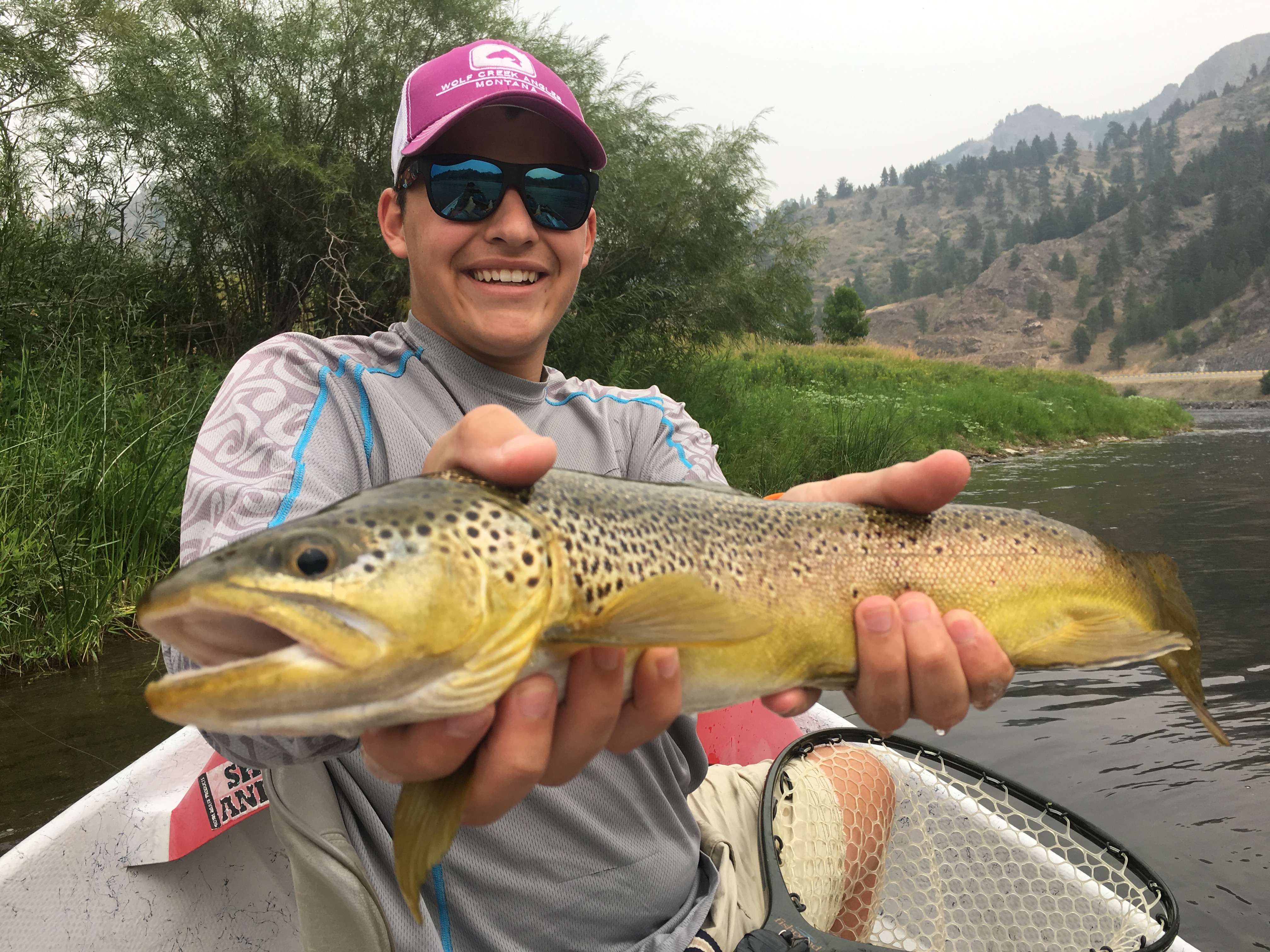 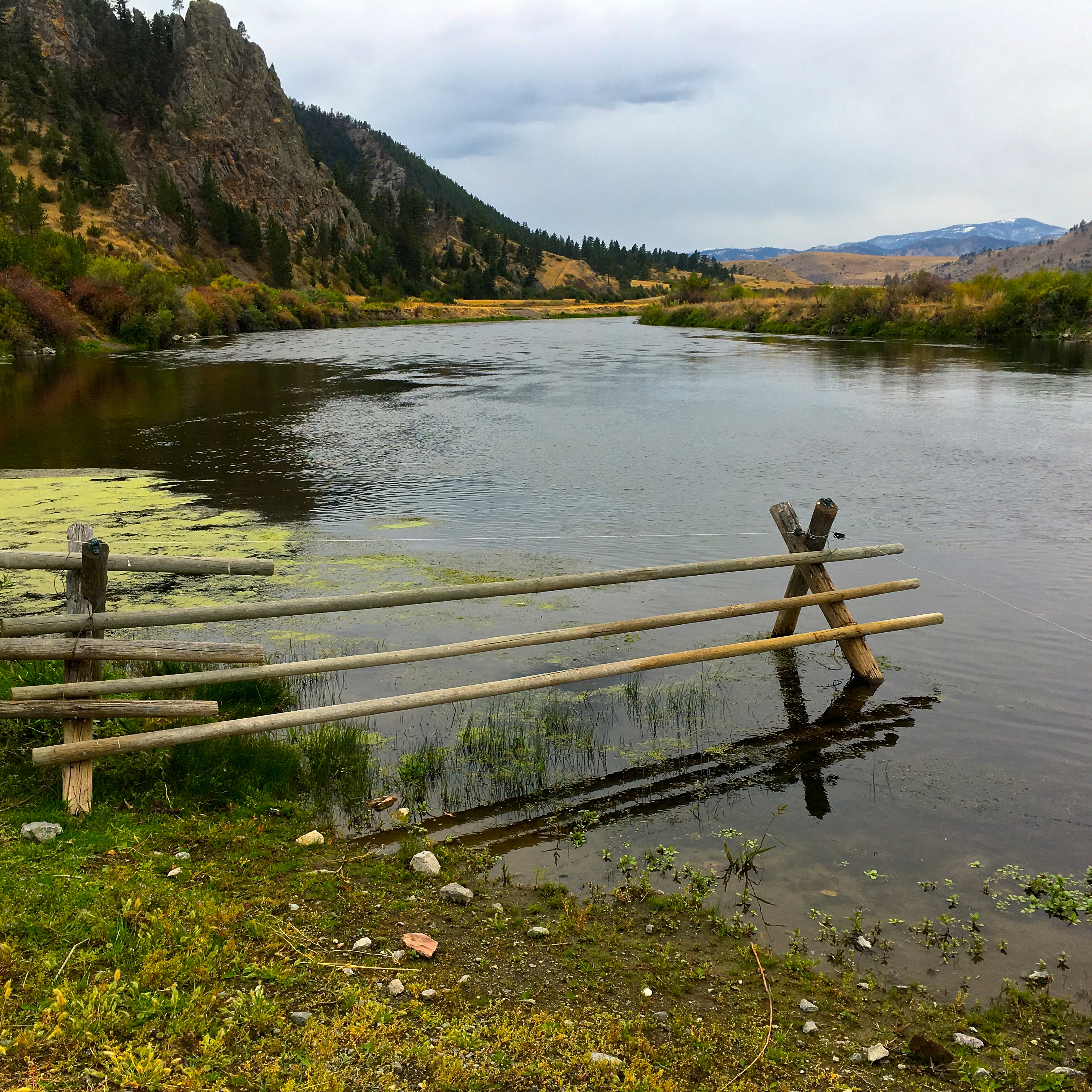 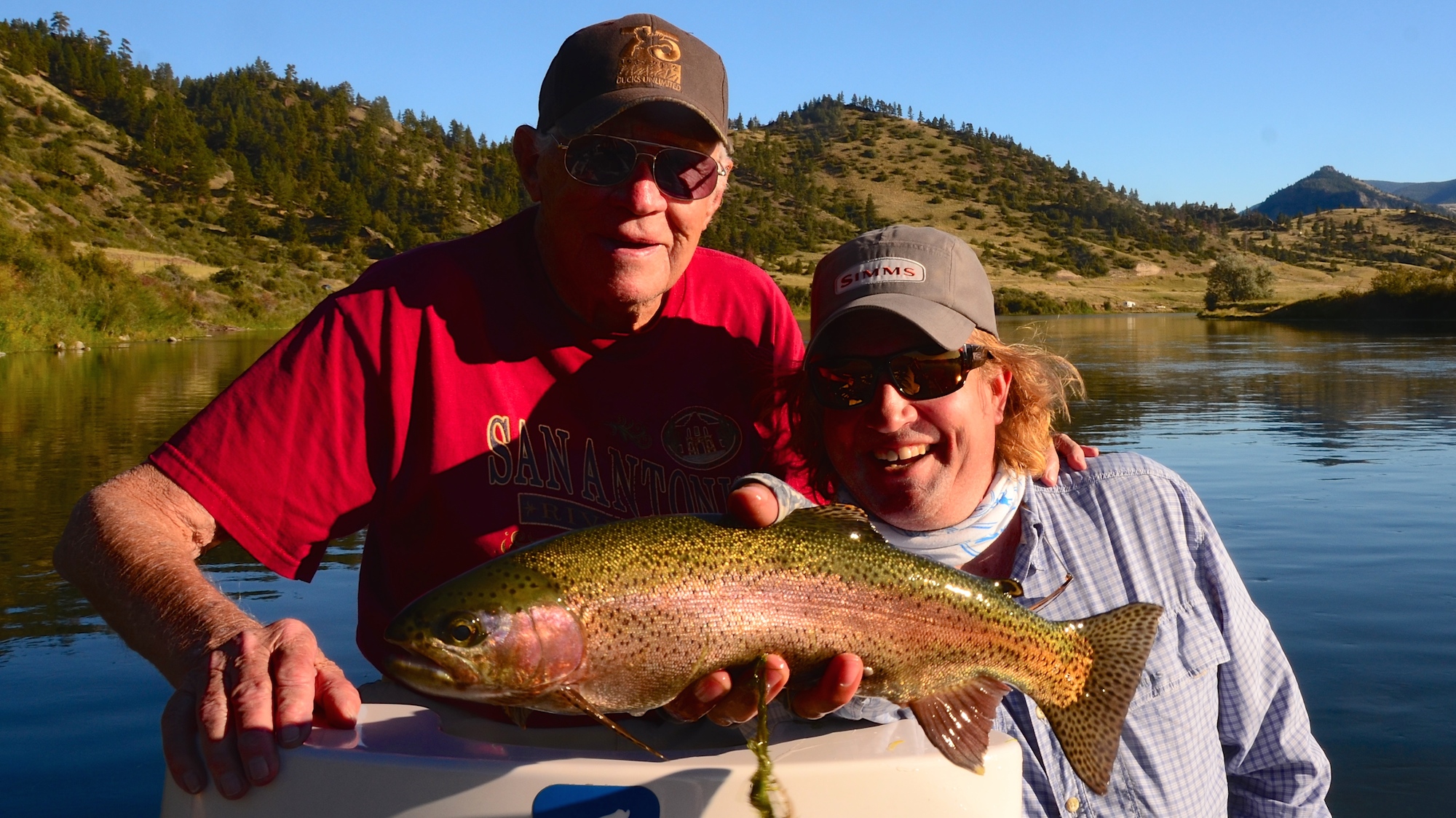