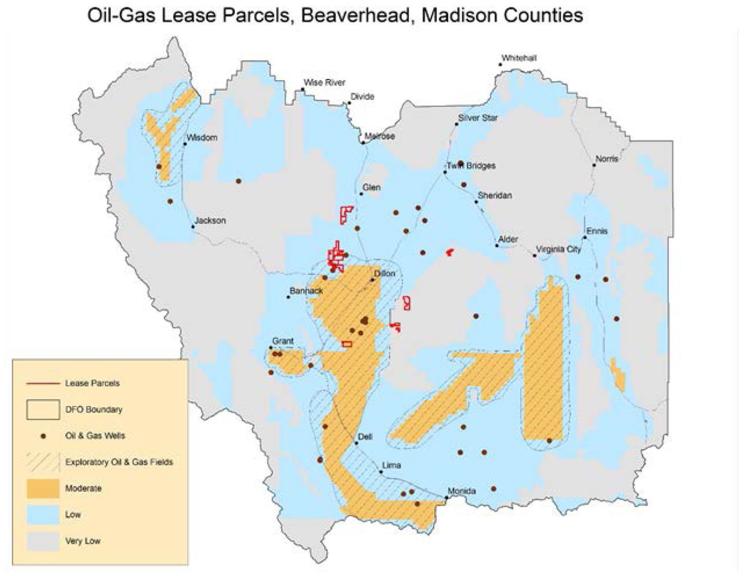 Zinke and BLM Lands in Montana

Zinke and BLM Lands in Montana

Zinke promised something quite different than he left in his legacy. Legacy, a funny concept. I think he promised to leave Montana in better shape than he found it?

Editorial from Tony Bynum in the Missoulian. Scraped it from Moldy Chum yesterday.

As former Interior Secretary Ryan Zinke rides off into the sunset, Montanans are forced to confront the repercussions of his decisions for our public lands. Under Zinke, the Bureau of Land Management recently moved ahead on the sale of oil, gas and fracking leases on 10,000 acres of public lands in southwest Montana, including parcels along our beloved Big Hole and Beaverhead rivers. Zinke made this decision even though the BLM received thousands of comments against the sale and only one comment supporting it.

This lease sale is indicative of how Zinke operated as Interior secretary: ignore the public’s cry for protecting our most revered public lands, and allow special interests to exploit those lands. I fear this disturbing pattern will continue in one pending decision that could have the greatest impact of all on public lands in Montana — the BLM’s land management plan for much of central Montana’s prairie.

I’m an avid hunter, and have made my livelihood photographing this tradition, mostly on public lands. In recent years I have grown to love central Montana’s vast prairies. The buttes, breaks, wide-open spaces and river valleys provide plenty of opportunities for solitude and secure habitat for wildlife. The wildness of this landscape was what most inspired Charlie Russell, a wildness that was fading fast after his arrival in Montana in 1880. Through his art, he captured this fading wildness to make sure we didn’t forget about it and the people, wildlife and features that characterized this landscape.

While Russell was pessimistic about the future, we shouldn’t forget that because of his and many others’ efforts, much of what he thought would be gone forever has been restored and protected over the years. This conservation story is not over, however, and I fear that it could take a drastic turn for the worse when the BLM Lewistown Field Office releases its draft management plan, which will determine how some of the last blocks of unbroken prairie will be managed for the next 20-30 years. Many of these lands are concentrated south of the C.M. Russell National Wildlife Refuge, where the Musselshell River runs into the Missouri River. Places like Horse Camp Trail, Chain Buttes and Crooked Creek, which cover about 200,000 acres of wilderness-quality lands and serve as some of the most productive ungulate habitat in North America, will be addressed in this plan.

These wild and remote public lands provide valuable habitat for some of the largest and healthiest big-game populations in North America, as well as opportunities for hunting, hiking and camping. A study recently released by Southwick and Associates showed that Montana’s 8 million acres of BLM land supports 3,931 jobs and $134 million in salaries and wages.

These BLM lands also include Areas of Critical Environmental Concern like the Judith Mountain Scenic Area, one of the only forested mountain islands in the Great Plains. It offers Lewistown residents and visitors access to a popular 5.5-mile trail up Collar Peak, which cuts the prairie air at 6,126 feet above sea level.

When evaluating Ryan Zinke’s legacy on our public lands, it is clear that he wasn’t at all the Teddy Roosevelt conservationist he claimed to be. We can only hope that the BLM’s pending land management plan for our prairie landscape doesn’t fall into the pattern he established of ignoring the public’s demand for conserving some of our most cherished public lands.
The wildness that Russell cherished shouldn’t be treated as a painted relic out of a quaint past; it is still with us, and it is our responsibility to make sure that it remains for future generations.
Previous Post
High Water in 2019?
Next Post
Headhunters Fly Shop Trout Spey Report 1.30.19