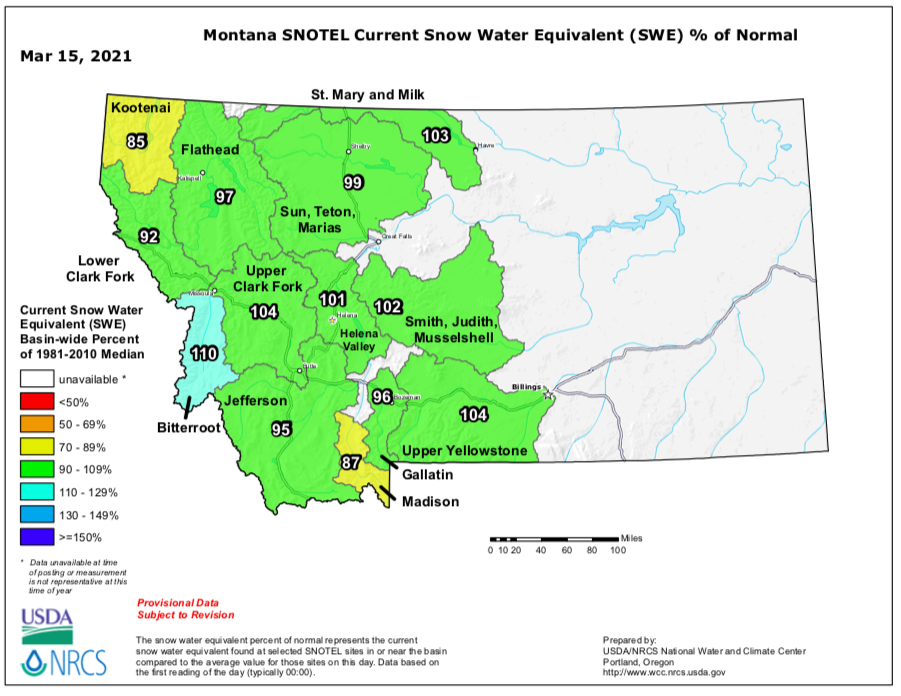 Spoke with the water managers this past week and here ar the updates.

Stephanie Micek stated that it may be a lower than average water year. Of course there is lots of time before the we will know what transpired in water year 2021, as hindsight is easy to see.

We still have another month of water falling from the skies that adds to the current snowpack. The snow the matters most is the snow that is on the ground in late April.

The forecast is for dual chance of above Precipitation, and below Precipitation. That is the Current NOAA outlook. There is not too much low elevation snow. If any. So the soil saturation is not above average. If it does not rain, or snow the average historic quotient, we ma be headed towards a drier than average water year.

Our guess is average to below average. We are mirroring what the charts are saying as well. Will this actually happen? Who knows? We will let you know in August!

I did ask Stephanie if the precipitation that we receive beyond the April mark is of any consequence? And she said yes. Partial flows are related to current rainfall. More clearly defined is that the water or snow that falls beyond the April mark does indeed contribute to the water flows that happen beyond said date. Yes, June rains add to the water flows. There was some belief that that water passed through the system. And some does.

What does all this mean going forward? Well we will not know until we get past April. Then we will have a great understanding of what could happen for the mid summer. The snow water equivalent map above does not predict what will happen int he future. It is a year to date map. It can vary wildly int he next month. But it does show we are about average for the season.

So, what is our current guess?

How about you? You gonna make the journey in 2021? Call today for up to the minute updates.

But, as we always say in passing…Mother Nature has the last laugh!