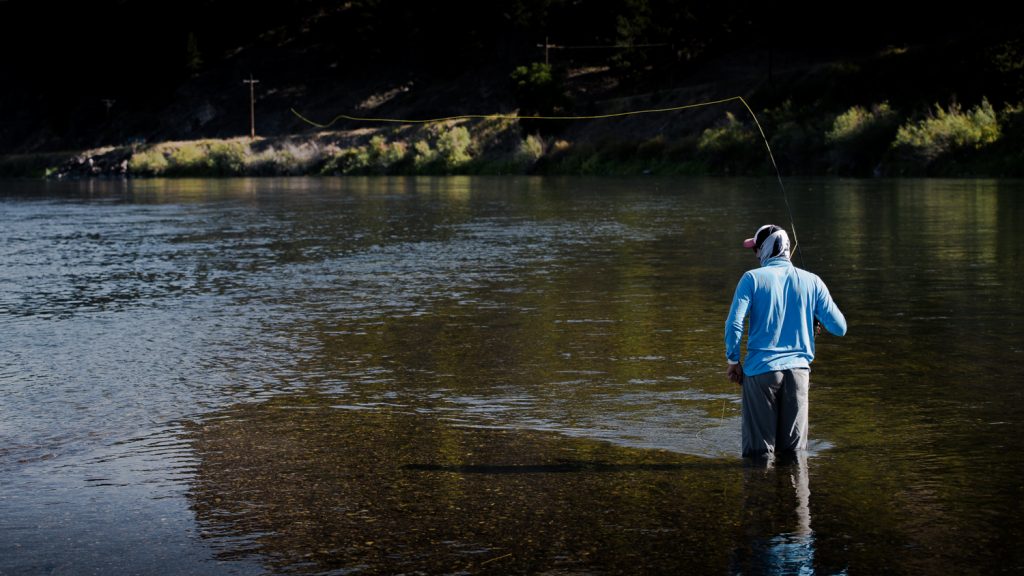 If you’ve been out on the Missouri chasing heads in the morning lately, you know that the fish can be tough. Super Snotty. And nothing frustrates anglers more than fish that go down on the first cast, even when it’s a good one! We’ve been hearing this gripe lately from the morning dry fly crowd.

There’s no doubt that our trout get a little wiser each year. And when the hatches are a little thin – as they’ve been lately – the fish seem to be that much more wary. Stealthy approaches are a necessity. Keep your feet or oars hushed while you get in position. Measure your line at least 45 degrees from the fish. And for Pete’s sake don’t pile it in on them!

While some fish just aren’t going to play no matter how well you do it (did Ben Hardy just leave the area?), others will if you do it right. We constantly harp on the importance of that first cast. And we’re usually stressing accuracy. But landing that line and leader delicately is just as important during late summer.

The simplest piece of advice to keep things landing lightly is to stop that tip high on your forward stroke. Sounds easy, right? It is, but it’s also one of the most common casting errors guides & instructors see, and also one that many let slip by in this era of bobber lobbing and chucking streamers (dropping your tip is a good thing when nymphing). Guides also let you get away with it because it’s one of the many things we repeat thousands of times a year (“set it!”, “mend”, “you’re going too far back”, etc.). Sometimes we just run out of words.

In the above image we see ex-Mo-guide Simon Perkins performing a delicate dry fly presentation. See where that tip is stopping? That’s how it’s done. As a result you can see his line and leader extended perfectly parallel to the surface. His line, leader and fly are all going to “parachute” down together and land as light as possible. No forward energy to pile into the river. All forward energy has been expelled in the air.

This one is easy to work on in the back yard. Use a fixed amount of line (usually no need to shoot much this time of year), and keep it on the short side. Think about the average distance you work a trico pod from. Likely around 40 feet. In a nice bouncy riffle, probably less. Use that amount.

Concentrate on stopping that rod tip high. This means your forward stroke will be short. Despite the Rev. MacLean telling you to perform the cast between 10 and 2 o’clock, you’re going to rein it in to 11 and 1. Real tight.

I also like to envision that line coming off the tip and straight out into the air. Not up, and definitely not down. Watch your rod tip and line at the end of the forward stroke, not your target. It will help.

Years ago a I heard a casting instructor (probably the late, great Mel Kreiger, but I can no longer remember for sure) tell the class to perform that forward stroke just like your hitting a nail into a wall right in front of you. Think about that. A short forward stroke with your wrist locked (we’re talking a framing hammer here) and an abrupt stop. Your hand is just above your shoulder. Tap, tap, tap. If you’ve never used a hammer (millennials?) go steal one from your dad’s tool chest and give it a try. You really can’t use a hammer wrong. If you do you’ll end up in the ER.

We’re on the early and late shifts right now, so you have plenty of time to practice this stuff in the afternoon. Muscle memory is key to good casting. And burn the above image into your mind.

If you just want to practice hammering, swing by the shop. You can work on the fence. 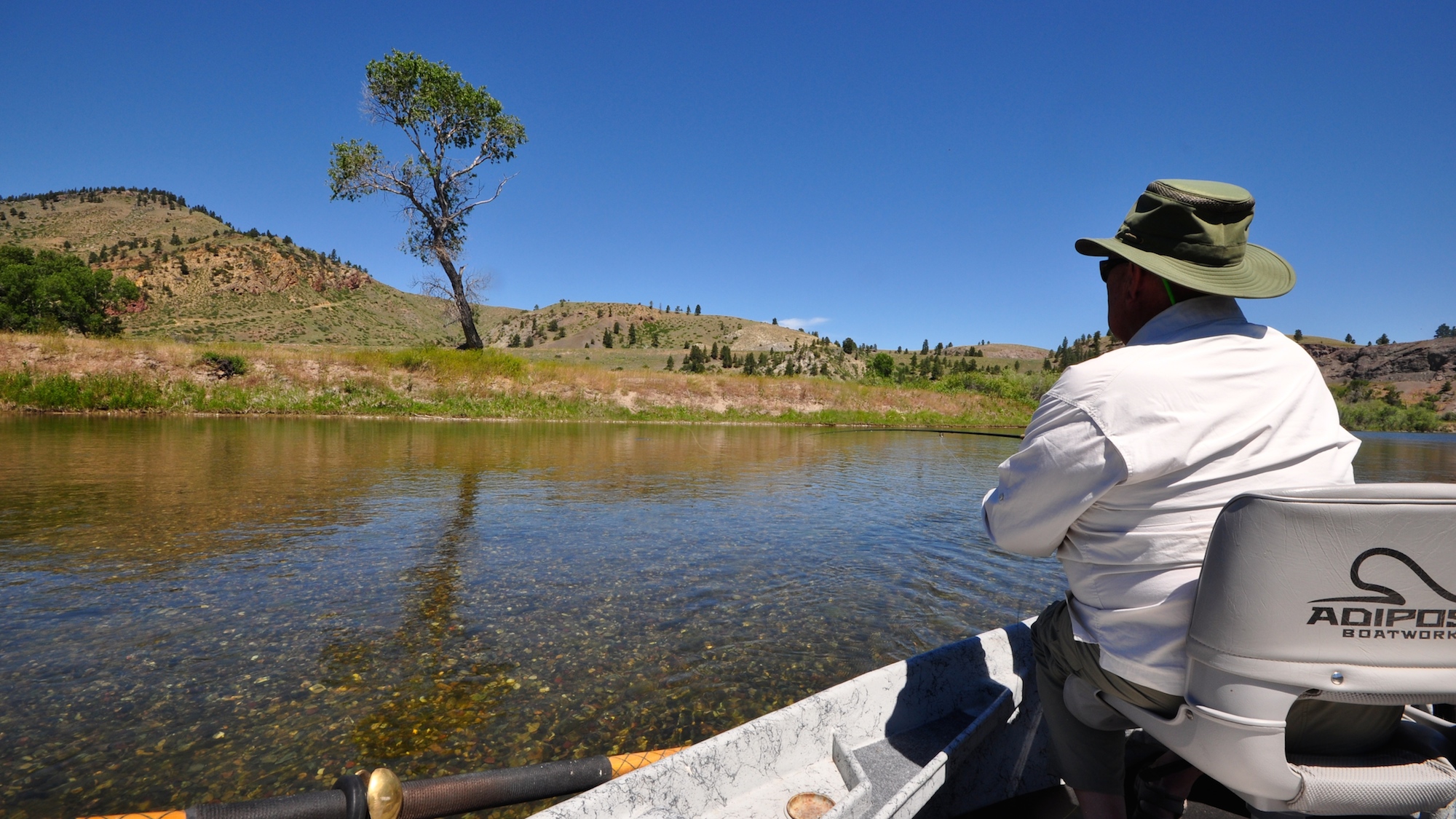 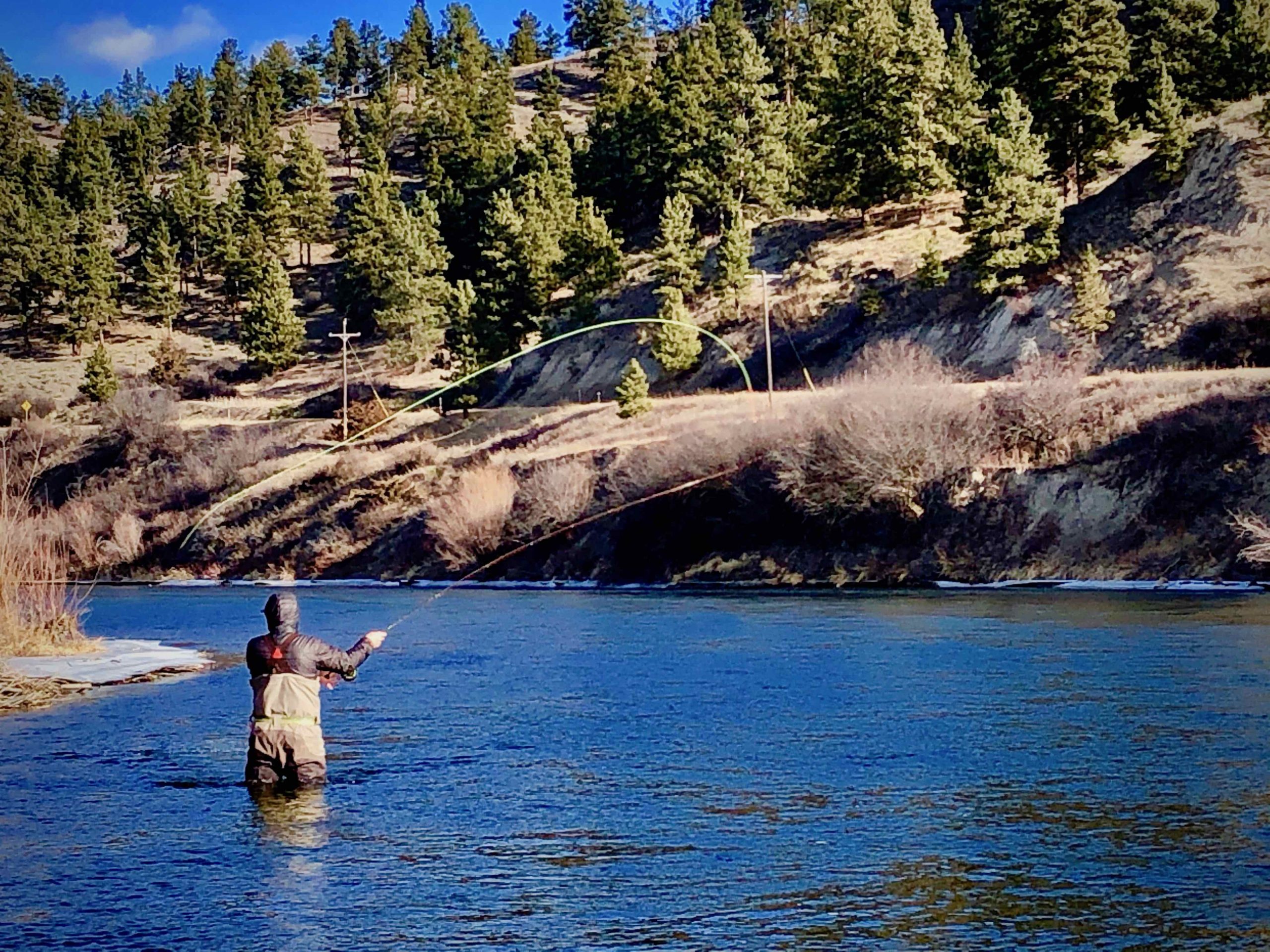