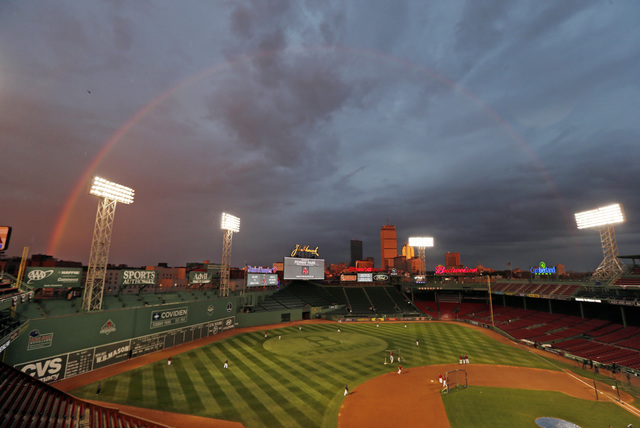 Some random yahoo’s are gonna say the Henry’s Fork, the Madison, the Delaware?

How about the Missouri River. Yeah, it was first on my list too.

You gotta be good to make it to the end, to enjoy the latter season…October baseball and October fly fishing on the Missouri. It’s fun!

We welcome all who attend, who enjoy the late fall, who love flyfishing!

A Missouri River Grand Slam? Let’s see. A rainbow, a Brown, A Whitefish and either a Sucker or a Carp. Both of the latter are difficult to catch. First you gotta locate them. Then execute.

A strikeout? Fishing with a feller that can’t row.

Bases Loaded? Fishing 3 flies at once.

Designated Hitter. Someone who can fish worth a shit. That last guy…

Base on Balls. Kinda like catching a Whitefish. Not and, but does not make your batting average go up.

Double Play. You know, a double. A double hook-up!

I could go on for another 50 verses, but what would that do? Just allow you to waste more time at work today. Reading this certainly will not make you smarter.

I had a guest in my boat recently that stated that he did not know if he could do anything as often as we do. Fishing, working, playing, hobbying…anything 300 days a year. While we, Scumliner and Squeeky, do not fish 300 days a year, we certainly have. A few of our guides do. They seem to be smiling at least 300 days a year.

Fishing a bunch gives you validity when speaking about fishing. Like we do daily.

Drivel…more garbage from the author. The 2013 World Series is tied 2-2. Who you pulling for? I figure there are enough Boston fans already, so I’m pulling for the Cards.

Snow on the ground here this morning. Snowing Sunday night as I write this. About an inch so far. Will the baetis make a showing? Probably.

See you this week on the water. Call in sick from work if you wish. Call us up before making the trek and we will give you the straight scoop on the wind, snow, hatches, etc.

If you don’t make it this year to the Montana’s Missouri River, the World Series, maybe next year is your time?

How about booking a weekend around our Winter 2013-14 Spey Clinics. The first Saturday of every month classes are offered for the worldly price of free.

Call today to get your name on the list if you do indeed want to attend.