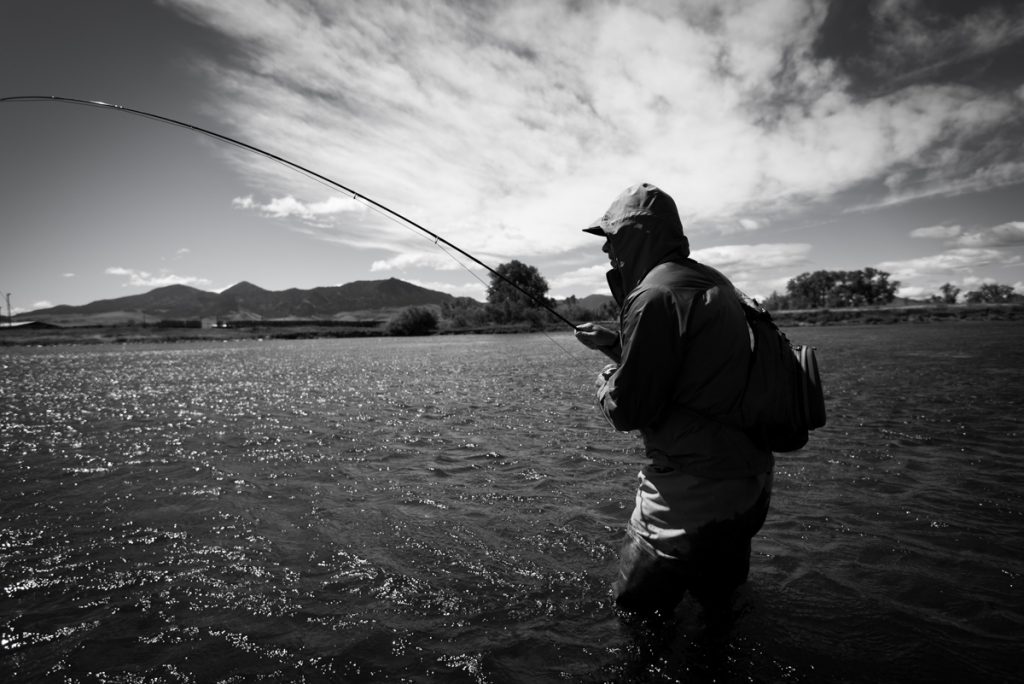 Fishing reports are all over the place right now. As is the weather. And your options. Typically fall in Craiglandia, and we love it. Is it easy fishing like April? No, but it’s really damn good and you can choose just about any method you want and any section you want.

Always good in the Autumn and no exception right now. Your best bet is to use smaller mayfly patterns like Military May’s, Little Green Machines, and Lightning Bugs. Fish them deep-ish in the morning, say 5 feet with a B shot in front, and go shallower as the day progresses. Going shallower is especially important on dark, cloudy afternoons.

I’m not sure if there are any patterns that aren’t working right now, but I hear mumbling from the fly case of Ninch’s worm, scud patterns large and small, Caddis Pupa and a few are still tossing the Crawdad. Understanding the different water types and where to throw the right fly is important the further you get away from standard Mayfly nymphs. If you don’t want to think about it stay small and use a mayfly nymph. Leave the experimenting to those creative types.

The dry fly game has been good to great this week. As usual, the nastier and closer it is, the more heads you’ll find. But are you prepared for the weather? Make sure and bring a couple pair of gloves, some hand warmers, a thermos full of coffee or cocoa, and layers, layers, layers!

While the air is cold this week and the river looks like fall, water temperatures are still up in the mid-50’s. Too warm for those big fall BWO hatches. Prepare for Pseudo’s, a few Calliabetis and some October Caddis.

Pseudo’s are the main game, and you shouldn’t worry about the right fly. Have several right fly’s for different situations. Lonely Browns tight to the bank are often less selective. But those roaming packs of Rainbow’s in the middle can be nasty. If you stick a fish, I’d probably just cut that fly off and try something different. It doesn’t take too many passes through the pack for them to clue in to your presence.

Not many anglers concentrate on Callibaetis or October Caddis. Both bugs hatch locally (meaning in certain areas) and neither hatch in great numbers. If you see a couple float by you are in one of those spots. Like PMD’s, our trout prefer the cripple or spinner stage of the Callibaetis, but you can get them blind on a Parachute Adams (remember that one?) or a Purple Haze. October Caddis are large, orange and like to move around on the surface. Your fly should do the same.

Often the most popular, but not always the most effective, method during October. We preach small bugs, but most revert to the loud, obnoxious and Trump-ish streamers that are in vogue to our south. Yes, they work also, but day in and day out you’ll get more fall fish on the smaller clousers, buggers and zonkers that most full time Missouri River fisherman use.

All floats are producing right now, and Brown Trout are staging up around some of the creek mouths and shallow flats they inhabit this time of year. Shallow water requires delicate presentations. Heavy tips may be a good idea from the boat, especially in deep center of the river runs. The faster ones.

Our favorite fall patterns include the Kreelex, Skiddish Smolt, Foxy Clouser and the MRS Bugger. Egg sucking patterns are often overlooked but can produce very well this time of year.

Doesn’t really matter. The water will be a little colder the lower you go, so if you’re looking for BWO’s go Pelican to Cascade. Water temps are dropping rapidly, so hopefully it won’t be too long until that hatch gets going. Nymphing is best from Holter Dam to Mid-Canon. No surprise. Lower down in the Canyon things are hot as well, but you may find average fish size a bit smaller, especially on sunny days.

We’re often asked which float is the best for fall streamer fishing, and I don’t think there’s an answer to that one. Anglers who know where to throw it on the float they are on do well. Those who don’t, don’t. My advice?: If you hit 3 rip rap banks in a row and get nothing, switch to the shallow side – or the middle – in the next run. Try something different!

All and all the fall fishing is better than it’s been in a few years, and the cooperative weather pattern we’re in right now bodes well for the remainder of the month. The best part, however, is that all methods are productive and you can choose your favorite most days.