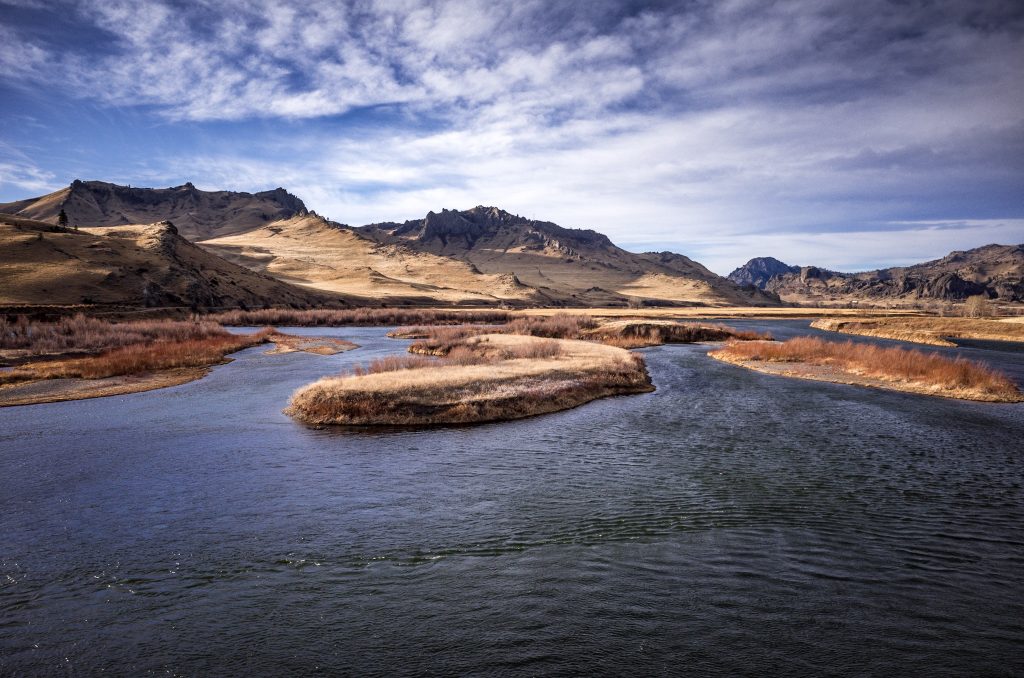 The above image is not normal. It was taken yesterday morning looking upstream from Pelican Point. There should be ice jams and snow on the ground. When it’s real cold the river might be frozen over. Even on a warm and dry year, there should be some snow on those higher peaks and a little ice in those inside channels.

Not this year. Winter started great, but it’s been weeks since we have had any significant snowfall. Daytime highs and nighttime lows have been above normal. For the last few weeks it’s been jeans and sweatshirt weather. We have even had some smoke in the air this week from the fires in Southern California.

While we never root for drought conditions, it does create some unusual opportunities for anglers. On a typical year, fishing below Prewitt Creek would not be much of an option in late December. But for the next few weeks – according to the weatherman – you might find some good fishing on the lower river

The trout haven’t completely moved into the big, slow winter tanks yet, but they’re starting to. On some lower river stretches find8ng winter holding water can be difficult, and so can finding fish when the water temps are in the mid to low 30’s. With our unseasonable temperatures, you should still be able to find fish in shallow riffles.

As for access you can get on the water at Pelican Point, as well as from the “backside” on the Sheep Creek Road upstream from Cascade. You can do a nice short float from Prewitt Creek to Pelican Point, which has plenty of great Wade fishing water as well. The short days and often windy conditions in December mean that Pelican to Cascade is an unlikely option. You’ll be pushing a lot to get off before dark.

A swung fly (on a single or two-hander) is a great way to cover the broad runs on the lower river. Move fast and cover as much water as you can. Leech patterns are crushing it right now, but we always do well with flashy baitfish patterns around Pelican late in the year.

Nymph rigs will be similar to the upper, but I’d be using the bigger stuff – Czech mymphs, worms, scuds, crawdads – more than midge stuff you might find productive near Holter Dam. They’re eating midges, and midges will work, but you likely don’t need to go that small unless you find a group of fish midg8ng in shallow water. As with streamer fishing, cover lots of water quickly until you find them.

Dry flies may be a player, and we’re still seeing some BWO’s here and there. Midge hatches are not typically very intense until later in the winter, but I would certainly have a few Griffiths Gnats on me. Some of my favorite winter dry fly water is in the big riffles between Hardy Rapids and Pelican Point. You access this stretch through Anderson Ranch/FWP access points from Sheep Creek Road. 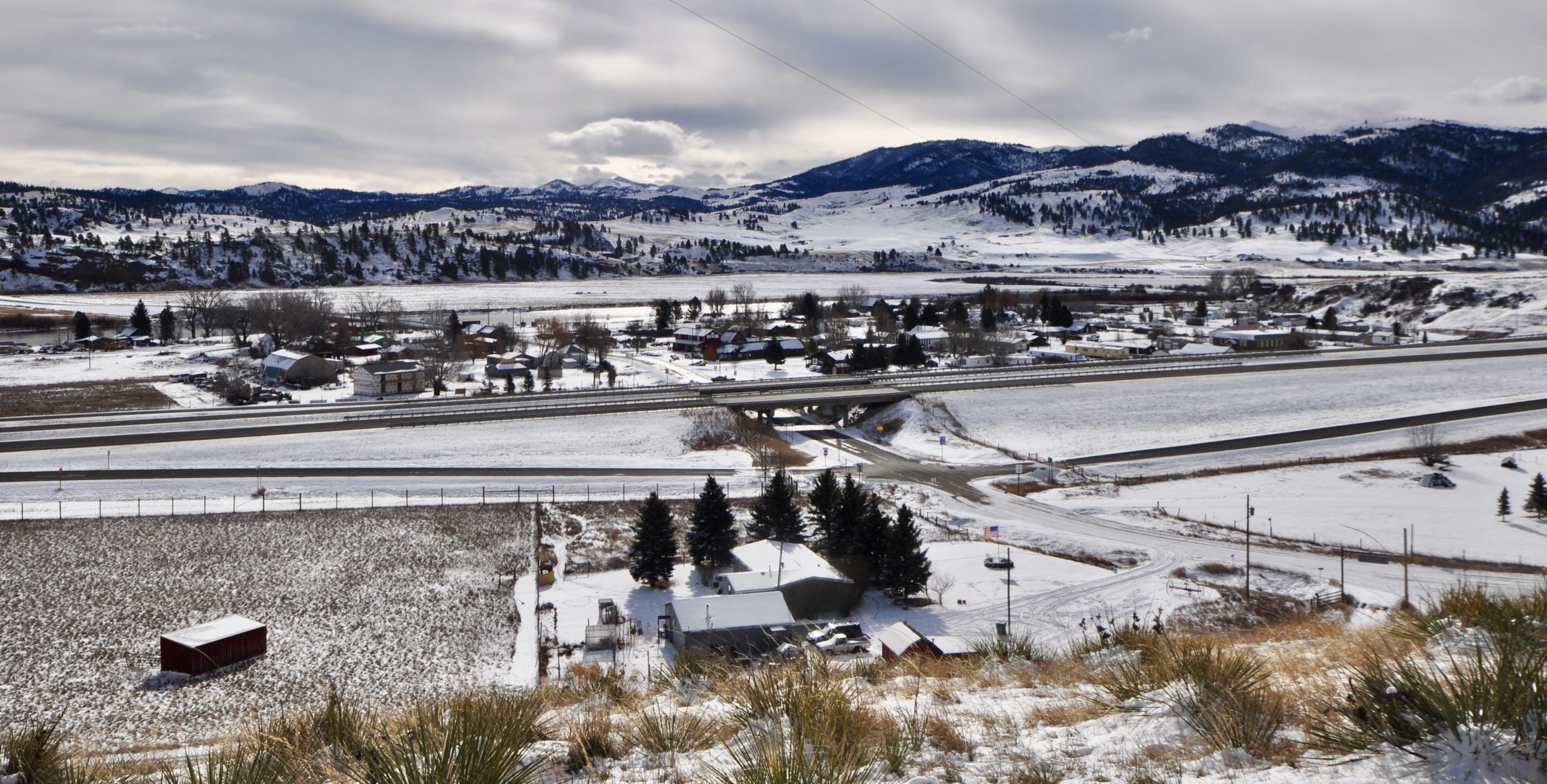 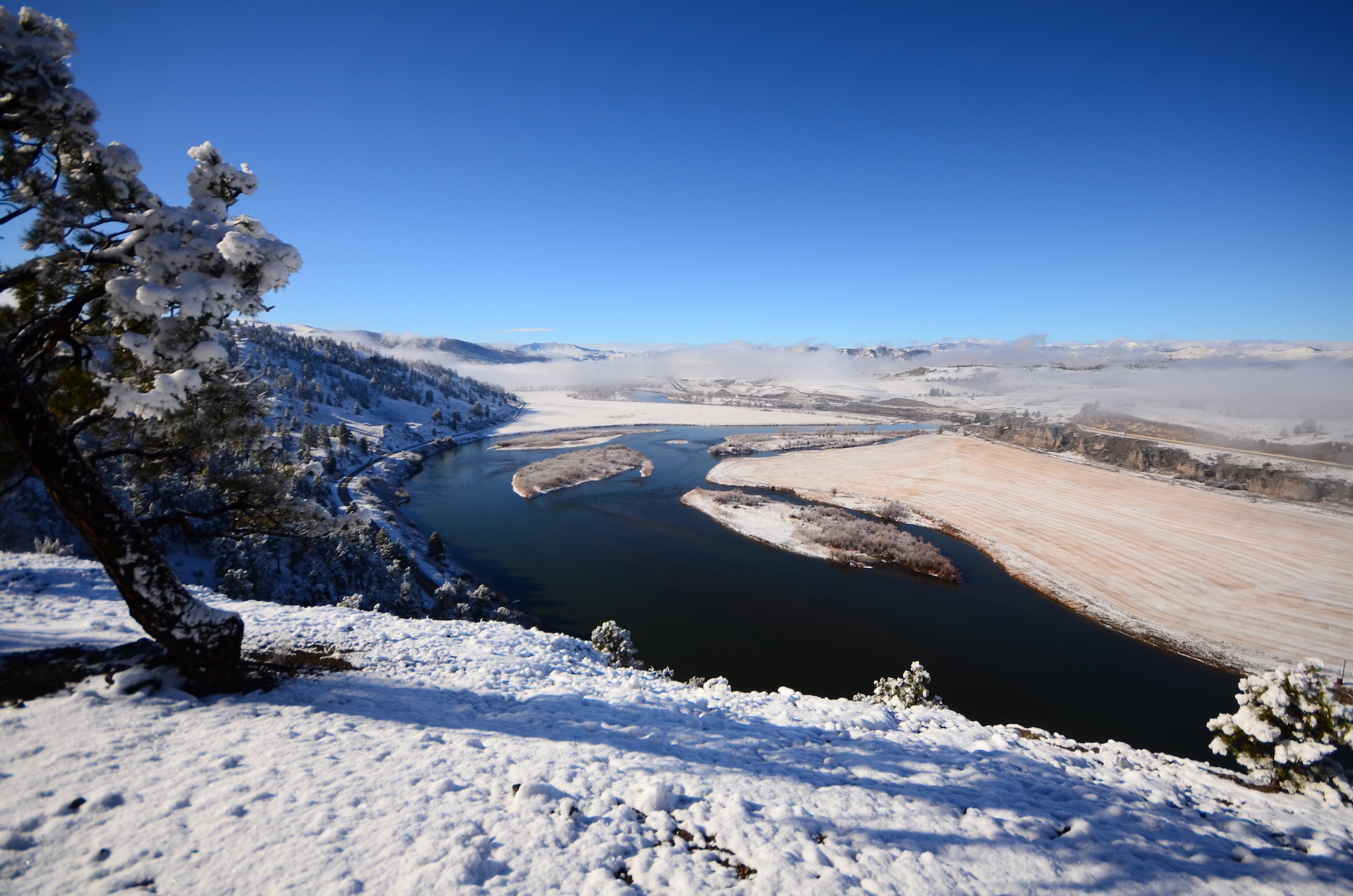 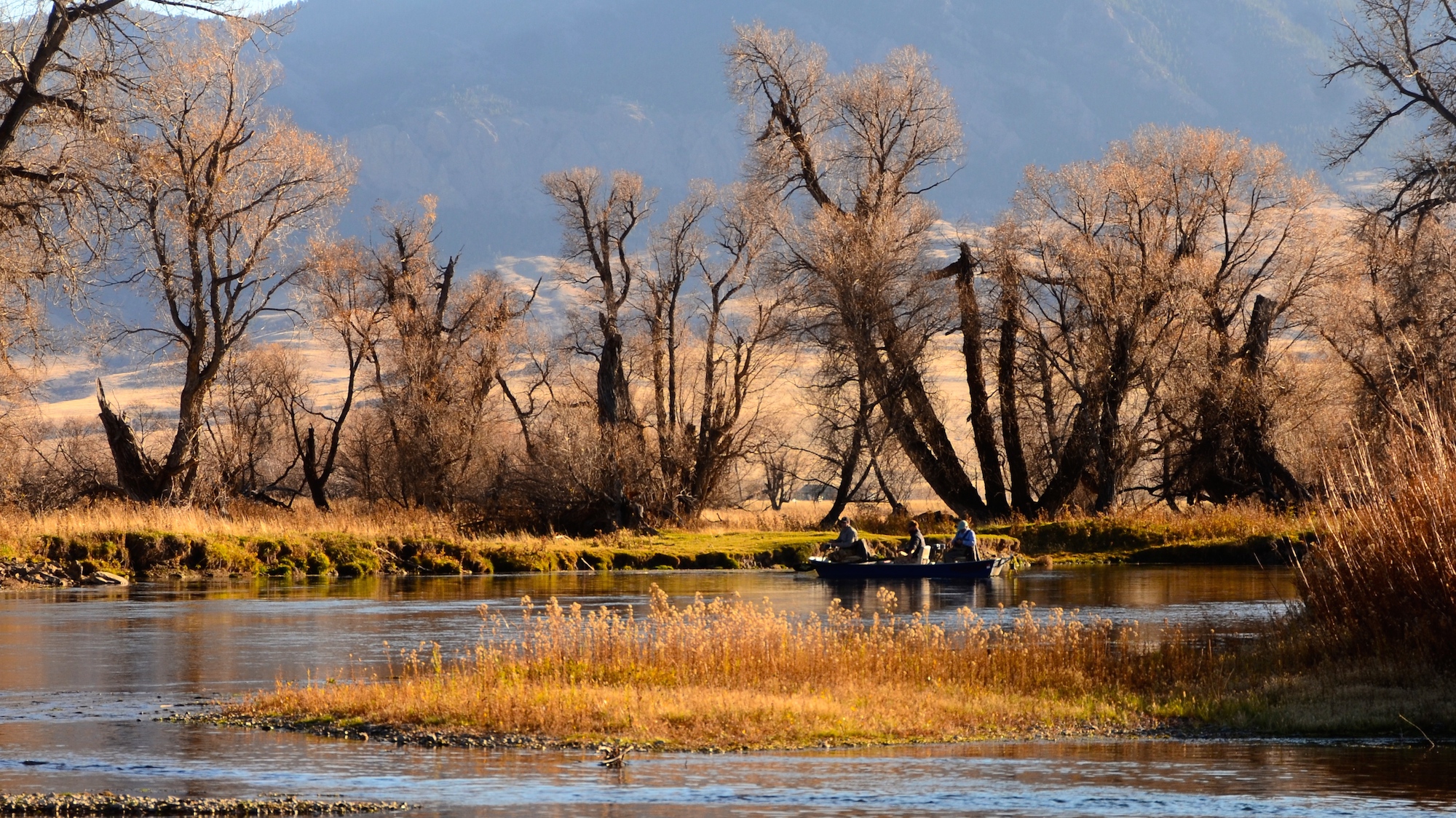