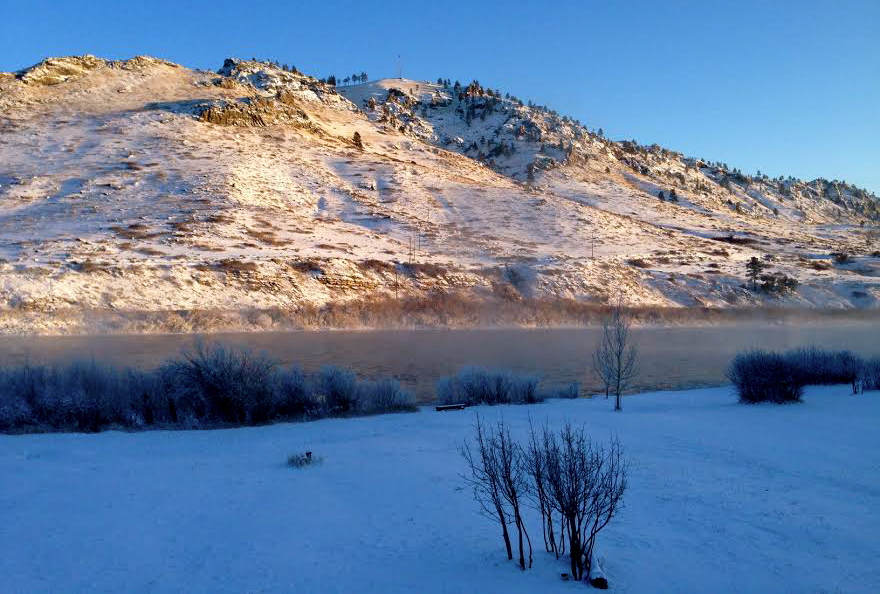 Shannon Younger Article this morning from Tween Us. Photo Credit from Brian Lubin of Missouri River fame. So Squeeky knocked off the article, and used a photo from a local. Nice work if I don’t say so myself…

By Shannan Younger from this cool Blog called Tween Us. Check it out here for more cool articles that you may find interesting…

Winter officially begins on Dec. 21, the date of the December solstice, or what we north of the equator refer to as the Winter Solstice. For thousands of years, it has been a very significant day. Here are some facts about the first day of winter and the shortest day of the year for those of us in the Northern Hemisphere.

When is the Winter Solstice?

Just how short is the shortest day of the year?

The United States will receive a measly 9 hours and 32 minutes of daylight on the winter solstice. The good news is that the days start to get longer, with a few additional moments of daylight each day until the Summer Solstice in June.

So you said above that it’s the first day of winter, but uh, there’s been snow on the ground for a while. Isn’t it already winter?

Well, that actually depends on your definition of winter.  Live Science says that it is the start of astronomical winter. Meteorological winter is defined as December 1-February 28, the three coldest months of the year. Astronomical winter, however, starts with the winter solstice and is December 21, 2012 through March 20, 2013.

What is a solstice?

The word “Solstice” comes from the Latin words for “sun” and “to stand still.” The Earth’s axis in the Northern Hemisphere points the farthest away from the sun on the solstice and the sun is at its southern most point in the sky.  The sun is at 23.5 degrees south of the celestial equator, which is known as the Tropic of Capricorn. At that point when it is farthest away, the sun stops moving south and it does not move in that moment. For more explanation, see Space.com.

The opposite is true in the Southern Hemisphere, where Dec. 21 is the longest day of the year and it is at its closest point to the sun. There, the date marks the Summer Solstice.

If we are the farthest away from the sun, does the winter solstice also mark the coldest weather?

Nope. The coldest days of the year usually come later. The National Weather Services explains that the “lag in temperature occurs because even though the minutes of daylight are increasing, the earth’s surface continues to lose more energy than it receives from the sun.”

How did ancient people mark this event?

In Ireland’s Boyne Valley, around 3,200 B.C., people constructed an ancient temple and tomb now known as Newgrange. It was built 500 years before the Great

Pyramids and more than 1,000 years before Stonehenge and is remarkable in part because, on the Winter Solstice, “a narrow beam of light penetrates the roof-box and reaches the floor of the chamber, gradually extending to the rear of the chamber.” In ancient times and still today, people wait in the pitch dark room for the illumination that comes on the Winter Solstice and lasts for 17 minutes. Demand to attend now is so great that there’s a lottery to be able to do so.

I was lucky enough to visit there many years ago and even though it was in the summer and not near the Winter Solstice, they did have lighting to simulate the event. It was spectacular. And to think it is all based on math and engineering done 5,000 years ago is mindblowing.

Around the globe, the Incans erected a monument to the event called the Intihuatana Stone, or Hitching Post of the Sun, at Machu Picchu and held celebrations. In ancient Pakistan, the Kalash Kafir celebrated Chaomos on the solstice which involved both ritual baths and a torchlight procession. In Rome, the midwinter feast of Saturnalia fell at the time of the Winter Solstice. The Chinese have celebrated Dongzhi to mark the Winter Solstice since the Han Dynasty

What does the Solstice have to do with the timing of the celebration of Christmas?

Pagans celebrated the solstice and Christians saw some significance in the celebration of light and in rebirth, which was marked by the start of a new year. In Scandinavia, The Feast of Juul was a pre-Christian festival celebrated on the Winter Solstice by the lighting of fires. The fires were intended symbolize the heat, light and life-giving properties of the returning sun. The word “Juul” is the source of the word “Yule,” which means “Christmas,” explains TimeandDate.com.

Christians sought to replace the existing pagan celebrations with Christmas as they found it appropriate to celebrate Christmas, the birth of Jesus who is known as the “true light of the world” with the celebration of the days becoming longer.

A solstice is different from an equinox, right?

Right! To understand the equinoxes, which are in the spring and fall (March and October) and mark when the sun is over the equator, please see 8 Facts of the Autumnal Equinox.

Hope these Winter Solstice facts help explain the event and that you stay warm and toasty on Dec. 21 and throughout the winter, be it meterological or astronomical winter.

Previous Post
Friday Foto | Winter Solstice Edition
Next Post
What are we doing at Headhunters Fly Shop these days?