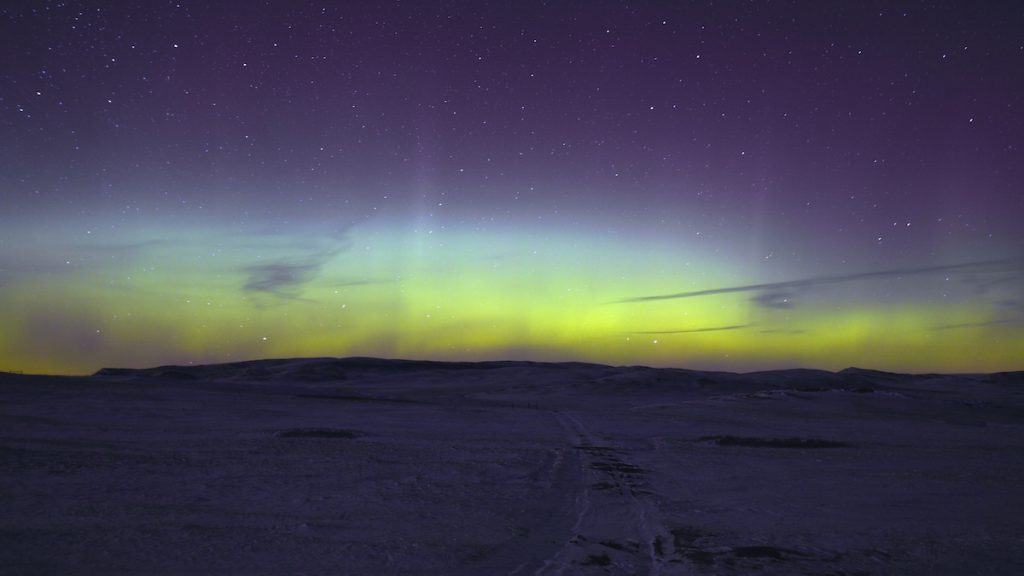 A little un-fishing today at Headhunters. Which I normally do not do. Most of my ‘un-fishing’ activities are not blog worthy. But I’ve been creeping around at night chasing the Aurora Borealis with my camera this week, and got a few shots that I thought Headhunters Nation might dig.

While you think of the Aurora as being a far northern phenomena – and it is – we do get some decent ones here in Montana. But most people are not awake or sober enough to see them. I have been guilty of both. Repeatedly.

But all the stars aligned two nights ago, and I got to see the Aurora. And more. Here’s a shot near Augusta. You need to get away from the lights and Augusta is. 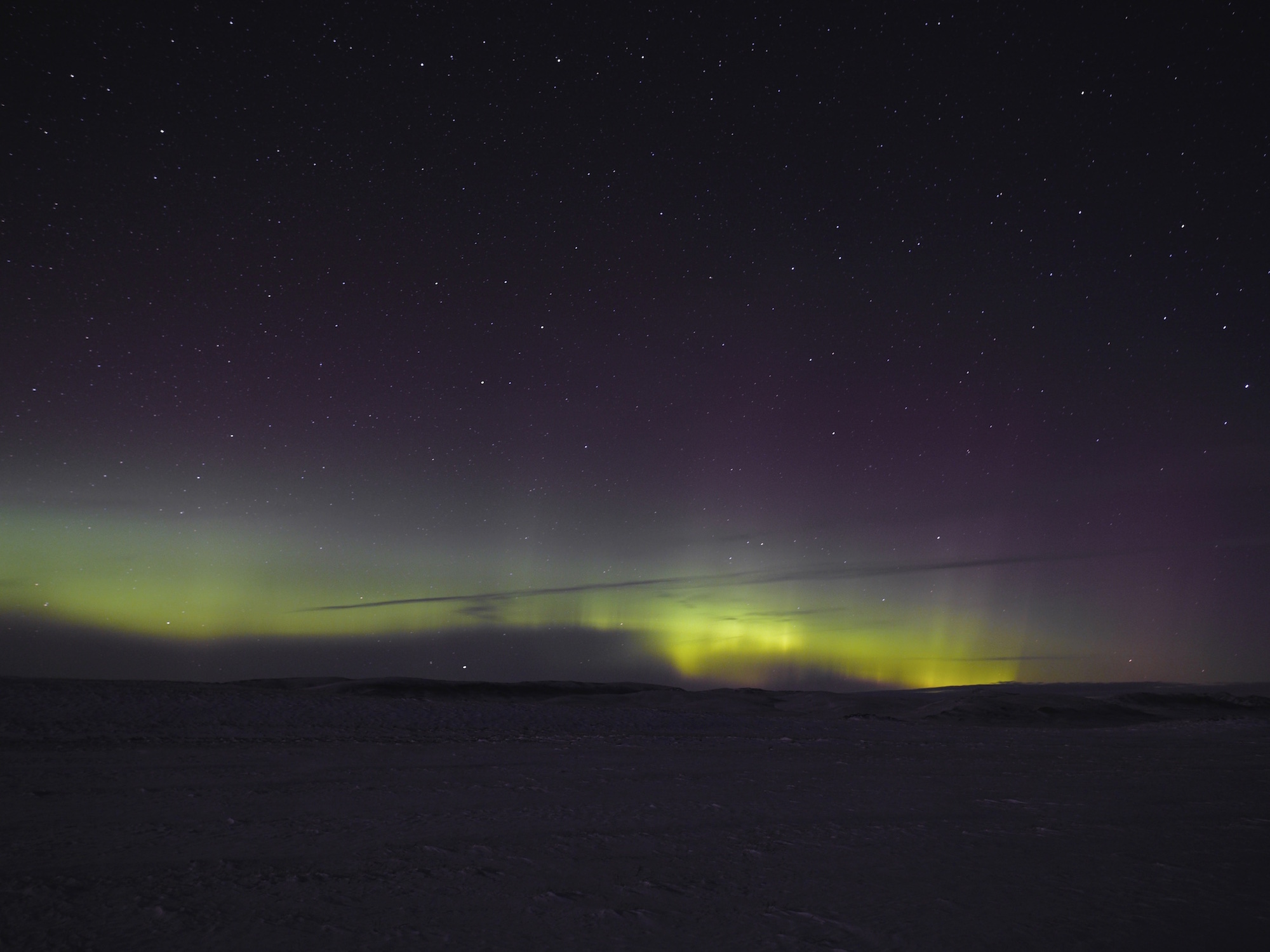 I knew it would be good right when I left the house around 9:30 and could already see some glow. The camera captures way more than the human eye. Here’s the faint glow right outside Cascade early in the evening. 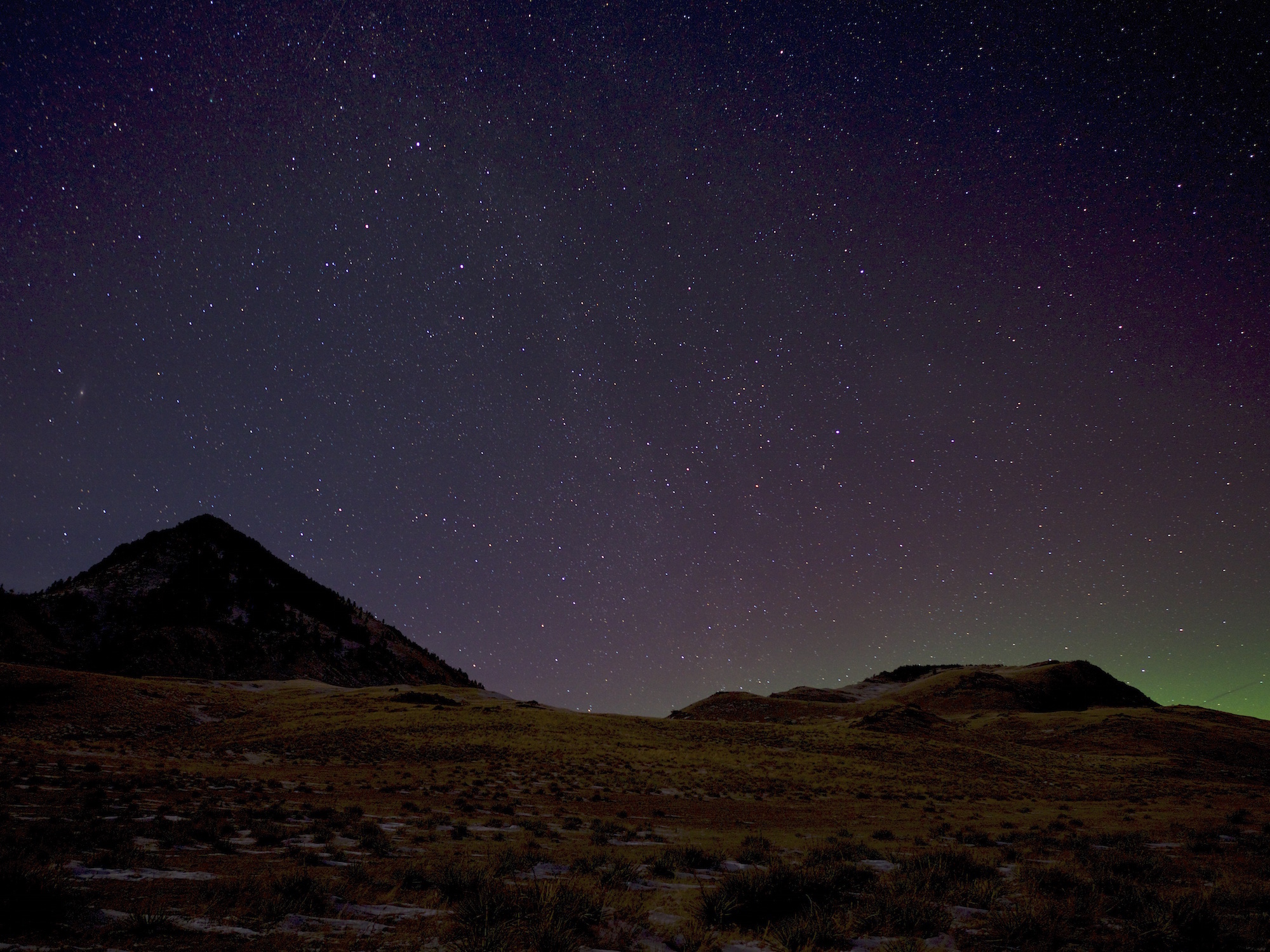 So I’m taking a shot of the Aurora – which takes a total of 40 seconds – and I turn around to look at the moon while waiting. Out of the corner of my eye I see a huge ‘meteor’ coming right at me. Slow. I wait for the image to finish, grab the tripod, run across Hwy 287, set the tripod, frame and level, and press the shutter. The camera was already all set for Aurora shooting at 20 sec, so I really didn’t know what I would get. This is what I got: 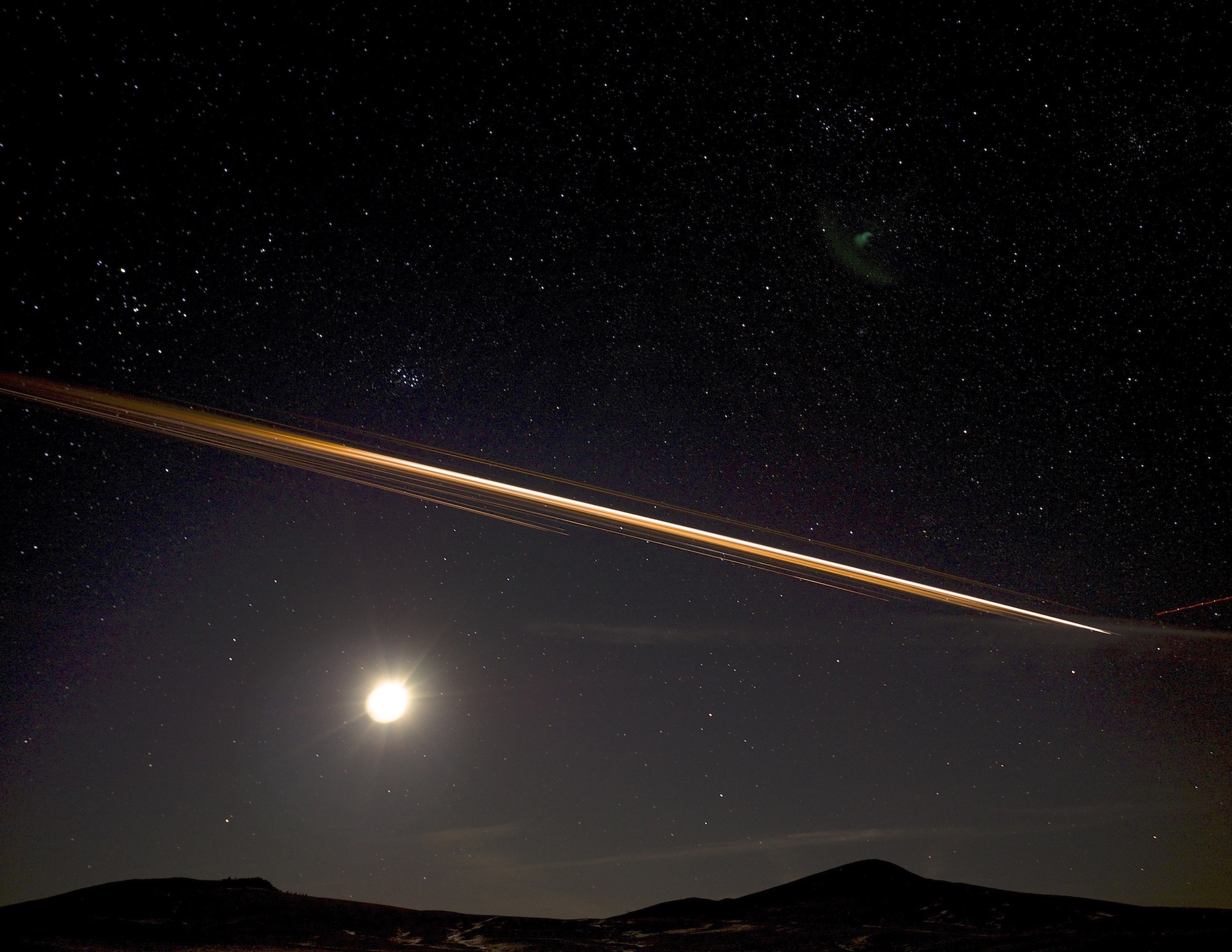 I really couldn’t believe a meteor would travel so slow, but I’m no spaceman. It turns out that it was not a Meteor, but a Chinese booster rocket returning to earths atmosphere. Litterbugs.

Here’s the second shot of the Fireball as it races off into the Aurora and eventually some very hefty Canadian littering fines. 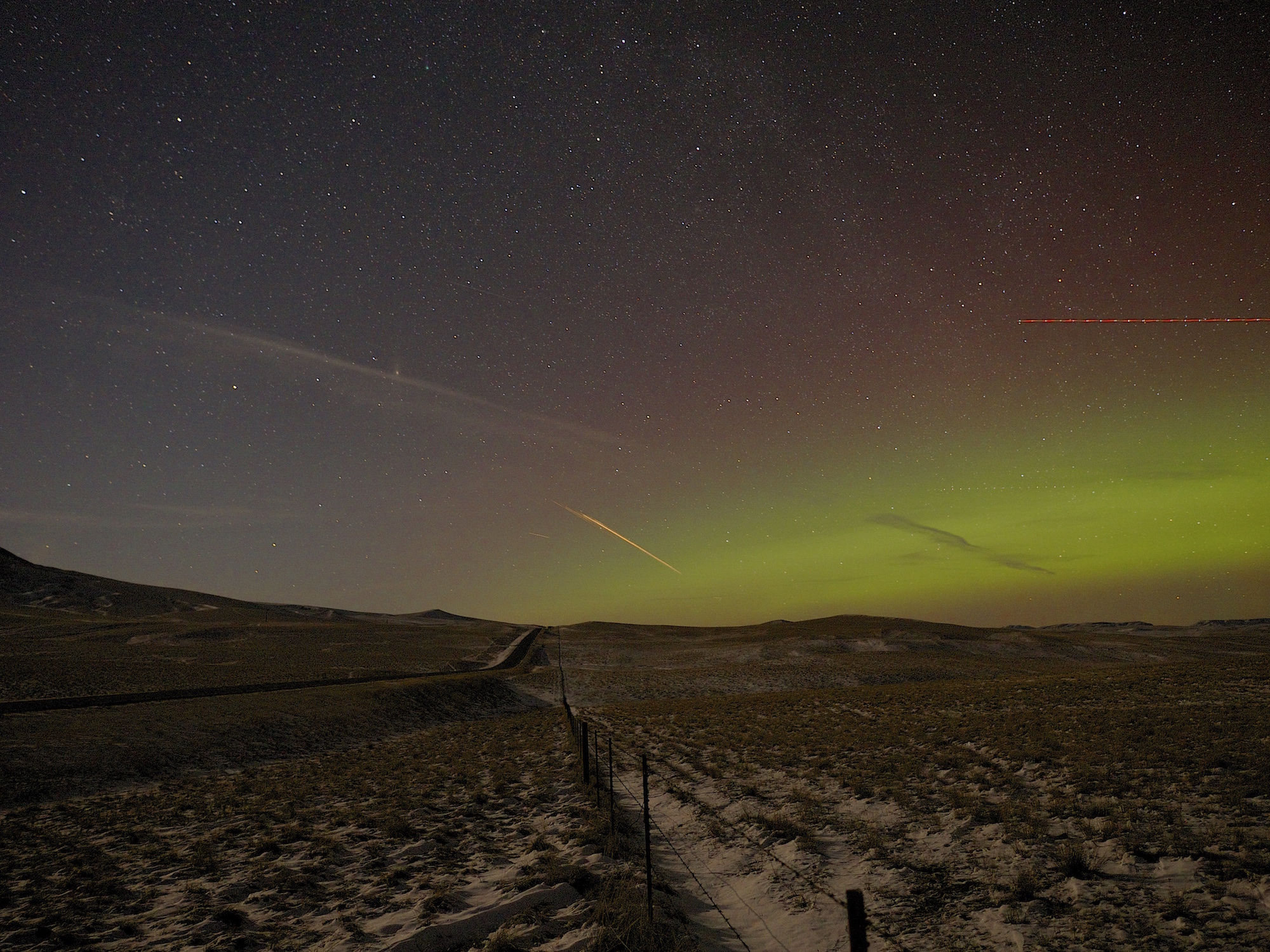 After the ‘meteor’, the Aurora really cranked up and I got 50 or so great shots. Just kept driving North with my head out the window.

And here’s one more, just because we probably won’t do another Auroran Borealis post in the next 20 years. Cool shot with a Sun River ranch house under the lights… 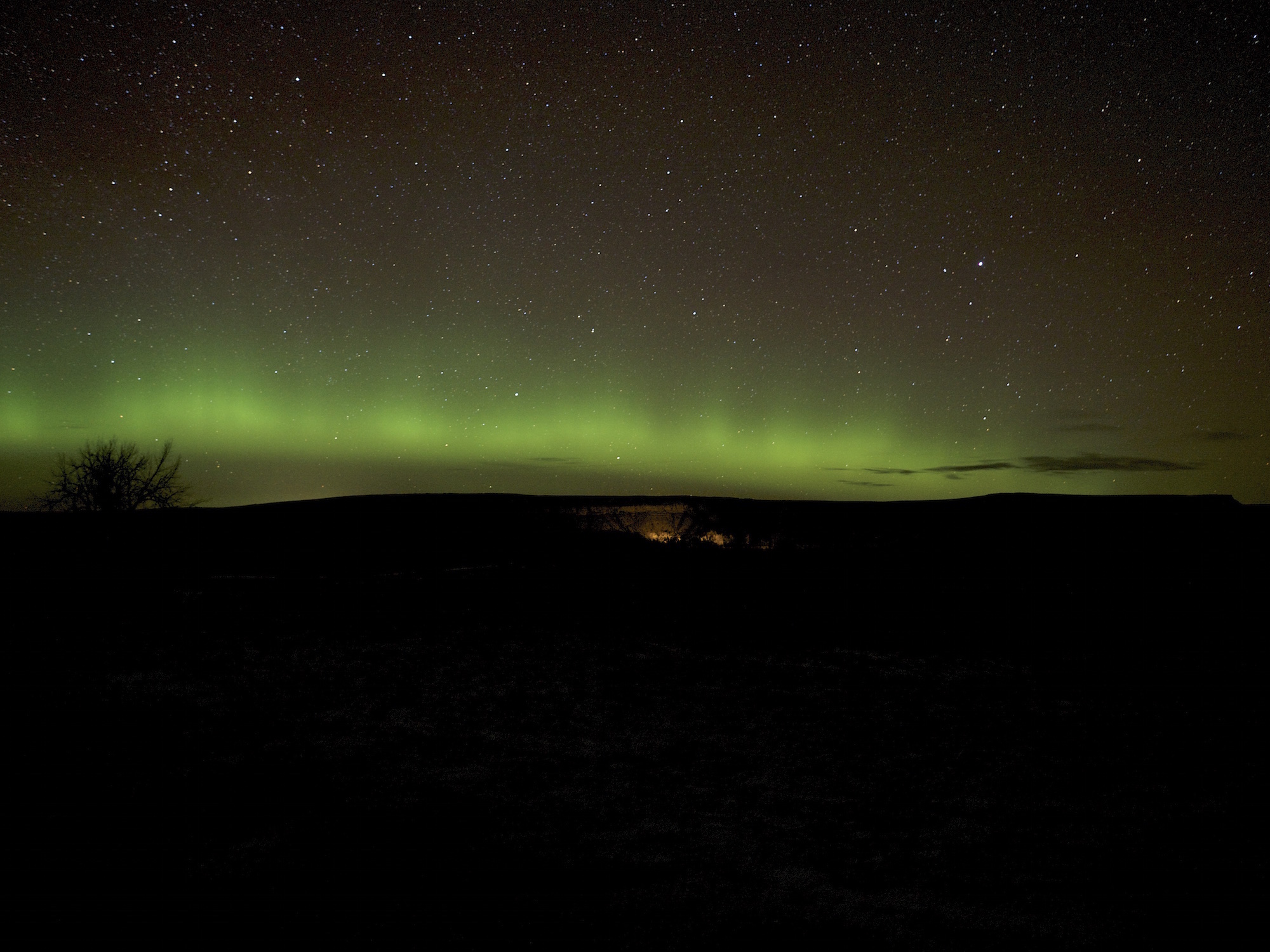 Pretty Cool, huh? Well, what else is there to do in Craiglandia on a winter night. As we say in fishing, if you don’t go, you don’t know.

Some of these shots (the Meteor Shot in particular) are rolling around the web with others taken last night. Because of the Aurora forecast, there were people out with cameras.

The above ‘meteor’ shot is on NBC Science News with more great photos.

I originally uploaded it to Spaceweather, which has all sorts of information about… weather in space, as well as Auroras. You can see it and others there as well. One of the Aurora nerd sites I visit daily.

Softserve News is the go to Aurora Forecast and information site.