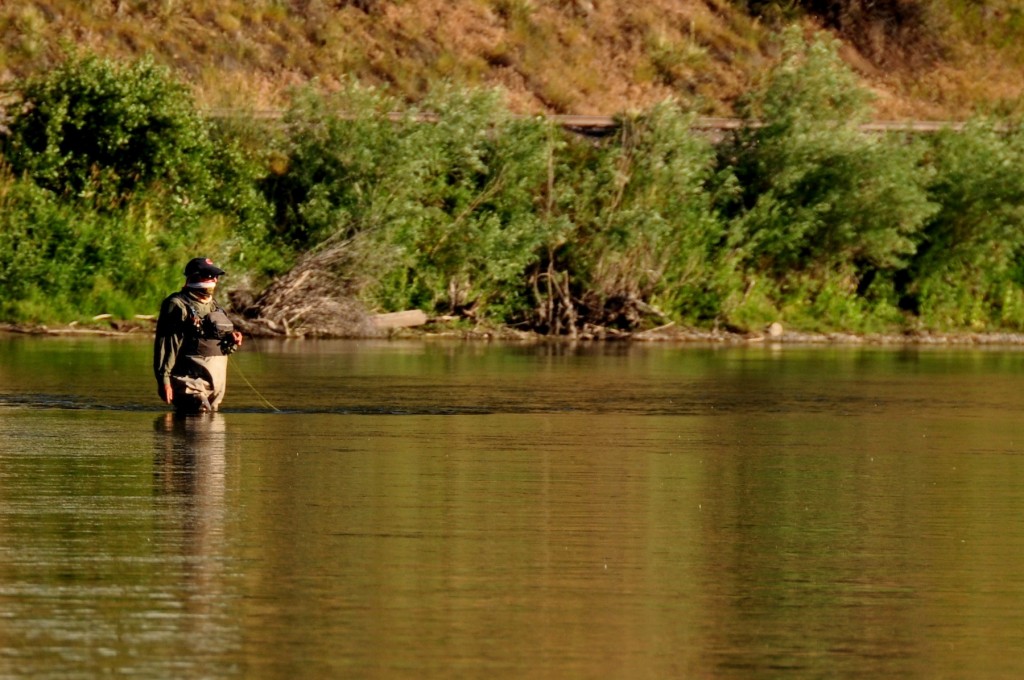 As we ease through summer we experience more difficult fishing.  August brings us fish that have been witness to many atrocities int eh last 2 months including being hooked. They get smarter. Honest. Or the alternative, we get dumber. Also a possibility.

Bob Glassen this morning with this reminder about important factors in hooking fish…the first cast. IT is important. Maybe the most important moment of the casting session.

A few mornings back, my friend Jim Murray and I were sitting in his boat, anchored up and waiting for the Trico spinners to drop.

We were talking about tough fish.  Sometimes you can put a couple of dozen good drifts over them and they totally ignore you.  Then, you change flies and one will eat it on the very first cast.   You think, “Finally, I’ve got them figured out… now I’m going to hammer them!”

Then nothing for the next thirty drifts…

Then you change flies again and another one of them eats it.  Up goes your confidence.  “Now I’ve got them figured out!  I’m really going to hammer them!”

Then nothing for the next thirty drifts…

Then you change flies and another one eats it… then nothing.

I’ve had this happen as many as four times in a row – with both dries and nymphs.  Why?

I said, “Maybe they talk to each other.  The one you catch and release swims back to the others screaming, ‘Watch out! The sons of a bitches are throwing buzz balls!’”

Jim wasn’t ready to buy that.   “Ya’ know, Squeeky is always talking about that first cast… and he does that, too.   It’s not necessarily the first one… sometimes he takes a couple to gauge the distance and figure out the drift, but the first one over the fish is a good one.  Maybe you rest them while you change flies.”

The more I started to think about that, the more sense it made.  You’re fishing dries to rising fish.   If you get that good first drift, one will probably take it.  Then there’s a big commotion.   They’re wild creatures and they know you’re there.

You don’t get thing on the next 20 drifts.   And, of course, on a few of those casts you slapped it down too hard or, maybe, lined a few fish or dragged your flies through them.  Now, they’re sure your there!

It’s time to change flies and maybe put some new tippet on.   That takes a few minutes.  Maybe open a beer, too.  It may be five minutes until your next cast.  You’ve rested them and you know the distance and the drift by now.  The fly is slightly different than the one you’ve been dragging through them.  So he eats it.

The same thing happens when I’m nymphing.  Change flies and one hits hard on the first drift, then nothing, etc.

So, maybe we should rest the pod after we catch one.  Fiddling around checking the tippet, drying the flies, putting fresh ones on and having a beer may actually help on tough days when you’re working tough fish.  Slow down.  Relax. Stay in the moment.  Enjoy the day.  You’ll get more eats.