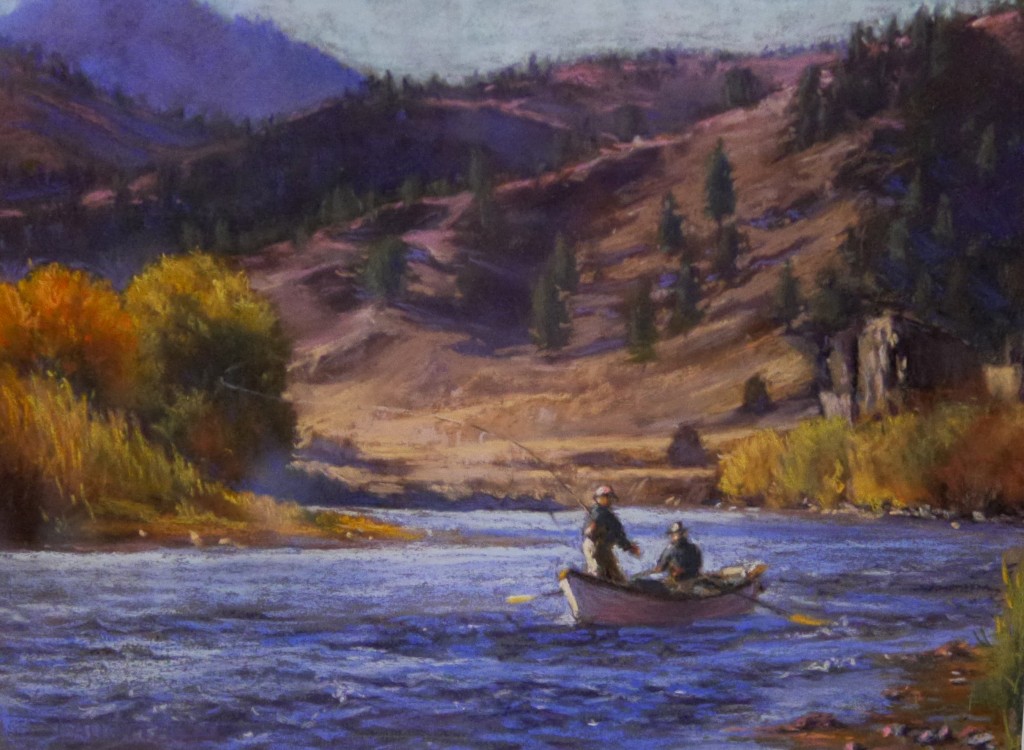 Great Falls artist Dick Lauritzen is an old friend of ours, and is the favorite fly fishing artist of the Electric City. Dick has been fishing the Missouri River for many years, as well as just about every other trout stream in the region and beyond. Most of his works represent scenes familiar to our eye, whether on the Mo’, or one of the many un-named creeks in North Central Montana.

Dick mostly known for his oils, but also works in pastels. Dick brought “Fall Drift” by the shop the other day. We really like it. Where is that cut in the rock in the background? Pretty sure the tracks are running through it. “Fall Drift” gets us excited for some cooler weather. It’s not here yet, but it is in his art.

(the image is not great, as this epic is framed under glass)

Check it out at the shop, it would look nice hanging in your living room or fly tying den. You can also reach Dick at rlauritzen@mcn.net, if you would like to talk to him about his other works. Dick work is also featured at The Russell each March in Great Falls.