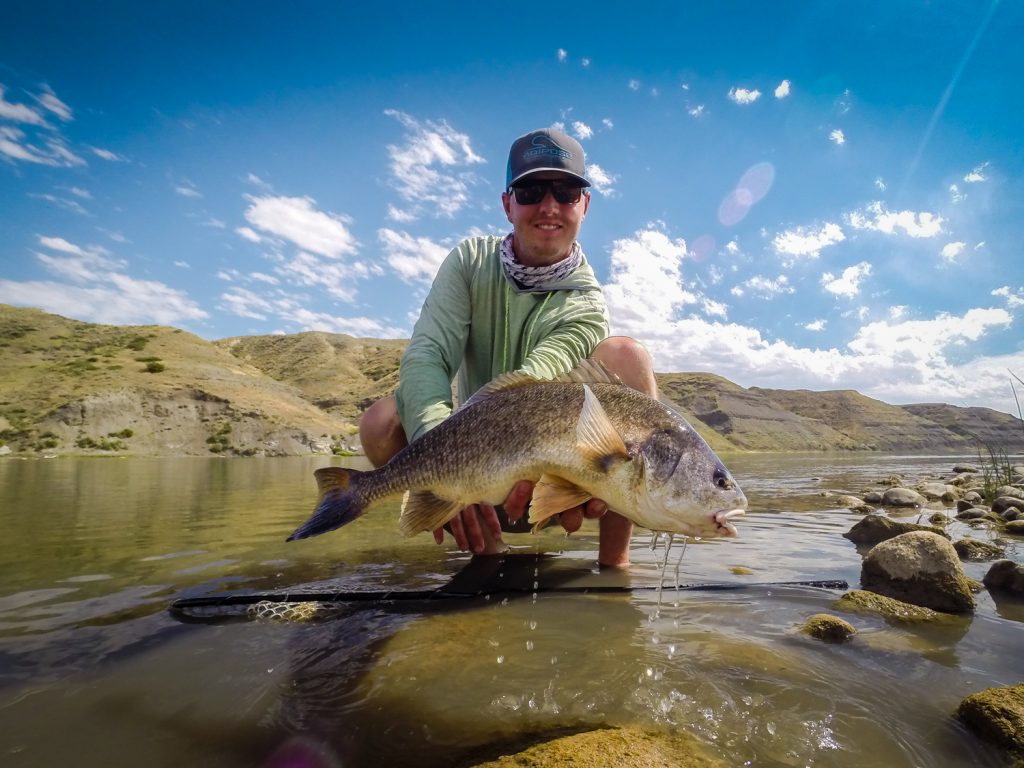 Freshwater Drum – Did You Know?

Our good friend and Adipose Boatworks GM Justin Waayenberg recently posted a picture on Social Media showing off a Montana Freshwater Drum he caught somewhere in Eastern Montana, and I asked him to put together a few words and images for us.

Most Montana fly-flickers don’t even know this species exists in the bigger waters in the eastern half of the state. If you live in the Great Falls area you’ll hear a story or two about them downstream of the falls. “Hard pulling’ fish” is always part of that story. I’ve fished where they live but have never seen or cast to one. I’ve always wanted to. But I don’t put in the time that Justin does…

I found out about freshwater drum (or Sheepshead) 3 years ago while on a trip to Michigan. I was immediately intrigued as the guy who told me about them said that you can sight fish for them. To me sight fishing is the pinnacle of the sport, and is my favorite way to fish. I began to do some research and found out that we have some in Montana. There was a place that I had been fishing for a little while that was said to hold some, and I began to keep an eye out when I was there. While I had no luck for a long time, a friend of mine caught one blind casting last year and it got me even more excited to know for sure that they were there.

Earlier this summer I was fishing in one of my favorite carp spots and was spotting fish for a friend while he was casting. I saw a smaller fish in a group of carp and immediately knew it had be a drum. He cast at it and it spooked off to never be seen again. We went back to the same area this past weekend and were catching some monster carp when my buddy spotted what he thought was a smallmouth bass following a couple of carp. I looked and said “No way man that’s a drum”. He took a couple of shots and it spooked off. We walked a bit farther and I spotted another one, I got down in position and made a cast. I stripped my fly in front of him and let it drop to the bottom. He followed it down and my buddy who was spotting for me started to holler he ate it, I stripped set and he was there. For the size of the fish it put up a great fight. They are a really cool looking fish and are a blast on fly rod. We took a couple of photos and let him swim off to be fished for another day.

Awesome fish. Looks a whole lot like Black Drum I’ve caught on the Gulf Coast. At a time of the year when anglers statewide are talking about laying off the trout due to warm and low flows, Justin and his buddy are doing it and making the most of it. Looks like a few nice Carp as well. I like knowing there are guys like this out there doing this… 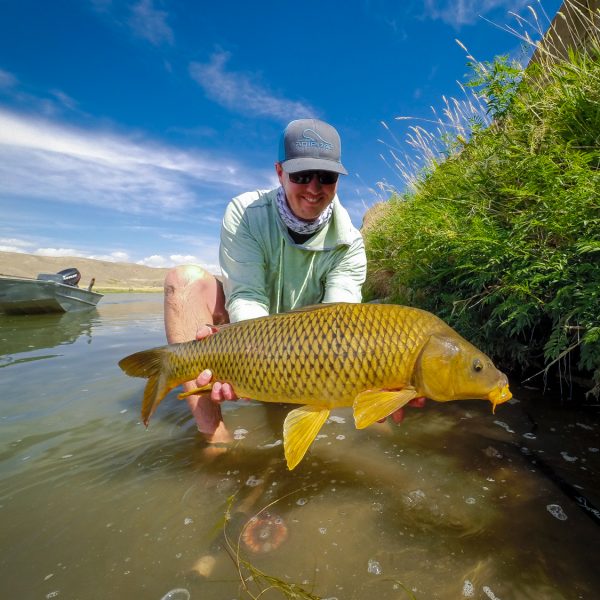 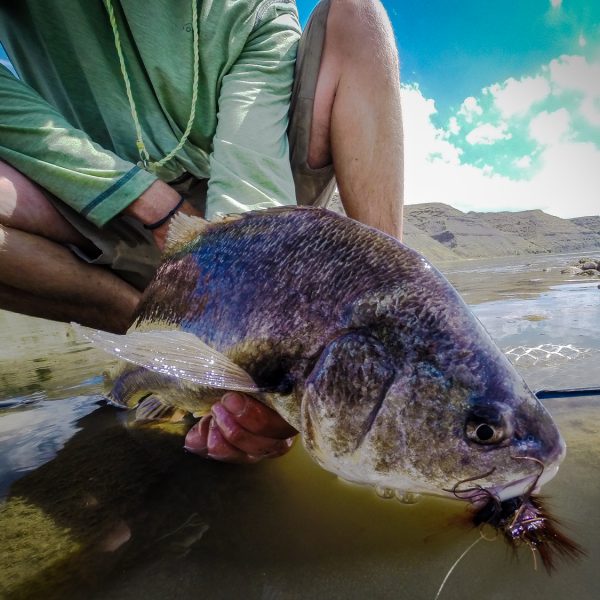 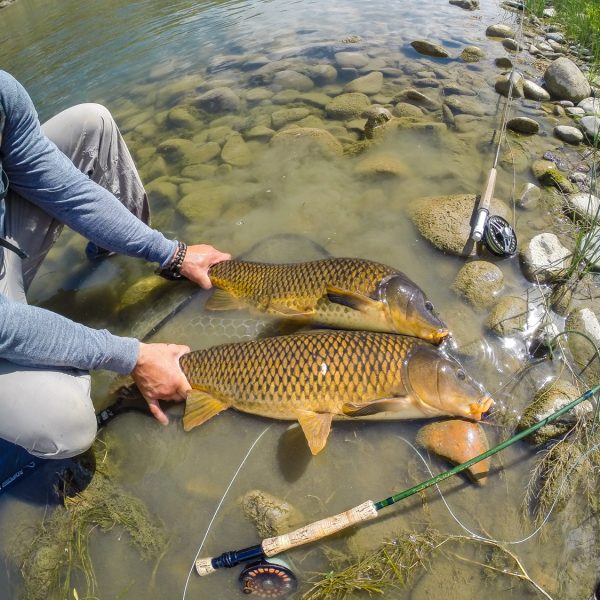