The Missouri River Montana 2015 water flow projection. The snow is falling in the Rocky Mountains and stacking up for our summer water here in central Montana.

Several bouts of snow here locally and I know that the scattered storms crossing Montana are adding up to good news.

As you can see on the map above that the snow water equivalent is right on track. We don’t get to excited until the percentages are grossly skewed to one side or the other. It generally balances out. The winter is predicted to be colder and drier than normal. So…

Great Falls recieves 9, 8, 12, and 9 inches of snow January thru April. So we have the wettest months ahead of us with May and June contributing over half of our annual precipitation.

What does that tell us? More snow, sleet,a dn rain ahead of us. While it seems like the winter is long, it is, we are just a 1/3 of the way through it. 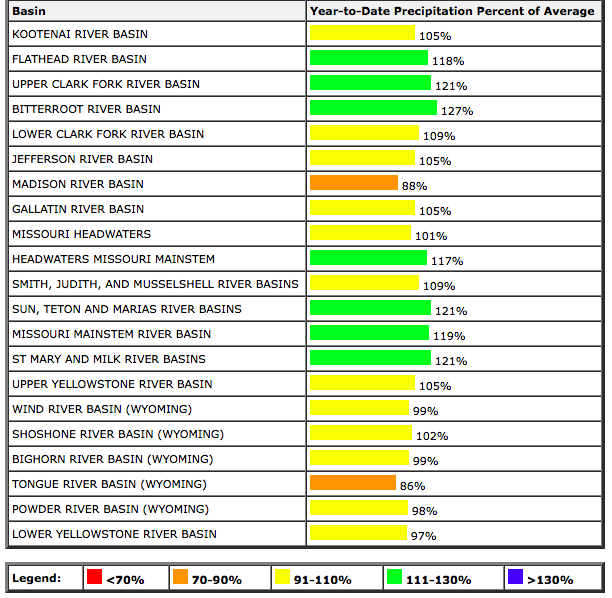 We will keep you informed as the snow falls and the Missouri River Montana 2015 Water Forecast comes into shape. We really do not know much until we roll into late March, April and May. The snow fall is all on the ground in mid April. We will also post the DNRC prediction of water flows for the coming summer.

The flow they would like to hold though out the summer is 4200cfs. The projected big water level of about 10K cfs is what they, the water controllers, would like to see in June. Not 20K. But 15K is never too far out of the equation. If it rains 3+ inches in June, then we see some crazy shit. But, until then, we just guess a lot.

The Missouri River is a 12 month fishery with some ups, and some downs. Right now it is just cold and snowing. Give us a shout if you have any questions about water levels in any given month. We’ll guess right along with you. 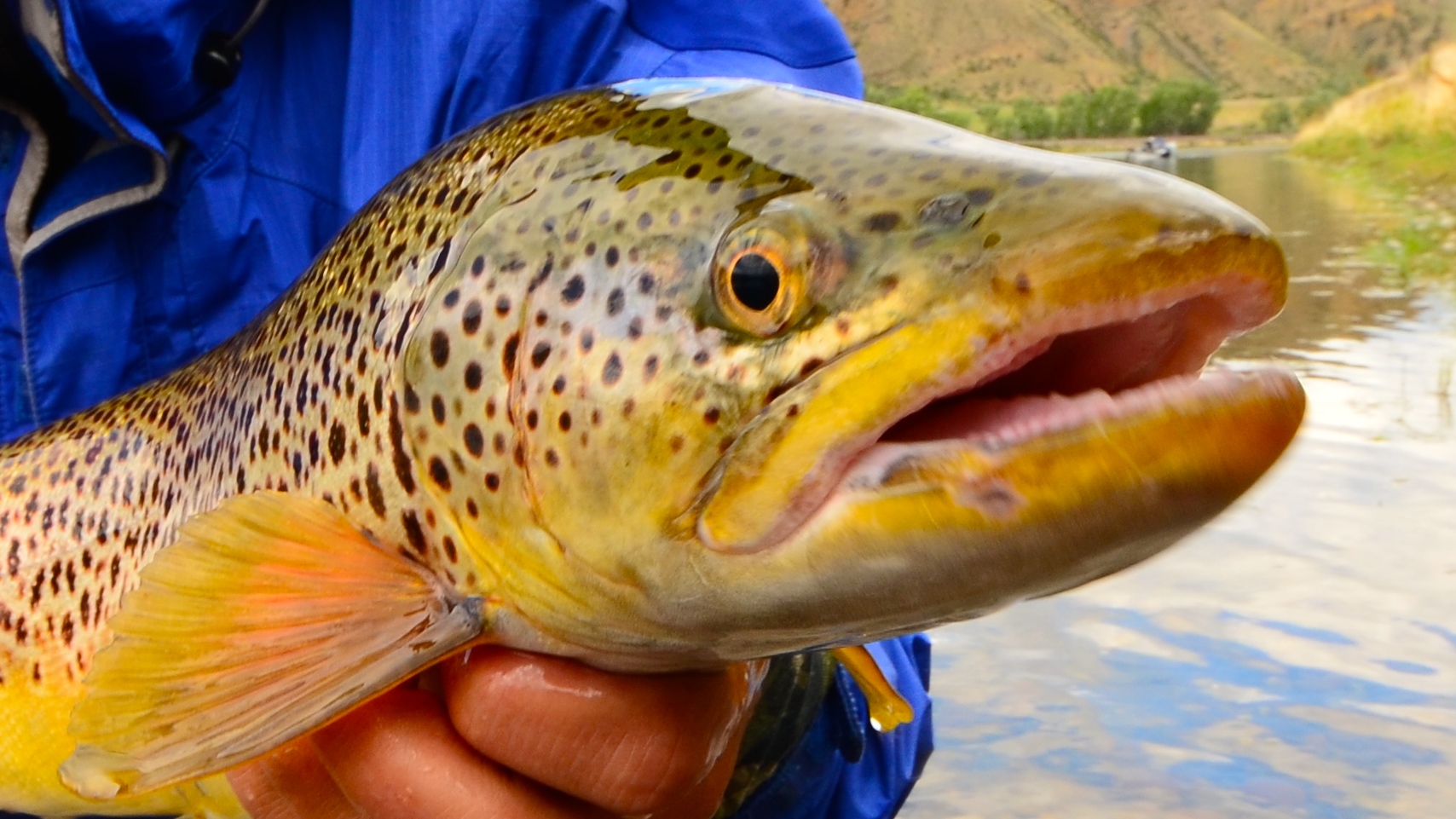 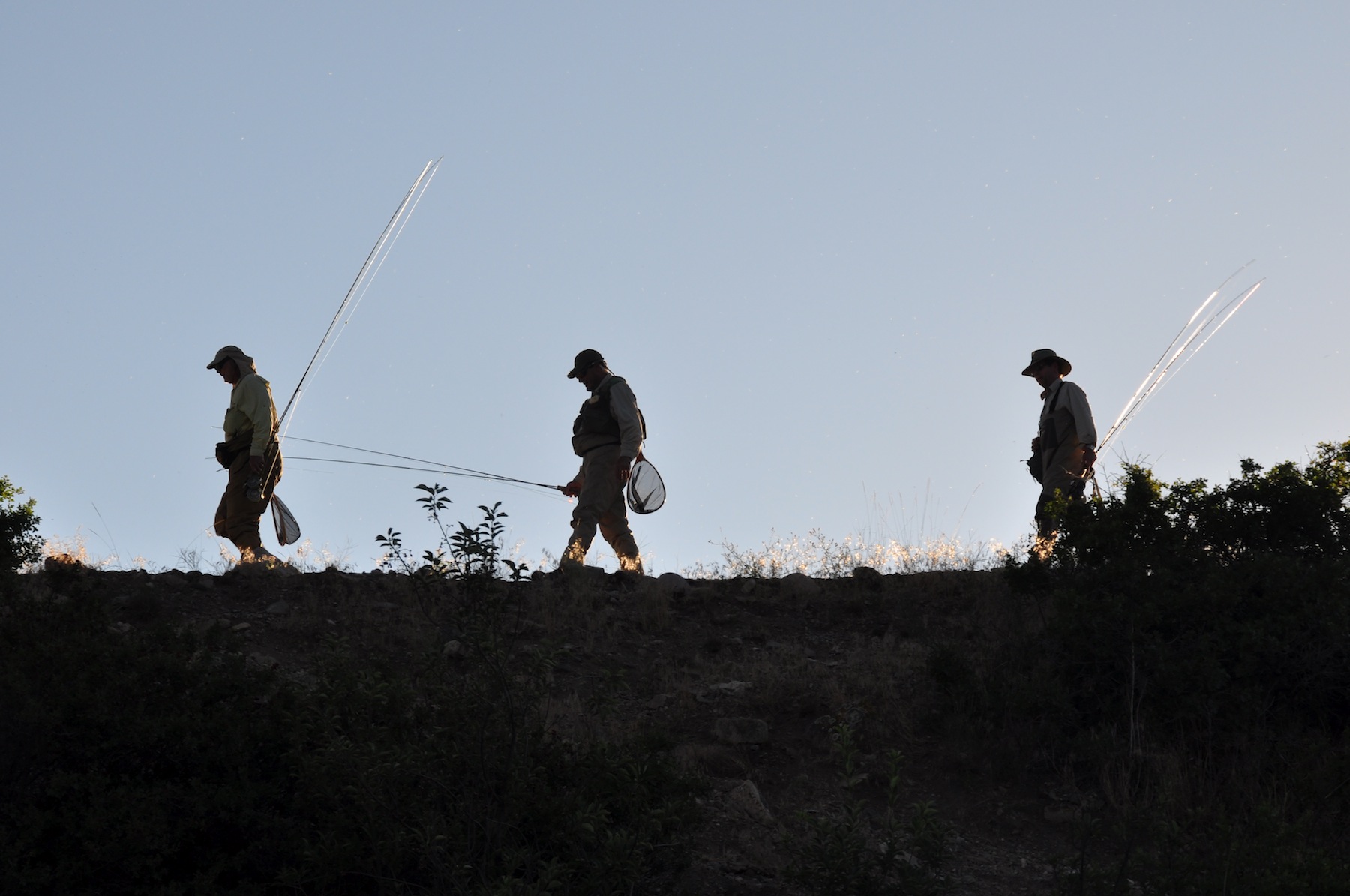