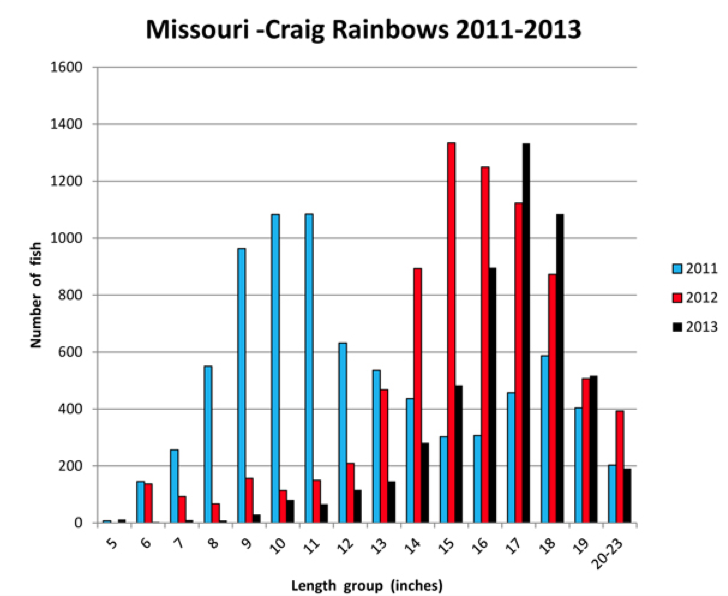 Sara says get your friends together and make your plans now as June and July are real tight. Late July with the Trico’s, PMD’s, and Caddis are in town have some availability. August is good, May is getting slim as well. Call for an update today. Shop open daily 8am-5pm.

Fish surveys by Montana Fish, Wildlife and Parks this year revealed that rainbow and brown trout numbers remain above the long-term average in the Missouri River between Holter Dam and the town of Cascade, according to Grant Grisak, a state fisheries biologist. And while the numbers haven’t been crunched upstream, FWP biologist Eric Roberts said they were finding a lot of fish and that they’re pretty good size.

“This year we did (the fish survey) below Hauser Dam, and while the number of fish may have dropped a little bit, the size of the fish was noticeably larger for both rainbow and brown trout,” Roberts said. “The average size of fish was in the four-pound range, and that’s about the middle; so we handled quite a bit of fish that were bigger than that.”

Roberts noted that he alternates each year between surveys below Hauser and Holter dams.

Downstream near the town of Craig, state fisheries crews estimated the Missouri River held 5,194 rainbow trout that were greater than 10 inches long per mile. That’s not quite as many as in previous years —6,034 per mile in 2011 and 7,312 in 2012 — but it surpasses the long-term average of 3,174 rainbows per mile. 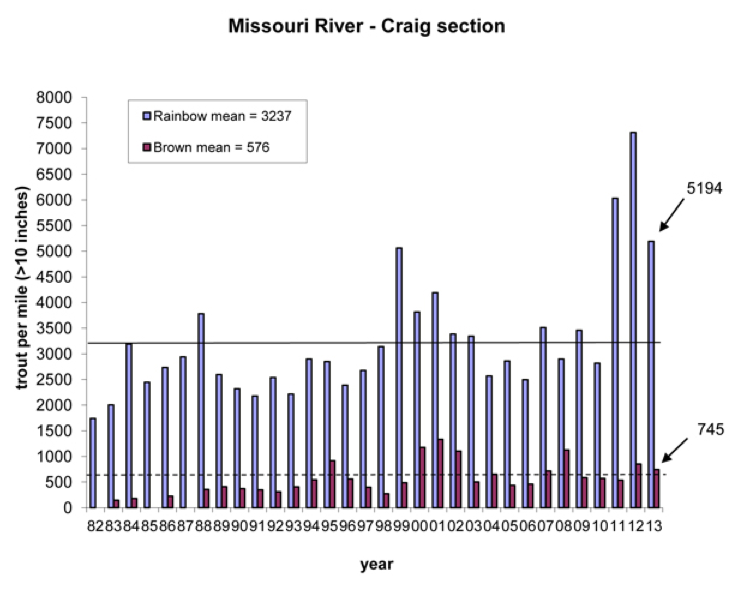 Grisak, who works that section of the Missouri above Craig and through Cascade, said he also was seeing fish larger than in previous years even though there were slightly fewer of them overall. He added that’s typical when the population reaches its maximum size.

Farther downstream near Cascade, the estimated number of rainbow trout that were 10 inches long and greater was 2,260 per mile, above the long-term average of 1,551 per mile.

Grisak anticipates that the population should return to normal levels next year, unless an unusually large flush of water comes through the spawning tributaries. High water in the Missouri River tributaries typically equates to high rainbow trout production, according to Grisak. 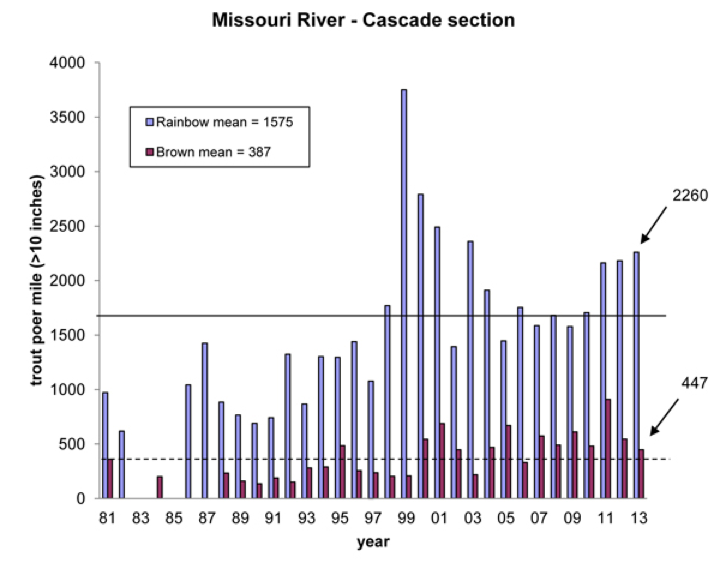