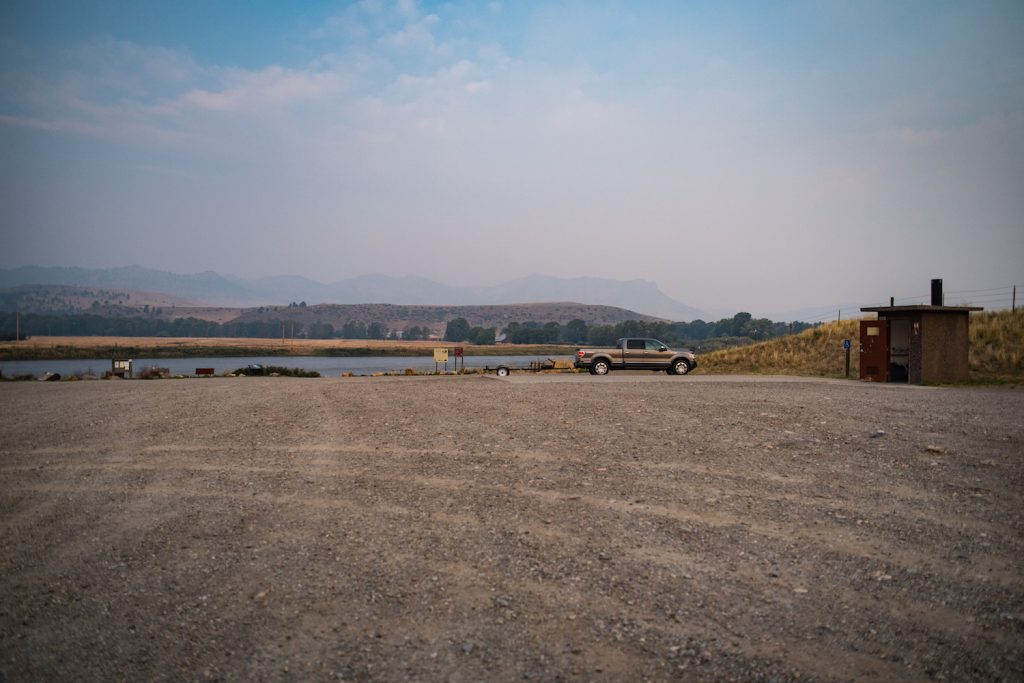 Traditionally the slowest time of year around Craig, late August and early September can be eerily quiet. This year is no exception. Yes we have some early am guide trips leaving, and the weekends do see a few folks around, but in general you can have the river to yourself. The above image is the Wolf Creek Ramp a couple days ago around 9am.

I spent many years living in a ski town, and we called this “slack”.

Is the fishing great? Not really, but it’s not that bad either. It’s not inconceivable that you will be the only boat on a float during the week. Even on the weekends you may only see a few.

School is starting, the Griz are winning, the air is smoky, hunting seasons are opening, Steelhead are running. All reasons you won’t see as many folks running around Craig.

It won’t be long until it cranks back up for the fall season. You have about two more weeks of lonely enjoyment on the Mo. Think streamers, Callibaetis, ants and caddis pupa.