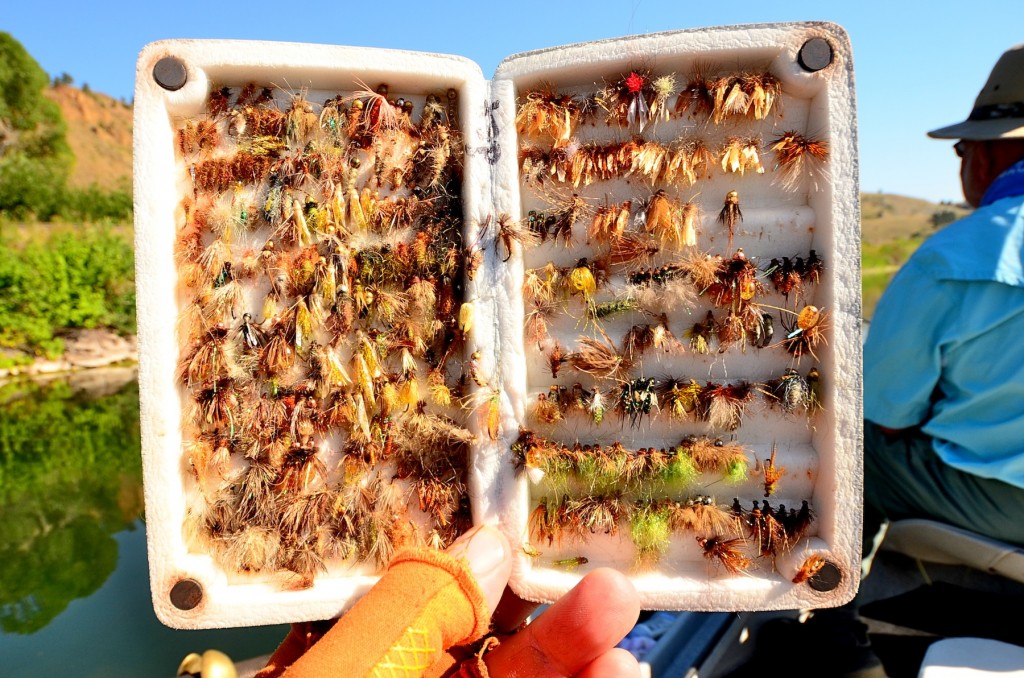 More from Squeeky today and a look into his nasty caddis box. The cool shit for sure.

About half of these flies actually tied by Squeeky himself. Now you can clearly see that neither writing nor fly tying are strengths of his.

He must have some positive talents? Maybe.

So, the left side full of garbage that the Missouri River trout love. If I think I need to make something happen, I get this box out and start browsing.

All good stuff in this complete box of Squeeky’s. Yep a bunch of productive garbage for the Missouri River in central Montana.

Any of this shit tied off of a dry, swung behind a Beadhead, or just drifted into hungry trout mouths.

We would usually refer to the 1st Squeeky’s Caddis Post, but it is long gone. So enjoy, or not, this one…part 2.