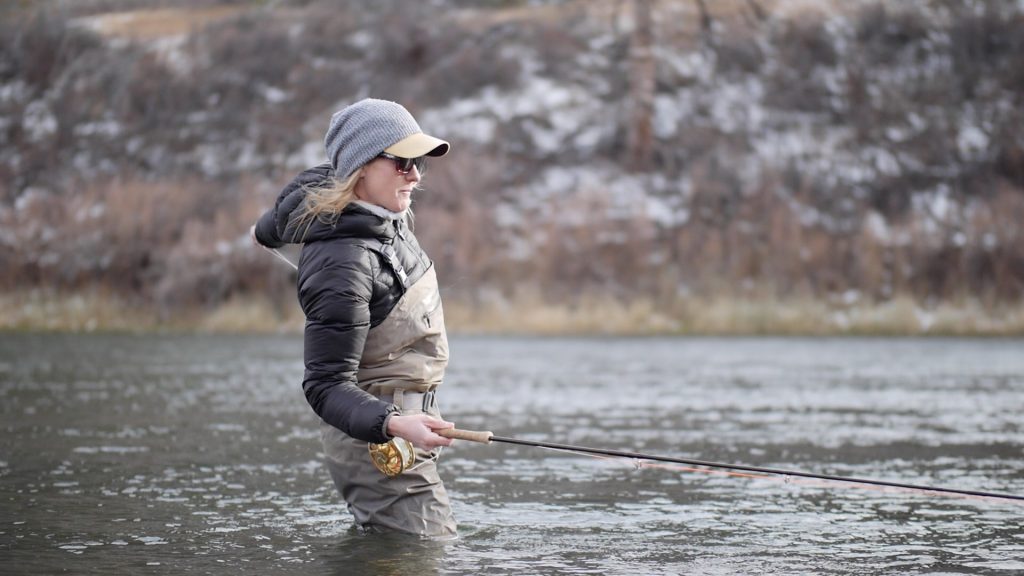 I released a new video, Switch it Up, featuring some two-handed fishing on the Missouri River a couple days ago. Last night I was going through a bunch of FB comments and shares in my inbox, and noticed that PNW Spey guru and Steelhead guide Tom Larimer had shared Switch it Up on his page. Here’s Tom’s link to the video, and the shares, likes, and comments: 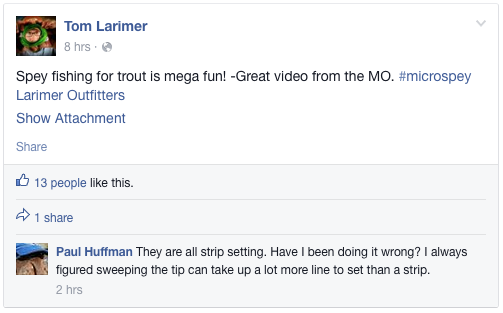 Cool. Thanks Tom. Always nice to receive a compliment from a two-handed angler of your stature. Much respect.

But, did you notice the comment from Paul Huffman at the bottom? I did.

Very observant Paul. As I was editing the video, I noticed some of the massive strip strikes anglers were using. And if you noticed, you only based that on a few clips in a short non-instructional video. I looked at dozens of clips of hook-sets.

The answer, Paul, is that you’re not wrong. But neither are these anglers.

First, I’m going to assume that Paul is a Steelheader, as he is a “friend” of Tom Larimer’s and is commenting on Tom’s Facebook Page. So let’s start there.

In general, I sweep the rod to set the hook on a Steelhead. Down low, and to the beach. Many moons ago I guided on the Snake and Grande Ronde Rivers, and that’s how I told my customers to do it. I definitely was not preaching a strip strike. I don’t think anyone was back then.

In theory, Steelhead move from a holding spot to take your fly, turn with it, and return to their lie. Thats potentially a tremendous amount of movement from a pretty big and heavy fish. If you’ve fished for Steelhead for a while, you’ve had one of those takes where the best move is to do nothing but get your fingers out of the way of the handle! Those are takes from big fish moving a long distance.

Because Steelhead take the fly in this manner, a low, slow and powerful pull by the angler generally sets the hook the best. Quicker sets can pull the hook free. No set at all is probably a better move. Probably.

So Paul, most of the anglers in this video do quite a bit of Steelhead fishing, and set the hook like you. Sweep it.

But, over the last several years, these anglers have done quite a bit of winter trout fishing with two-handers here on the Missouri River as well. The strip strike you see (it’s actually combined with a sweep) is a result of how these fish take the fly.

Resident trout are not migrating, so while they are technically holding in a “lie”, they are not there temporarily. They live there. We are imitating food sources for fish that have plenty to choose from and eat all the time.

Trout are unlikely to make a big move and turn hard on your fly. I always envision them slowly following and investigating that bug. Eventually curiosity gets to them and they “nibble” on it. Often more than once.

Unlike a Steelhead who “turns” with that fly and returns to a lie, a trout may be facing you when you set that hook. A tougher situation for the angler.

So, when we’re fishing the Missouri River, and fish takes, we need to get that hook set the instant we feel like he has it. If not, he will let go very quickly.

So, you see that more aggressive “strip-strike” in the video. Here’s a frame-grab of Ben McNinch sweeping his long arms back to make sure he has one pinned: 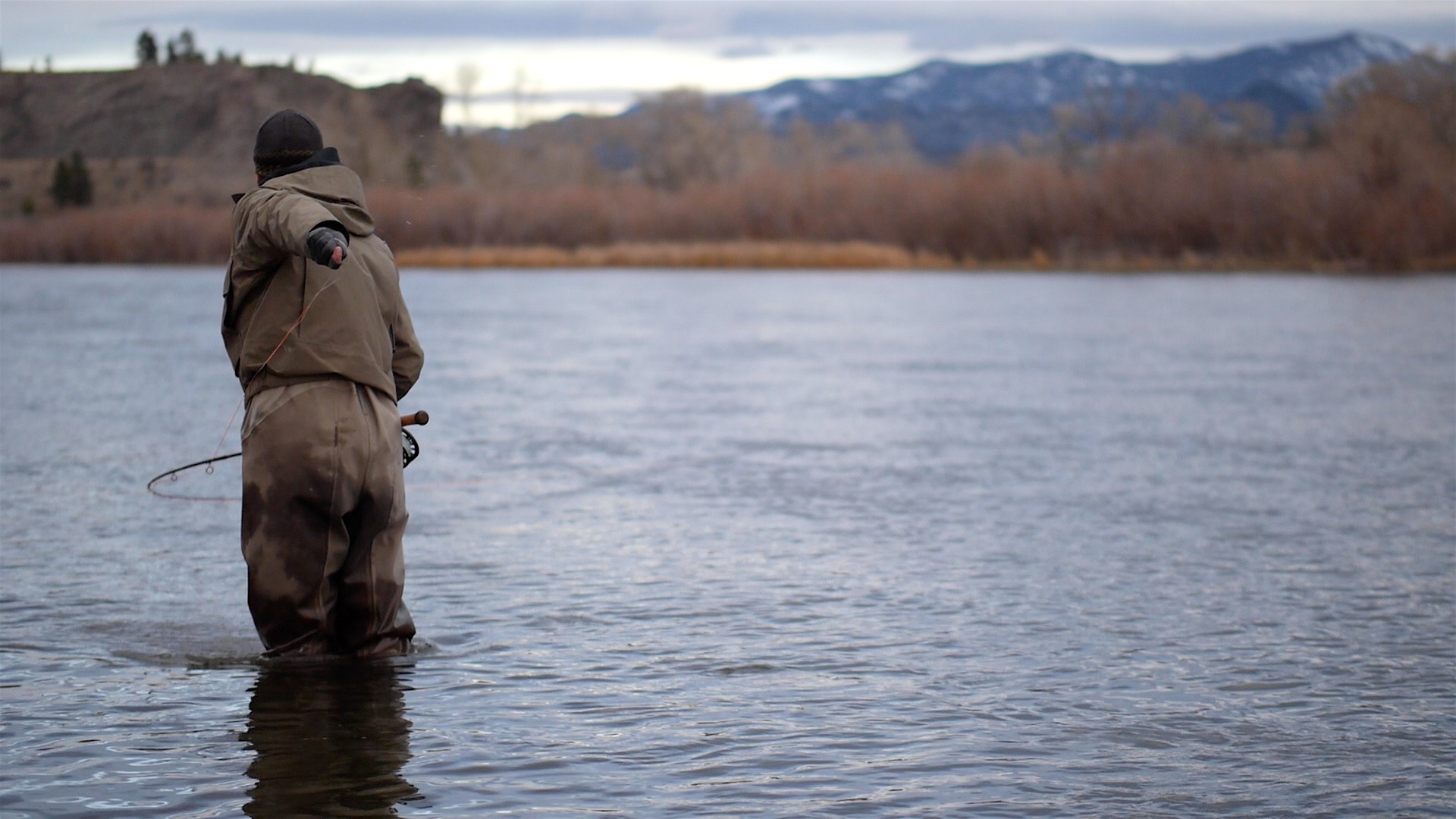 While Ben is definitely performing a strip-strike, you can see that he is sweeping the rod as well. Think of it like he’s trying to “speed up” that sweep.

Another factor that dictates how you set the hook with a two-hander is where did the fish eat it. And I don’t mean the “in the mouth” joke.

Where means where in the swing. The further out they eat it (or the sooner after the swing begins), the less you have to do. On the Missouri River, we do get a lot of takes out in the middle. Part of what makes this river a great place to swing.

If you watch that video again, you’ll see Sara Roholt doing just a sweep-set on a fish that ate right as the swing starts. Like a classic Steelhead yank. 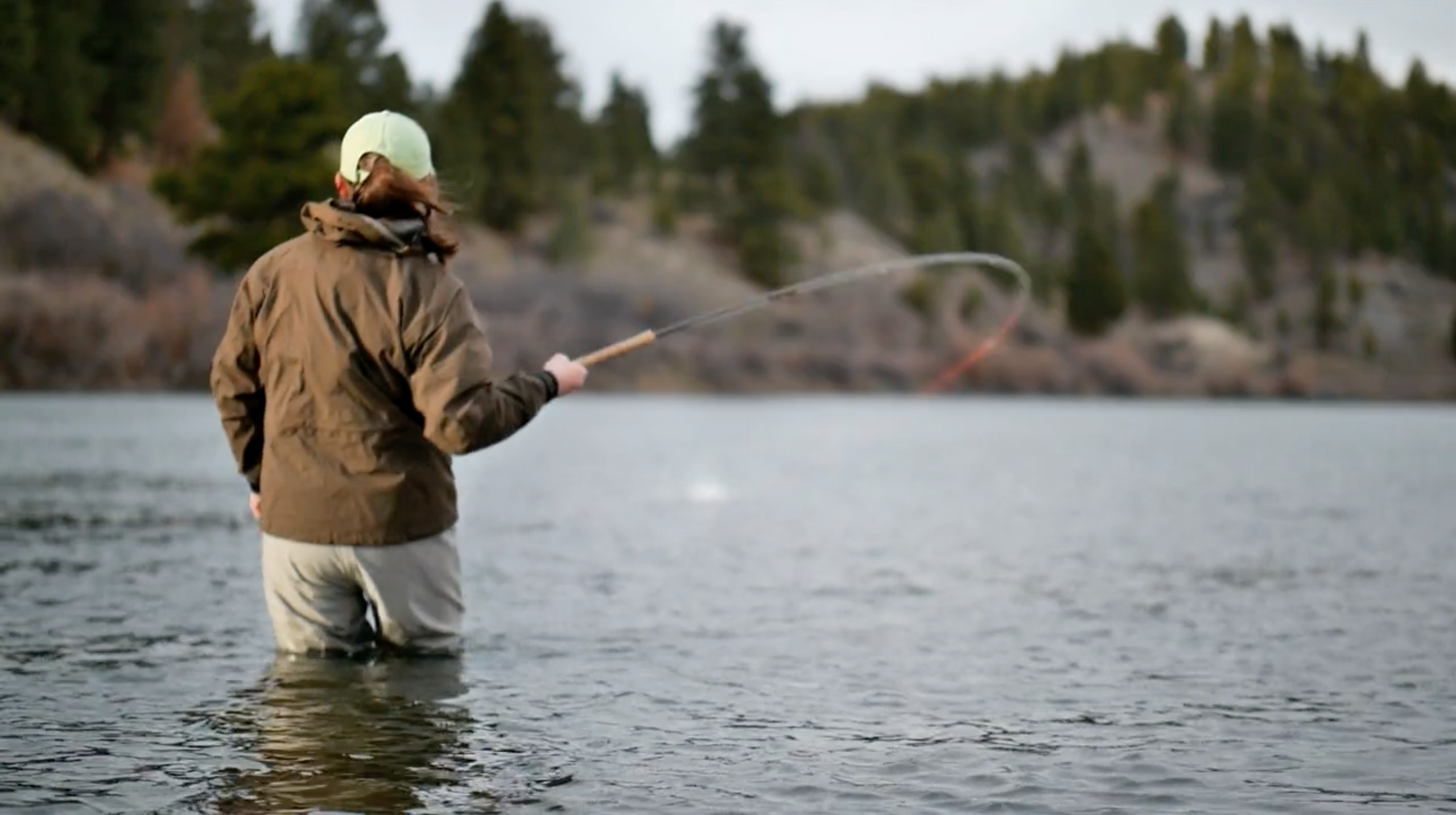 Many of the strips sets you see are at or near the hang-down. On the Missouri River, a fish that takes near the end of the swing can be tough to get. The strip-strike helps get those ones. The clip of Beth Hood stripping and sweeping into one was on the hang down. In fact I think that fish had grabbed the fly 2 or 3 times already in that swing. Beth was getting pissed at him, and made him pay! 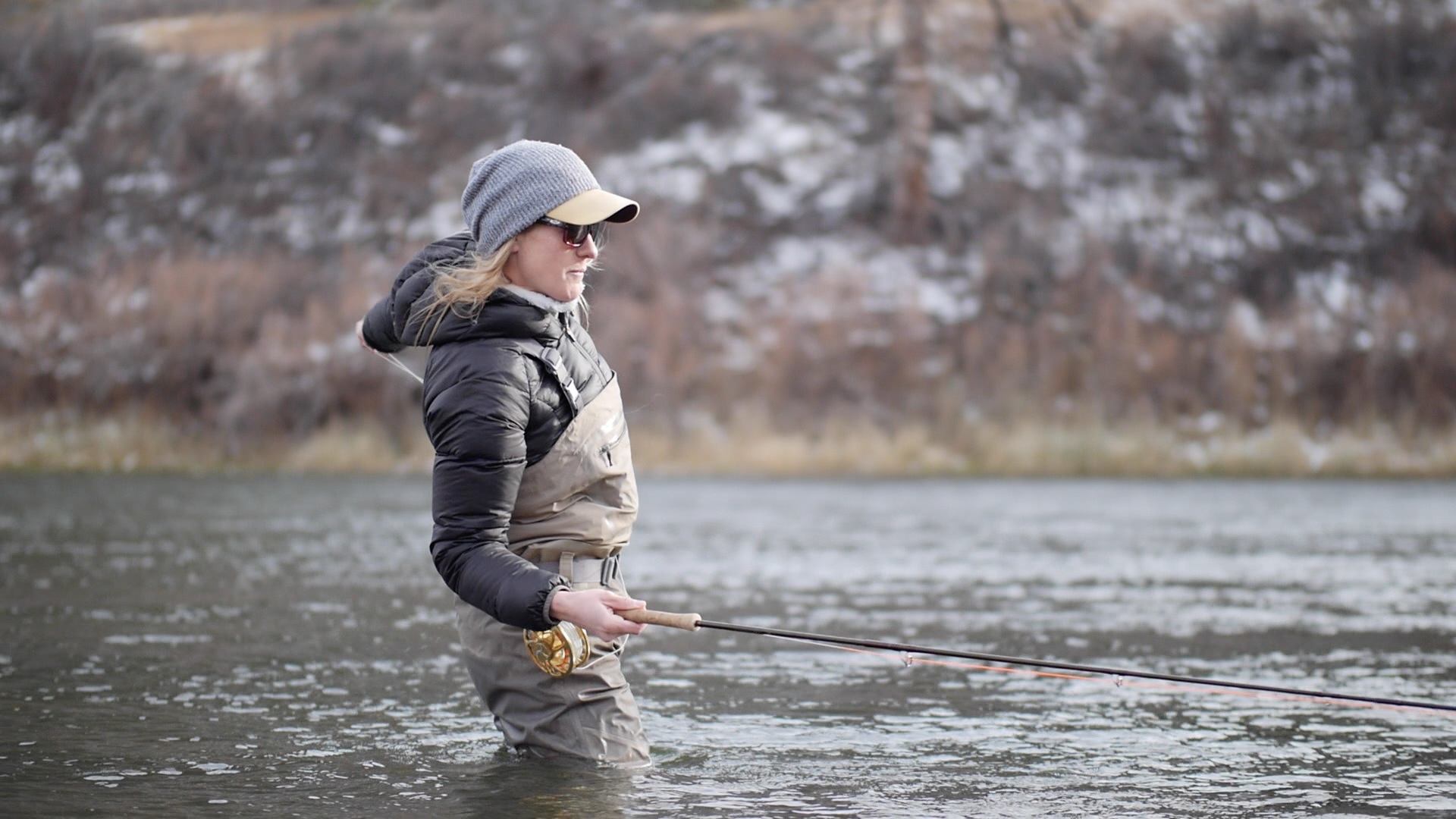 Slower flows have the same effect. The slower the flow, the more speed and power we need to put into the hook-set. The faster the current, the more we can let the fish and the rod do the work. Remember these are resident trout who grab all sorts of things that swim by them.

Steelheaders who haven’t thought about this will certainly think of situations where the strip-strike applies to them. Super slow flows, fish on the hang down, or sometimes just dour, hatchery fish that don’t like to take the fly with much zeal. Nibblers. I hate them.

And, we definitely have big trout in this river that wheel and turn on it like a Dean River fish.  In that case, we certainly don’t need to perform and kind of strip.

Paul’s question was about which method takes up more line. But I think you can see it’s the speed at which we take up that line that forces us to use a little more than just a sweep, at least for certain situations.

So, that’s my take on how to best set the hook here on the Missouri River, and how it differed from Steelhead fishing. Glad I took a look at some FB comments to get the wheels turning.

Maybe Tom will chime in?