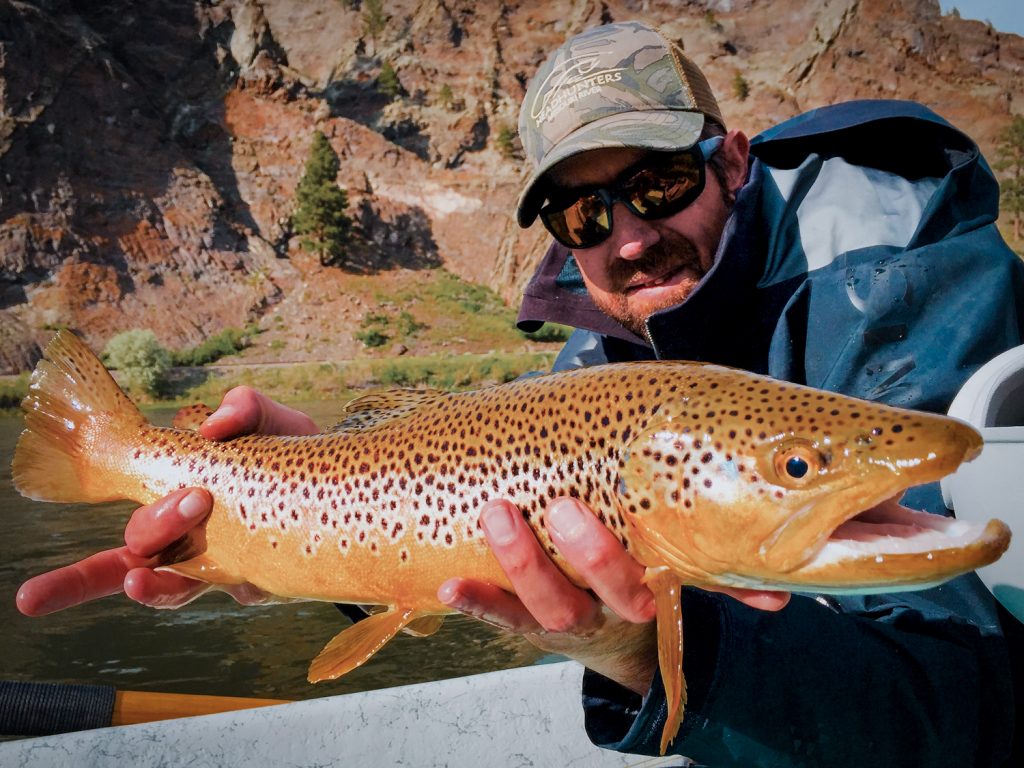 Ben McNinch shows us a dandy Brown he landed the other day. Right when the water bumped, but hey, that’s his day off. Do you think Ninch is going to take the day off because they raise the water a little? Not a chance. And his he going to raise the white flag because things are tough? Negative.

Ben reported very good fishing – and several big fish – below Craig. He caught them on top and on streamers. He also broke out the two hander in a couple of spots and swung up a half dozen. Pretty good fishing, and we’ heard that from several folks in the last few days.

While the day they bumped the river was tough for some, once the flow stabilized and the fish settled down we’ve heard mostly good to great reports. Most of our guide staff reported that Friday was unbelievably good fishing both with nymphs and dries. The weather was perfect, and most of us like a little color in the water from runoff in the local tributaries.

The sun/wind over the weekend will give way to some moisture, clouds and bugs early in the week. Later in the week we will finally start to see high temperatures over 80 degrees (if the forecast holds true). I’m betting we may see the start of some intense PMD and Caddis hatches. Evening fishing could get very good in the next 7-10 days.