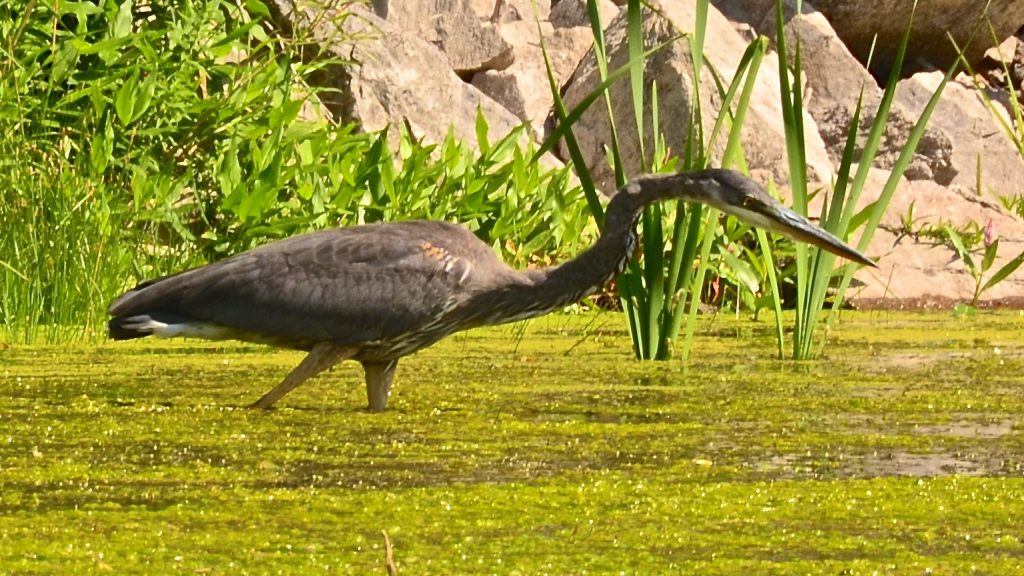 We see the Great Blue Heron on Montana’s Missouri River corridor nearly daily. They do not go too long without a meal on this 4 season river. I’ve seen them get many fish. Juvenilles, teens, and a few adults. Once, a snake. Yep. They dig the reptiles.

Much of this information come from the cool site All About Birds Great Blue Heron. Check it here if you want even more information about the GBH.