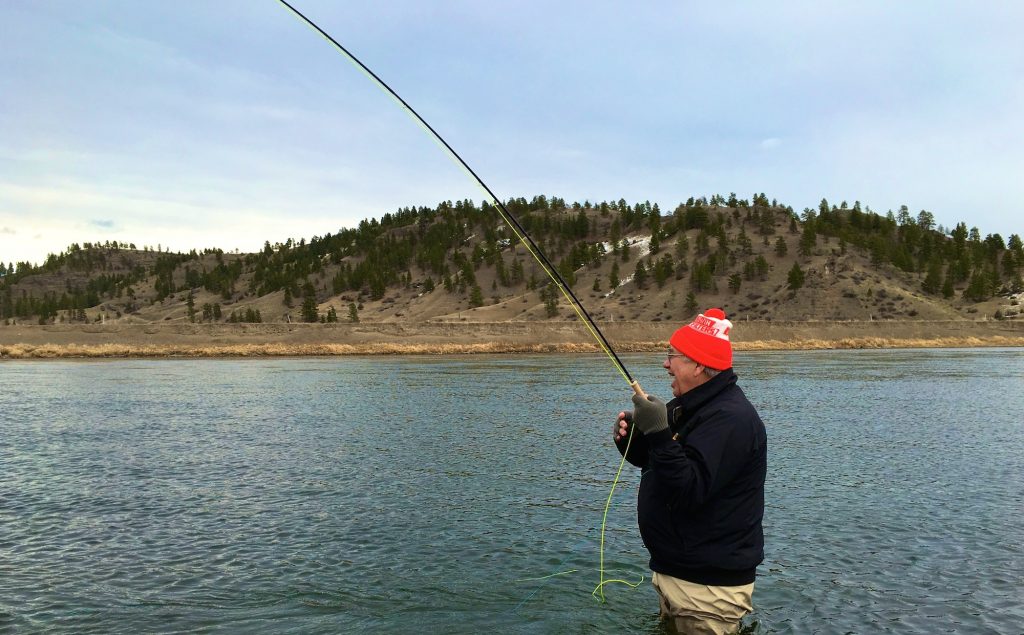 Received this in my email box last week. This Op-Ed piece penned by FS Buck Ryan of the Snake River Waterkeepers. His intro is below with the article following.

A good read and truly valid. We all have to make our own decisions on this and other conservation topics. We feel it is important to show all sides of the equation. Thanks to Buck for sending this article our way. Enjoy.

I don’t know if you’d be interested in running the attached piece on the HH blog (or whether you even agree with my stance), but I thought I’d send your way. It won’t hurt my feelings if you pass, but its an issue that has convicted me in the past before recent blog posts prompted my pen to paper, so I thought I’d pass along due to relevance to your readership.

You wouldn’t put kids in a room with lead paint, why would you put lead in a stream they swim in?

It’s time for some hard truth, flyrodders – bait fishermen aren’t the only ones trashing rivers. In my work for Snake River Waterkeeper, I spend a lot of time removing streamside garbage each spring. Like you, I grumble at all the line, worm containers, and hooks left behind by gear fisherman – I even occasionally consider the possibility of a genetic correlation between an inability to pack out trash and tastebuds that prefer Twisted Tea and Hard Lemonade. But lately, I’ve been troubled by the logical disconnect of conservation-minded fly anglers using lead weight and bubble indicators. As flyfishers, we tout a long tradition of river stewardship, yet our standard deep nymph rigs obviously contribute to river trash and habitat degradation – and they are wholly unnecessary because great alternatives are readily available.

Everyone knows lead is toxic – it leaches into water, accumulates in animal tissue, and causes poisonous effects at any exposure level. Anglers doubling as duck hunters are also aware of federal law prohibiting the use of lead shot on waterfowl based on a concern that the pellets – which are exactly like split shot – might land in streambed gravel where loons could ingest them. Yet anglers routinely put lead split shot directly into the streambed where fish and aquatic life are exposed to them…

We also know that balloons choke wildlife, don’t biodegrade, and become eyesores in wild places. As a result, I’ve winced at recent guide tips and blog posts heralding them as cheap alternatives. The same folks insist you have to go deep to catch fish and admit that breakoffs are inevitable, so we know where it ends up. We need more common sense in conservation: if beer cans and Styrofoam on the bank bother you, how can you feel good about leaving balloons floating in the river and lead under the rocks?

The standard for weighting nymph rigs and streamers needs to change. As it turns out, anglers have no valid excuse for failing to ditch lead and bubbles some time ago. We don’t need a law prohibiting lead weight, plastic indicators, and balloons to do the right thing. The alternatives are just as effective, and you need not have won Powerball to make the transition – there are cheaper alternatives than tungsten.

With winter’s grip holding firm, now’s a good time to plan for spring. So when you clean out your pack, throw out that wheel of lead split shot. Recycle plastic indicators and toss spools of lead wire. Tell your fishing partner you need a few dollars to do the right thing and go buy tin split shot, non-toxic wire, and cork indicators from a local fly shop – you need fresh tippet and a 2016 license anyway.

Find out where all the plastic goes at https://www.washingtonpost.com/news/morning-mix/wp/2016/01/20/by-2050-there-will-be-more-plastic-than-fish-in-the-worlds-oceans-study-says/

For more on effects of lead in waterways, see http://wdfw.wa.gov/publications/00037/wdfw00037.pdf