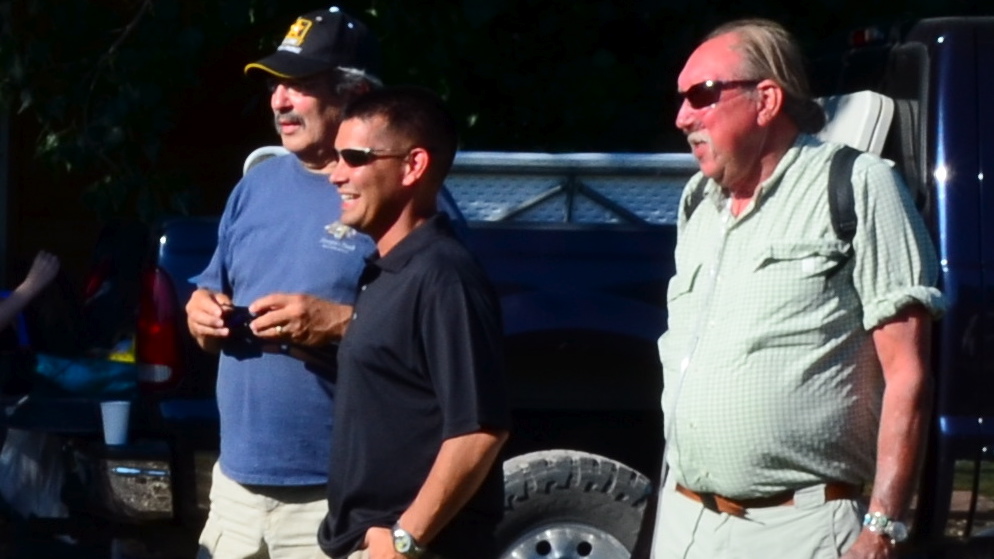 An article of love written by us here at Headhunters in March. Bob worked for Headhunters for a summer and we all fell in love with him.  Tomorrow is his memorial, party, gathering, remembrance in Craig at the Vaders House on the river.

Here are some specifics about the memorial tomorrow June 28th.

Morning Floatilla: Departs at Wolf Creek promptly @ 9am. Bring your own boat arrange a shuttle and join the family as we float to Lone Tree pullout. Bob’s ashes will be returned to the river at 11am. From there we will continue to Craig. Please consider leaving early as we want to avoid traffic jam at the ramp.

If you prefer to join from shore meet the shuttle van in beautiful downtown Craig, the Shriners will drive you to Lone Tree FAS.

The van will also be running all afternoon from Craig to The Cabin on the Flats, Vader’s. Parking is very lmited please drive in, drop your coolers, chairs people etc. And then park your car back in Craig Catch the Shuttle and Join.

The Party begins at 130pm followed by a luncheon on the lawn. Please bring the following. Your own alcoholic beverages and mixers. Lawn Chairs salad to share and stories of Bob. There will be video booth where we can all share memories and stories about Bob.

Live music and Cherry Pie round out the day.

Bob Lay passed 2 weeks ago in Missoula with friends and family at his side.

It is appropriate that Bob was being guided through the end as it was Bob that guided so many of us throughout his purposeful life.

Bob, for those of you who knew him, was truly great. A great person, a great mind, a great caring individual that always put you, first.

The last couple weeks when talking to folks who knew Bob a pattern developed. First the sadness would cross the individuals face. Then a wry smile as the person thought about Bob. Then they would invariably start telling a story about spending time with Bob and the hilarity that ensued. The thoughtfulness that Bob had brought and the caring feeling that Bob left you with.

Bob always remembered your name. You were important to Bob. He spoke to you with respect. He recognized the importance of every conversation and situation. He was painfully honest.

Bob mentored many. Perhaps thousands. The number of people that I can list in my head is numerous. Multiply that by the number of friends Bob kept in his quarry, which included nearly everyone who crossed paths with Bob, and the actual number is staggering.

In the last couple weeks the number of stories with Bob as the central character is also staggering.

And Bob had character. Lots of it.

Bob Lay was a friend to the veteran. A vet himself serving in the Navy from ’62-’66.

Bob continued to serve his entire life. Bob was integral in the development of Montana Project Healing Waters Helena Chapter. As a board member and past President Bob always put the interest of the vets first. He loved helping and the amount of volunteer time and mentoring never seemed like work to Bob. His dedication to helping all he loved is surpassed by few.

Bob spent a ton of time with Federation of Fly Fishers tying flies at conclaves, shooting and teaching on video for the FFF. Bob co-wrote Introduction to Fly Tying with Al Beatty and it is still a popular FFF publication. Bob won the coveted  Charles E Brooks Memorial Award in 2008 and stole the show by also winning the Dick Nelson Fly Tying Teaching Award in 2008. Both national awards.  Bob was highly respected within the FFF and will be fondly remembered by the number of members he touched. 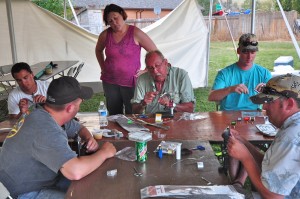 His involvement in annual FFF Conclaves, his teaching time, and his volunteer ethic will be missed by the Federation. I’m sure making that organization better through his involvement. That was the theme of Bob’s life.

Better through his involvement.

Bob had the uncanny talent of always making you feel comfortable. When you finished any conversation, cocktail,  or project with Bob he left you with the feeling that you had helped him. He would thank you for the conversation, for your help, and for your input on said topic.

Then later, sometimes much later you would realize that it was he, it was Bob…Bob was actually helping you.

His humor was quick, dry, witty, and dirty. The kind of guy you like to have at a party. And Bob loved to laugh. He enjoyed telling self deprecating jokes that still has us smiling. Many will tell stories about Bob and his sense of humor for years to come. Honest.

Pat his wife of 47 years is a jewel. To live with Bob for that long would take a special lady. And Pat is that special lady. She too has a heart of gold and is a good as the day is long. We love Pat.

A couple years ago another good friend of the community passed, Michelle Wells. Bob and Pat could not make the memorial held in Craig and sent along a note to be read at her memorial service.It was an honest remembrance of Michelle and how she had touched Bob and Pat in the few short years of their acquaintance. At the end of the note Bob stated that he would remember Michelle and show his love and reverence by looking towards the sky and smiling.

We can do the same for Bob by looking towards the sky and smiling at Bob. But we all know that it will be Bob caring for us. Even without Bob on this green and watery earth he is still making us believe that we are helping him.

But we all know that the inverse is true. It’s really Bob helping us…

Wife Pat, daughter Suzanne and son Jim wish you all will attend the celebration of Bob’s life June 28th in Craig Montana. You should attend because Bob planned it. Growling Old Men will be strumming the guitars & playing some music, a few drinks will be raised in honor of Bob.  And stories will be told.

Pat says the admission price is a story about Bob.

Many have stated, “Just one?!”

Bob graced us @ Headhunters by working for the shop a few years back. Bob certainly kept things light. We’ll miss Bob in Craig stopping in for a chat, a cup of coffee, and maybe a tug off of the bottle. We will keep you up to date here on this Blog when the time comes closer for us to gather in celebration of Bob.

He then entered into a 35-year career in the telecommunications industry, starting out as a cable splicer in the manholes of New York City. He retired from PTI/CenturyTel in Dolores, Colo., in 1998 but then re-entered the workforce as a superintendent with Wilde Construction Company of Shevlin, Minn., responsible for construction of large fiber optic projects. From 2000 until his true retirement in 2004, he was a nationwide construction project manager for Bechtel Construction and Engineering of San Francisco.

Bob’s accomplishment that provided him the most pride was his family. In January 1964, he met his wife, Patricia “Pat” Sheridan. They were married on Oct. 28, 1967, in New York City. In 1969, Bob and Pat moved to Colorado.

Subsequently, Suzanne Janet was born on Jan. 14, 1971, and James Robert (“Jimbob”) on Dec. 25, 1974, in Longmont, Colo. On Sept. 4, 1994, Suzanne married Thurston Elfstrom. Together, the five of them have had many grand and glorious adventures, which Bob was sure would continue in the future. All five were together to share Bob’s final moments.

Bob enjoyed all of life to its fullest. Two principles he lived by were to tell the truth at all times and never pass up an opportunity to help somebody.

He was very active in Kalispell’s Trinity Lodge No. 152 and Algeria Shrine Temple, as well as Helena’s Algeria Shrine Temple. As a Shriner he was involved in helping children with disabilities receive the best care possible. He also served on the Flathead County school board, where he advocated for young adults — particularly those who struggled within the traditional school system.

He was a lifetime member of the International Fly Fishing Federation, where many of his contributions centered on teaching fly tying. In 1994, he chaired the national convention, held in Kalispell. In 2008, he was honored with the Charles E. Brooks Memorial Award and the Dick Nelson Fly Tying Teaching Award — the highest award the FFF bestows to a member for excellence in fly-tying teaching.

Bob and Pat moved to Helena in 2006. He then became active with Montana Project Healing Waters, Inc. He was subsequently the recipient of the highest civilian award the National Guard can issue, the Adjutant General’s Distinguished Patriot Medal, for his work with Project Healing Waters. He went on to serve as board member and board president.

Bob was preceded in death by his parents and one sister, Carolyn Virginia Anderson. He is survived by his brother, Richard (Carol) of Oakdale, Penn.; sister, Frederica Irwin (Don) of Arden, N.C.; good friend and brother, Carl Mucha (Jane) of Union, Ky.; along with his immediate family and close friends in the Masonic and fly fishing communities throughout the nation.

A memorial service and celebration will take place at one of Bob’s favorite spots along the Missouri river on June 28, 2014. To receive additional details email CelebrationForBob@yahoo.com. The service is open to anyone who would like to share stories about Bob.