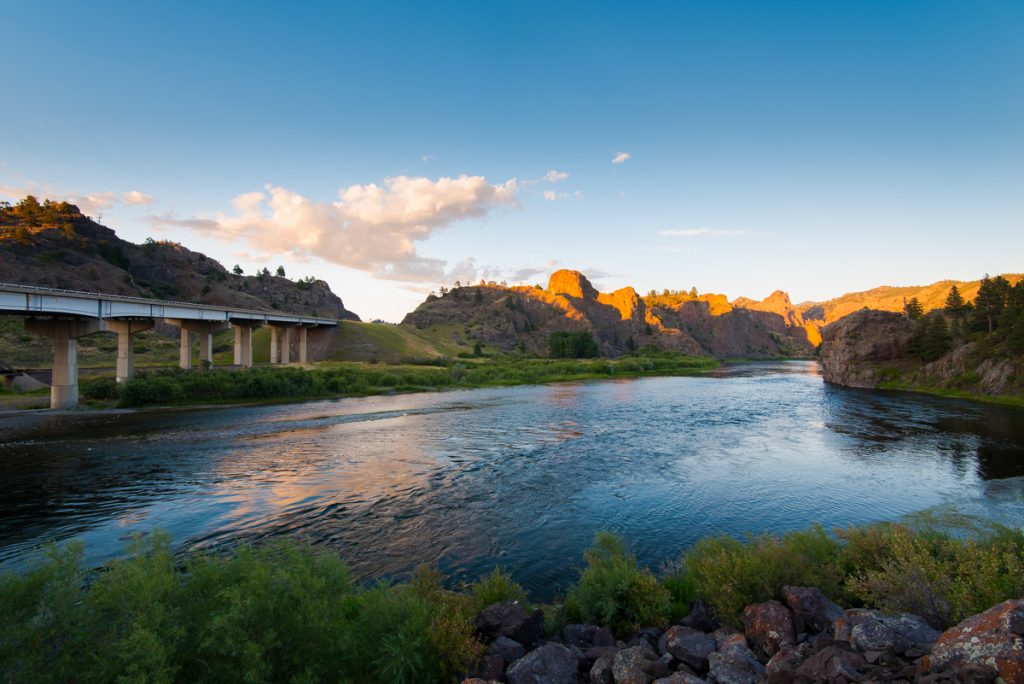 First the good news. 1. Water temps have been what I would call “below average” for late-July /August. Yesterday the began at 62 and rose to around 65. You can’t ask for much better than that on the Mo’ in August. 2. Also, weeds are not a serious issue. Those who bitch about them right now ain’t been around these parts long. 3. Crowdless. Yes, the angling crowd is pretty thin right now, though on weekends the splash & giggle crowd will be out in force. But if you’re out on the water early you won’t see too much competition for your favorite hole.

Now the bad. 1. Trico hatches have been less than stellar, and the fish – as they often do – are reacting by not reacting. At least on top. Prepare to find small pods, and not that many of them. Some days, however, it rocks. You need to go to know. 2. Evening caddis hatches have been fluctuating between shitty and crappy. There are bugs out there, but by all-time Missouri River standards it’s pretty grim.

So, what to do? Well, we suggest hitting the river early, say by 7:30, and to be prepared to fish Trico’s or Nymph. You can throw the big bugs as well, but if you’re unfamiliar with mid-river lies right now, you may find that move tough. Nymphing will be more productive and easier to figure out. Nymph fishing has actually been very good lately (most days). Hit the river with a wide variety of Mayfly nymphs (Psycho May, PT Flashback, Military May, etc.) as well as small sow bug and midge larva. Grape Slushy and Purple Weight fly are money. Don’t mend too much or too violently or you’ll pick up drifting bits of green. Be gentle and hit it hard.

Bring your standard Trico patterns and midge clusters for your dry fly arsenal. If you’re on the water real early have some Trico Duns as well. And everyone is buying and fishing drowned Trico spinners or similar. Blind fishing in the morning can be accomplished with anything from the Purple Haze to a Morrish Hopper. Royal Trude? House & Lot? Caddis are still effective even though you may not see a single live adult.

Evenings are a crapshoot. If it’s over 90 degrees during the day, you can expect a very brief “frenzy” right before and at dark. So brief its not worth floating. Just walk in to your favorite spot. If it’s cloudy (or likely smoky next week) and not too warm the evening fishing should get pushed forward a bit. I’d head out at 7pm. I would also fish somewhere below Craig.

As for “where”, the Canyon has been the most consistent fishing, both with nymphs and dries. It’s not way better, but it’s better. Larger attractor nymphs can and do work, as does the typical Missouri River selection. Streamers are worth trying, but you’ll have to stick to half the river to avoid the moss. Hopper and ants are a good bet for blind prospecting. When you stick a fish, take note of the water depth and speed and try and keep your fly in front of the boat in the same stuff.

And while Canyon seems to be the most consistent, all sections are worth a try and are putting out fish, including the lower. Those who know the river are getting them for sure, and a lot of very large trout are being handled right now.

Don’t fight fish too long on light tippet. Push it to the edge and try and get those fish in asap. If you break them off who cares. If you do land them, try to #keepemwet and unhook them quickly. Pictures are for springtime and Bull trout. Just get our trout back as quickly as possible.

By the way, the clarity is excellent right now, and with bright and spooky conditions, the guy in the back of the boat needs to get his or her fly a long ways from the boat…

Just received the forecasted water report from Dam managers today. They don’t say it out loud, but Im betting they’re going to drop flows into the 3500cfs range. When they do, expect an increase in mossy weedy conditions. I could be wrong, but how often does that happen?

Good luck out there, and make sure you don’t leave your problem solving skills at home.

Just received word that FWP has imposed a 24 full hour closure on the Jefferson River, and also on portions of the Big Hole. 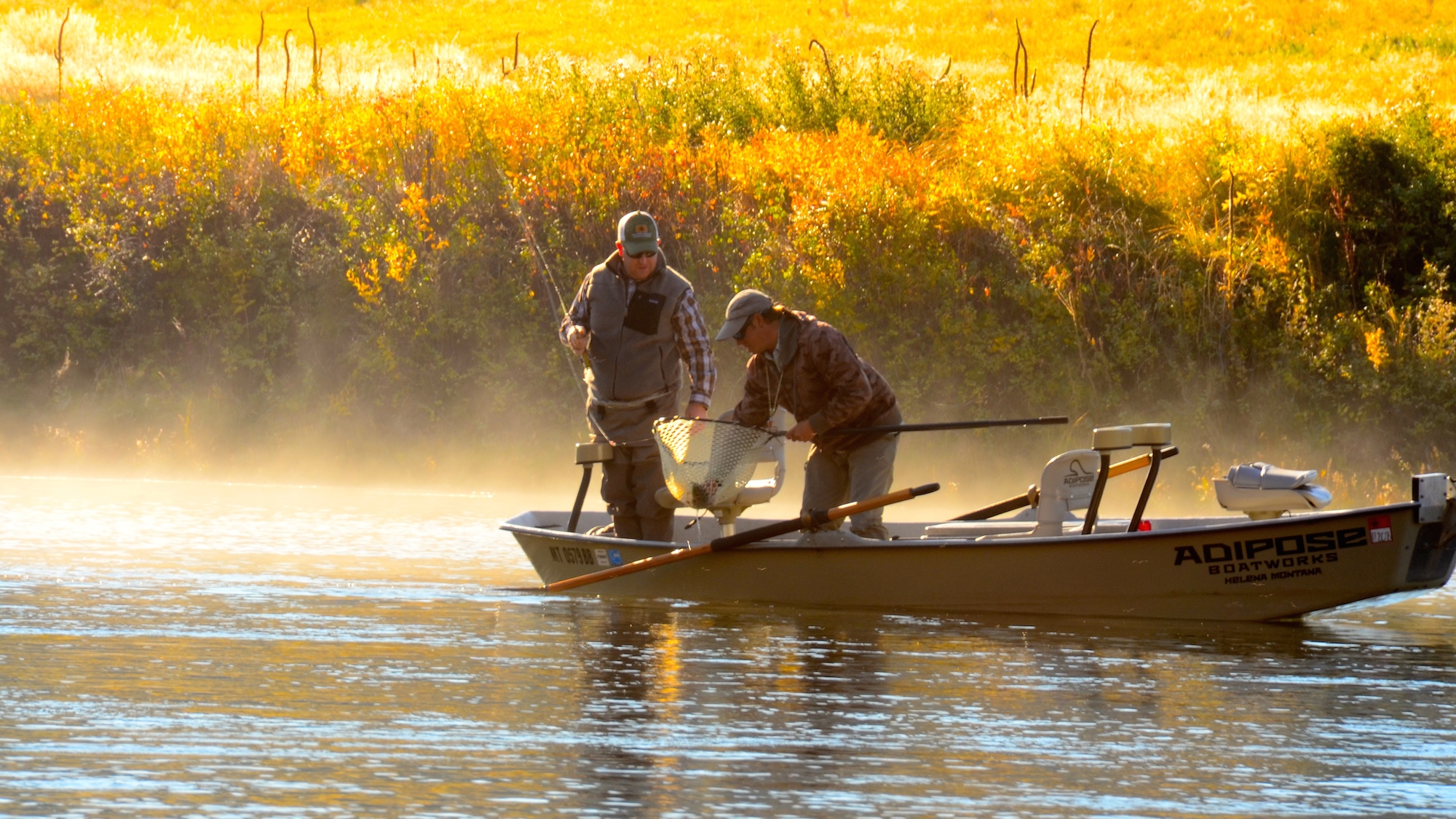 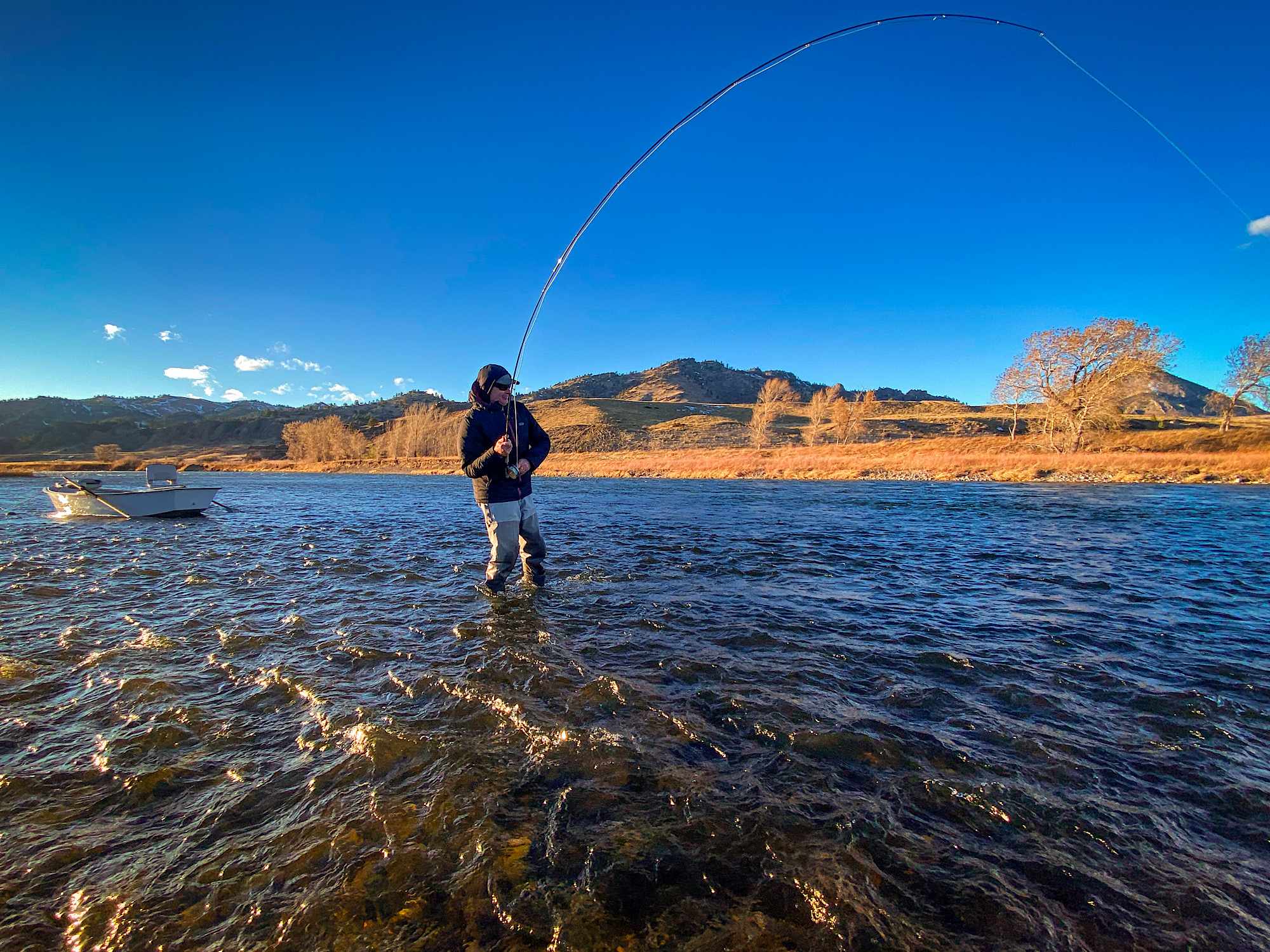 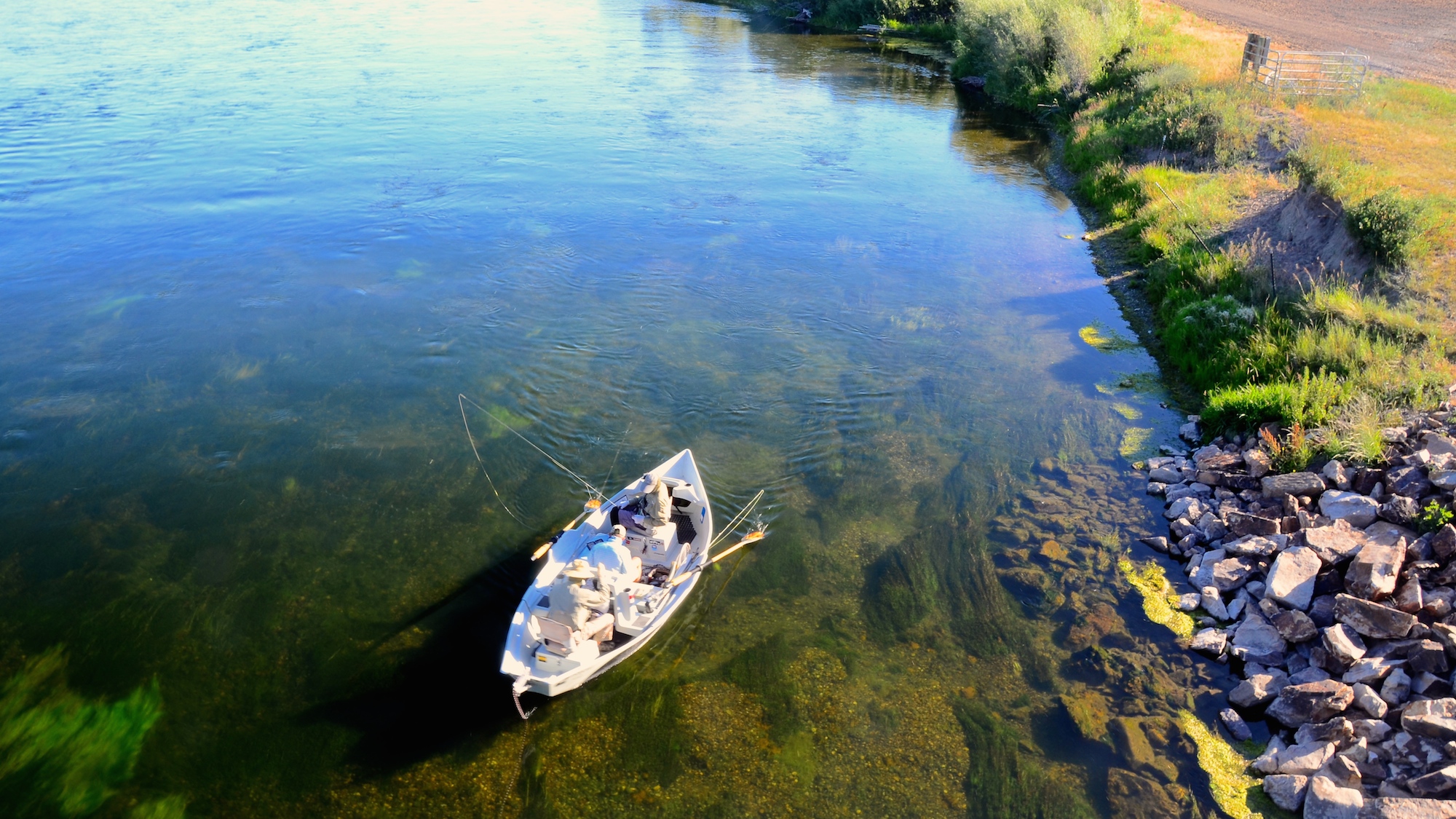