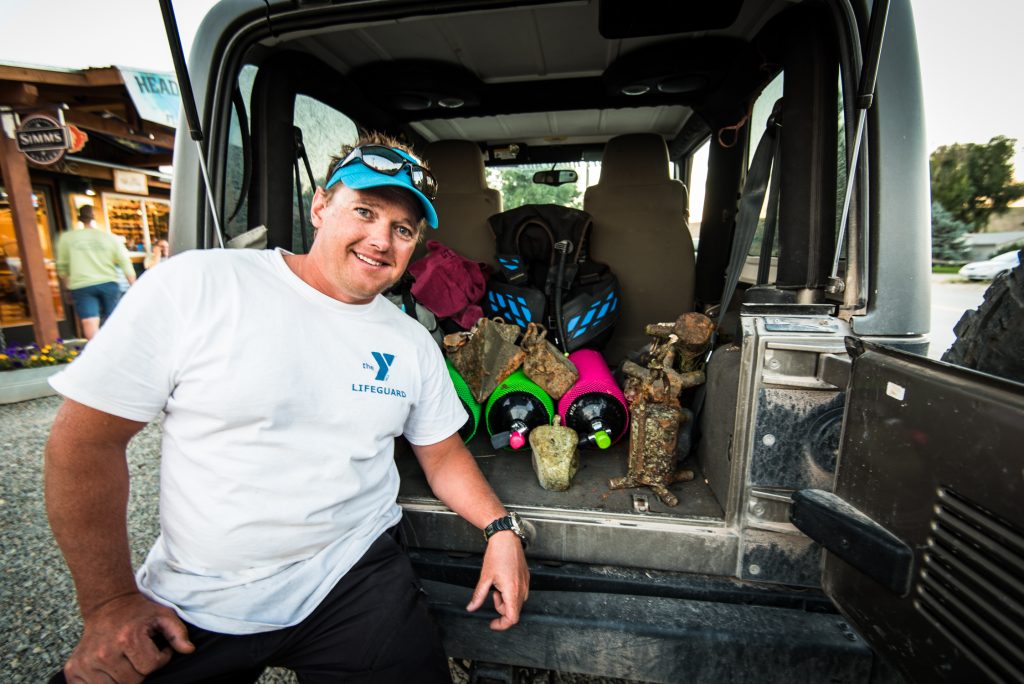 A few years ago Jason Fowler walked in our shop and asked if we wanted to buy some “used” drift boat and raft anchors. When I asked him where he got used anchors, he told me he dove for them. With scuba gear (actually a hookah rig). He said he was going to try and find as many as possible. I bought a few from him – at a price not much different than what I pay for new anchors – and never expected to see him again.

But he came back again, and continues to do so. Jason has made it his mission to recover as much lead from the bottom of the Missouri River as possible. He logs all salvage, and to date has removed 1800 lbs of lead from the Missouri River below Holter Dam! And that doesn’t include the 9 anchors he stopped by the shop with the other day when I took the above photo.

At first, I though the idea of repurposed anchors at near full retail pricing was not going to work. But it does. We’ve found most folks don’t really care, they just need an anchor. And the fact that Jason is cleaning up the Missouri River while supplying anchors for fishermen appeals to a lot more folks than I would have guessed. And that’s a good thing.

Jason has become our primary provider of drift boat anchors. He sells us both “restored” anchors, and new ones he makes from the melted down lead anchors that he feels are unusable or unsellable. He can make you an anchor in any weight, and we typically carry 30lbers, along with a few 25 and 20 lb models. He also provides river salvage services (fly rod overboard?) and will look for and usually find anything you’ve lost to the Mo’.

If you see an unmanned blue raft unnervingly tracking down the Missouri River on it’s own, you probably just ran into Jason. I won’t go into the details of how he does it, but if you stop and talk to him he’ll be glad to show you. And be careful around him and his boat. Diver down!

We applaude Jason efforts to clean up the Missouri River. Support his efforts by purchasing one of his anchors instead of adding more new lead to the Mo’!

If you need an anchor or dropped that  new reel in the river, you can contact Jason at Missouri River Anchor & Salvage 406-465-3742.