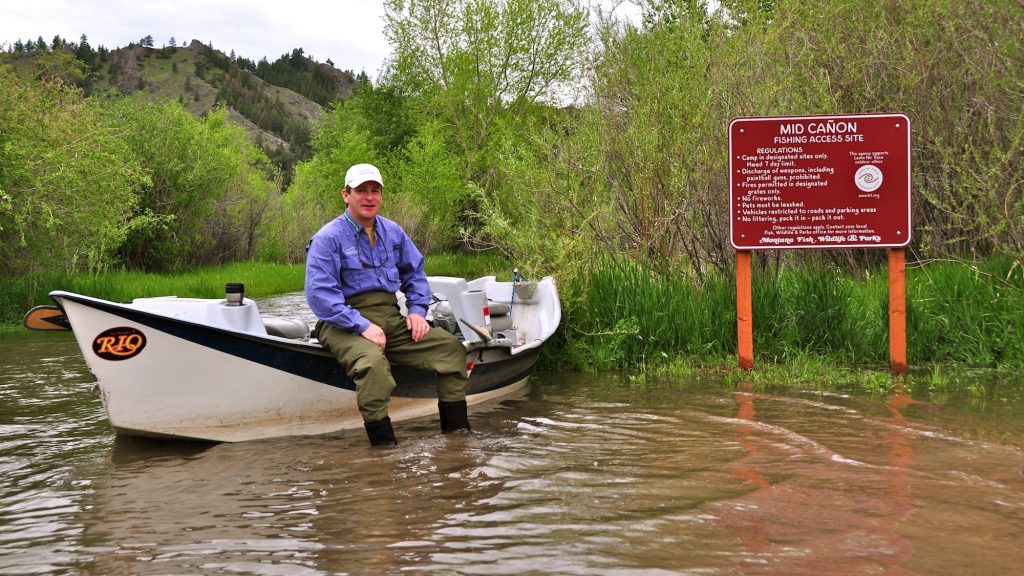 March Missouri River Water Order has come down the pike from the water managers in Helena.

It will probably not be a terribly high water year. Just a guess really. The image above is June 2010 w/ Kelley Lasek on the boat ramp at Mid Canon. On it. That is the old road upriver of the ramp, looking towards the VIP Ramp.

I doubt we will witness that this year. I may have jinxed it?

Looks like the general lack of snowpack has started to affect the outflows this spring. The managers, US Department of the Interior Bureau of Reclamation,  emailed today and stated that flows will be dropping to 4500cfs. Is that reason for alarm?

No not really.. But more common spring flows, the flows we like, are higher than predicted. Generally in a higher snow pack position the flows would be higher, or remain at the 5K mark for longer finally moving upwards to allow for an average run off period.

Will we see low water this year? Maybe.

Mother Nature is the designer and she has yet to let us in on her entire plan.

The wettest months are ahead of us in April , May, and June.

Stephanie Micek of the BOR stated that the snow on the ground in mid April is really what dictates the spring run off period.

The projected flows for the summer ahead as you can see below. There really is nothing wrong with 10K for a couple weeks. My opinion here. 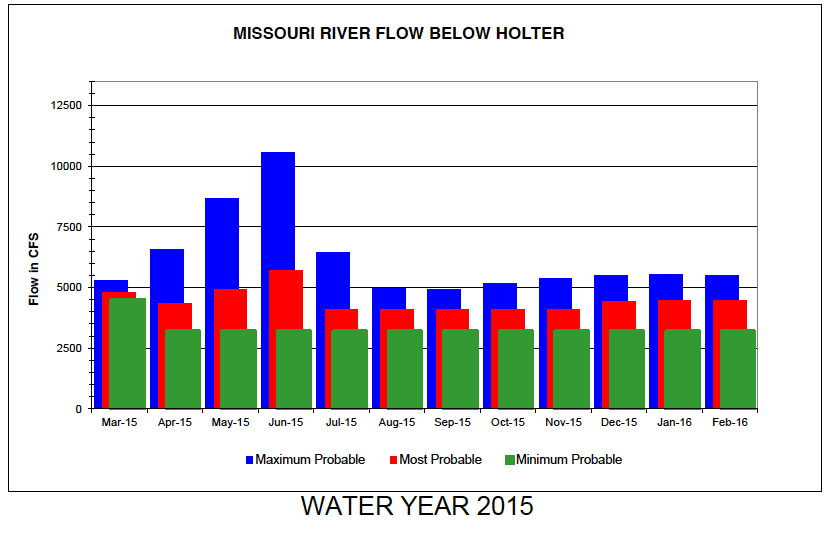 If I was a gambler I would bet a case of beer on summer flows being…?