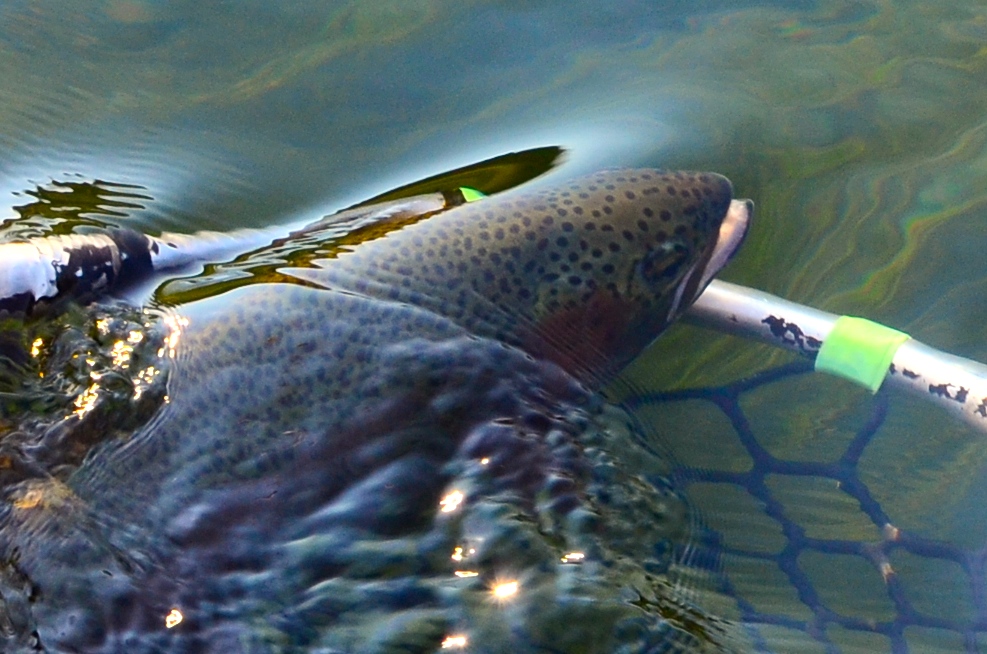 Missouri River is looking up. The water flows are moving upwards and now holding at 5900cfs. They may have moved again in the recent hours.

We’ll see how the water shakes out as we move into the tail end of the month. We have the Missouri River Water Advisory Committee meeting coming up April 11th in Helena. We’ll of course keep yo informed as we move closer to that date, closer to summer, closer tot eh historical run-off period for the state. Yo can look at Scumliners water report last week if you need some more info.

The river is fishing quite well. We are finally, not that we are behind schedule, but we are now at the spring we like. Warmer daytime temps and temps that reach into the 50’s a couple times a week. Yes, the water levels are at the historical average or just above. Real nice is what that means. We really like a little more water in the river.

Nymphing still the game of choice. It will change in the afternoons as we see more of those damn small clustering midges. The midge is making its first appearances and we can expect them daily in the next couple weeks. Stop in for a midge mania experience with our fully stocked fly bins. Ya know, we added about 400 bins of excellence.

Nymphs that work? The same pink stuff with the FB stuff and some midge stuff. The BWO stuff is the new species in the game. Time to get out some mayfly patterns and begging to tie them on and test the waters.

Dry flies include clusters, single midge patterns or a giant Adams. Or a small Adams. Or a Grifftihs. Or some of you like the Buzzball too.

Streamers? Brown is still on top with Natural next and Gold coming in a close third. Sink tips a good idea as the water column has increased in the last week. For the better.

Weather? Variable spring weather will bring us into the month of April where unusual and sporadic unpredictable weather patterns are normal as well.

The info is always free…