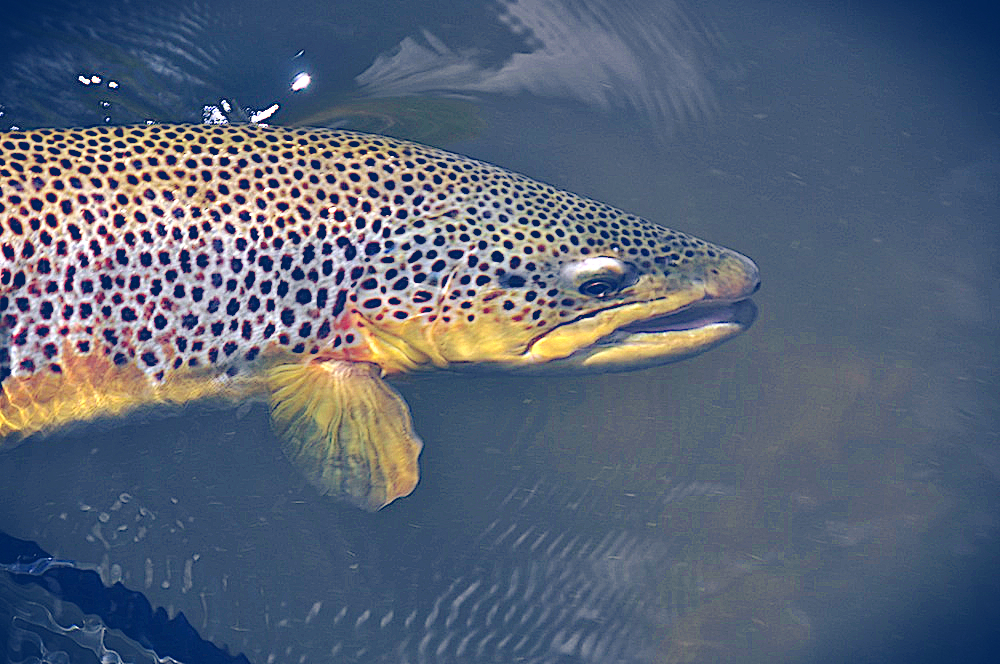 Fishing continues much as it has. Nymphs, hoppers, streamers and risers – in the right conditions – will show you why you love the Missouri. Add a little too much sun or wind, or choose the wrong stretch on the wrong day, and you’ll wish you were in the AC watching pre-season football.

In general, the better you know the Missouri the better you will do. Our guides are having productive days nymphing at the Dam and in the Canyon, and throwing dries and hoppers on all stretches. Local angler who fish regularly have been having success also. If you’ve never fished the Missouri River before and are doing it on your own, you might find things tough. That’s true everywhere to some extent, however.

The easy  thing is to hit the dam with Zebra’s, scuds, sow bugs and the weight fly or Czech Nymph. There is a high concentration of fish from Holter to the first trestle below the Wolf Creek Bridge, and that’s not unusual this time of year. If you put the right flies in the water, you should catch some fish.

Here’s yesterday’s temperature graph. You can see that bump on the 22nd/23rd: 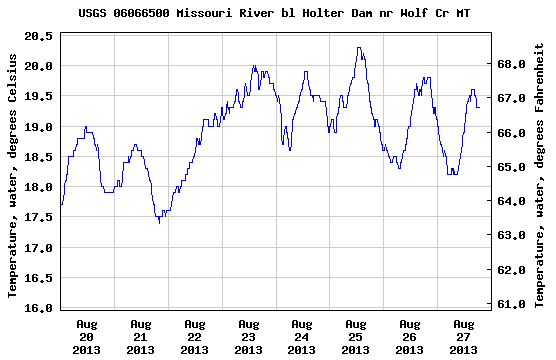 The fishing doesn’t seem to have been affected, and we’re not saying  that you shouldn’t hit the Missouri River. We are saying you should probably stay off of it during the afternoon, and you should definitely reel in the fish you hook quickly! Stress and lactic acid buildup can kill them easy. And just because they swim away doesn’t mean they are OK.

Keep them in the water. You can take picture again in a few weeks.

The Blackfoot is getting super skinny and warm as well. 527 CFS at Bonner means it’s probably around 350? at Ovando. Maybe less. Reports are good, but you need a raft and should get on the water early. Our guides have stayed off of it for the last week. Remember that most of the tributaries are closed to fishing right now. 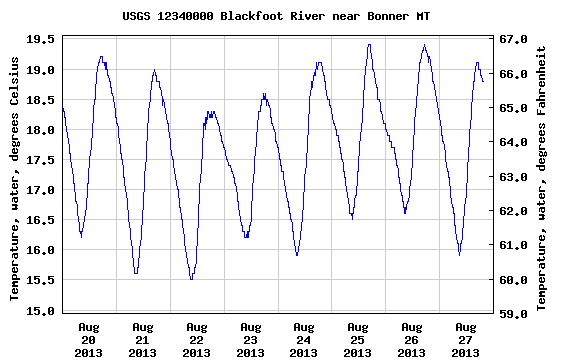 Because the Blackfoot is a higher elevation freestone, the nighttime lows affect the river temperature more dramatically as you can see in the above graph.

It likes like we will see a little drop in the temperatures next week. Not what we want, but 80’s is better than 90’s. It won’t be long until the earth tips a few more degrees, and cooler weather arrives. Hopefully some much needed precipitation with it. 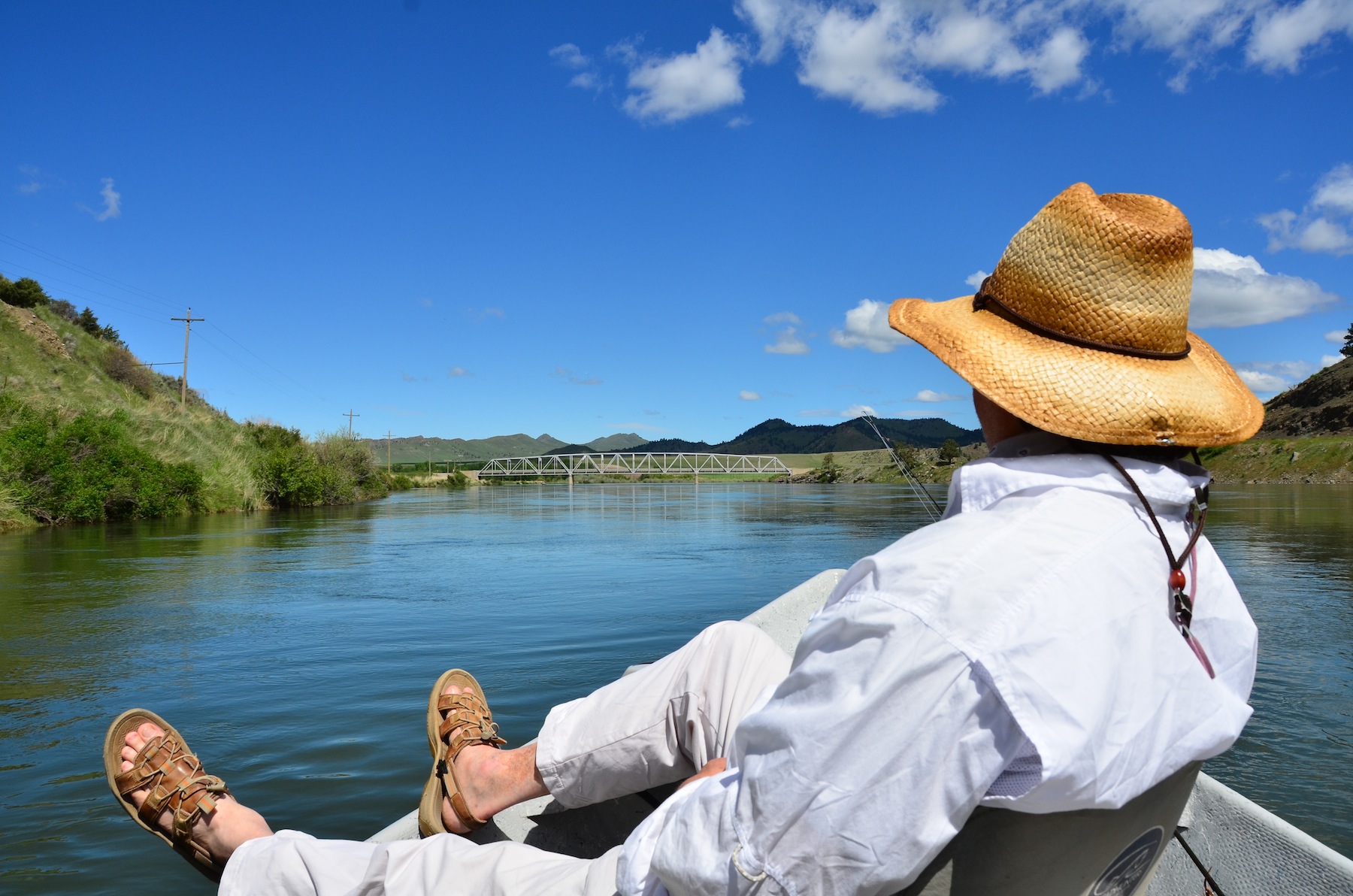 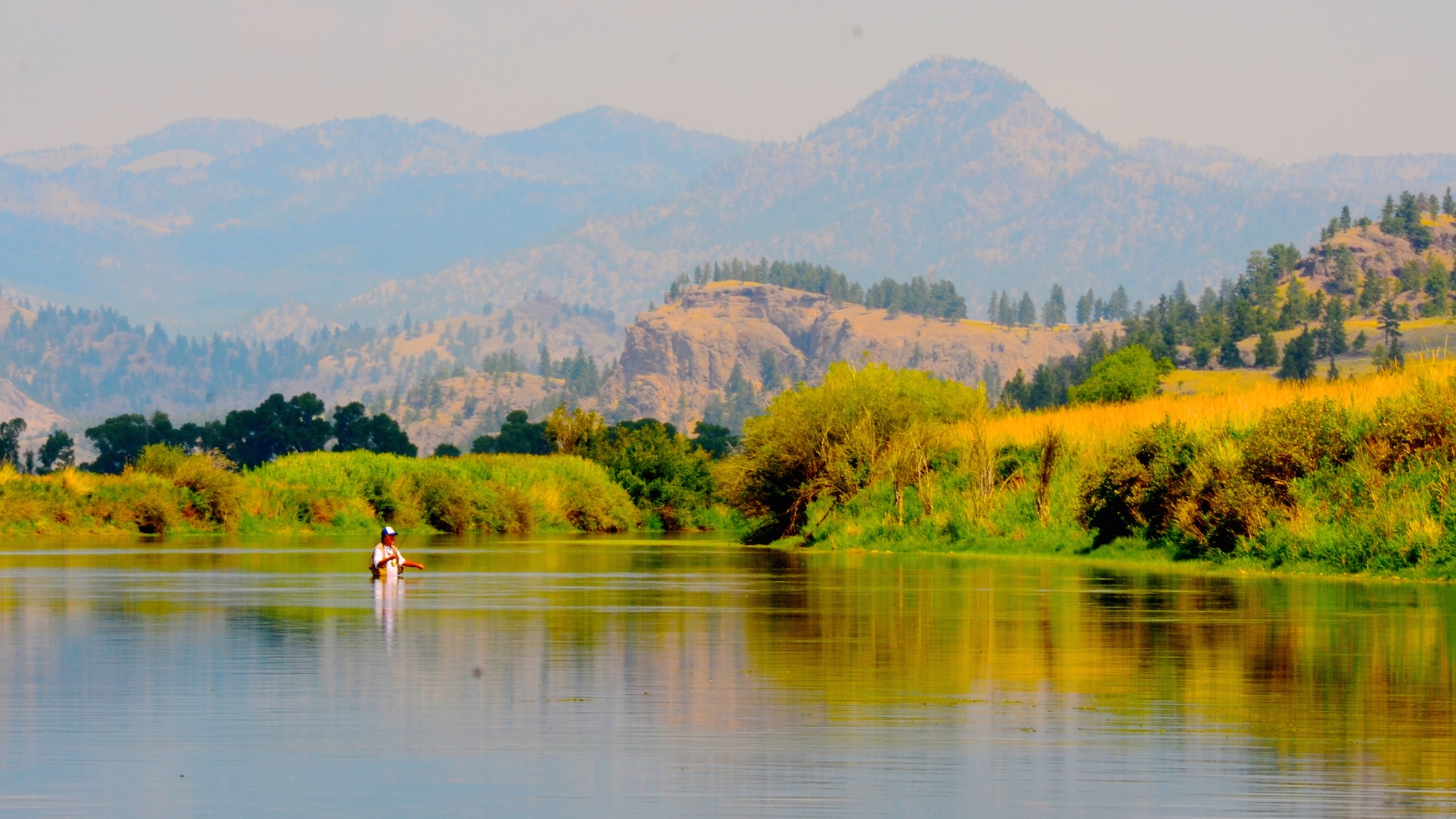 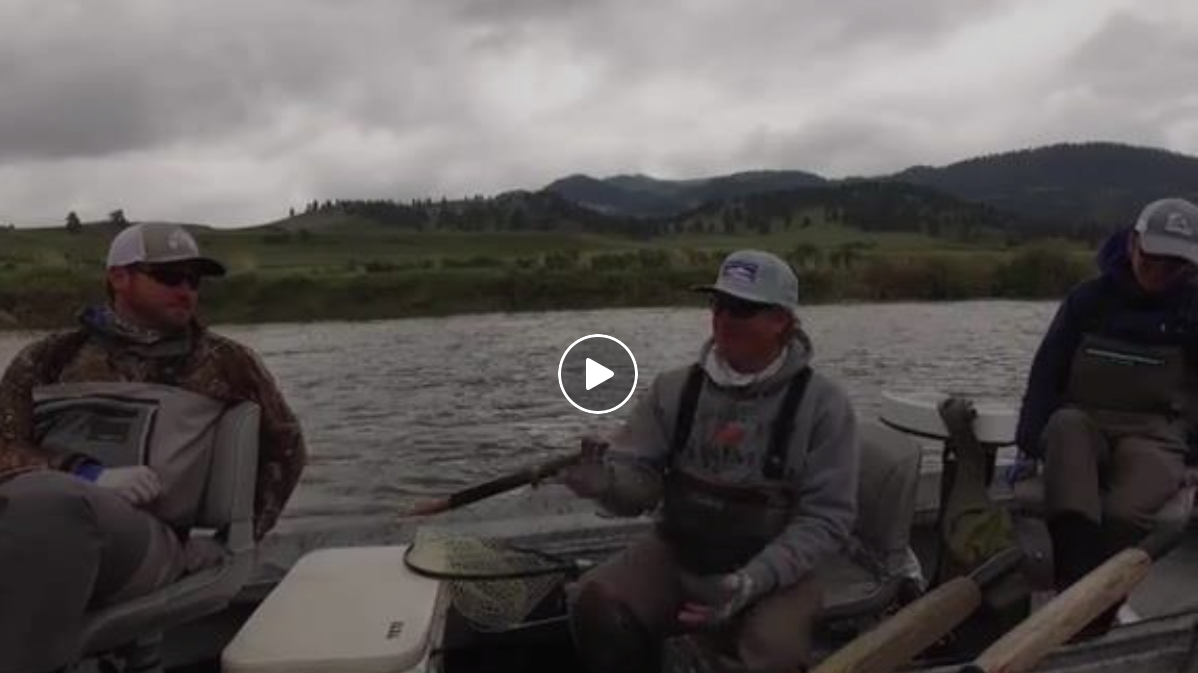