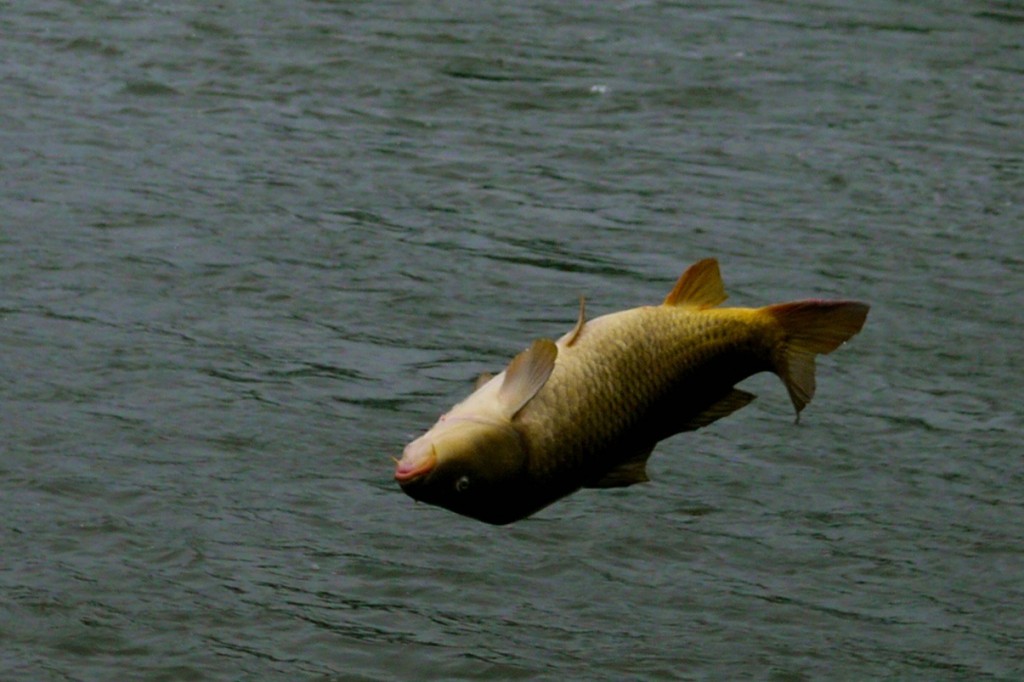 A Tail only a Mother could Love.

There’ s been a little talk about Carp around the shop lately. By a little, I mean a little too much. Anyone who knowsme , knows that any Carp talk is too much Carp talk.

One of our employee’s – we’ll call him “Jake”- has been the source of the majority of Carp banter around the shop. “Jake” loves the Copper King. He says he’s “obsessed” with fly fishing for Carp, and thinks they are an incredible game fish. They are gamey, I’ll give him that.

It seems like Jake fishes for Carp more than for trout (I’ll now drop the “quotations” as Jake is his real name). He lives right here on the Missouri River, so he must really be obsessed. Who would choose fishing muddy sloughs with crappy little carp flies, over casting a mayfly cripple at a 22 inch rising Brown Trout? I wonder how all the fly fishers who live in areas rife with Carp, but thousands of miles from a trout stream, feel about that?

It’s all good until you touch them.

Jake claims that he catches them. It’s really hard to tell if a Carp Angler is telling the truth about how many fish he/she catches (I’m not sure I’ve ever met a “she” Carp fanatic), or if they catch any at all. They are always very vague about how many fish they actually land, instead talking about missed opportunities and poor visibility. But Jake seems pretty honest about it. I judge the skill of a Carp angler by two things; a) the amount of slime on the front of their shirt, and b) whether they smell like the local sewage treatment ponds (a favorite haunt of Carp anglers). Jake usually changes his shirt before he comes to work. But that smell is there. Or maybe it’s just Craig.

I keep telling him that in 5 years he’ll look back with embarrassment at his fetish with the Slimy One. He insists that I’m wrong, and that he’s going to become the finest Carp angler in Montana. The look on my face should convince him that a statement like that is nothing to brag about.

Despite my lack of respect for these non-native trash fish, I do occasionally catch a Carp. No biggie. Anyone can catch Carp, but unlike most, I can also throw Carp. The photo above shows my technique for gently releasing Cyprinus carpio back to the Missouri River. You really need to practice this technique, as the 1/16th inch layer of slime on the Common Carp makes it difficult to get a good grip on them.

Terry Bradshaw would have been a good Carp thrower.

My final thoughts on Carp for the 2014 season center on how ugly these critters are. Just look at that tail. Yikes! is that a fleshy wound on the caudal peduncle? And from what? Or do Carp just fester pussy wounds naturally?  Pretty sweet photo, however. And I took it, so I must have been Carp fishing that day. 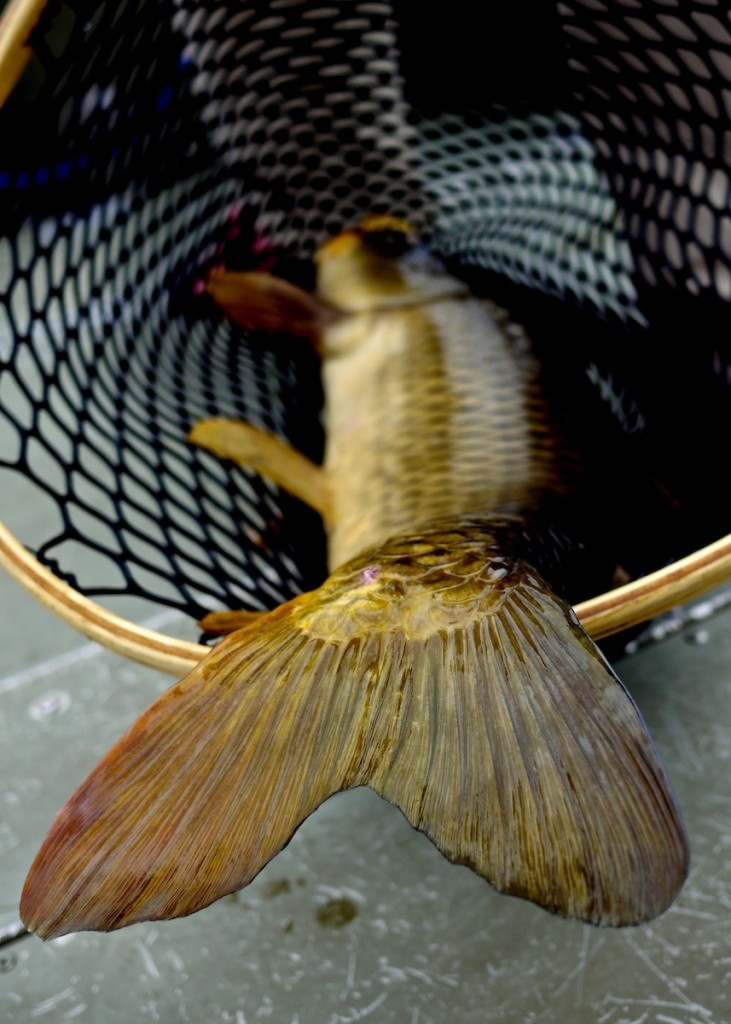 Well, I’ve wasted enough keystrokes bashing on Carp for this year. I’ve got to call my friend Cameron Mortenson and make sure I still have a spot reserved for the Beaver Island Carp trip in 2014. He not only likes Carp, but he fishes for them with Fiberglass fly rods. Fanatic.