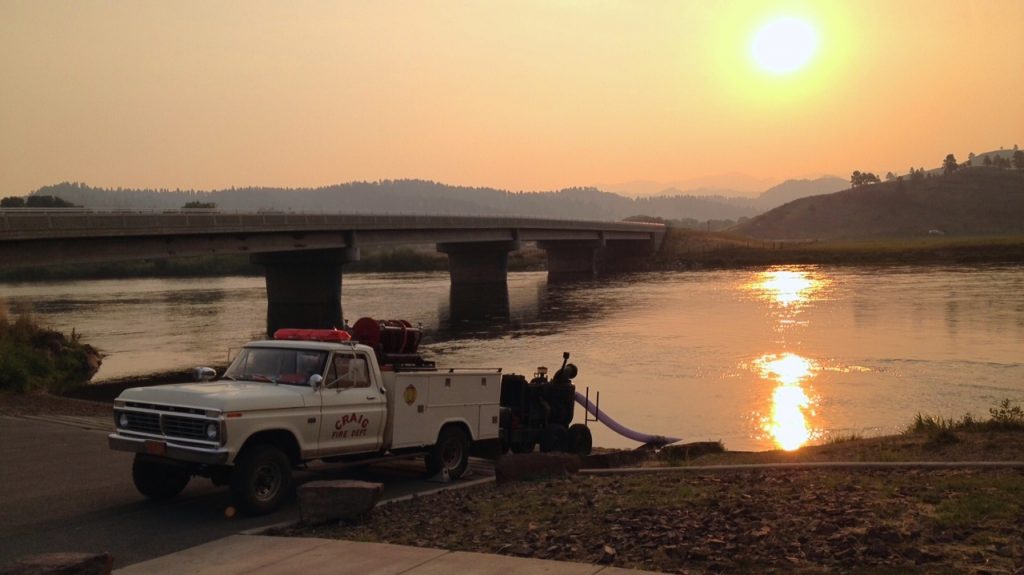 While we are not on fire here int he canyon the rest of the state is pretty hot. And smoky.

We are smoky too. False overcast is what we call it.

Not as bad as some of the summers past though. In the big fire years of 2000 and 2002 the smoke got so thick it blocked the sun fro periods of time.

We are nowhere near that this year.

This is about our 5th, 6th, 7th period of smokey skies. Will it dissipate? Maybe.

The fires to the north of us are bringing us this low and high level smoke in the Missouri River canyon region. It is probably everywhere. We are so insulated here in the summer, winter too, and we have become familiar with only paying attention to what hatch, what is on special at Izaak’s and the flow of Coors Lite at Joe’s.

We are on Fire Restriction Stage2 now. What does that mean?

This from the Daily Interlake

With as many as 101 wildfires burning across Northwest Montana, new fire restrictions go into effect on Thursday.
Stage 2 restrictions ban all open burning, including campfires, and restrict vehicles to designated roads and trails.
In addition, equipment operation involving internal combustion engines such as chain saws is prohibited from 1 p.m. to 1 a.m.

The restrictions apply to any lands outside designated city limits, regardless of ownership. The restrictions will remain in effect until there is a significant long-term change in fire danger.

Fire danger currently is extreme; five of the area wildfires have covered more than 1,000 acres each.

In addition, nine fires were sparked on the Flathead Indian Reservation, there are three fires burning in Glacier National Park and there are eight fires on state land.

1. Prohibit any open burning, including campfires.
2. Allow smoking only in areas cleared of all flammable materials.
3. Restrict motorized vehicles to designated roads and trails.
4. Prohibit from 1 p.m. to 1 a.m. operating an internal combustion engine and blasting, welding, or other activities that generate flame or flammable material. A patrol is required for one hour following cessation of all such work.
5. Exempt fires fueled solely by liquid petroleum or other activities for which there is a permit or written authorization.

What does that mean here locally? The safest place to be is in the river right? No problems there. But as you see in the photo that the Craig VFD has a tender with a super bad ass pump attached ready to go. To fill those water trucks when needed. It has been parked at the Craig Boat Ramp for days and will remain until this tumultuous fire season passes.

The cool weather with intermittent rain helps. Keep the lightening away please! 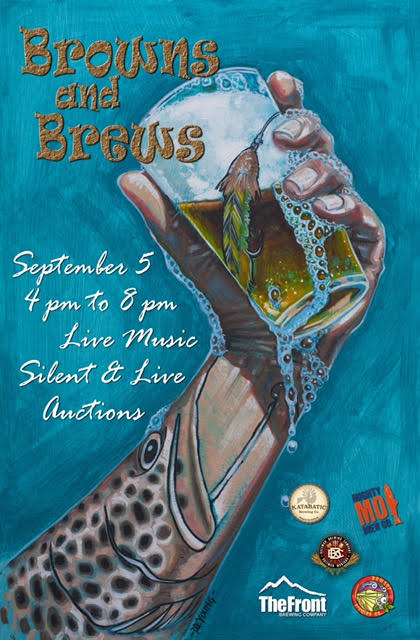 The river is relatively quiet as it historically is in late August. The fishing has been good enough. Catch rates nymphing can be good. Not 40 fish days by any means, but pretty good at the dam and beyond. The pressure is spread though out the entire river with not one spot, save for the dam on occasion, crowded.

Hopper anglers getting a few to hand. The secret, not really, streamer anglers have been turning some nice fish. The false overcast helps that discipline. Nymphers? As above.

The water temps will bounce up and down per usual in late August. The weather? August type weather patterns with afternoon thunderstorms common. The flows? Long time median is 4050cfs and we are currently in the ballgame at 3990cfs. Historically normal on all accounts.

Big happenings on September 5th with our first annual Browns and Brews Fest.

Come on out for this event and Headhunters Labor Day Sale. Get all the summer stuff at rock bottom pricing. Rods, reels, lines, HH Logo Wear, and any other stuff that has to go to make room for the fall and winter gear arriving daily. 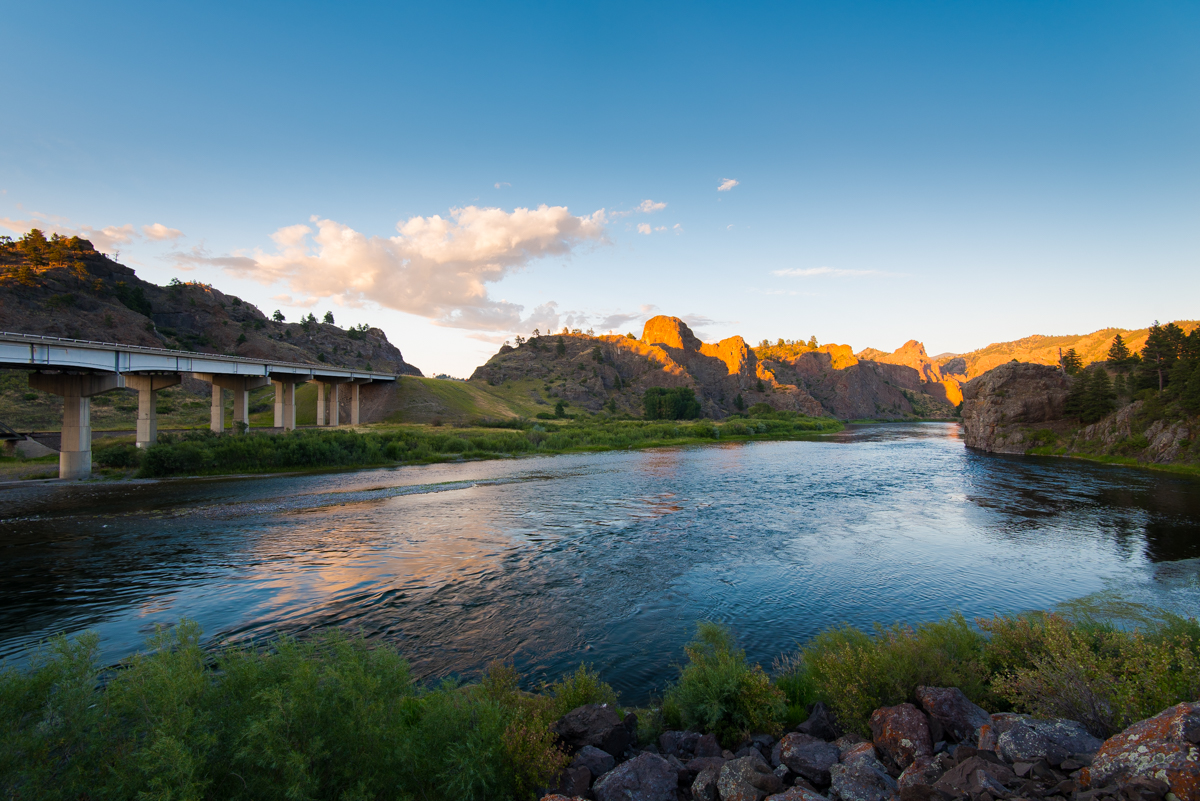 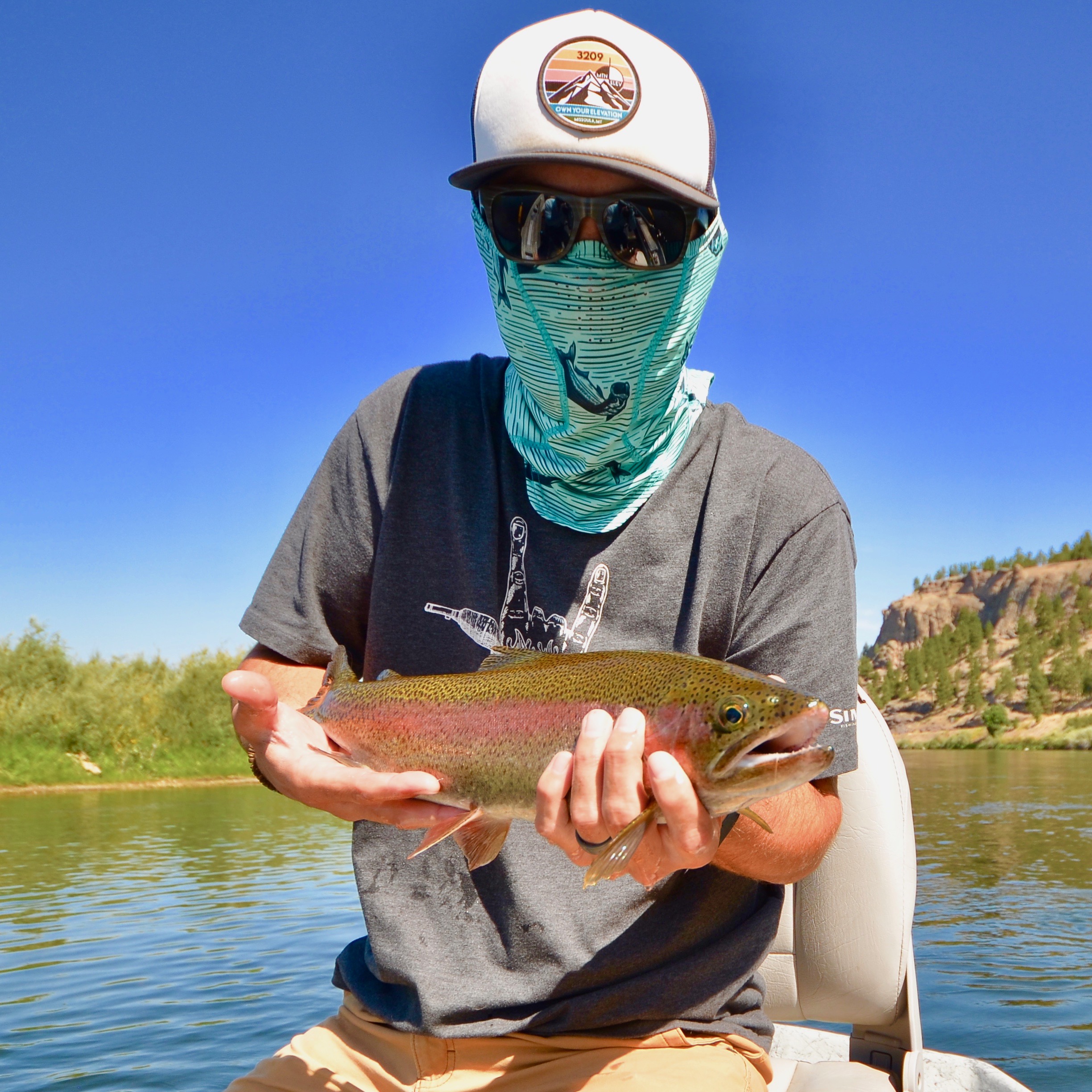 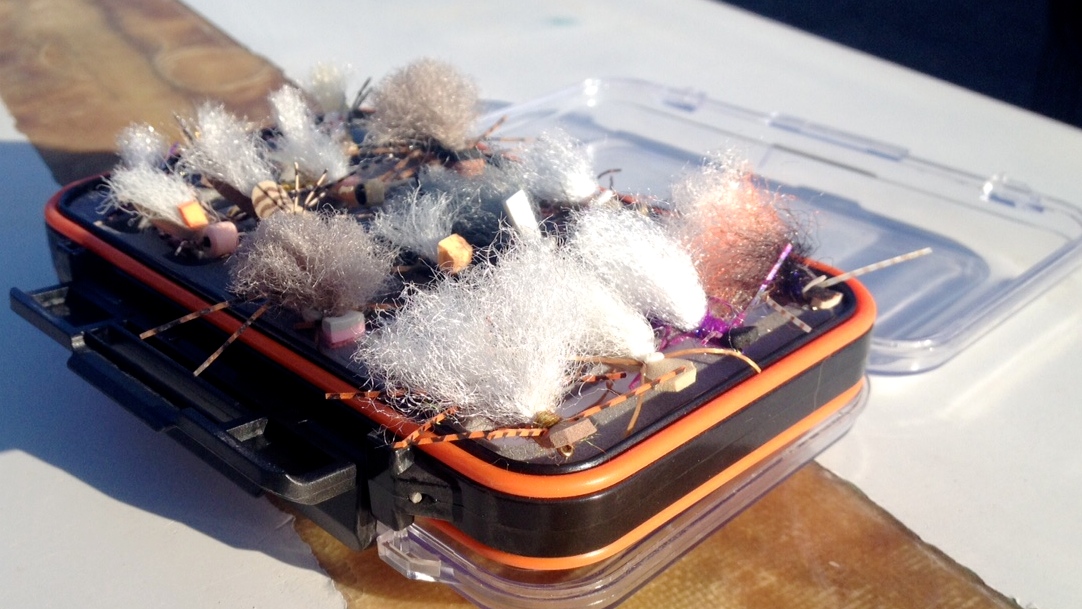