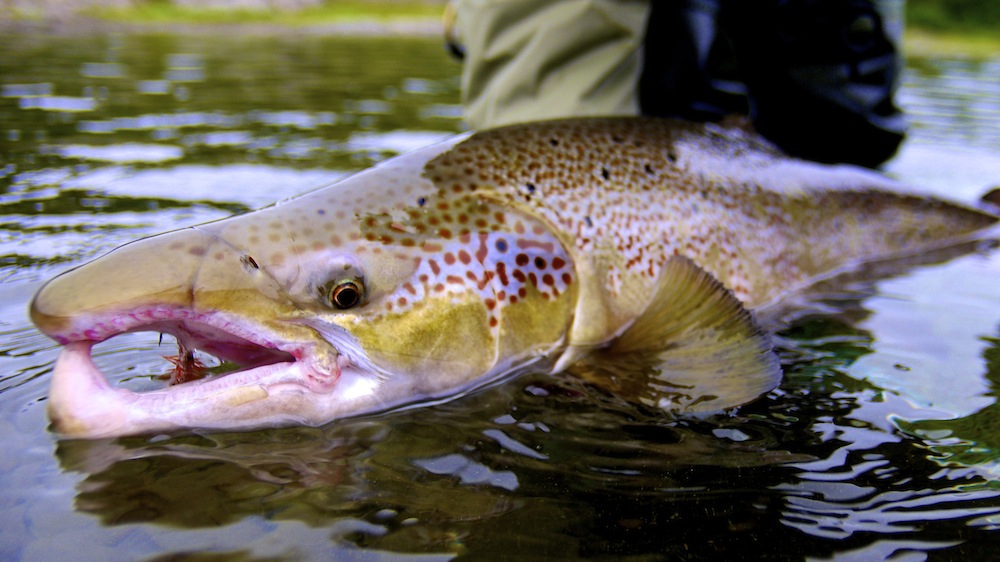 Back in the shop after a long day of travel from the legendary Restigouche River in New Brunswick, Canada. Ben Hardy and I made the long trip back east to experience the fly fishing for Atlantic Salmon on one of the best big Salmon rivers in the world. We typically head to Northern BC this time of year, so this was a whole new experience. We’re also usually eating noodles in a tent in the BC rain, so being catered to was a nice change. I like it. A lot.

For those of you unfamiliar with the Restigouche, it forms the boundary between New Brunswick and Quebec on the south side of the Gaspe’ region. Most of the river is locked up by ancient (by western standards) Salmon Clubs. The fishing has long been reserved for the few that can afford to be a member, or travel in those circles.

The Restigouche River Lodge is a relatively new operation, opening in 2008. This former Salmon Camp is owned by a group of US anglers who have decided to operate it as a traditional fly fishing lodge. This means that dirtbag guides like Ben and I can go!  The location is on two of the more famous pools on the river – as well as a half dozen others – and yes, they “own” the water. Only guests of the lodge can fish this stretch from both the New Brunswick and Quebec banks. All fish landed are entered into the camp’s log book.

Our fishing was not great, but more than good enough. Ben and I spent most of the week sight fishing the large Restigouche Salmon with dead drifted Bombers. The first fish Ben threw at was a big buck who ate it on the 10th cast, to both of our amazement. After the incredible take and hook-set, there was a period of 10 seconds where neither Ben, Dale (our guide) or I said anything. That was followed by some rather loud WTF?! comments. Both Ben and I were simply amazed that an anadromous fish like that would come up and eat a bomber. It was a game changing moment. Ben and I immediately informed Dale that if we have the visibility, we’d be doing nothing else.

When the visibility was too tough for dry fly fishing, we swung flies. Swinging was not very productive for us. We each swung a Salmon and a few grilse each. One of our hosts – Keith Vanacore – swung a few good fish during the week, including a 25 pound fish one evening. More water in the river would have helped the swing game, and we were told that it is much better during the early season in June and July.

We fished out of  incredible cedar strip 26 foot Restigouche canoes that ripped with a 10 horse on the back of the “Y” transom. Great boats to fish out of ,as well as traveling the river. The dry fly fishing all takes place out of the canoe while anchored. It really reminded me of laid-up Tarpon fishing more than any Steelhead fishing I have done. Ben standing on the seat scanning the water. Could have been in the Glades…

The lodge itself was comfortable and casual (no tweed!), and is in a beautiful setting. The food was incredible and the portions were not small. We also had the great company of owners Bill Hartnett and Keith Vanacore, and Greg Heister from Seasons on the Fly who was filming an episode with camerman Ed.

This was a really great experience, even though we didn’t set any fish catching records. It was very comfortable, beautiful and the hospitality was top notch. The fish in this river are absolutely enormous. Just watching them move to the fly is worth the trip. We also caught a few 4 pound “grilse” each. You’d be stoked to catch these on the Grande Ronde, but 20 pounders aren’t that big a deal on the Restigouche.

I’m thinking I want to go back to this place. Many of our customers have asked me about a group Steelhead trip, but finding the right location for a group can be tricky. How about exclusive water and the chance to cast at some of the biggest Atlantic Salmon in the world? July 2014? Let me know if you are interested at john@headhuntersflyshop.com. If you have any questions about the fishing, send me an email or you can call me at the shop. 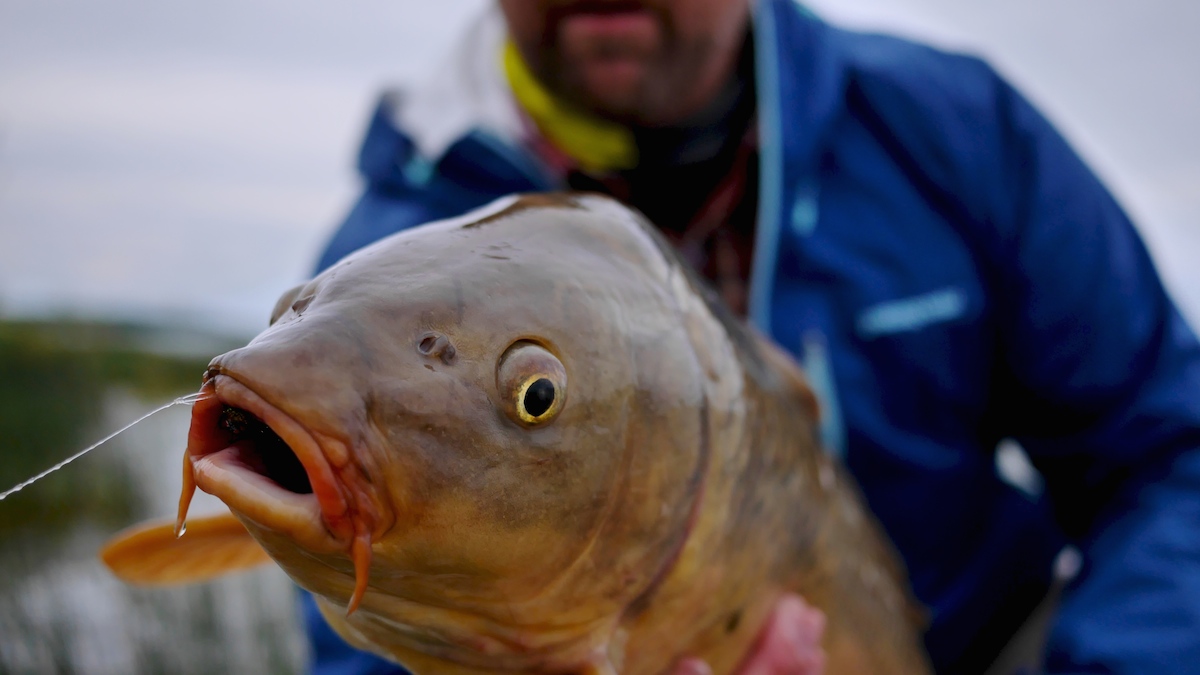 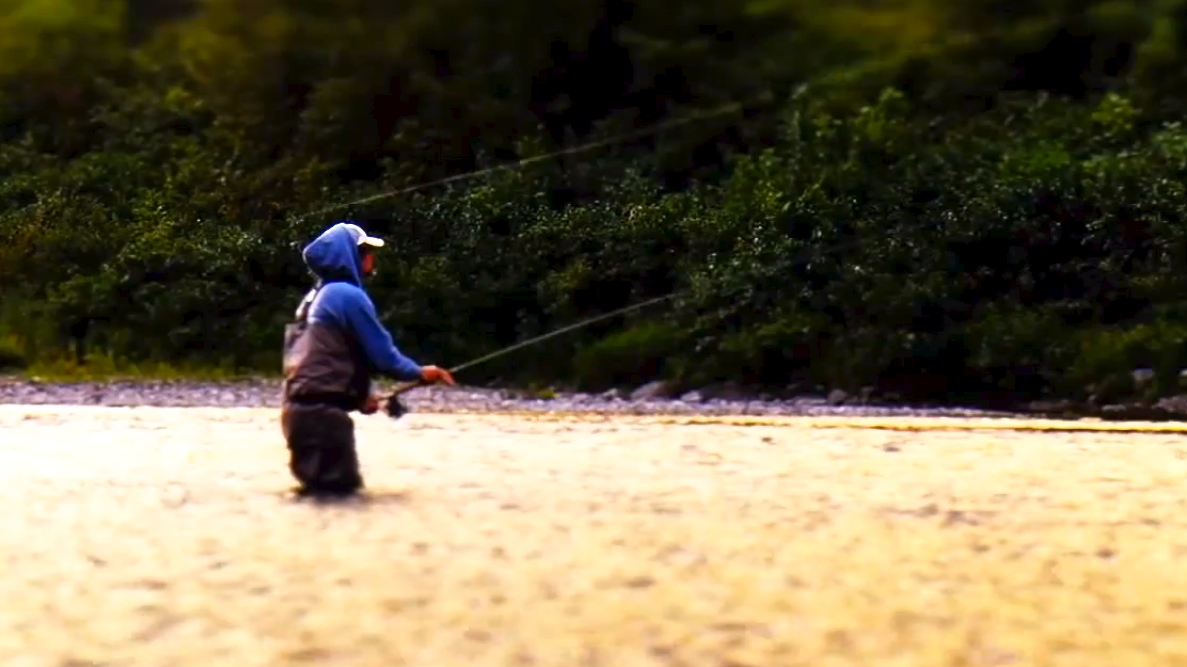 Restigouche Fall – Season’s on the Fly 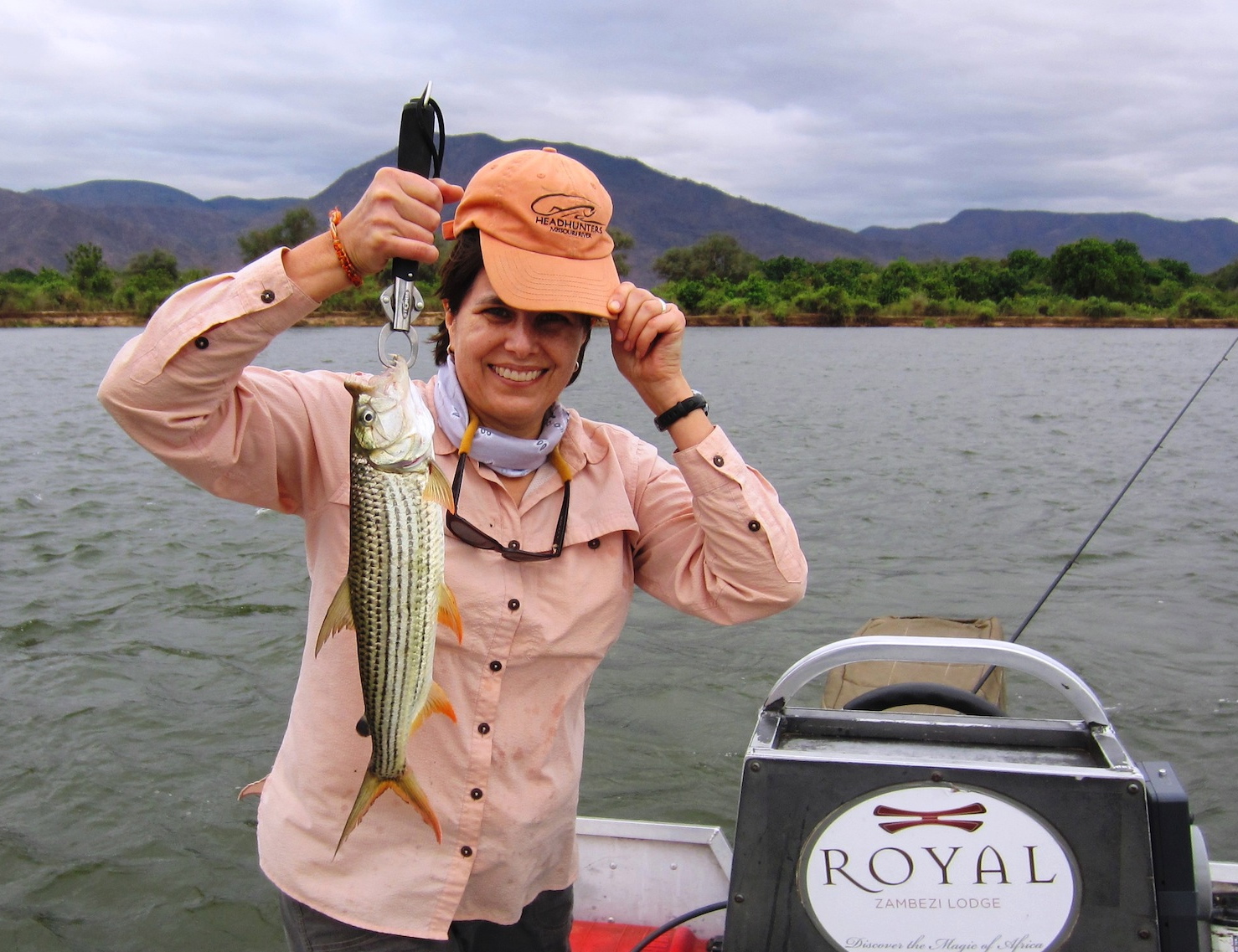