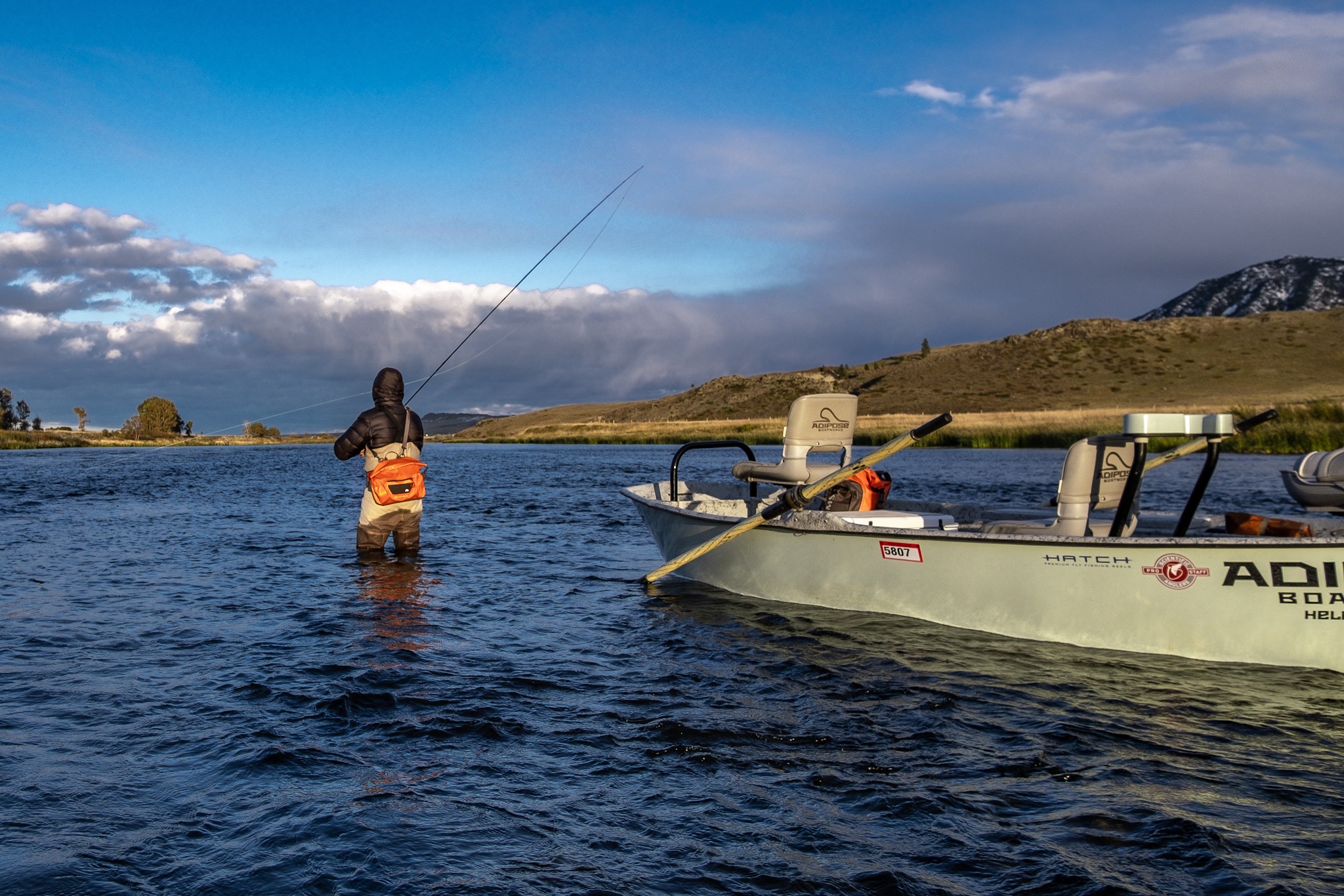 More winter on the way this week, which should ramp the swing fishing up another level (it’s already pretty good)! Right now we are under a Winter Storm Watch for Tuesday and Wednesday, followed by cooler temperatures for the rest of the week. Nighttime lows will be below freezing with daytime highs 40-50 degrees.

While we all wouldn’t mind a little warmer weather, I expect the fishing to be very good after another shot of cold weather. It usually is. And remember, though the air temps will be cold, the water temps won’t drop that much. I expect the sudden cold air to improve the streamer bite significantly.

If you’re heading to Craiglandia later this week for our Trout Spey Camp, here’s the lowdown on the fishing and what flies and lines you should expect to be fishing with:

The swing bite right now is most consistent using soft-hackles on a floating/intermediate system. We prefer an integrated Scandi line with an intermediate sonar or versi-leader. We’re finding lots of fish in fast water, and the intermediate sink rate helps the fly and tippet break through that surface tension.

We’ve had excellent but localized October Caddis hatches this fall, so larger soft-hackles like the Carey Special and Sparrow have been very effective. Again, this will be most effective in and around the fastest, rockiest riffles.

If you’re in the midst of smaller caddis and/or Pseudo’s and BWO’s, you should swing a smaller soft-hackle pattern like the Improved Soft Hackle, Translucent Pupa, or the like. You’ll need to downsize your tippet to 4X if you’re going this route, and it helps to be fishing a lighter, moderate action single or two-handed rod. (Yes, you can do all. This with your single-hander!). I expect the caddis will be a non-factor later this week, though swinging the fly may still be productive.

But some of you aren’t into the soft-hackle thing. Cuz it’s for old guys that wear wool driving caps. And you like to throw streamers. Well the streamer bite is getting better, but it’s still not great on most of the river. I’m going to it most often when I’m getting no response to the soft-hackle, especially in the bright sun. Probably best to find a big piece of fast water and fish it deeper on a iMOW 5X5 or a TC S2/S4. Using heavier tips is possible, but you’ll have to find deep, fast and weed free water. Those spots do exist.

Streamer patterns that are effective right now include the Montana Intruder, Lil’ Kim, Stinger Sculpin, and Brown Skiddish Smooth, and other typical Montana Autumn patterns. Drifting weeds can become a more significant issue with heavy streamers that use dumbbell eyes and cones.

You can also meet in the middle and fish smaller streamers and Leech patterns like the Pig Pen Leech, Fruit Roll-up, Thin Mint and other bugger type stuff. I commonly fish a tandem rig with a Thin Mint followed by a smaller soft-hackle. We have an incredible selection of soft hackles and leeches/buggers curated by Ninch that you have to check out. We’re getting comments on it daily in the shop.

These smaller streamers can be fished effectively deep, or on a lighter tip (Intermediate to type 2/3) over the weed beds. And they are much easier to cast than some of the large articulated patterns so popular in the autumn.

Water temps are still warm enough that you don’t need to “bundle-up” for fishing. Later this week your feet will be warmer than you hands in the morning. I’ve been rolling a single lightweight baselayer and what I refer to as “regular” socks. Not the slightest bit chilly with water temps in the lovely mid-50’s.

Water levels were extraordinarily high for most of the fall, but have dropped 1000cfs in the last week, which will make wading much easier and accessible for many folks. It also opens up more water to a swing. Today were at 4500cfs.

One topic I want to touch on that we never talk about at Headhunters. STREAM CLEATS. While we don’t consider them neccessary for wade fishing the Missouri, I do find myself wanting them (or wanting my clients to have them) in some of the areas that we wade while swing fishing. This is especially true right now when the best bite occurs in some of the faster spots that you would never find yourself wading while dry fly fishing.

My preference would be screws/studs in rubber soles over felt, but to each his own. If you’re going out with a guide or in a buddies boat, there is always the issue with studs scratching the boat floor. So think ahead. Bring two pairs of boots of you have them, or maybe bring a piece of scrap carpet to put in your guide/friends boat.

Again, I don’t consider them necessary, but if you are not comfortable wading swifter flows and slippery cobble bottoms, it’s probably worth considering.

We’re super excited to be hosting our first Trout Spey Camp, and despite the weather (which seems to appear anytime the town of Craig has an event), the show will go on. get your gear organized, get ready to learn and get ready for a great weekend of fun and fishing!