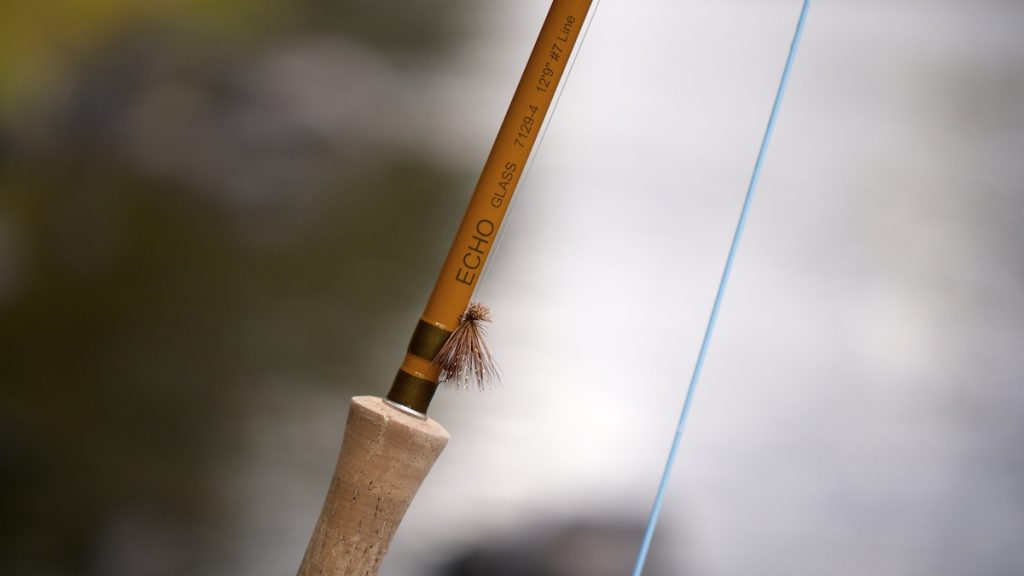 With the resurgence of fiberglass fly rods, it was only a matter of time before someone brought archaic glass technology to the two-handed market. Leave it to ECHO to be the first with a production model (there are some blanks out there), and they’re bringing both switch and spey models to us this winter. I first saw these at the iCAST/FTD show in July, and the “wiggle-test” alone told me I must try them.

Here’s the product intro from Red at ECHO via Midcurrent:

So, there they are. Now I just need to give one a try. The one thing I know about non-graphite construction, is that I will either love it or hate it. There’s a lot more room for error when a manufacturer decides to go down the glass road.

We had briefly “grass-cast” the rod at our shop a few weeks ago during a visit from ECHO rep Brandon Prince. Loaded with a 510 Scandi, you could actually huck it off the sod. But that was our only test, and I wanted to give it a real workout before our Swing Season starts on the Missouri. Miraculously, an ECHO 12’9″ #7 glass two-hander arrives days before a scheduled Steelhead trip in Eastern OR. The perfect place to try it out.

Fit & finish are very nice on this rod. The blank is a classic glass color I believe aficionados refer to as “honey”. Very cool and the olive wraps look great on it. Guides are typical two-handed chrome.

I really like the grip and seat however. The grip is a classic “cork-only” style that you rarely see anymore. No, it doesn’t have 15 colors of burled and rubberized cork spaced throughout it. Which is fine by me. There is quite a bit of filler in the grip, but grips I see on rods costing 3X as much have the same. And at $300 I’m not going to say a thing.

I really like the reel seat. It has a brushed/satin finish that reminds me of glass rods from the 60’s and 70’s. It also has a cork insert which I like. It also stayed tight while fishing, and you can put a tremendous amour of force on this rod, which often loosens reel seats and ferules (which also stayed true).

The rod comes in a nice natural colored cordura case with sock that’s a “rounded-triangular” shape.

I fished the ECHO glass 95% of my trip, lined up with a Airflo Compact Scandi 480gr head. The grain window is 480-590, and is designated correctly. While I will probably stick with the 480gr Scandi, I think I will recommend a 510gr for most casters in our shop. For Skagit systems, I will most likely use a short head at the top of the grain window.

Casting is effortless with this rod at short and medium distances. While obviously not the most powerful stick you’ll throw, the slow and smooth action definitely puts a smile on your face. And while slow, is not what I’d call “glacial”. It’s has some pop, and a ton of latent energy gets built up when you load the rod. You can really crank on this thing. Which is fun.

While the slow action makes you think Skagit, it throws a Scandi with power and accuracy, though you do need to nail the timing at longer distances. It doesn’t take long.

Speaking of longer distances, the ECHO glass easily casts the distances most anglers will find themselves fishing. I never felt that I didn’t have enough rod or distance, but I could get to “the end” of what the rod was capable of doing comfortably. I think using a 510gr line (or a longer head) would have added a few feet and some “punch” to the end of my  longer casts.

There are a few situations where fiberglass might hurt you. Giant rivers like the Thompson, and very windy rivers like the Snake and Deschuttes come to mind. But other than those unique places, I think this rod can be an everyday driver for most anglers. If I was packing for Smithers today, it would be the first rod in the car.

I didn’t use the ECHO glass for Skagit purposes, but I have no doubt that it launches a short head and a big tip. I will find out shortly here on the Missouri. Watch out Walleye.

The big concern with fiberglass (or bamboo) is the extra weight you’re carrying while holding your rod. A few ounces add up over the course of a week. The first thing I noticed when I picked it up, was that it was lighter than expected, and the butt diameter of the blank was much narrower than I expected. Good job ECHO.

But, it is heavier than some of the most modern graphite rods. The other rod I fished during the week was a similarly sized Sage METHOD 12’6″ #6, and I definitely could feel the difference. The weight does add up over several long days of fishing, but I don’t think I would call it a deal breaker. Smaller anglers or those with wrist/elbow/shoulder problems might find it an issue.

I found the rod light enough to balance with a Hatch 9+ no problem. My 7+ was a touch on the light side, but I would have used it without complaining. The rod does not feel like it needs an extra-heavy “spey” reel.

The slow action and extra weight do make mending a breeze, however. Long mends were effortless.

The ECHO Glass two-hander is a great rod, and what I would call an unbelievable deal. A glass Spey rod for $300 could sell as a “gimmick” rod. Something you break out here and there for the challenge, comments and a few laughs. But this rod is not a gimmick. It’s a great fishing and casting tool. It really has few weak points, and for most anglers it may be all they need. The easy casting stroke will be less frustrating for newer two-handed casters as well. And for $300 you can easily afford to pick one up for a second (or 3,4,5) rod. More importably, those new to two-handed fishing can get a great rod without selling your roommates gear on ebay.

All for now, but expect to hear and read more about the ECHO Glass Spey and Switch rods from us this winter. 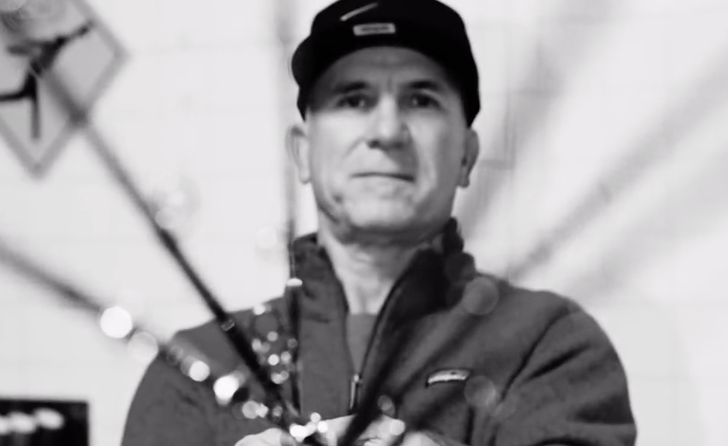 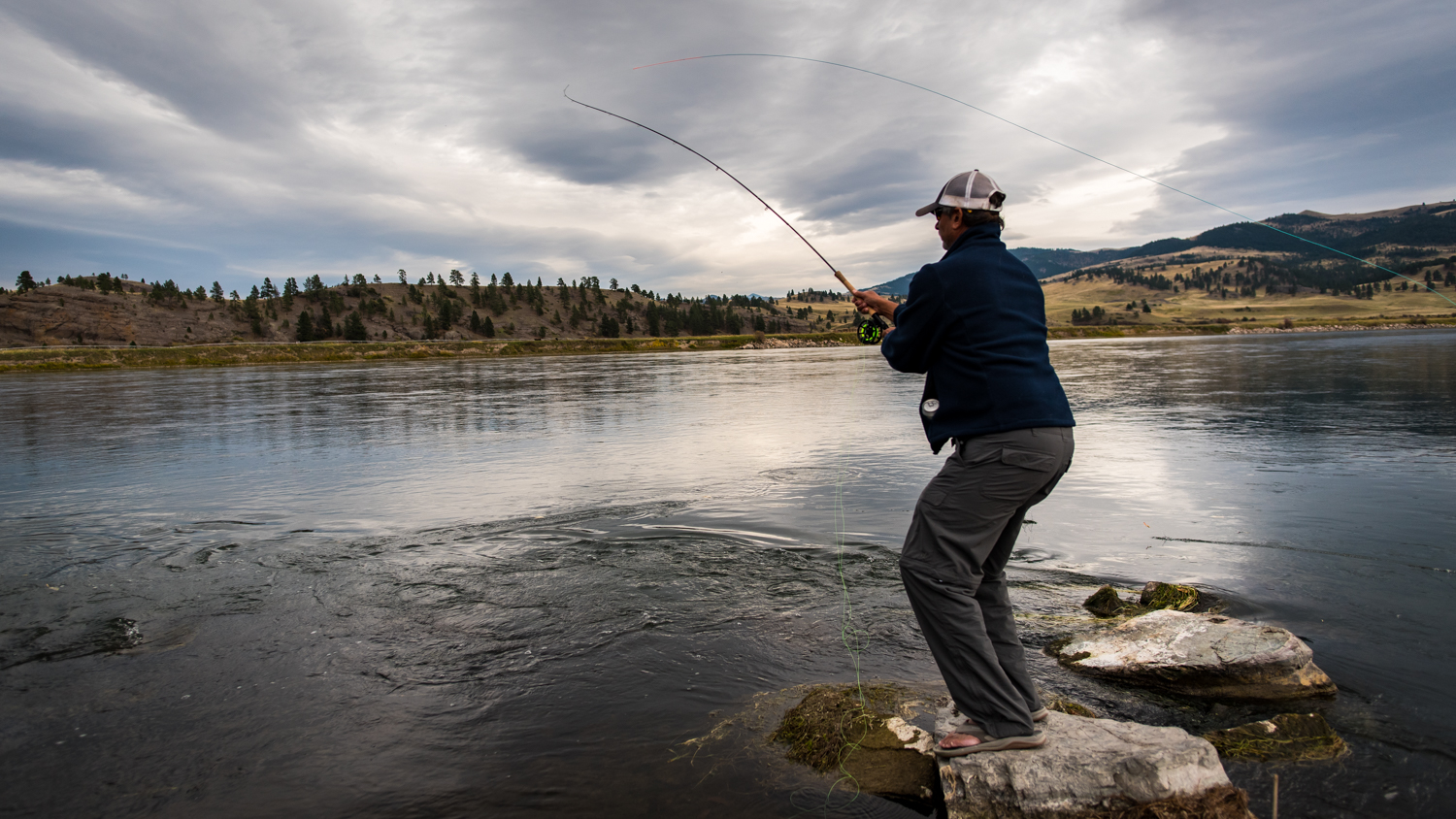 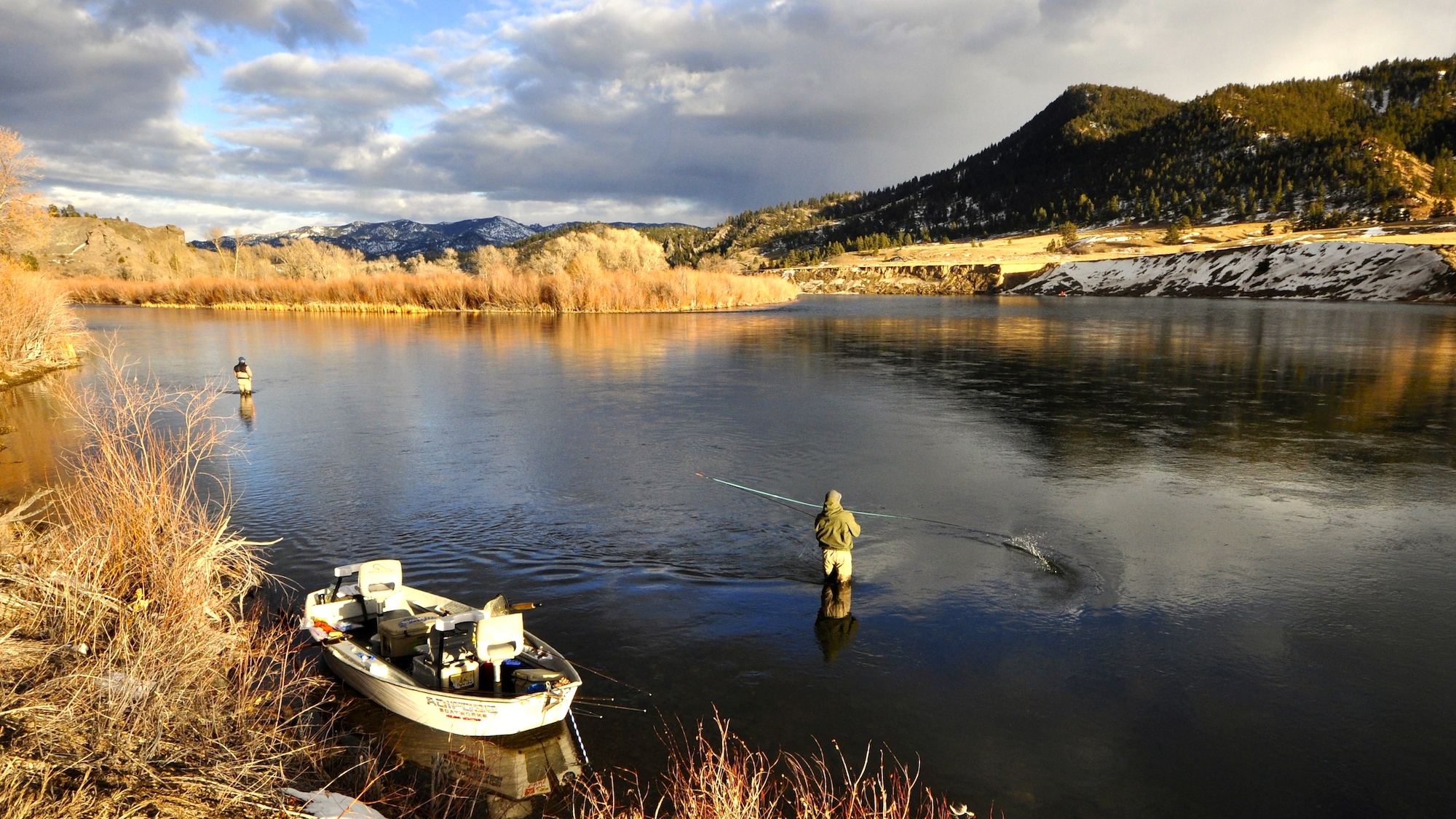