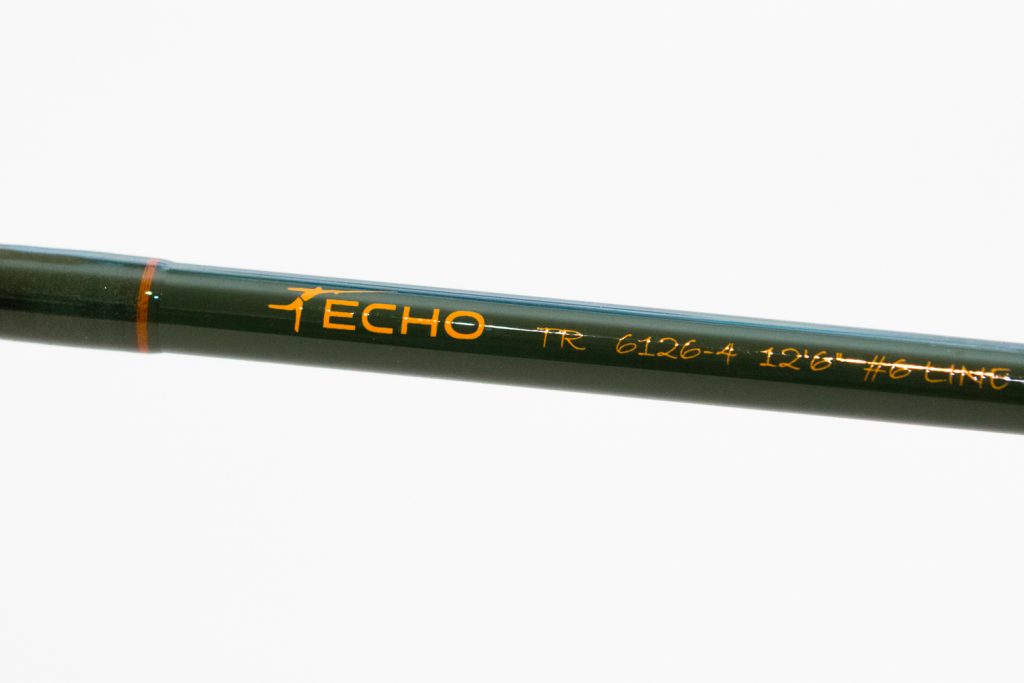 The ECHO TR (Tim Rajeff) has consistently been one of our most popular Spey rods over the last several seasons. It’s combination of price and performance is unbeatable, as it’s ability to throw a variety of lines and casts. ECHO has reworked the TR series for 2017 (now TR2), and so far we love what we’ve cast. A slight rise in price brings a very nice cosmetic upgrade, and two new Troutspey models that we’ve desperately been in search of.

We were told that existing models would remain the same other than paint, which is a nice glassy army green instead of the stealthy – but ugly – matt finish of the previous seasons. Subtle orange trim was added, with nice utilitarian components and cork. I personally prefer my spey rods to look understated – and these do – instead of the 8th grade wood shop lathe experiment that many two-handers seem to display. Nice job ECHO!

Last year the lightest models in the TR lineup were a 12′ #4 and 12′ #5. The 12′ #4 was a strong rod, perfect for the Missouri, but it was a touch too long for a 4 weight, and really fished at the 4 1/2 – 5 weight range. An excellent tool, but you never felt like you were swinging an “ultralight” rod. The #5 was an excellent caster, but sits at that weird zone in between a big trout rod and small stream Steelhead rod. ECHO killed the #5 for 2017, and I suspect that was due to lack of sales.

The two new Troutspey models consist of an 11′ #3 and a 11’3″ #4. Both are sweet rods. True spey actions instead of compromising switch actions (which we disdain) and have that UL feeling in the hand, which is the idea. We’re finding the 11’3″ #4 is pretty much the perfect rod for the Missouri, slinging Skagit heads in a wide window up to 360 grains, which will turn over most tips and flies we’d find ourselves using on the Missouri. The new Ariflo Scout is a great matchup. This setup got rave reviews from the customers at both of last weekends spey clinics.

If you’re looking for a floating setup, we like the Scientific Anglers Adapt 320. This line is referred to as a “switch” line, but we don’t use that word around here. The 22′ head with integrated running line will fit faster Scandi strokes perfectly. This line is not often talked about, but it currently the best “troutscandi” we have found. We just wish it was rigged as a shooting head.

The 11′ #3 is perfectly capable of handling the Missouri, but you’re going to find yourself a little short – or working too hard to stretch it out – on the bigger runs around Craig. We’ve spent some time with this rod on medium and small sized freestones (think late season on the Big Hole) and it’s our favorite rod for those situations. Frankly, it’s the funner to cast of the two, with a lively and light action. Just lacks a little power that you might want on a windy day at Wolf Creek Bridge.

Like the 4 weight, the grain window is pretty wide on this model, and sustained anchor casters will be happily overloaded while faster strokes can lighten it up and retain plenty of speed. I’m not a fan of mono shooting lines, but on the really small stuff (2 and 3 weights) I’d probably recommend it. We’re pretty happy with 40lb OPST Laser Line, and while a bit larger in diameter than some would recommend, we don’t feel that we’re sacrificing anything, and we get better line-grip while retrieving streamers for trout.

I’ve tested a lot of line weights on these models, and while I have my personal favorites, I have not found a line that I couldn’t get out to the fish. Something I can’t say about all rods.

Like the 4 weight, most guests at our clinic exclaimed “wow” after spending a half hour with the 3 weight. In general, we do think these lightweight troutspey’s fish best with Skagit heads (which is how they were rigged for the clinic) and retain more versatility that way, at least with the current limited crop of lines available for UL Spey rods.

If you’re debating a purchase, we recommend swinging by the shop and picking up 3 or 4 heads and taking a day to test them out, preferably from both sides of the river. Most quickly find the grain weight they like. Popular heads on these rods are the aforementioned Airflo Skagit Scout and the OPST Commando.

I mentioned the 12′ #5 was killed (RIP), so moving up the line we find the previously built 12’6″ #6, 13′ #7 and 13’6″ #8, all standard lengths for those weights. We are carrying (demo rods as well) the 12’6″ #6, which has long been a favorite rod of our on both the Missouri for trout, and on upper Columbia tributaries for Steelhead with floating lines. This rod works fine with a Skagit head and sink-tip, but if I were on a week long winter Steelhead trip – and was expecting rain and high flows – I’d definitely recommend the #7 or #8 for serious lobbing and dredging. We don’t currently inventory these rods, but can have them here quickly for you to try/buy if you’re interested.

Quickly, the two troutspey models have become favorites around the shop, both with customers and our staff. They are an unbeatable deal and could be called the best spey rod for the money. But we consider them to be much better rods than the price suggests. Those new to the sport will be attracted by the price, yet you won’t outgrow these rods, and you’ll never feel like you don’t have enough rod as long as you’re using the right model for the situation. 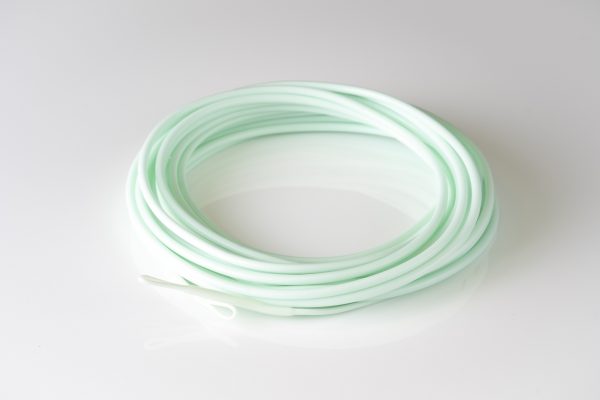 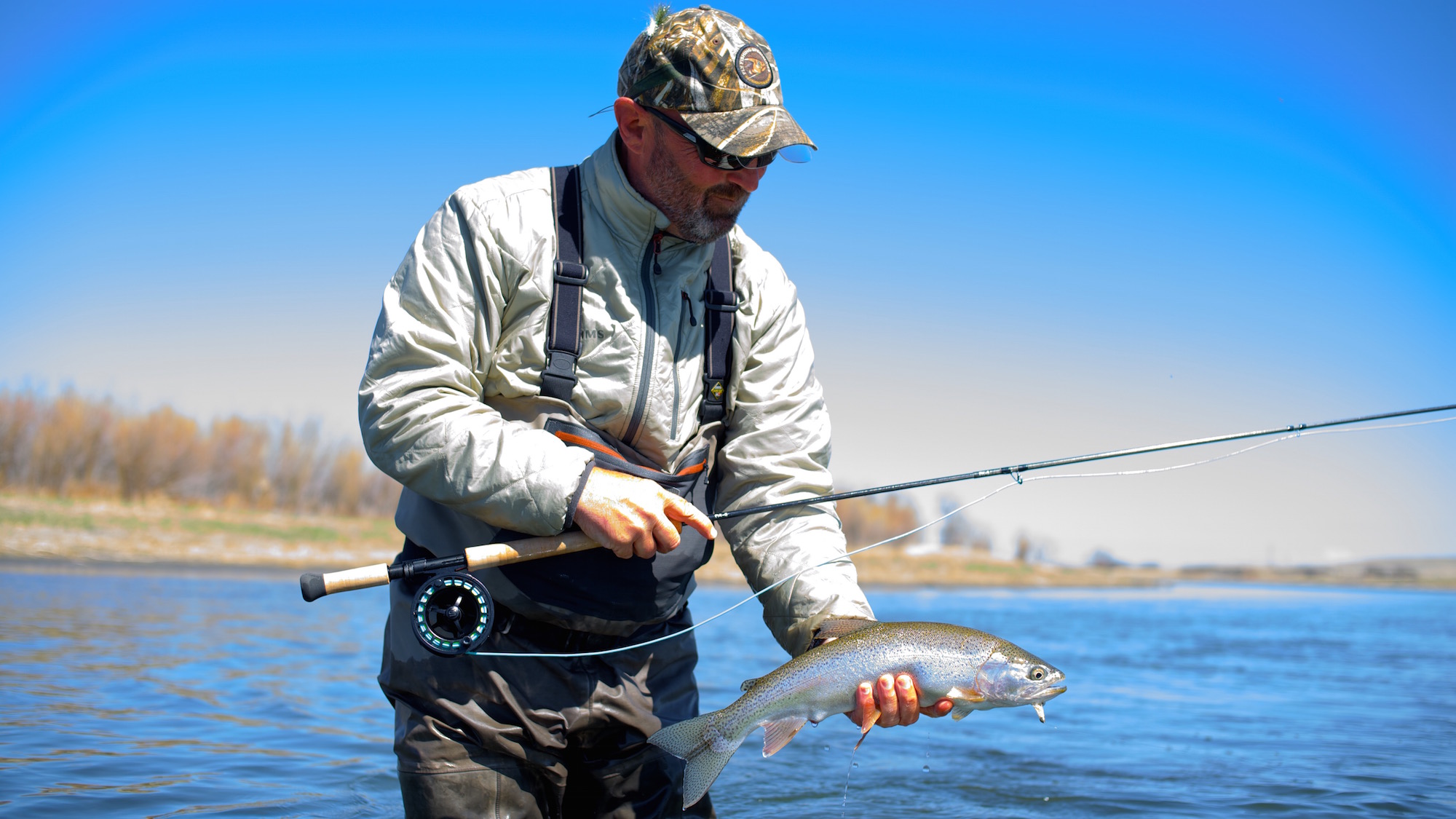 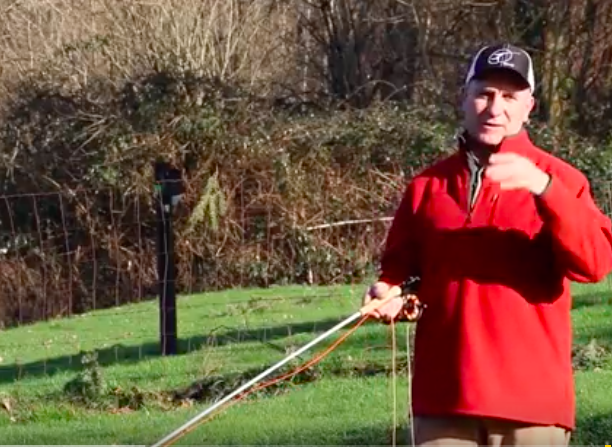 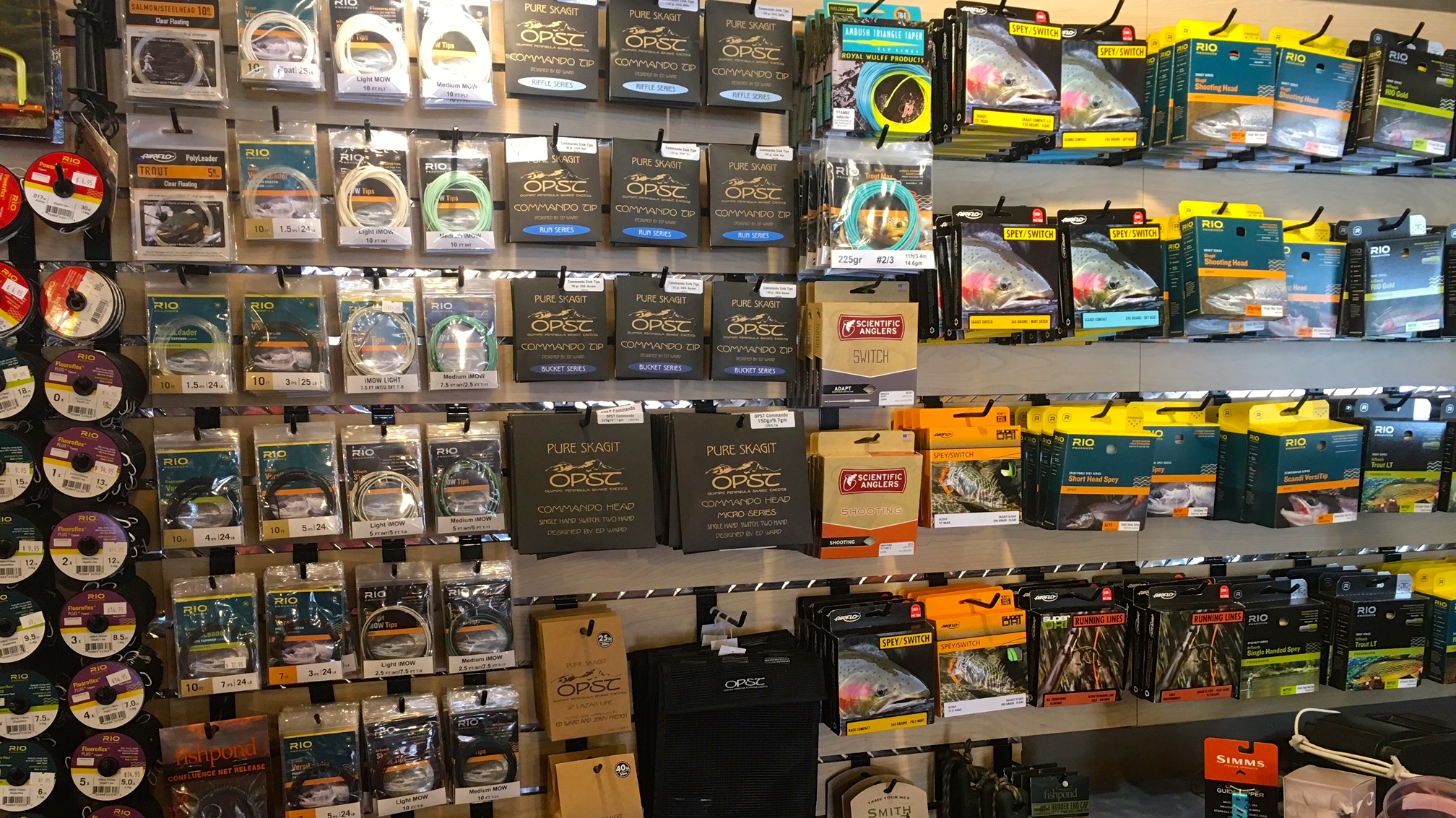