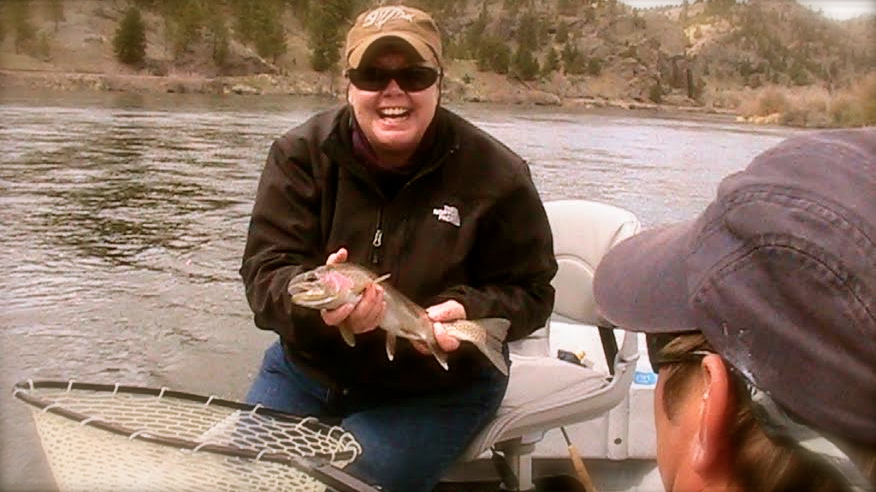 My Day with Nick and the Fish Magnet

Ed Note: This article sent to us by Headhunters Fly Shop friend Terry Armstrong in regards to their annual guided trip through Headhunters Fly Shop and Guide Service during the Spring Special. Headhunters Guide Nick Stipech is the guide in this story and a strong asset of our guide team. Thanks to all for participating and to you Terry for writing and fro you Gigi for becoming the fish magnet!

My Day with Nick and the Fish Magnet | Terry Armstrong

This year’s trip started the night before with us making sure all our needed gear and then some was packed and ready to go. We packed two 5 wt graphite rods; one was my old reliable workhorse rod a Sage RPL that has been with me over 25 years now, and the other my wife Gigi’s Winston.

Then just in case this happened to be the day the fish started poking their noses out and sipping on midges and BWO’s I threw in the Sweetgrass Mantra bamboo rod I bought last October and haven’t had much opportunity to fish with yet. Then I gave some serious thought to throwing in the 8wt streamer rod for good measure. I couldn’t help at least thinking about it. It’s the streamer junkie in me.

The rods where then followed with an assortment of other items deemed necessary for a day on the water in late April. Hats, gloves, handwamers, rain gear, and of course the condiments: wine (for her), bourbon (for me), and cigars.

We arrived Sunday morning at 8am in the thriving metro Craig area. Town was buzzing and the Headhunters Fly Shop parking lot was wriggling. To be honest I really didn’t pay much attention to the rest of the town except for a brief whimsical gaze in the direction of Joe’s Bar. We met up with Nick, our guide for the day, was already there and waiting.  We exchanged pleasantries, decided on section of river to float, and transferred gear from our vehicle to his.

We started at the Wolf Creek Bridge without incident.  Just the last minute usual trips to the little unisex concrete bathroom. I have to admit it is nice having someone rigging rods for you and putting the boat in the water while you light a cigar and enjoy the view. Or in Gigi’s case…wandering around the area contemplating possible hiding places for a Geo-cache reportedly in the immediate area.

The boat was launched and so began our day on the water. It was a great day of nymphing with a long leash and some scud imitations. Gigi as usual caught at least 2 fish to my one, and probably even better than that, but who’s counting?

On many occasions Gigi had a fish on before I even had my line all the way out. Chicks rule and she was a fish magnet on the water. The fish are definitely becoming more energetic with the warming water temps. Didn’t get a look at the backing but came close on a couple of occasions.

We were into fish all day long with mostly sunny skies and cool temps 40 to 50 degrees. The big “W” reared its ugly head at times but had an adequate number of merciful reprieves to keep the day fun. Half-way through the float I was thinking this was going to be to short of a day that we should have chosen a longer float, but by the time we reached Spite Hill to take out I had caught plenty of fish and was more than ready to bring a great time to a great end.

Gigi being the show off, and a fish magnet…she caught one last fish as we headed to the takeout.

Once again I ended a day of guided fishing as a slightly better angler then I started with a few more tidbits of knowledge added to my 35 plus years of experience. It never ceases to amaze me how little I know. After fishing the Missouri River 50 plus days a year for 35 plus years I still am learn new things every time I fish with someone else or read a book.

This was my fourth guided trip in my life and my third on the Missouri and I have ended each trip a little better angler than when I started. Thanks to Headhunters Fly Shop Nick Stipech for a great day. 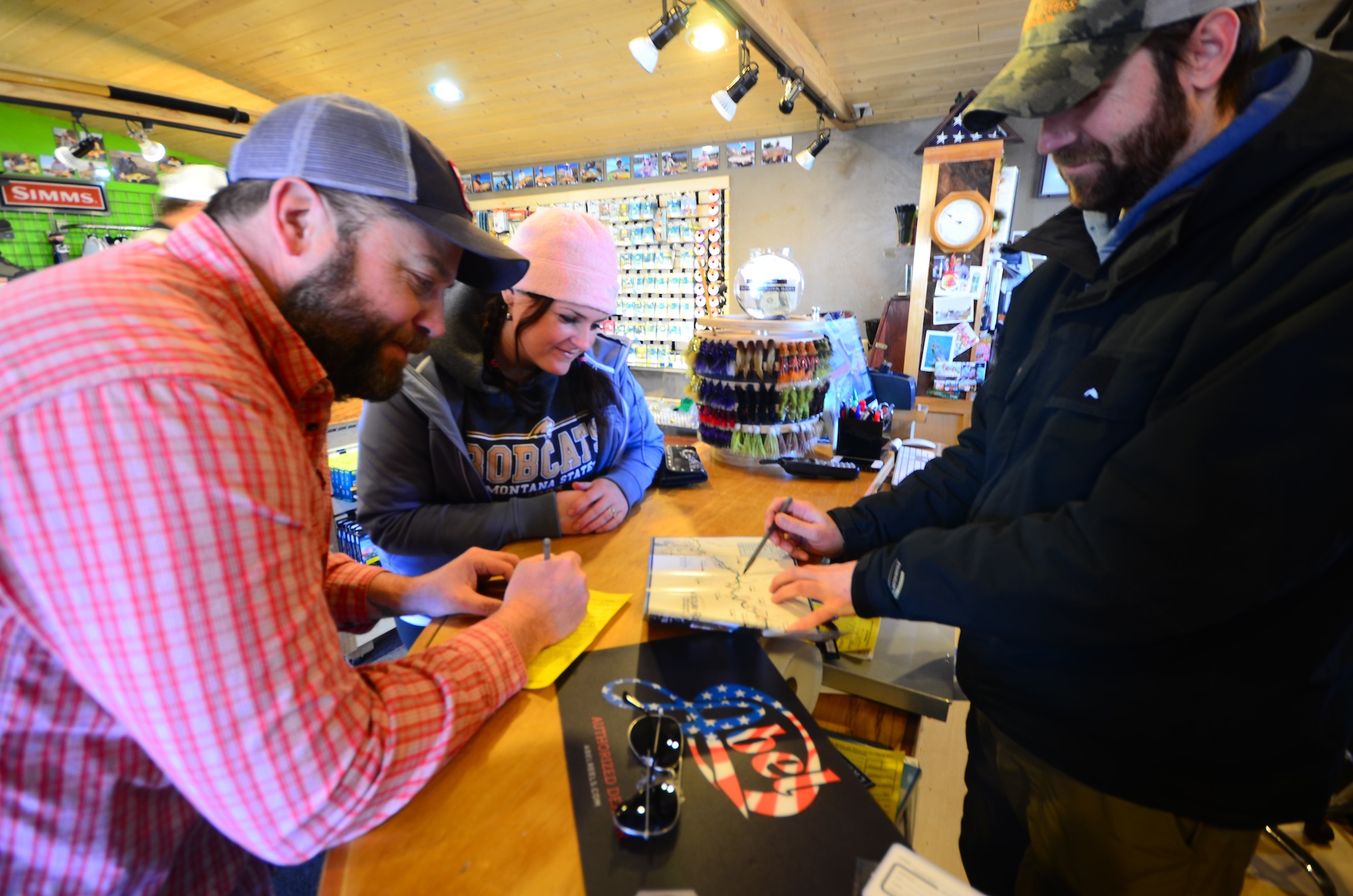 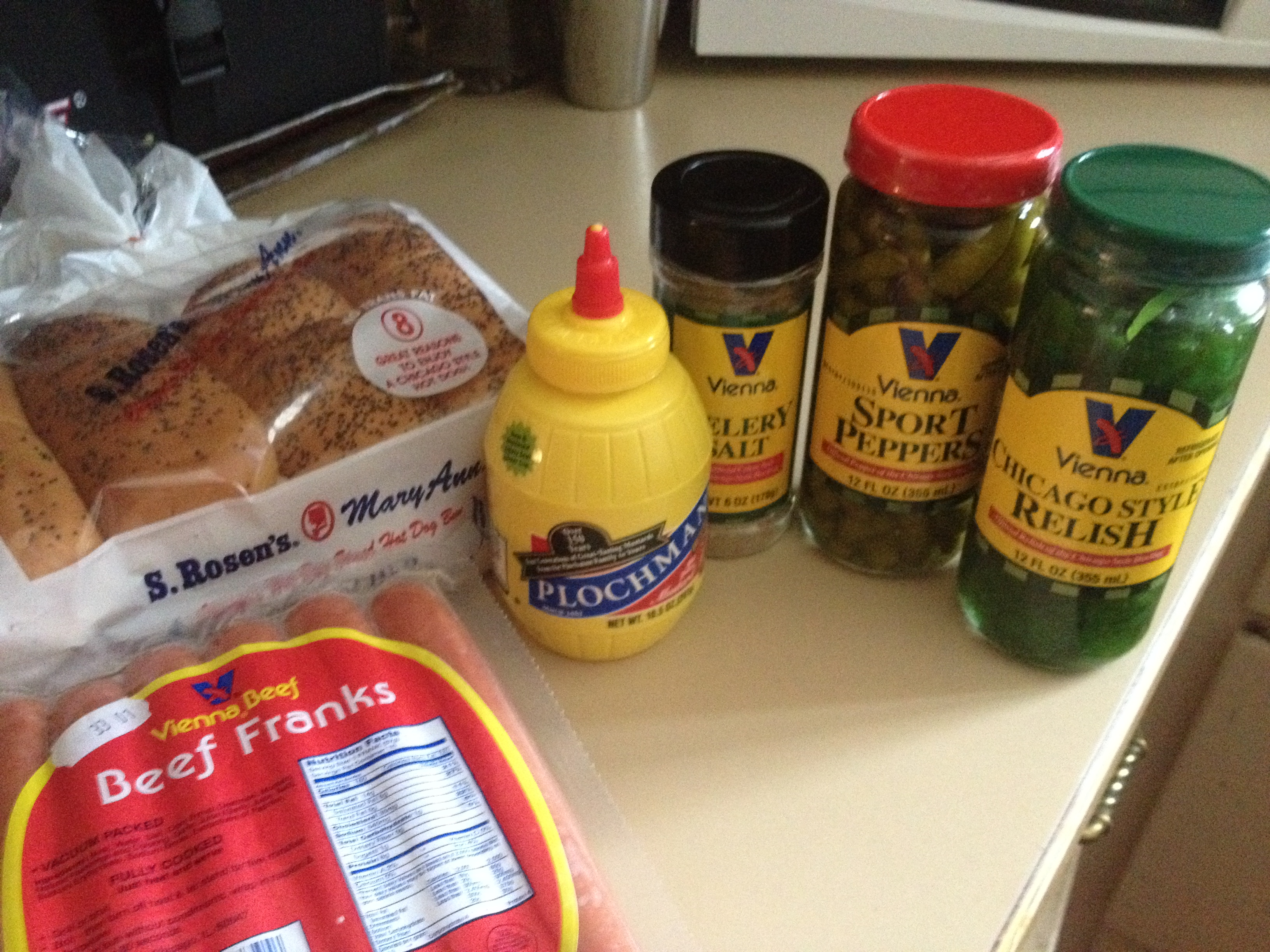 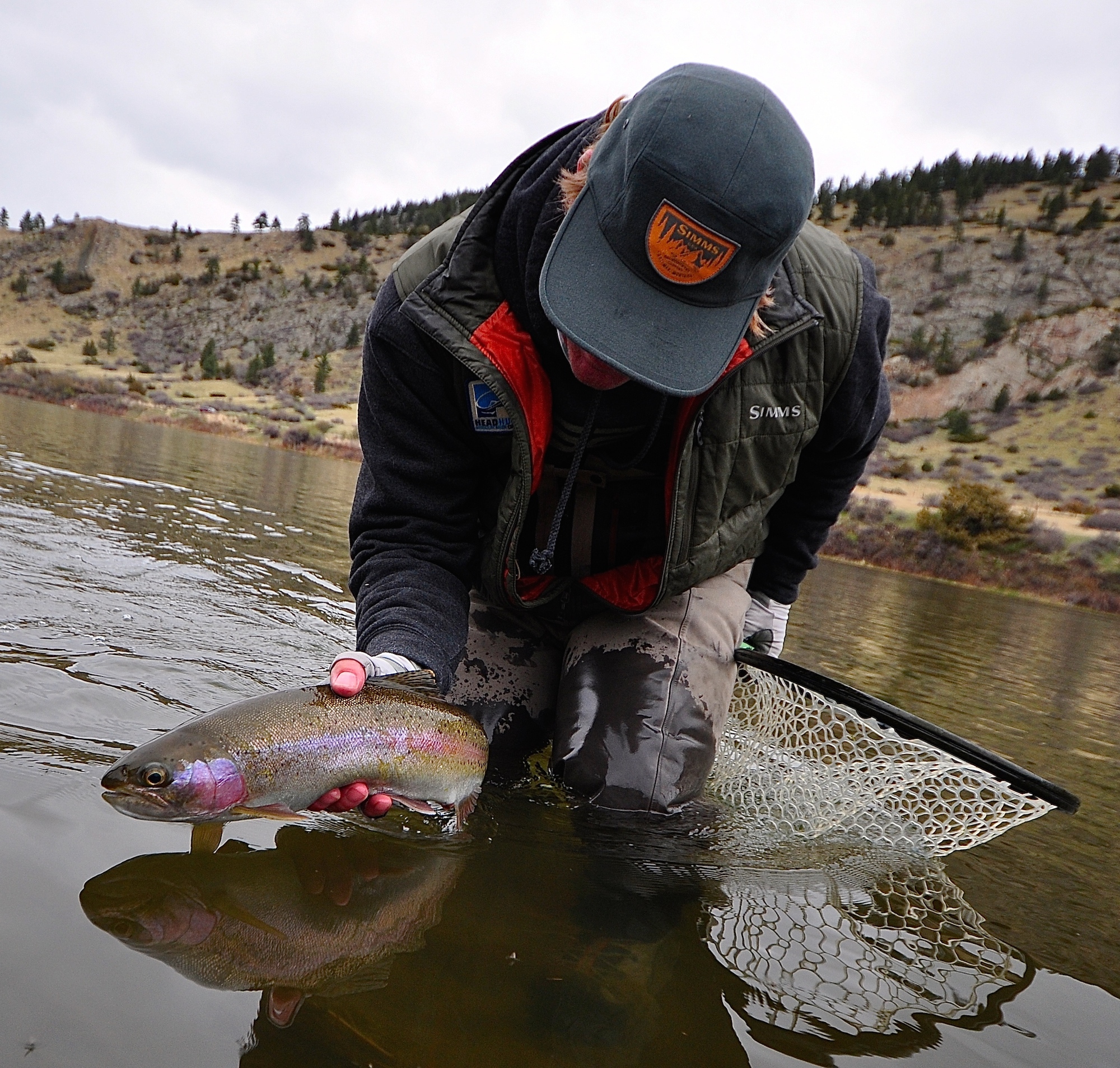