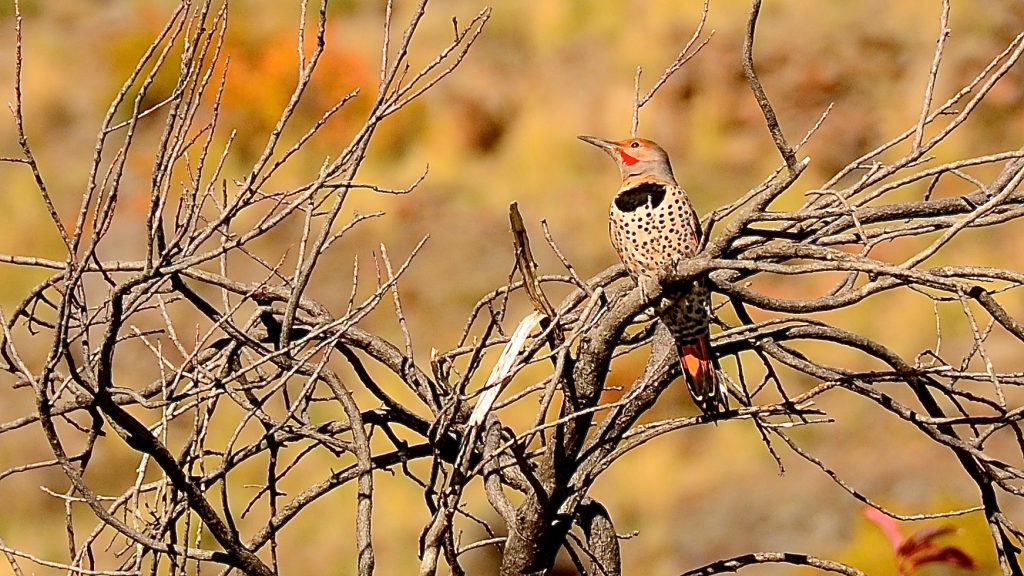 Flickers are fairly large woodpeckers with a slim, rounded head, slightly downcurved bill, and long, flared tail that tapers to a point.

Flickers appear brownish overall with a white rump patch that’s conspicuous in flight and often visible when perched. The undersides of the wing and tail feathers are bright yellow, for eastern birds, or red, in western birds. With a closer look you’ll see the brown plumage is richly patterned with black spots, bars, and crescents.

Northern Flickers spend lots of time on the ground, and when in trees they’re often perched upright on horizontal branches instead of leaning against their tails on a trunk. They fly in an up-and-down path using heavy flaps interspersed with glides, like many woodpeckers.

Look for flickers in open habitats near trees, including woodlands, edges, yards, and parks. In the West you can find them in mountain forests all the way up to treeline.